Store-brand products are usually associated with compromise — and not the good kind. Those who opt for name brand over generic products assume they’ll sacrifice quality for price, believing that there’s just no way an off-brand item can be both cheap and superior. But Costco’s Kirkland products debunk all previously established stereotypes. Not only are many of these store brand products economical, but Costco loyalists obsess over their top-of-the-line value.

Both seasoned Costco veterans and potential bulk-buying newbies must know about these store-brand products making headlines. Here are 15 items you won’t want to pass up ever again. 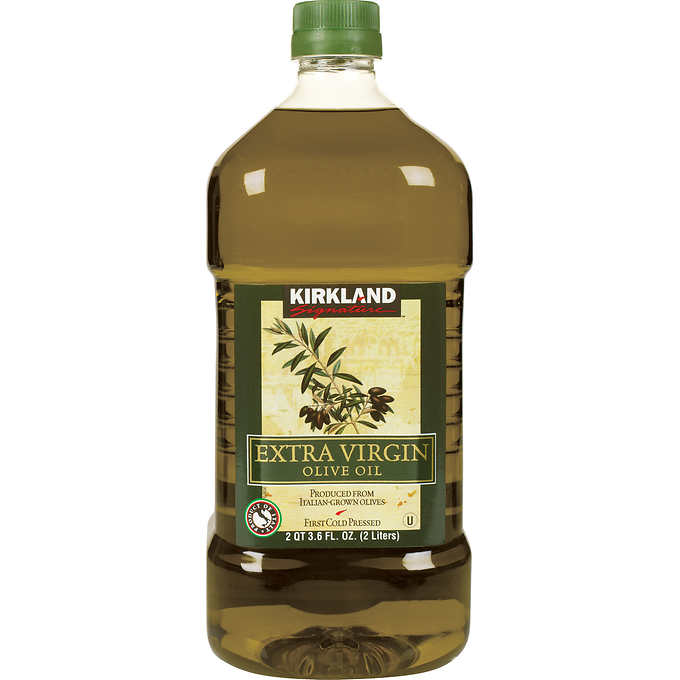 It’s one of the best olive oils you can buy. | Costco

A University of California Davis study says Kirkland Signature is one of the best imported olive oils you can buy. Other inexpensive competitors fail to meet the IOC/USDA standards for extra virgin olive oil, but Costco’s brand does. It’s not diluted with cheaper oils and many shoppers agree that it has a superior quality and flavor lacking in its pricier counterparts.

Next: Never pass up on this item 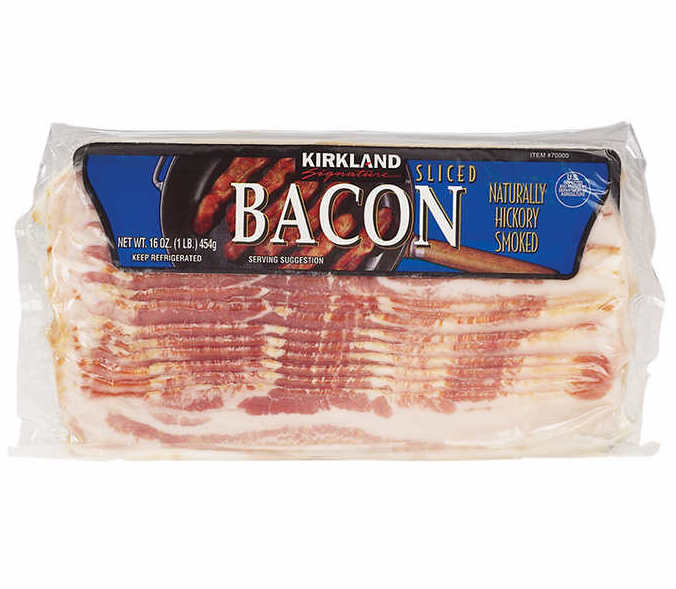 For the true bacon lover. | Costco

Bacon is another item that flies off the shelves at Costco. Kirkland Signature topped the charts on Consumer Reports bacon rankings. It beat the second most popular bacon, Oscar Mayer, in blind taste tests and was the only bacon to rate as “Excellent” on the report.

As with most Costco products, you’ll buy this in massive four-pound intervals, but we think few people would consider having that much bacon on their hands a problem.

Next: People love this Kirkland product 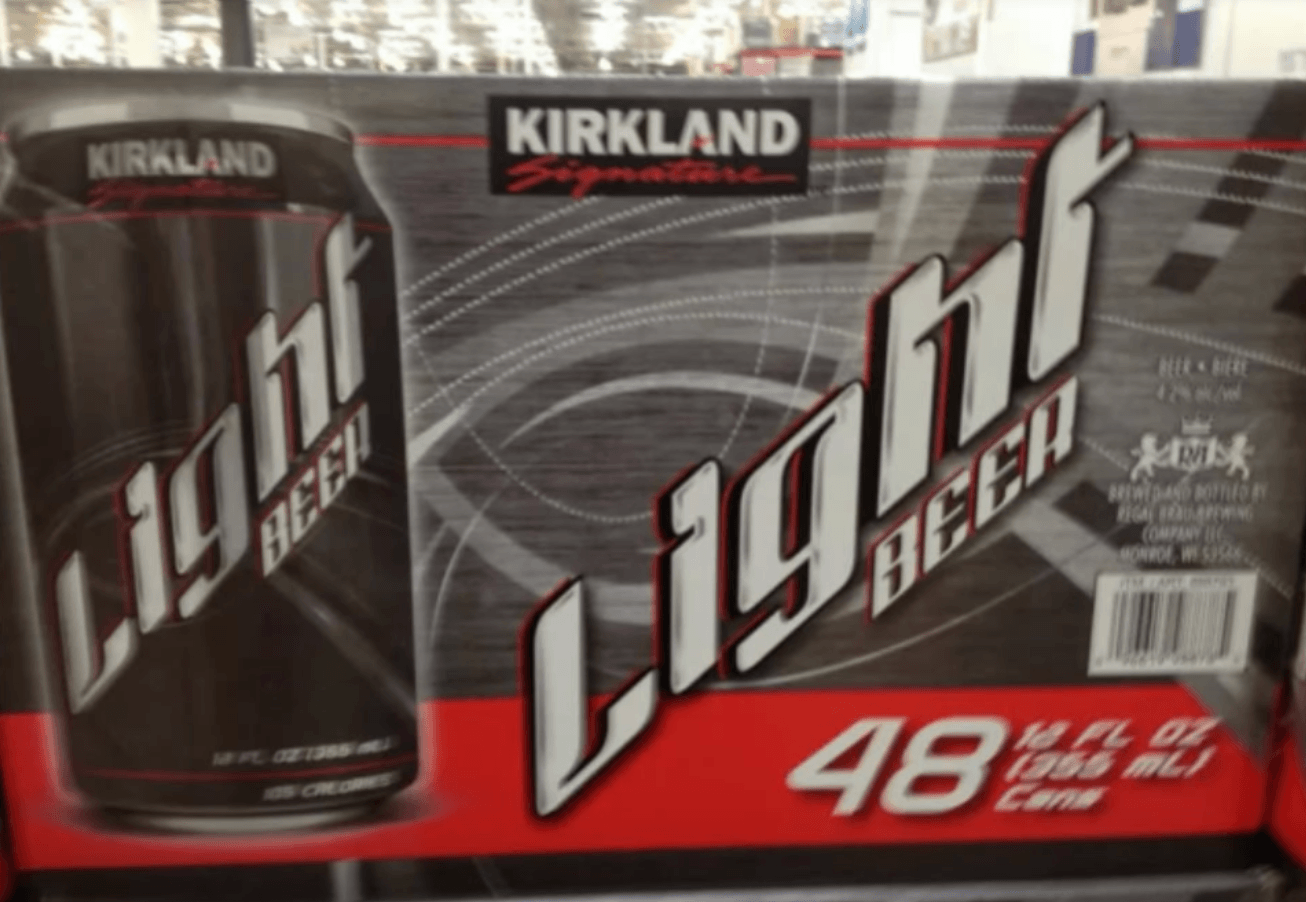 Regulars know that no trip to Costco is complete without a swing through the beer aisle. Kirkland Signature Light beer is, well, light, but shoppers appreciate its low prices for 30- and 48-packs of brew. A beer that’s both affordable and tasty? What could be better?

Next: A sweet treat

Though you won’t find Costco’s ice cream products winning any awards against Ben & Jerry’s or Haagen-Dazs, it does surpass other notable brands like Breyers and Baskin-Robbin for both taste and affordability. Loyalists love the real vanilla flavor associated with this premium ice cream. Consumer Reports “Best Buy” rating suggests this Kirkland product will appease even the toughest dessert snobs.

Next: Speaking of vanilla… 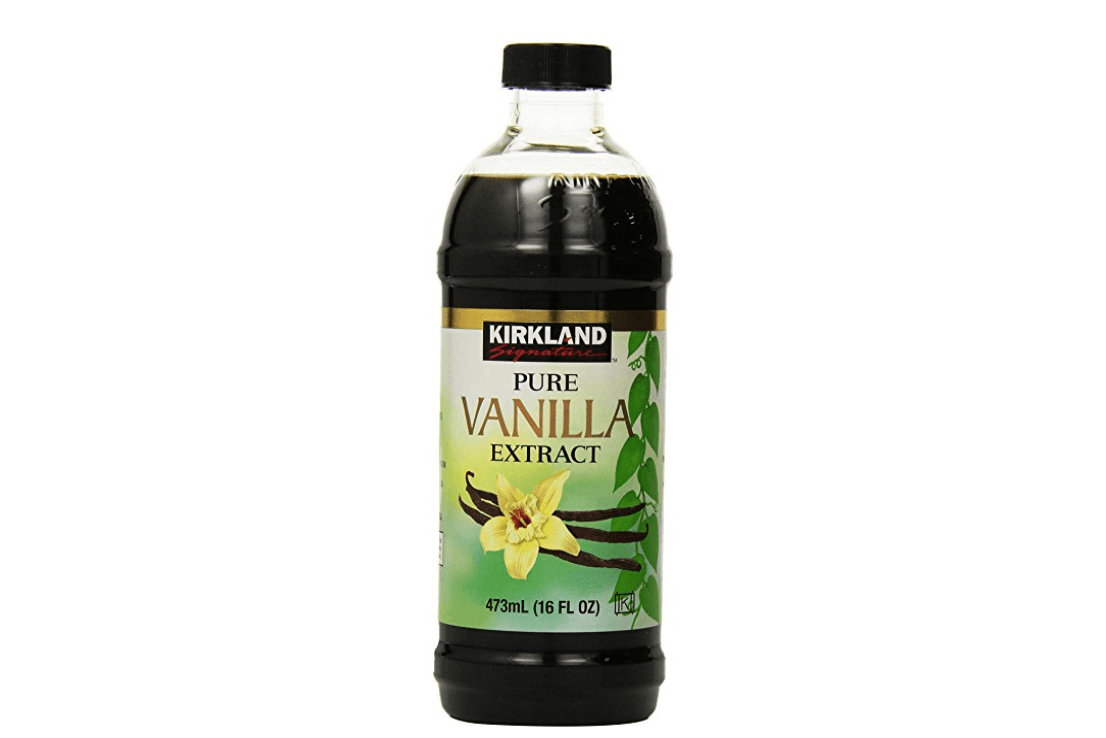 Costco’s vanilla extract is much more affordable than what you would get at a traditional grocery store. | Amazon

Most of us already opt for off-brand vanilla, as the real stuff prices lean toward downright unaffordable. Vanilla prices have soared in recent years, which has Costco fans flocking to a cheaper alternative, Costco’s off-brand pure vanilla extract. At 16 ounces, the savings per ounce is significant. And it tastes good to boot.

Next: Don’t discount this item just yet 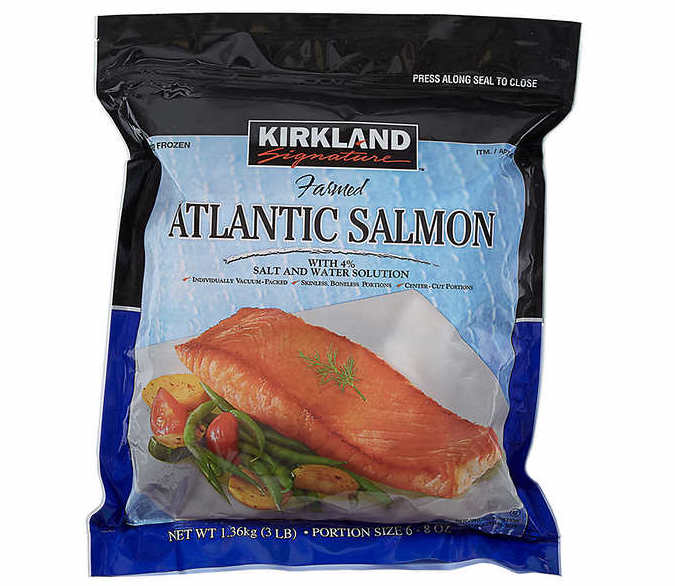 The salmon is a great deal. | Costco

Food bloggers everywhere rave about Kirkland’s wild salmon from Alaska. Food plucked from the most sustainable salmon fishery in the U.S. gets high marks from customers as well. It’s yet another bulk bargain boasting sizable quantities typical of the warehouse chain, but the fillets are individually wrapped, which makes portioning as needed a synch.

Next: A product people love more than Whole Foods

The proportions are enormous. | Costco

It’s cheaper to buy parmesan cheese from Costco than a wedge from the grocery store. Costco’s Parmigiano-Reggiano Streicher is roughly $12 per pound and a certified Italian-made cheese. It, too, is sold in monstrous proportions, so one buy will satisfy a hungry family’s cheese craving for months. Even better, many say this store brand is almost half the price of similar products found at Whole Foods.

Next: A clear winner

The Costco detergent is half the price of its competitors. | Costco

Laundry detergent is another Costco-brand product making waves with Consumer Reports experts. Tests found that Kirkland Signature Free & Clear laundry detergent is just as effective on tough stains as Tide Plus Ultra, yet it costs nearly half as much as its name-brand competitors. Shoppers also appreciate Kirkland’s affinity for sensitive skin, which could also explain why people can’t get enough of this noteworthy store-brand product.

Next: Can’t argue with numbers

Experts say Costco’s baby formula is one of the store’s best-kept secrets. | Costco

Joel Larsgaard from Clark.com says that Kirkland Signature baby formula is one of Costco’s best-kept secrets. In fact, he loves this store-brand item so much, he says just one sizable purchase (is there any other kind?) will almost pay for your annual membership. His price comparison found Kirkland signature brand formula to be 43 cents cheaper per ounce than name brand Enfamil.

Next: This one perk makes a membership worth it 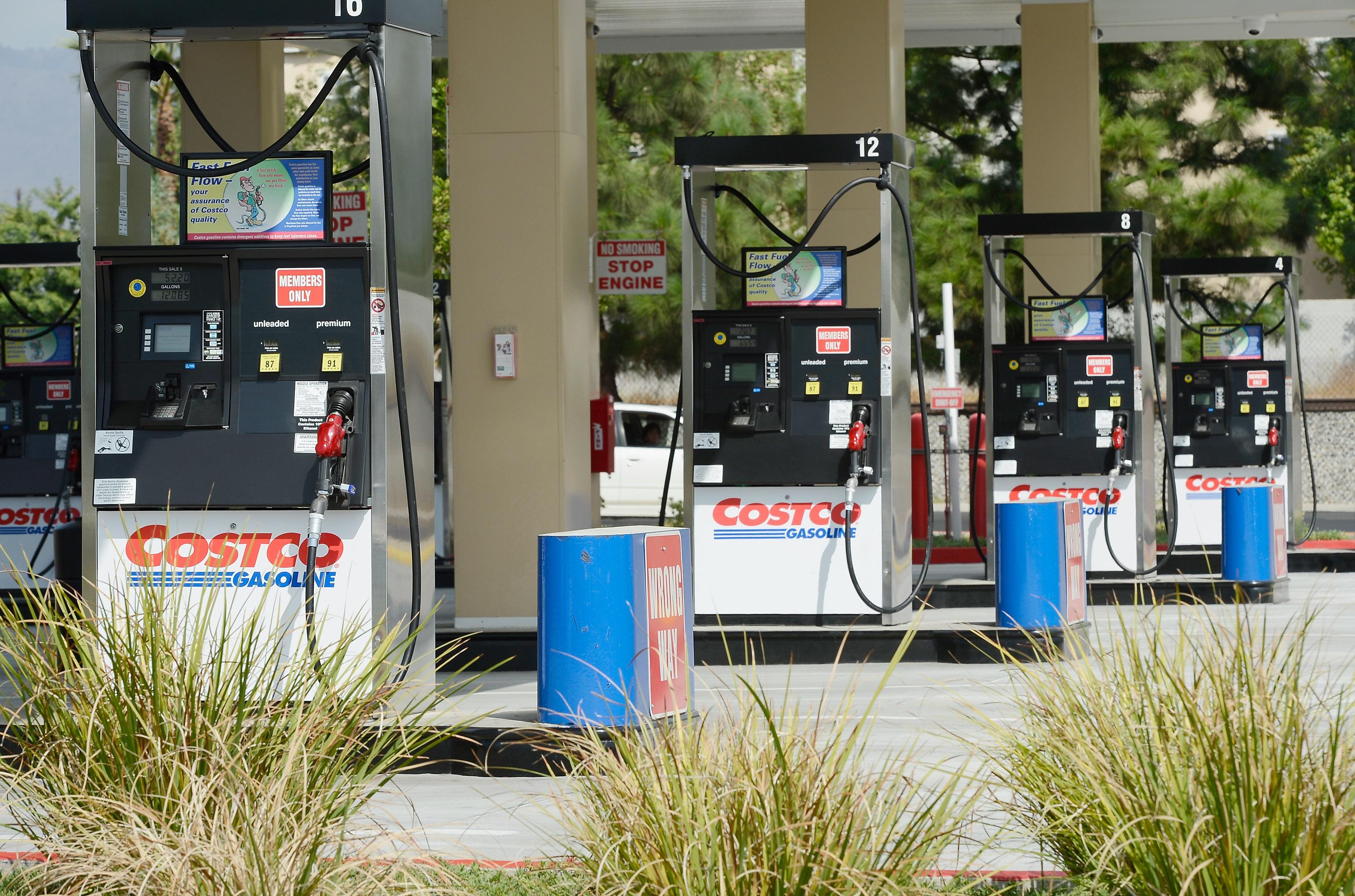 Filling up at Costco will save you money in the long run. | Kevork Djansezian/Getty Images

Costco members always cite gas prices as a major perk of membership. In fact, some deal hunters join Costco just for the gas alone as cash back rewards commonly knock Costco’s fuel prices 20 to 30 cents per gallon lower than nearby competitors. Analysts say that those who fill up more than once a week could easily recoup their membership expenses just by purchasing Costco gas exclusively. 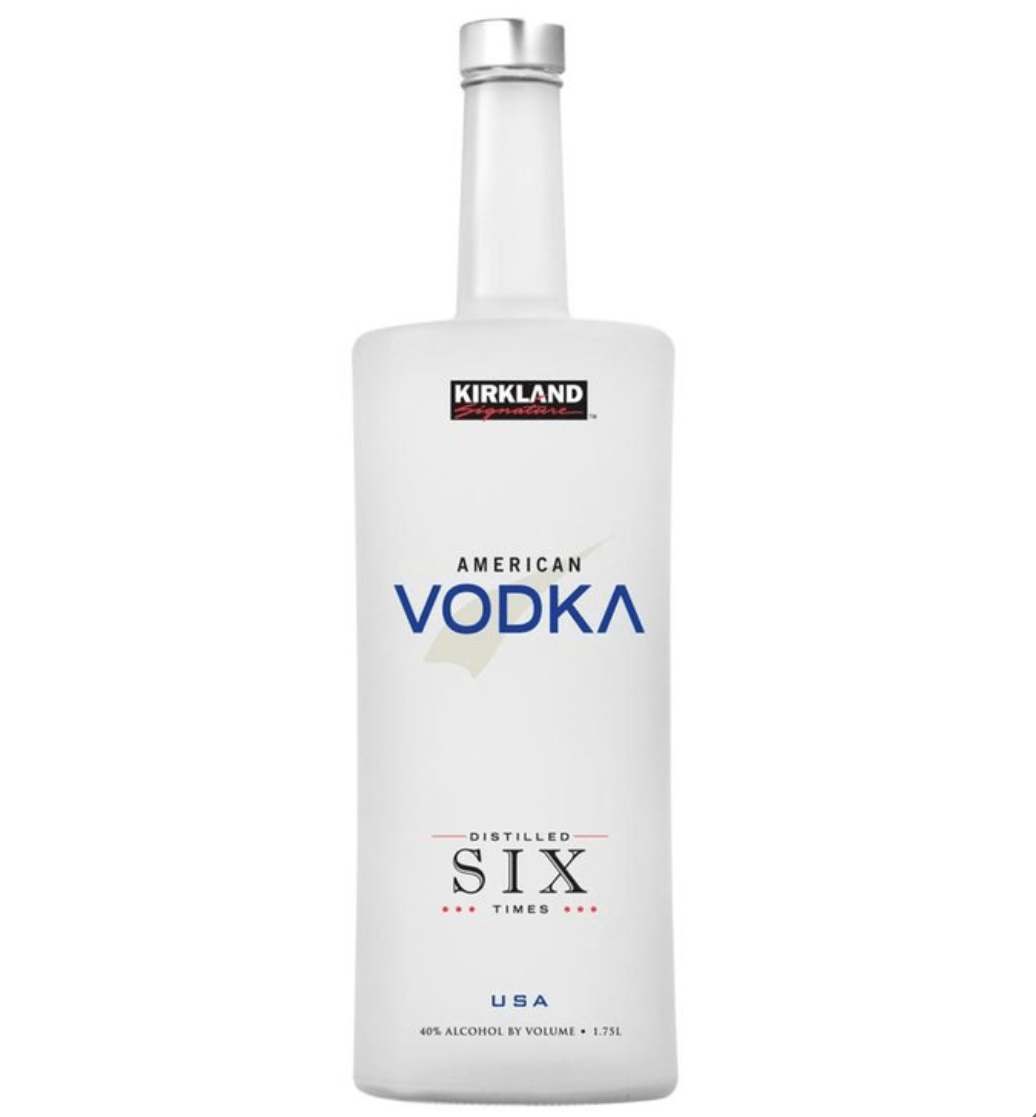 It’s made with the same water as Grey Goose. | Costco

Turns out, Costco’s liquor brands have also stolen the hearts of its most loyal members. Kirkland’s signature vodka is still relatively unknown to outsiders, but many swear it deserves more praise. This vodka is made using the same water source as ultra-pricey Grey Goose, yet has managed to outshine the high-end product in blind taste tests.

Then, of course, there’s the price factor. The Kirkland product is about half the cost of Grey Goose and many other luxurious, but comparable brands.

Next: Another bargain buy

It doesn’t take a food scientist to detect the difference between highly processed syrups and the true maple kind made from sap. Real maple syrup is usually sold at a premium. But Consumer Reports found that expensive syrups rarely outperform lesser-priced competitors. In fact, Kirkland — the least expensive brand tested — scored higher than the priciest option. Given its oversized bottle, families love that they can enjoy pancakes for days on a budget.

Next: An invaluable endorsement 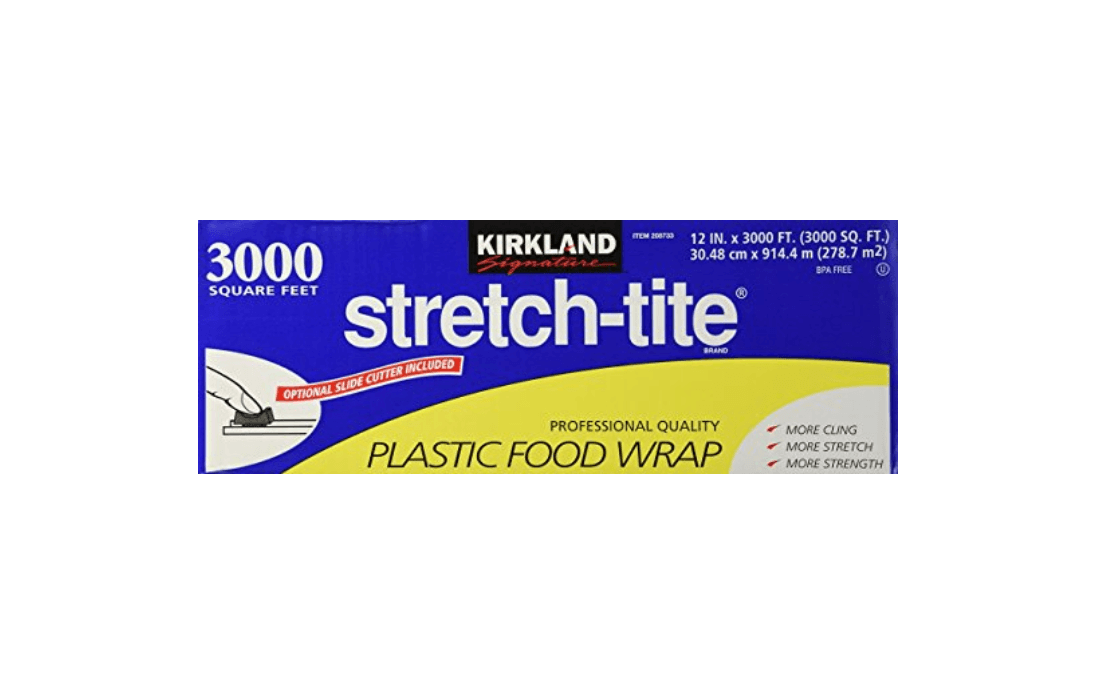 It may take years for you to zip through 1,500 feet of Costco’s plastic food wrap, but that doesn’t stop people from choosing it over all others. One scroll through Amazon’s product reviews for this item prove it. But if that’s not enough to convince you, The Kitchn says Costco’s plastic wrap is the preferred wrap of renowned chef Ina Garten. Need we say more?

Customers are loving Costco’s organic peanut butter. There’s no sugar or hydronated oils in this store-brand product. One taste will change how you view all other butters forever. Plus, the jars are bigger — and cheaper — than the standard supermarket sizes and its name-brand counterparts.

Next: A preferred Kirkland item

Batteries, among other things, are one of the household items you should always buy in bulk. Luckily, Kirkland Signature Alkaline batteries are some of Costco members most beloved items. They won’t outperform notable brand like Duracell on quality alone, but Consumer Reports awards them a “Best Buy” label for both quality and value.