How Does a 4-Day Workweek Sound, America? 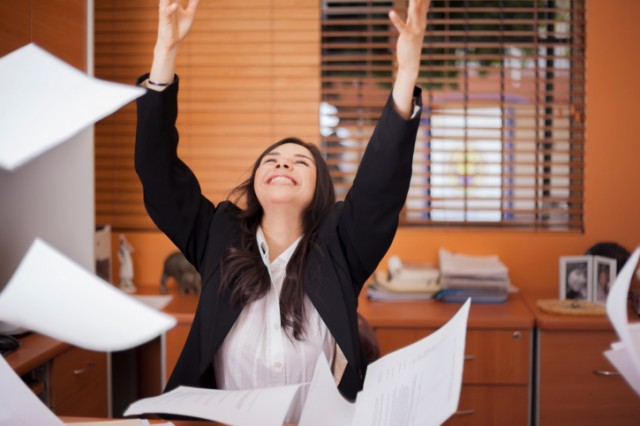 The idea of shortening the traditional five-day workweek to four, or even three days, has been making the rounds for years now. There just hasn’t been any indication that it could actually happen. Much to the delight of the idea’s supporters, however, it appears that more people are throwing their weight behind the idea, and some even have a considerable amount of influence.

We’ve covered the idea of shortening the workweek before, and it’s fairly clear that there are economic benefits — most notably happier workers, increased production, and the evidence showing that there is little or no harm in actually reducing work days. It can be complicated, but essentially, by simply restructuring the time tables and schedules of employees, some real, tangible benefits can be attained by lessening the work week by one day. Not only that, but there are societal benefits as well, including less traffic, less strain on public resources and infrastructure, and an overall improvement in happiness among a given area’s residents.

But until now, the shortened workweek has mostly been a pipe dream, with few people or organizations — that have a significant amount of influence, anyway — willing to take it seriously. That’s changed recently, however. Mexican telecom tycoon Carlos Slim, who many consider to be the world’s wealthiest man with a fortune topping $80 billion, has gone on the record saying he believes we’re headed for an ultra trimmed-down three-day workweek.

During an interview with CNN last year, Slim says that he is “sure it will happen,” referring to a downsized workweek. “Machines should work 24 hours and services should work as much as possible.” The reason, Slim says, is that people simply deserve more time away from work to spend with their families, go on vacations, and to get educated and learn new skills. In fact, this isn’t the first time Slim has taken to the media to voice is views on the subject. During the summer of 2014, Slim addressed shorter workweeks during a conference in Paraguay, saying that the whole system is ready for a “radical overhaul”, The Financial Times reported.

Carlos Slim isn’t the only high-profile business figure who is taking the idea of a compressed workweek seriously. Google’s head man Larry Page also addressed the idea, saying that he thinks the concept of a five-day workweek is antiquated, in this day and age. “The idea that everyone needs to work frantically to meet people’s needs is just not true,” Page told tech investor Vinod Khosla, per a report by CNBC.

“Most people like working, but they’d also like to have more time with their family or to pursue their own interests,” Page added, going on to say that there needs to be a “coordinated way to reduce the workweek.”

Of course, it’s easy for Page to think this way and to say things like this. Both he and Carlos Slim have a bit of financial bandwidth to work with as they do not live paycheck to paycheck, as do a huge number of Americans. Even Slim’s plan comes with some caveats to make up for the fact that people would be working less days per week, including 11-hour days and pushing back the retirement age. Page, however, works in an industry that is rife with high salaries and the ability for automation, allowing his workers to be a bit more flexible in terms of both scheduling and income.

But it looks as though many members of the general public agree with both Slim and Page. A survey conducted by CNBC indicates that 83% of respondents, of which there are more than 9,400, agree that we should switch to a four-day workweek. But other data indicates that the majority of wealthy respondents are still not sold on the idea, and business owners aren’t particularly supportive either.

But the endorsement from two business heavyweights like Slim and Page does lend the movement towards a shorter workweek even more momentum. It’s likely only a matter of time before a big business actually institutes a change, and the rest of the world can see what happens. If the results are shown to be positive, watch for the idea to become even more commonplace.

For now, the idea is still in gestation. But there are definite signs that it’s being adopted by those with significant levels of influence.