With the movie I, Tonya and her appearance on Dancing with the Stars, the Tonya Harding scandal from the 1994 Olympics is fresh in our minds again. When she became the first female figure skater to successfully land a triple Axel in competition, Harding spent a tragically brief time on top of the world. Soon that world came crashing down as she became involved in a scandal just weeks before the Olympics. At that time, Harding’s ex-husband Jeff Gillooly orchestrated an amateur, unsuccessful attack to take out fellow Olympic competitor Nancy Kerrigan.

After the Olympics ended, Harding ultimately pled guilty to hindering the prosecution in the incident. She was ordered to pay a $160,000 fine and was banned from U.S. figure skating for life. This devastating blow stripped Harding of any chances of earning money using her lifelong training and talents in figure skating. Instead, she sought out different ways to earn a living. Here are the many ways Tonya Harding has found to make ends meet after her ban from figure skating in 1994. 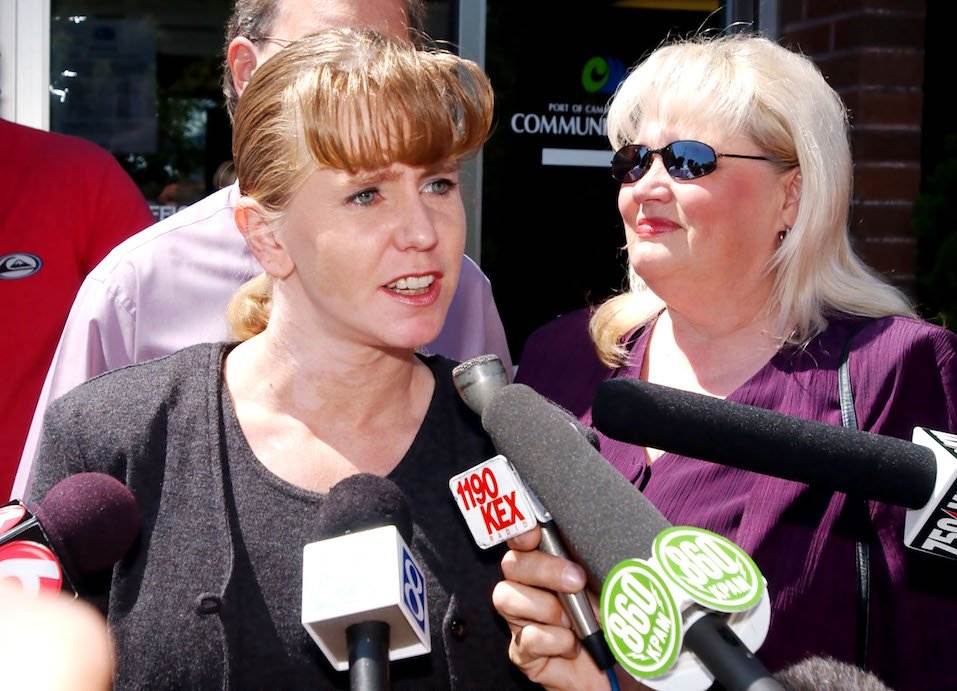 She gave a few paid interviews worth a lot of money. | Greg Wahl-Stephens/Getty Images

While no one was willing to offer Harding an advertising deal after the scandal, plenty of news outlets and TV shows were interested in her for a while after the Olympics. In fact, Inside Edition scored a 1994 interview with Harding for which it reportedly paid her $600,000. As time went on, however, these opportunities dried up. In 1998, a Fox broadcast interviewed scored her just $60,000, according to reports.

Next: A stint in the professional wrestling arena 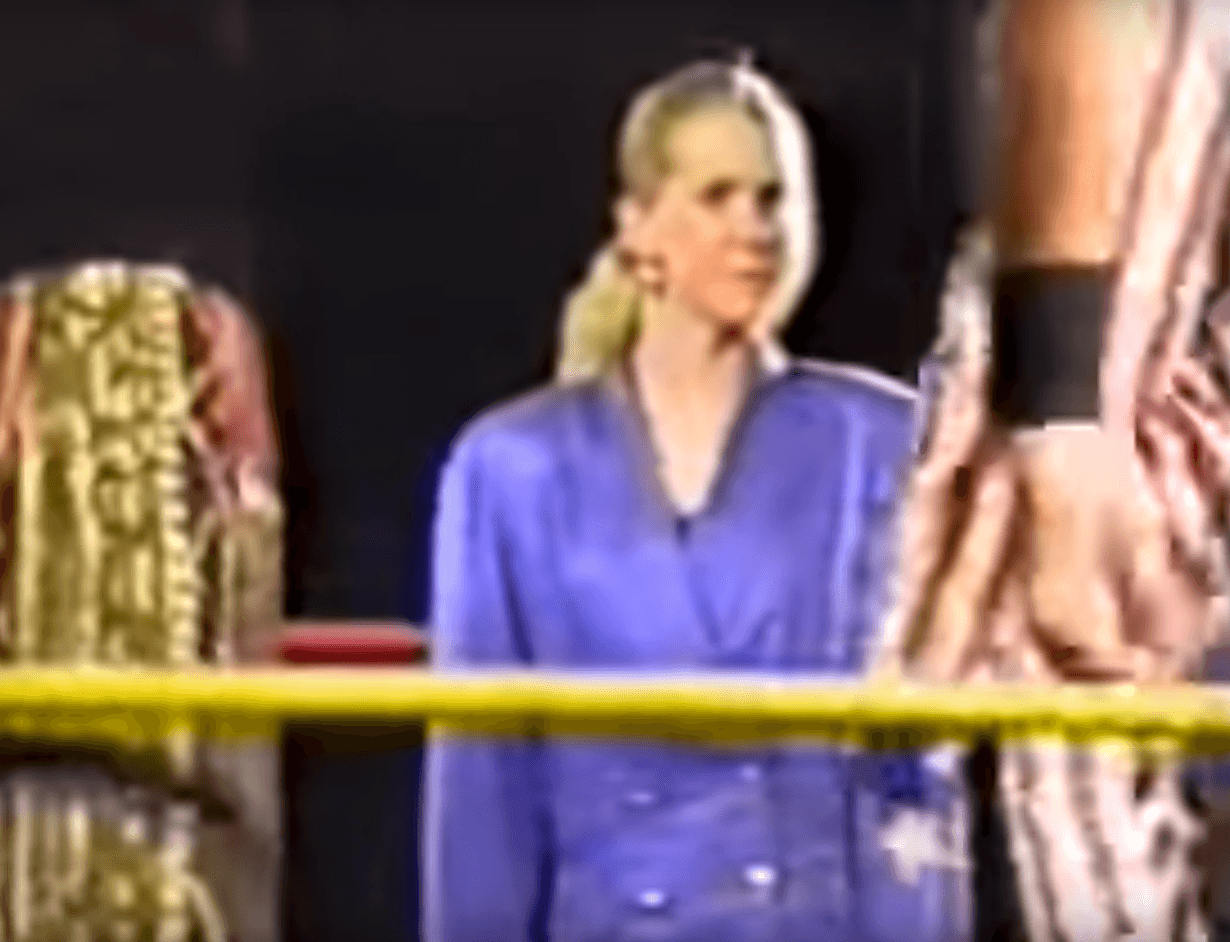 She was a manager for a couple wrestlers. | TheBlasto2009 via Youtube

In 1994, Harding appeared at an AAA professional wrestling show as the manager for Los Gringos Locos. In his 2005 biography “Cheating Death, Stealing Life: The Eddie Guerrero Story” former wrestler Eddie Guerrero wrote, “Tonya Harding was actually very quiet, nice and sweet, not at all like the crowbar-swinging ho the press made her out to be. Of course, she had no idea who we were. She was just earning a paycheck, capitalizing on whatever was left of her 15 minutes of fame.” 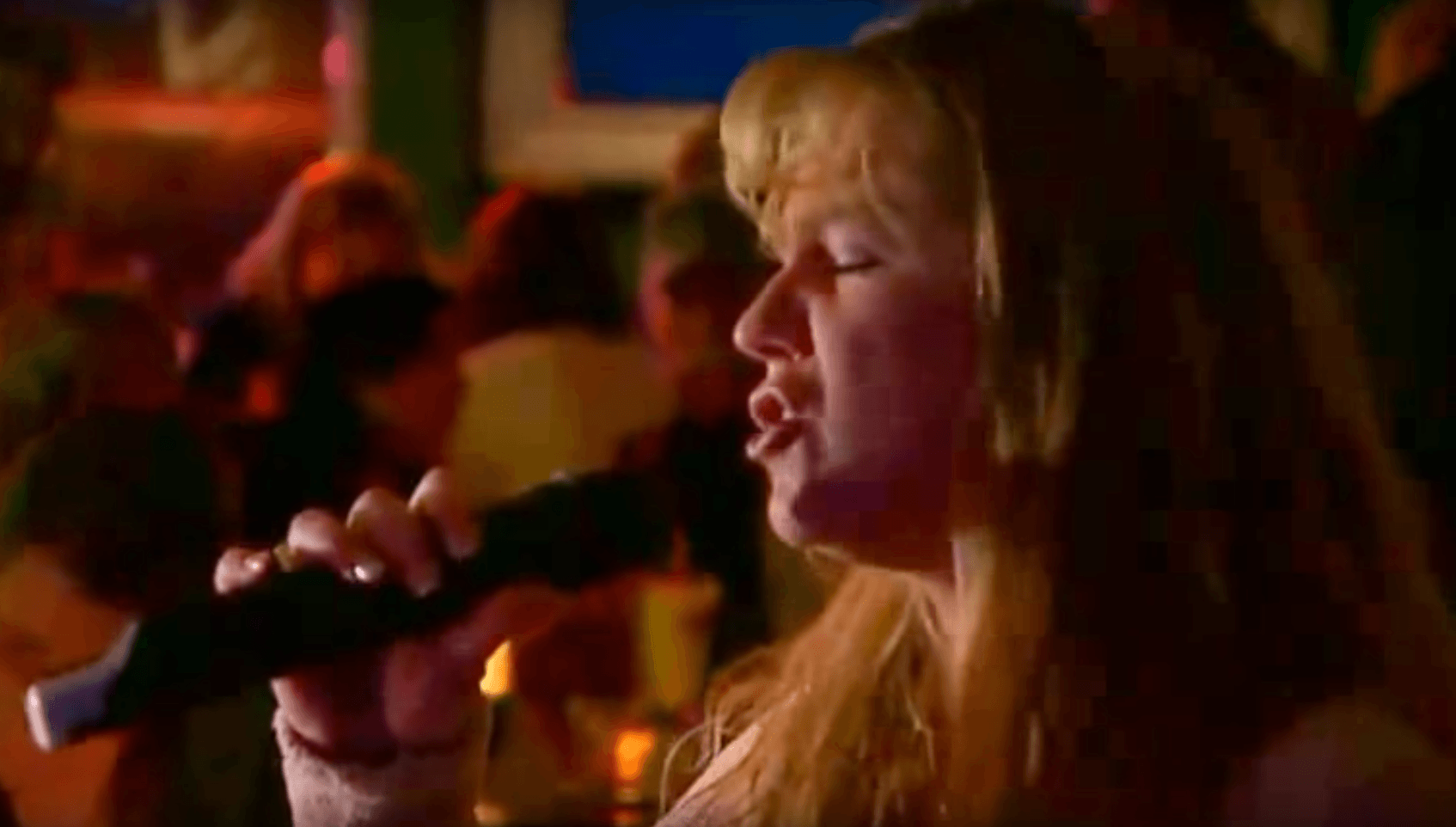 They got so heckled they had to leave. |getreal andsee via Youtube

In 1995, Harding debuted as a singer with a band called The Golden Blades. The band was made up of Harding, her voice teacher, her 21-year-old niece, and Harding’s then-husband Greg. However, the band ran into problems at its one and only show when members were booed offstage at a music fest in Portland, Oregon. The crowd jeered after Harding sang “Feel the Heat” to a song with original lyrics of “Feel the Beat.” Soda bottles were tossed on the stage, forcing band members into a hasty retreat.

Next: A 6-match boxing career 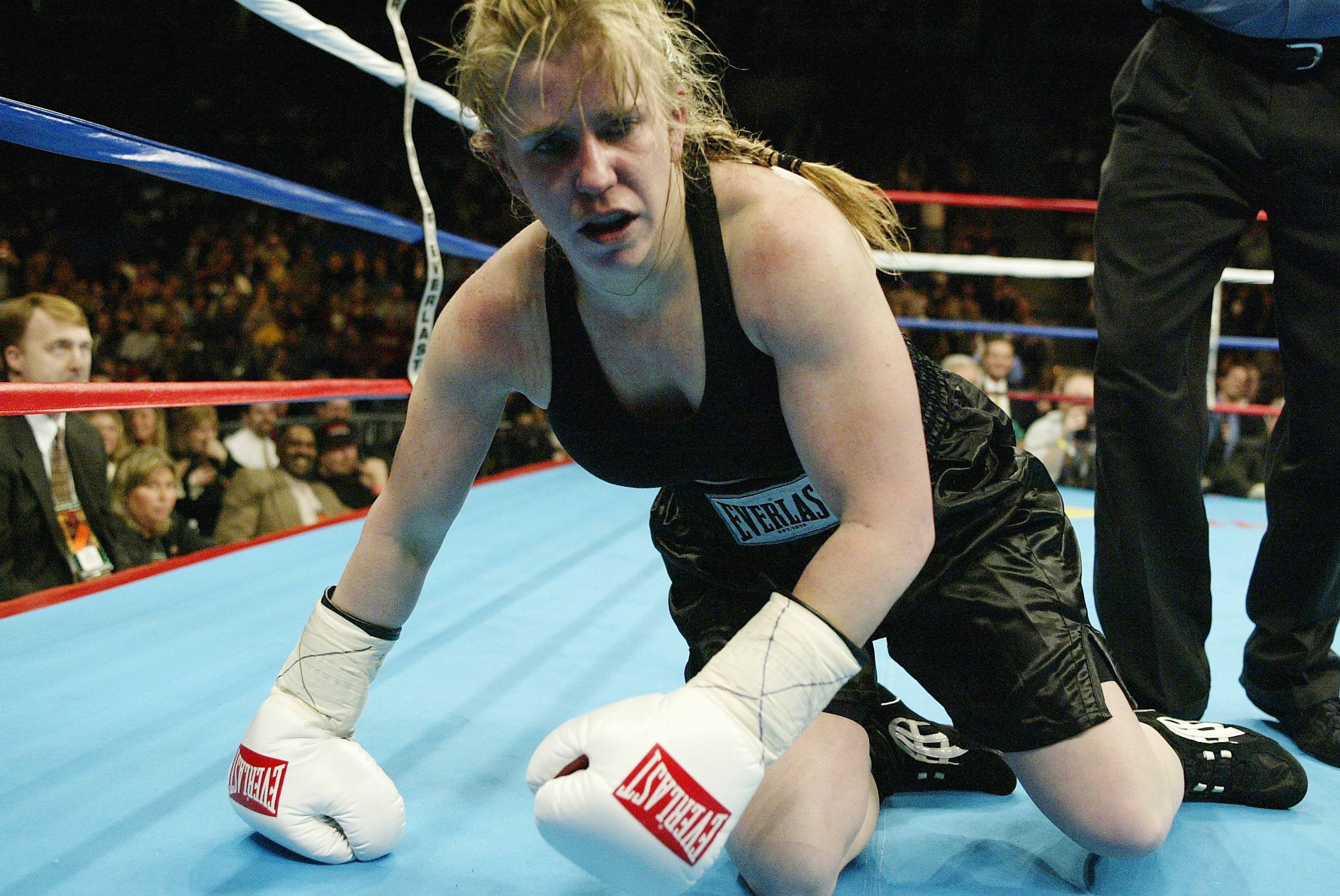 She had to stop because of asthma. | Al Bello/Getty Images

Harding had a short-lived boxing career, starring in Fox’s “Celebrity Boxing.” In 2002, she boxed against Paula Jones on the Fox show, winning the fight. In 2003, she went on to make her official debut in women’s professional boxing, losing a four-round decision. Harding went on to do another celebrity boxing match on The Man Show, in which she won against co-host Doug Stanhope. In 2004, she canceled a match because of an alleged death threat against her. Her boxing career ended soon after due to asthma, Harding said. Her record was three wins and three losses.

Next: A reality TV stint 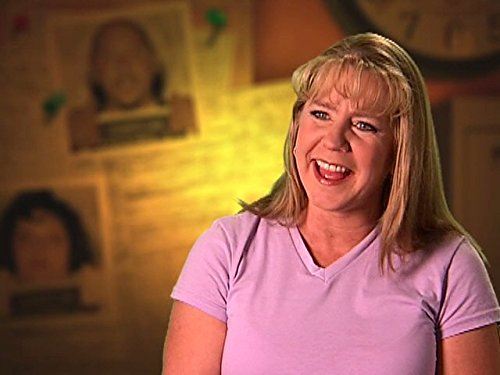 There were quite a few celebs who made appearances. | TruTV

Harding worked as a commentator for TruTV’s COPS-inspired reality show “World’s Dumbest…” The weekly countdown show featured celebrities offering commentary on events caught on camera. Subject matter ranged from “dumb criminals to wild partiers to dimwitted drivers and more,” according to the show’s IMDb page. Other former celebrities to join Harding in hosting the show included the likes of Gary Busey and Danny Bonaduce.

Next: Odd landscaping and construction jobs 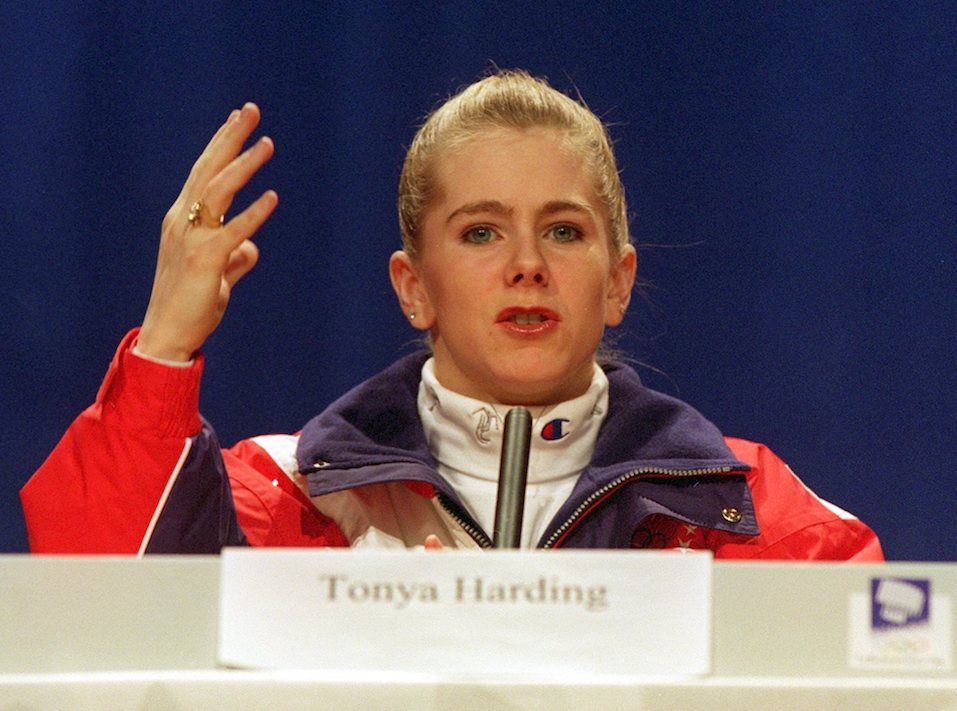 Harding currently earns some money doing landscaping, building decks and painting. After her six-year-old son leaves for school, she often heads outside to her yard to work. “I love landscaping, working on cars, chopping firewood,” she said. “I love to build things, too.”

Next: Earning royalties from her biopic 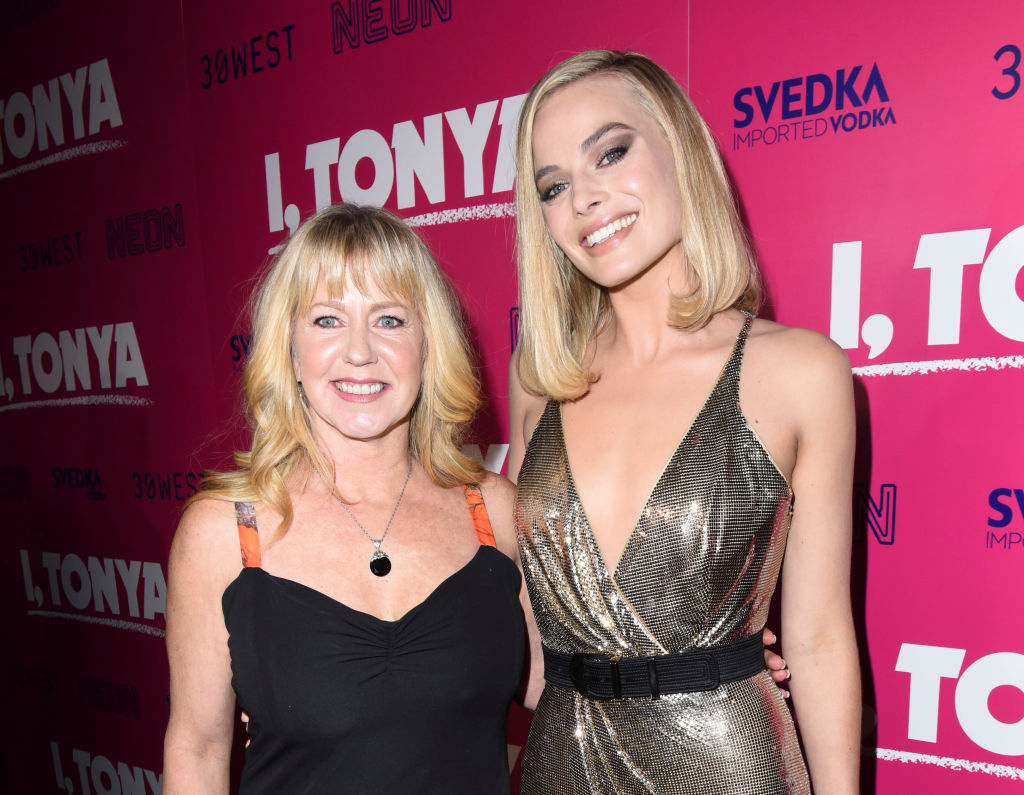 She is receiving a percentage of the profits. | Vivien Killilea/Getty Images for NEON

Thanks to biographical film I Tonya, Harding has been thrust back into the spotlight 23 years after her infamous figure skating ban. The film portrays Harding in a sympathetic light, showing her world crashing down after husband Jeff Gillooly attempts to cripple Nancy Kerrigan. Harding is portrayed in the movie by Margot Robbie, who was nominated for the Academy Award for Best Actress for her role. The film grossed $264,000 in its first weekend. It has earned $14 million to date.

Harding received $1,500 for letting I Tonya screenwriter Steven Rogers option the rights to her story. She will also receive a percentage of the film profits, according to Hollywood Reporter. In addition, the movie is gaining her publicity – and maybe some sympathy – which could translate into work down the line. 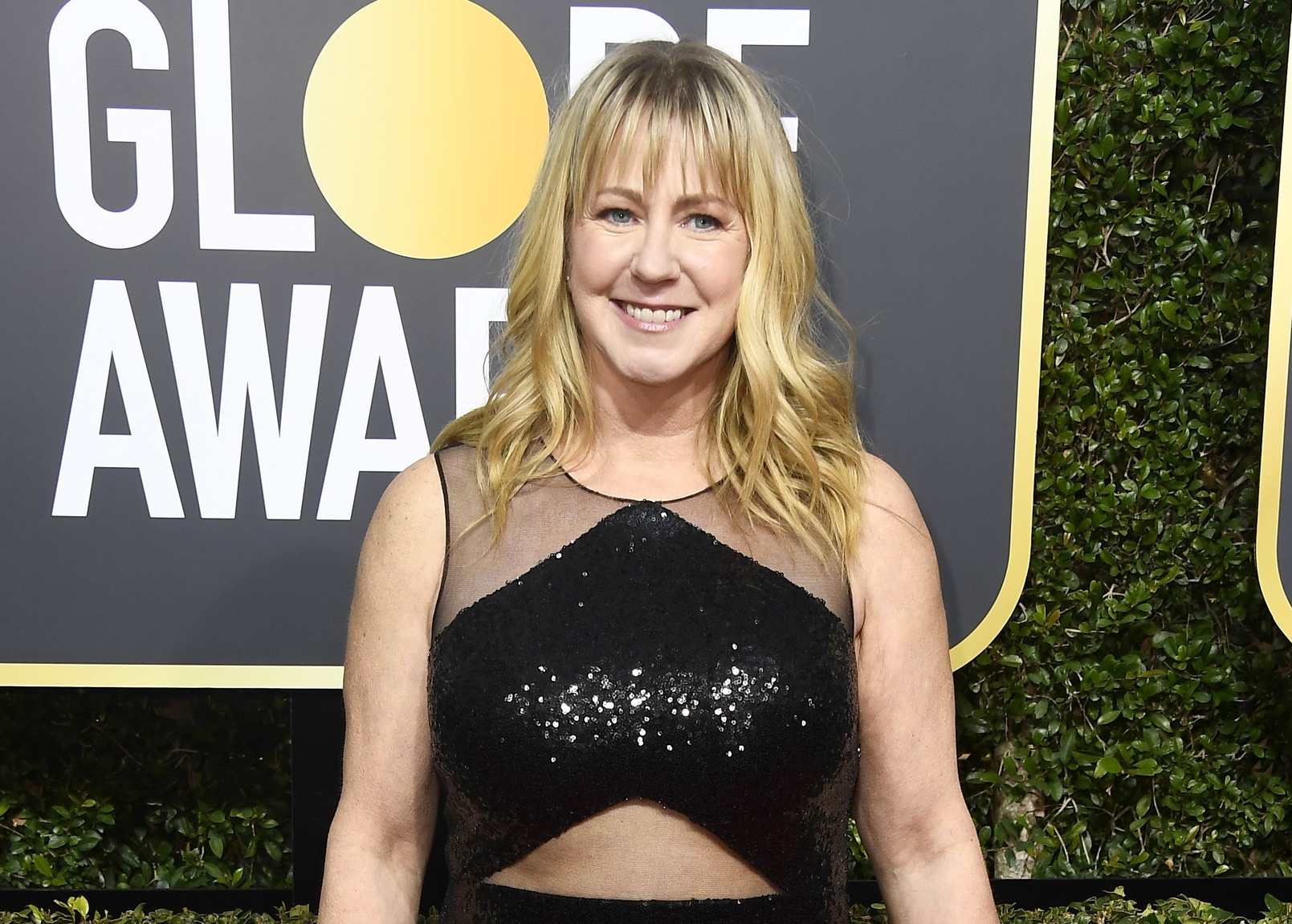 At the end of I, Tonya, the closing notes indicate Harding wants people to know she’s a good mother. She currently is a stay-at-home mom to her son Gordon, 6. She says her typical day involves getting up at 7 a.m. and making him breakfast. After school, they watch cartoons, he plays Minecraft and “then it’s dinner and bed.”

Harding still skates every week at a rink about 50 minutes from her house. “It makes me feel alive,” Harding said. If I wasn’t in pain most of the time while I’m skating, I’d be out there much longer. But I’m going to go back to doing my triples. I know once I land one, it will be like, ‘Oh yeah, that’s how it feels.’”

Next: How much she’s earning for her latest gig

9. Dancing with the Stars contestant 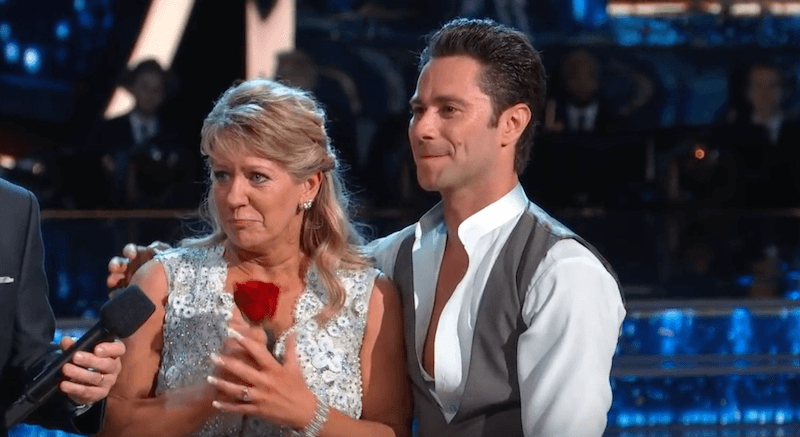 Tonya Harding and Sasha Farber on Dancing with the Stars | ABC

Harding’s latest job is appearing as a contestant on Dancing with the Stars, where she and her partner Sasha Ferber made it to the final round of competition. Ferber told US Weekly that Harding was “working hard” on the show. “I feel like Tonya’s been through a lot in her life and she really deserves this second chance and that’s what this competition is for her,” he said.

While it’s not clear exactly how much Harding received to appear on DWTS, it’s been reported that contestants can earn $125,000 or more, depending on how far they advance in the competition.