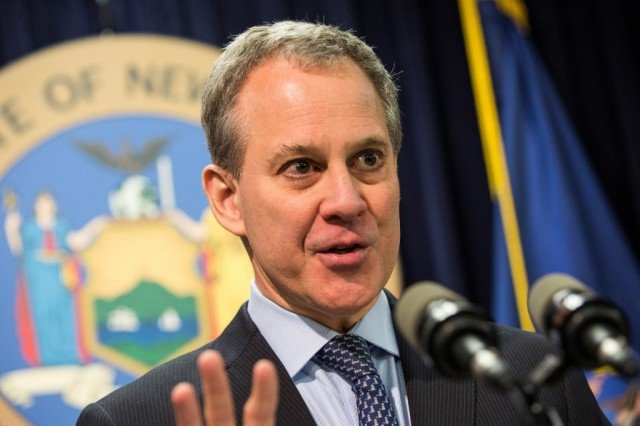 Credit reports touch many aspects of people’s daily lives, from employment to housing, so accuracy is paramount to American consumers. Prompted by an investigation that started in 2012, New York Attorney General Eric T. Schneiderman recently reached a settlement with Experian, Equifax, and TransUnion, the country’s three leading credit reporting agencies (CRAs). The agreement was settled in March 2015, prompting reforms to better protect consumers, including improved credit report accuracy, a more effective system for reporting and fixing errors, restrictions on reporting debts from payday lenders, and a waiting period for reporting medical debts.

The three credit reporting giants have been criticized for frequent errors in reports, as well as the automated, and largely ineffective, process for correcting those errors. The most important action on the part of consumers is to request a yearly free credit report through AnnualCreditReport.com. This will help consumers catch errors or even instances of fraud as quickly as possible. Thanks to the new agreement, called the National Consumer Assistance Plan, when errors do occur, disputes will now be handled by trained employees.

Another consumer concern addressed in the plan is the treatment of medical debts. Back in August 2014, FICO agreed to discount medical debt from its scores, which was the first piece of good news for impacted consumers. Now with Attorney General Schneiderman’s new settlement, for the first time, CRAs will be required to remove past medical debts after they are paid by an insurer. Mark Rukavina, a longtime consumer advocate and principal of Community Health Advisors, told The New York Times the obligation to remove old debts was “long overdue.”

The plan’s 180-day waiting period for medical debt is great news for consumers as well. According to a 2014 report from the Consumer Financial Protection Bureau, more than half of all unpaid collection items on credit reports are related to medical bills. “Too many people are surprised to learn of medical billing problems only after having a bill sent to collection and being forced to deal with damaged credit,” explained Rukavina.

The seven total reforms outlined in the plan represent the largest overhaul to the reporting of consumer credit in more than a decade. These changes came initially as part of a deal with the state of New York, but the three CRAs also agreed to pay $6 million as part of the settlement with attorneys general from 31 states. Many of the reforms will be implemented nationally over a three-year period.

If all goes as planned, the settlement will be the first step toward an unprecedented shift in power, long-awaited by federal watchdogs and consumer advocates. Here are the seven reforms CRAs agreed to implement for better consumer protection.

In accordance with the settlement, CRAs must employ specially trained employees to review all relevant documents in disputes involving mixed files, fraud, or identity theft. This is intended to create a more effective disputes process, which in the past was known to arbitrarily dismiss cases without investigation. The agreement requires the CRA will no longer automatically reject any consumer’s dispute.

3. Increasing the visibility of AnnualCreditReport.com

Companies that provide consumer data to the CRAs, or furnishers, must investigate consumers’ disputes and report their findings to the CRAs. The agreement requires each CRA to create a National Credit Reporting Working Group to develop a set of best practices and policies to enhance furnisher monitoring and data accuracy. CRAs also must take corrective action against furnishers that don’t fulfill their obligations.

Finally, the Attorney General’s settlement requires CRAs to engage in an extensive consumer education campaign in New York to ensure that consumers fully understand their rights. The campaign will continue over three years and focus on consumers’ rights to obtain a free annual credit report, dispute errors, and submit documents in support of disputes. In addition, CRAs must add to the consumer education materials on AnnualCreditReport.com.