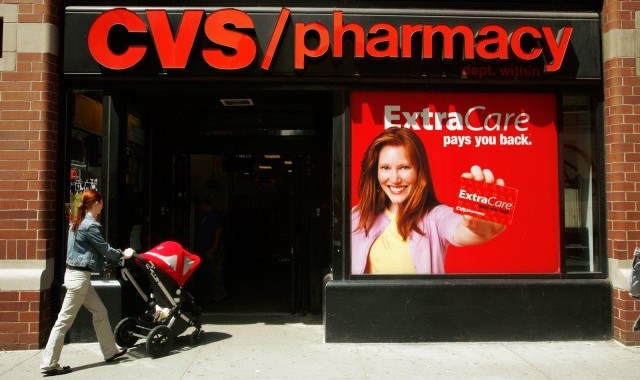 CVS Caremark (NYSE:CVS) has been full of surprises recently. On Wednesday, the drugstore announced that it will no longer sell cigarettes and other tobacco products effective October 1. On Monday, the company revealed a deal with Arena Pharmaceuticals (NASDAQ:ARNA) and Eisai Inc. to carry the weight loss drug Belviq, which was recently declared the preferred brand of health insurer Aetna. According to Arena Pharmaceuticals, more than half of Americans with insurance should now have access to Belviq thanks to the deal with CVS Caremark.

Tuesday was icing on the cake. CVS Caremark reported fourth-quarter and full-year results that came in above expectations, driving up the stock an additional 2 percent in early trading for a five-day gain of nearly 5 percent. The recent stock action bucks, but doesn’t necessarily break, a year-to-date decline in CVS Caremark stock.

In the fourth quarter, net revenues increased 4.6 percent to a record $32.8 billion, beating the mean analyst estimate of $32.67 billion. Adjusted earnings increased 15.8 percent to $1.12 per share, beating the mean analyst estimate by a penny. It’s worth pointing out that while earnings beat, the comparison was particularly favorable. CVS Caremark took a charge of 17 cents per share for debt extinguishment in the fourth quarter of 2012. Excluding this charge from the comparison, adjusted earnings are down 1.9 percent. Unadjusted (GAAP) earnings increased 16.9 percent on the year to $1.05 per share.

“I am very pleased with our fourth quarter results, which came in at the high end of our expectations and helped produce a record year,” said CVS Caremark President and CEO Larry Merlo in the earnings release. “As expected, the quarter was somewhat atypical, largely due to the timing of Medicare Part D profits within the PBM and the timing of break-open generics across the enterprise. Overall, the year 2013 produced strong growth in revenues, gross margin, operating margin and earnings across the enterprise.”

Pharmacy benefits managers like Caremark act as a kind of intermediary within the health care system; PBMs are third-party administrators of prescription drug programs and are primarily responsible for processing and paying for prescription drug claims.

One thing to note is that pharmacy network claims processed in the fourth quarter decreased 0.3 percent to 204.9 million. CVS Caremark said the “decrease was primarily due to fewer Medicare Part D claims resulting from lower membership due to the sanctions placed on the Company in 2013 by the Centers for Medicare and Medicaid Services.” Claims processed for the year increased about 2.5 percent to 902.1 million.

Despite the decline in claims processed for the quarter, the Pharmacy Services segment still posted a 5.2 percent increase in revenue mostly thanks to higher drug costs, new clients, and new products. However, gross profit did fall about 9 percent to $1.2 billion, and operating profit fell nearly 13 percent to $901 million.

Guidance for first-quarter adjusted earnings was increased to a range between $1.03 and $1.06 per share. This is above the current mean analyst estimate of 98 cents per share.