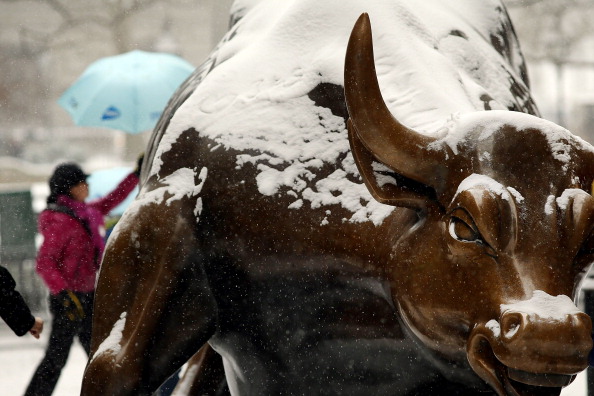 You wouldn’t buy a car that’s a known lemon. You wouldn’t visit a restaurant that has terrible reviews. You also probably wouldn’t want to sink your money into a house with a crumbling foundation.

So why would you, or anyone, invest in a company that has no assets and no revenue?

Many investors are willing to, evidently. Business Insider reported on the exploding stock price of CYNK Technology (OTC:CYNK), a social networking company that has seen its value rise by 25,000 percent in a matter of days. Its price is currently over $18 per share, which is even more than when BI started to look deeper into the company.

No one is really even sure what to make of CYNK Technology at this point, and nobody even knows if the company is legit or not. They have made a filing with the SEC, and filed its 10-Q paperwork back in September. Market analysis website Briefing has also dug a little deeper to see what CYNK is all about, and came away with some interesting tidbits. They also issued a warning to investors about the stock, which has hit a market cap of $4.3 billion.

The numbers show the company has no cash, no assets, and had no development employees as of its filing in September. What is known is that CYNK Technology officially incorporated in Nevada under the name Introbuzz in 2008. Briefing‘s warning to investors basically says this stock has all the tell-tale signs of being a stock market scam, although they don’t go that far because there has yet to be a reason found for the stock’s aggressive trading so far. 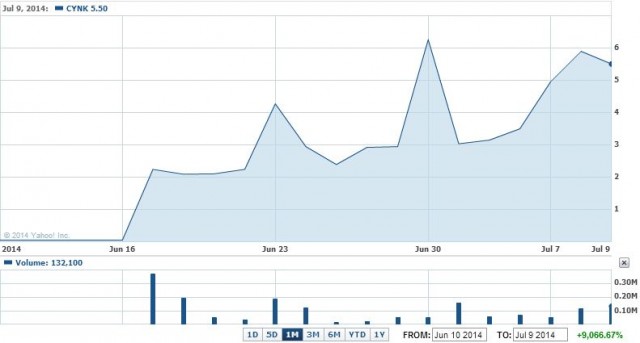 As you can see from CYNK Technology’s stock chart, the stock has seen a pretty wild ride over the past month. But the question is, for a company that has absolutely zero credit to its name, why do investor’s jump on board? There really isn’t a clear answer, but things are sure to come crashing down at some point, and there will be plenty of people left in the cold if things turn out the way everyone expects them to.

It’s a comparable situation to the dot-com bubble of the early 2000s, where many stocks were being pumped up with inflated values, based on little more than speculation. But CYNK is hardly the only stock that has people thinking back to more than a decade ago, when the bubble burst on investors who were throwing money at internet companies with little restraint. A recent example of this kind of behavior would be Facebook’s purchase of WhatsApp for $19 billion, which shocked many. WhatsApp, while a popular application with users around the world, is hard to picture being more valuable than Instagram, which Facebook also bought for a measly $1 billion.

Of course, both Instagram and WhatsApp had things going for them prior to their acquisition. A user base, business plans, employees, etc. There was reason to think the companies had value, and for a bigger fish, in this case Facebook, to have an interest in investing in them.

How does this compare to the CYNK Technology situation? Well, it could be a symptom of overconfidence in the tech sector, especially social media. Since CYNK bills itself a ‘social networking’ company, those buzzwords might be enough to get traders to bite.

So far, the stock’s meteoric rise from obscurity to rock star over the past couple of days has analysts baffled. But is it really all that surprising, considering a guy recently brought in $60,000 in crowd-funding for potato salad. The fact is, the markets are strong right now, and investor’s are feeling bullish.

CYNK Technology looks to be a bust in the long run, despite its insane growth at the current time. Could it be coordinated? It’s possible. But it could also just be a sign that tech investors are biting off more than they can chew, and chasing the dragon down the rabbit hole.

Keep a close eye on CYNK Technology, as it might end up being a metaphor for the tech bubble overall.