Dacha: A Rare Opportunity in a Rare Earth Stock 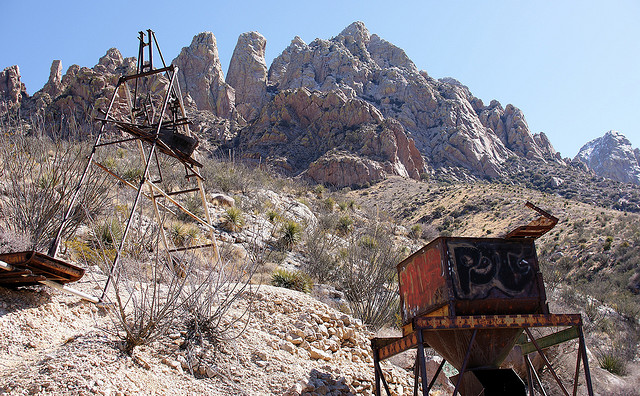 A few years ago rare earth element (or, rREE) investments were seemingly on everybody’s radar. Stocks such as Molycorp (NYSE:MCP) were soaring on a daily basis and saw hundreds of millions of dollars, if not billions worth of stock change hands daily.

The thesis was simple and compelling. REEs are essential resources in many products that modern society cannot live without. The Department of Defense considers several REEs to be strategic resources that the military needs to ensure national security. REEs are also essential for the production of clean energy technologies. Furthermore, REEs are needed to build electronic devices, medical devices, and products used in modern scientific experimentation.

What distinguishes REEs from other metals that satisfy the above claims is that the vast majority of all REE production comes from China. Specifically, most REE production currently comes from the ion-adsorption clay ores in southern China. Estimates vary as to the extent of this monopoly, and it differs from element to element, but in general we can estimate that China controls at least 90 percent of global REE production at the present time, and in the case of some of the rarer REEs this figure exceeds 99 percent. Furthermore, while there are many REE projects in the Western world currently under development, China controls over half of the world’s REE in-ground resources.

Despite this compelling investment thesis, REE-related investments have performed horribly over the past few years. For instance, shares of former Wall Street darling Molycorp trade at less than $5 while they peaked in 2011 at over $70. But the thesis is still the same — and with REE-related investments trading so inexpensively, I think it is time to revisit them. But rather than simply buying Molycorp or the Market Vectors Rare Earth and Strategic Metal ETF (NYSEARCA:REMX), investors need to look under the radar for opportunities.

We can start by pointing out that not all REEs are created equal. While they have similar chemical attributes, they are not identical, and they have different applications and occur with differing frequencies. While investors were enamored with Molycorp the fact of the matter is that Molycorp’s Mountain Pass mine produces mostly Cerium. Cerium is among the least expensive, most commonly found REE, and its supply is expected to outpace demand.

Investors should instead look at companies levered to some of the rarer REEs with a more favorable demand story relative to its supply.  Dysprosium is a perfect example. Dysprosium is frequently cited by the U.S. Defense Department as a strategic metal that is essential the national security. It is also used in many clean energy technology products. Furthermore, dysprosium has several industrial applications including permanent magnets, neodymium-iron-boron magnets used in hybrid cars, neutron-absorbing control rods in nuclear reactors, and data storage (which requires magnetic compounds.)

China currently controls virtually all of the world’s dysprosium production. There are currently some mines in early development that will produce some dysprosium outside of China but most of them will not be in production until 2017 or later.

Consequently, I think investments levered to dysprosium prices will perform extremely well in the long run. However, before looking at mining companies, which have no revenues and enormous mine construction costs ahead of them, I think investors should consider Dacha Capital (DCHAF.V). This is a tiny company with just a $9 million market capitalization, but it is an excellent investment opportunity. The company holds and trades strategic metals for investors. Right now, its largest metal holding is dysprosium oxide. It also holds a very large cash position which it can use to exploit other opportunities that may arise. What is so compelling about Dacha Capital is that the market value of its assets exceeds its market capitalization by a great deal. Let us look at the details.

As of the end of the September quarter, the company held $4.4 million in cash, $606,324 in receivables, prepaids, and deposits of $69,604. It held this against liabilities of $686,691, which gave it a net working capital position of $4.39 million. But recently, the company announced that it sold 6,500 kilograms of terbium oxide for roughly $2.6 million, which gives the company a working capital position of $7 million with no debt. Furthermore, it has metal holdings as follows:

While you may do better if you pick the right REE mining stock, why risk it unless you have the expertise to make this choice when there is a way to gain exposure without taking mining risk? While some investors may be put off by the high cash position, investors should be confident that if the bear market in REEs continues that the company will have the means to acquire more in preparation for the next up-leg.