North Korea’s Kim Jong Un continues to make waves around the world and particularly here in the United States. The country’s powerful and successful missile launches have proven North Korea’s ability to mark a bulls-eye anywhere within the U.S. And regardless of sanctions, North Korea seems to have no issues with continuing to bolster the country’s nuclear warfare arsenal.

But besides Kim, who are the real masterminds behind the country’s ICBM developments? There’s over a handful of dedicated scientists and engineers paving the way. While a ton of information and backstory of the men is unknown, according to The New York Times, these are eight of the masterminds behind North Korea’s $3 billion weaponry development. 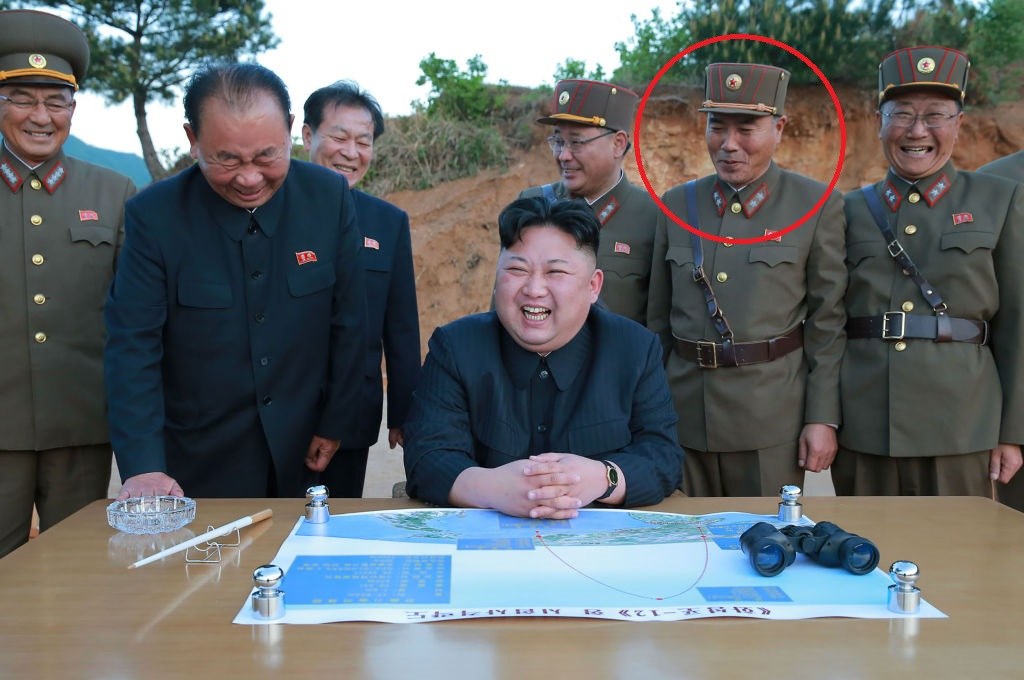 He is very elusive. | STR/AFP/Getty Images

Jang Chang Ha is in his early 50s and is the president of North Korea’s Academy of National Defense Science. Jang seems to be the most elusive of Kim’s crew, making him a man of great interest. We do know that Jang is leading the Academy’s 15,000 person staff. Among that staff, 3,000 of them are missile engineers.

Next: The highest-ranking member of North Korea’s missile quartet 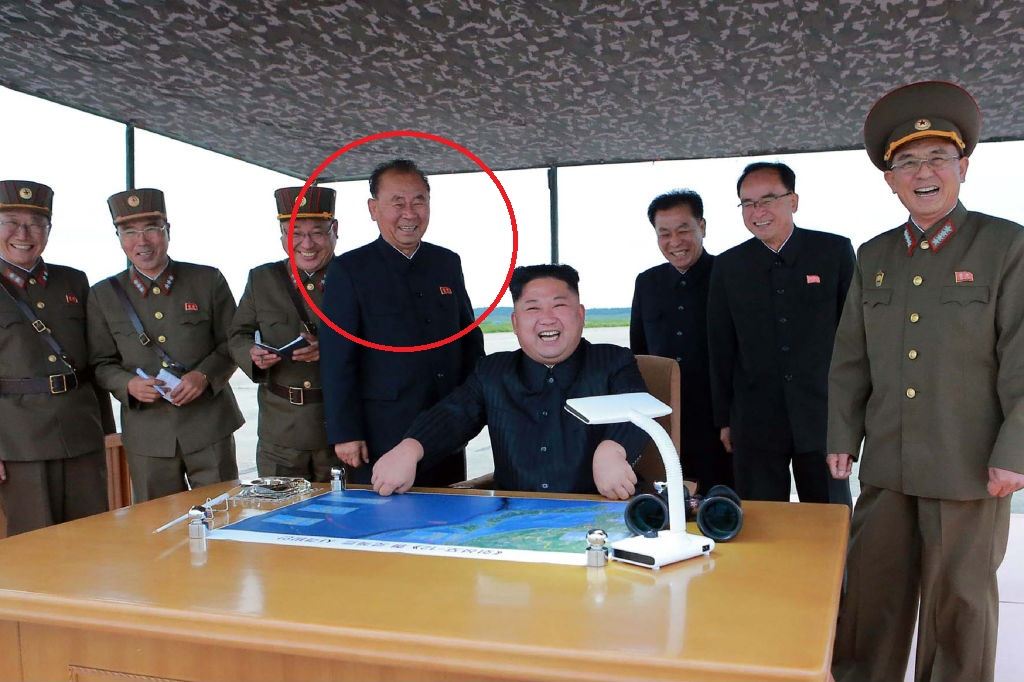 He is the highest ranking of the bunch. | STR/AFP/Getty Images

Of the “missile quartet,” Ri Pyong Chol is the highest-ranking. Currently, he is the Deputy Director of the Workers’ Party Munitions Industry Department. His primary role is to watch over the country’s missile development program. Ri received part of his education in Russia, and was working for the North Korean military way before Kim Jong Un took office.

Next: A North Korean rocket scientist 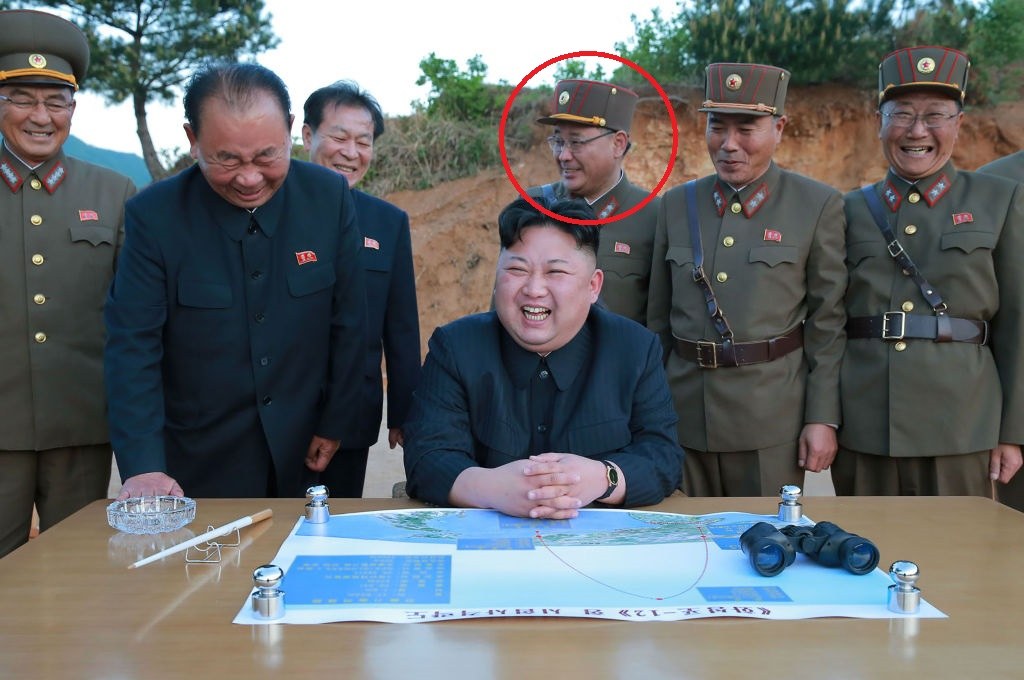 He has been by Kim Jon Un’s side for years. | STR/AFP/Getty Images

The rocket scientist of the bunch, Kim Jong Sik is the General of the Munitions Industry Department. Kim Jong Sik received a lot of recognition after the first successful launch back in 2012 and has since been by Kim Jong Un’s side for many public appearances.

Next: This man was banished by the United Nations. 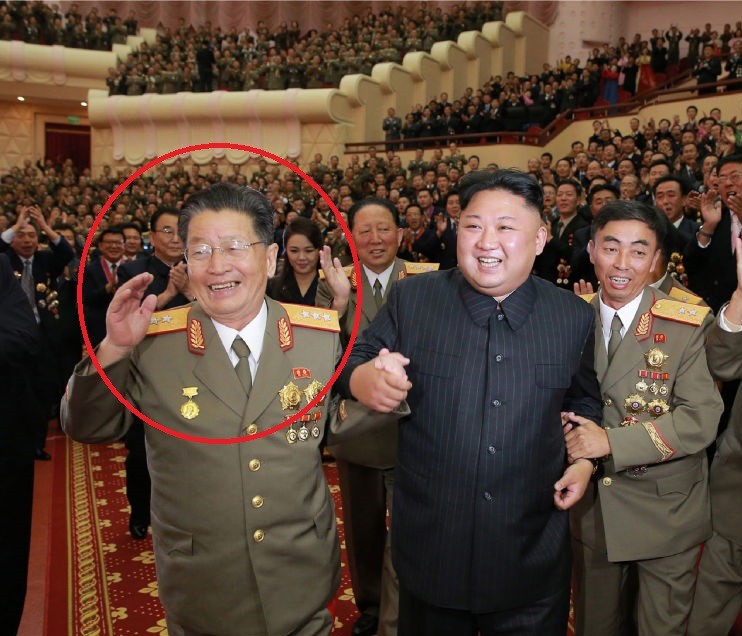 He is in charge of the testing of the bombs. | STR/AFP/Getty Images

From what is known about Ri Hong Sop, he appears to have been banished by the United Nations back in 2009. His title is Director of Nuclear Weapon’s Institute, making him the point person for the testing of North Korea’s hydrogen bombs. His age is unknown. 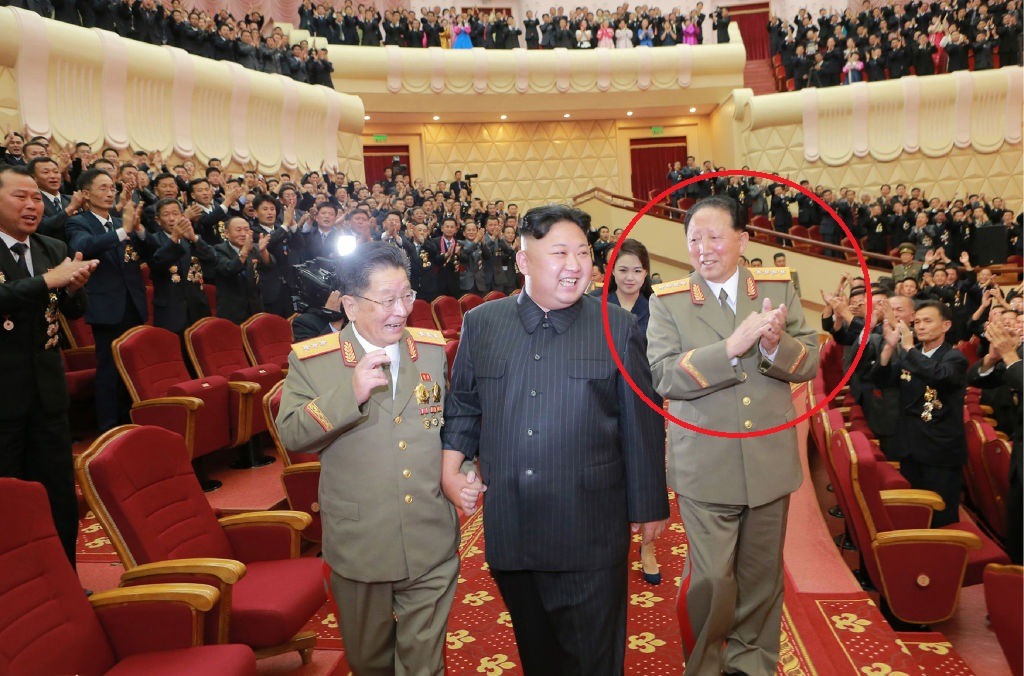 He seems to be in charge of the development program. | STR/AFP/Getty Images

As a member of the “nuclear duo,” Hong Sung Mu once served as the Chief Engineer at Yongbyon Nuclear Complex. That’s where North Korea’s nuclear weapons program originated. Hong is the deputy director of the Workers’ Party of Munitions Industry Department. From what is known, Hong seems to be leading the charge of the nuclear development program.

Next: This man said Donald Trump is “bereft of reason” and “going senile.” 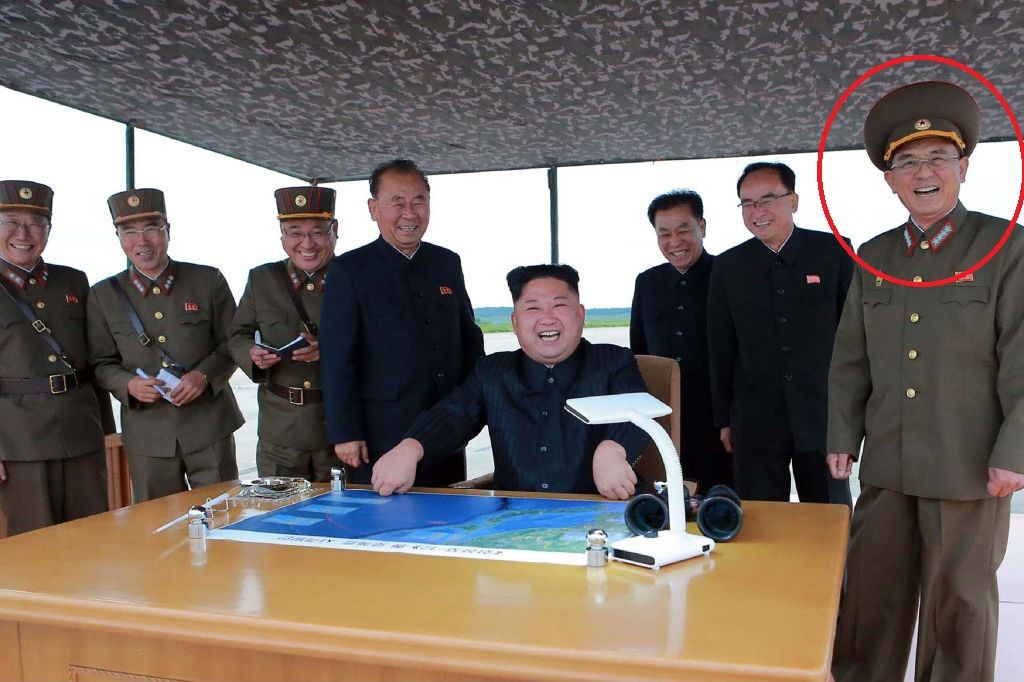 This is the guy who called Donald Trump senile. | STR/AFP/Getty Images

Kim Rak Gyom is the Head of Strategic Rocket Forces in North Korea. Kim has made public announcements in regards to President Donald Trump’s “fire and fury” remark. On Trump, Kim stated that “sound dialogue is not possible with such a guy bereft of reason who is going senile.”

Next: This man is often by Kim Jong Un’s side. 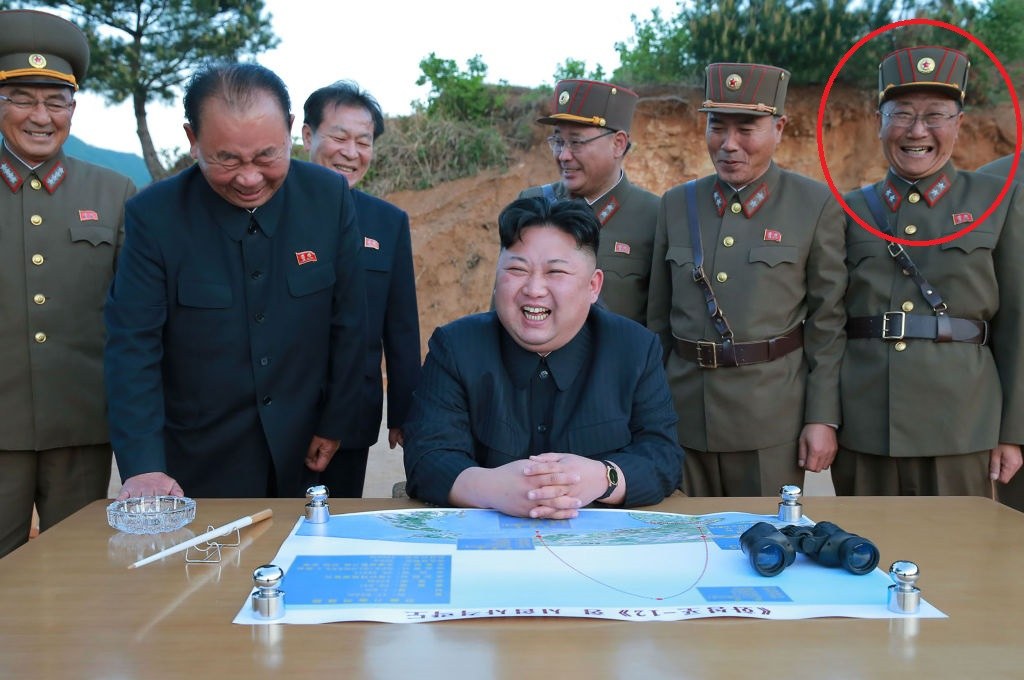 Jon Il Ho is a man in his early 60s, carrying the vague title of “official in the field of science research.” It’s reasonable to assume Jon’s role has him wearing many hats in the arena of nuclear and missile research. Jon is often seen standing by the side of Kim Jong Un for many public appearances.

Next: This mysterious figure appears to be an essential part of North Korea’s nuclear program. 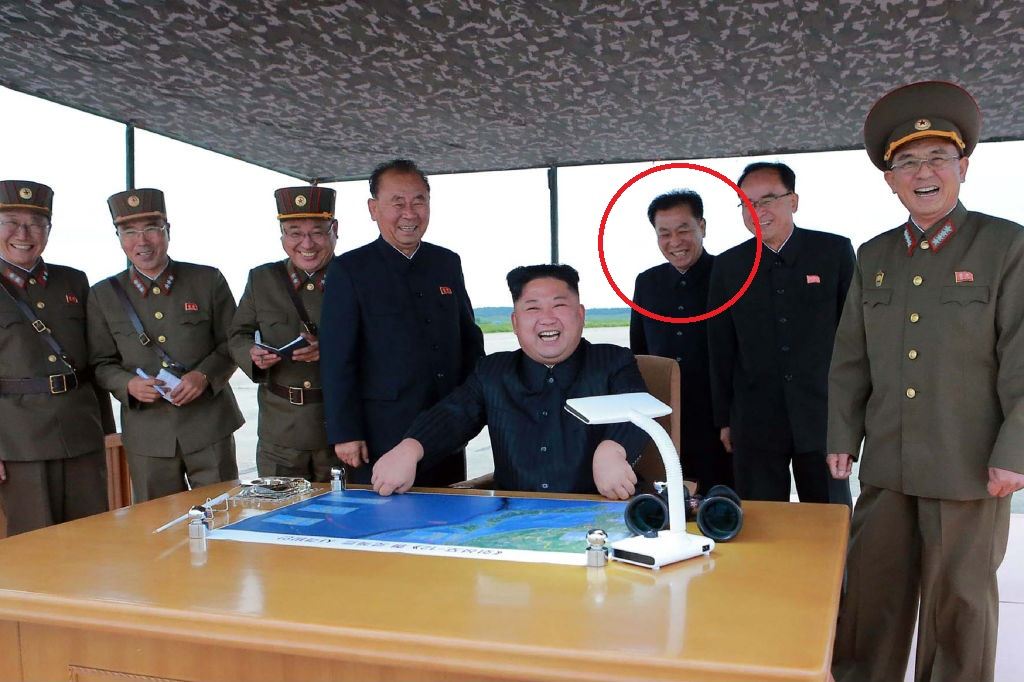 He can often be seen with Kim Jong Un. | STR/AFP/Getty Images

Yu Jin seems to be more of an outlier than other nuclear weapons officials. However, he is often seen closely standing beside Kim Jong Un at public appearances. He appears to keep the wheels turning on launching efforts in his role as Munitions Industry Department Deputy Director.