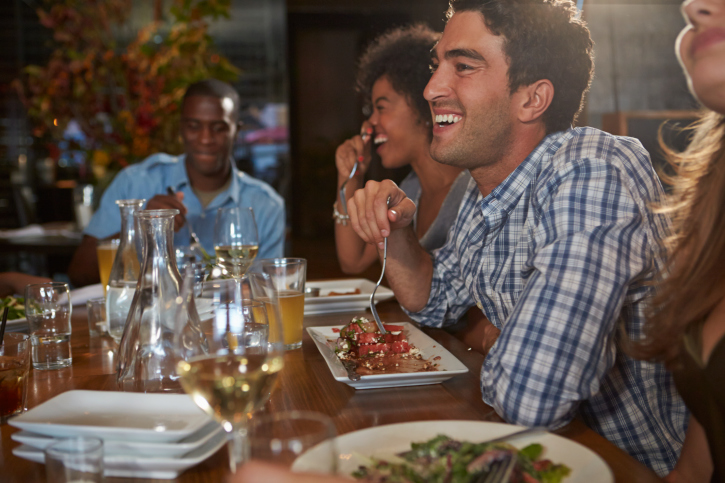 We learned Friday morning that Darden Restaurants (NYSE:DRI) — owner and operator of Olive Garden, Red Lobster, Longhorn Steakhouse, and several other restaurants in the United States — released disappointing fourth-quarter earnings figures. The company’s quarterly sales came in relatively flat year over year at $2.32 billion versus $2.3 billion last year. However, earnings plummeted from $132 million, or $1.01 per share, to $86.5 million, or 65 cents per share, as the company saw an increase in its operating costs as well as added expenses relating to the pending sale of its Red Lobster Unit. As a result, the company’s stock fell by about 2 percent.

Investors should take note of a couple of things when determining whether to purchase Darden shares. The first is that like many companies in the restaurant sector, rising costs are hitting the company’s bottom line. Even if we strip out the loss incurred due to the pending sale of Red Lobster — about $25 million — the company’s profits declined by about 15 percent. Since its sales were relatively flat, this means that its profit margin took a big hit as a result of rising commodity costs.

Not only are the more common and heavily traded agricultural commodities rising — think wheat, live cattle, and coffee — but the prices of commodities that aren’t tracked by the futures market have been rising, as well. As a result, Darden’s input costs have risen, and the company has evidently decided that it would be too risky to raise its prices accordingly. Darden has been hit particularly hard by this trend, and investors who fear that it will continue as a result of rising inflation should avoid the shares and either look to companies that haven’t seen rising food prices hurt their businesses or avoid the sector altogether.

However, investors should note that the company does have some strong points. For instance, it is selling Red Lobster, which reported a 5.6 percent decline in sales in the fourth quarter. Thus, going forward, investors can expect that the company will be raising some cash to invest, and it will generate stronger sales growth, as it is focusing more on its higher-growth businesses.

Darden is keeping Olive Garden, which saw sales decline, but only by about 2 percent. More important is its Longhorn Steakhouse chain, which grew sales at over 10 percent year over year. After the sale of Red Lobster is completed, this growing business will impact the company’s overall sales to a greater extent, and that can potentially drive growth going forward. However, investors should keep in mind that beef prices are rising and that beef is one of this chain’s largest input costs.

The company also has its “Specialty Restaurants” segment, which is also its fastest growing at 15 percent year over year. While this is a small part of Darden’s overall sales, the pending Red Lobster sale means that this segment will comprise a greater part of the overall business. It also means that management can focus more of its efforts on growing this segment going forward.

Ultimately, we see that Darden is a mixed bag. On the one hand, the company has been hit hard by rising input costs. On the other hand, it is reformatting its business to emphasize growth. Shares trade at over 20 times earnings, but we have to keep in mind that it is selling is second-largest business, and so it is difficult to know what the valuation looks like going forward until the sale is complete.

With this in mind, Darden appears to be a mixed bag, and that doesn’t cut it from an investment standpoint. As investors, we are looking for best-of-breed companies that have asymmetric risk/reward opportunities. Unless the risks inherent in Darden shares are outweighed by an even greater reward opportunity, there is no reason to own them, and I believe this is the case despite the weak share price action.

Disclosure: Ben Kramer-Miller has no position in Darden Restaurants.