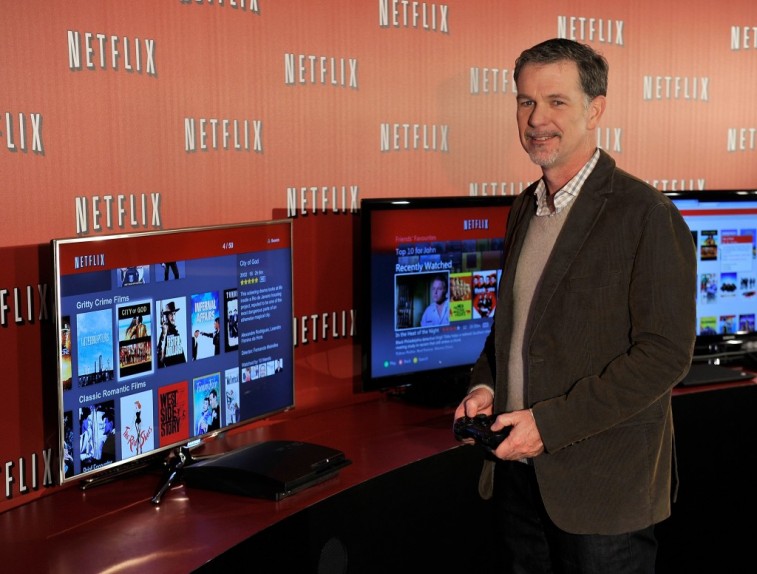 Netflix is arguably the best thing to happen to television since color sets became mainstream in the 1960s. The streaming media star provides consumers a chance to cut the cord from bloated cable companies and binge watch without annoying commercials. Netflix’s stock price has shared in this enthusiasm, but at least one popular hedge fund manager believes shares will get the hook sooner or later.

What goes up must come down — eventually. David Einhorn, president and founder of Greenlight Capital, warned investors in a recent letter that Netflix “changed its story and pushed its promises into the distant future, with grand hopes for the decade starting in 2020.” Einhorn notes that Netflix is no longer judged by its earnings, but rather on how much it spends to acquire a larger audience. This was on display in April, when Netflix shares surged despite first-quarter earnings that were well below estimates.

“NFLX shares had already risen 39% in 2015 and were trading at more than 100x 2016 estimates with analysts expecting adjusted earnings for the quarter of $0.63. NFLX achieved just $0.36. Prior to the call, the June quarter consensus stood at $0.86; by the next morning consensus was $0.30. All told, analysts slashed estimates for the next three years. Further, we had just finished watching season three of NFLX’s leading original content show, House of Cards, which appeared to be scripted to compete with Ambien. If you’d told us the news in advance, we’d have guessed it was going to be a bad day for NFLX holders, but apparently Red Ink is the New Black. The shares opened the next morning 12% higher and never looked back.”

Netflix plans to spend over $600 million in marketing this year, and shares have been in breakout mode for years. Over the past three years, Netflix has surged from $55 to more than $700 per share. CEO Reed Hastings even warned investors about the excessive enthusiasm. In 2013, he told shareholders that solid company results were “compounded by momentum-investor-fueled euphoria.” It didn’t matter. Almost everyone still wanted a piece of this growing media company, either through equity or service.

With more than 65 million members around the world, Netflix is the media company grabbing everybody’s attention. In comparison, the company had about 48 million members at the beginning of 2014. This strong growth and future potential is a large reason why investors are able to overlook low earnings (for now). Einhorn may have fallen asleep during House of Cards, but the third season was the show’s biggest launch in terms of viewers.

Einhorn is hardly the only billionaire broadcasting a warning signal to investors. In late June, Carl Icahn announced on Twitter he sold his remaining stake in Netflix. The billionaire investor initially disclosed a 10% stake in Netflix in 2012, with an average buy price of only $58 per share.

Netflix is making waves once again after reporting earnings and splitting its stock, but new investors should keep in mind that splits do not change intrinsic value, and stocks like Netflix are particularly vulnerable to wild price swings.