These Deadly Household Products Have Been Recalled. Are Any in Your Home?

Many Americans pay close attention to food recalls posted by the Food and Drug Administration. The last thing people need is to get sick from unsafe food. But what many consumers fail to remember is household product recalls are just as common — and just as dangerous.

The Consumer Product Safety Commission maintains a list of product recalls that pose significant threats to households, including fire and burn hazards or other risky malfunctions. Seeing as how most of these recent product recalls were sold in popular retailers, such as Target and Walmart, it’s likely a few of these items are in your home right now.

Here are 15 product recalls you need to be aware of. 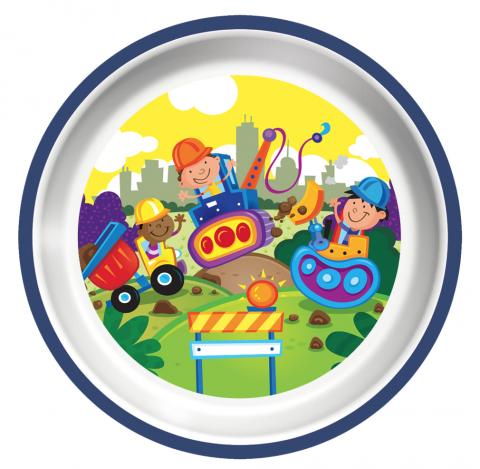 The plastic can be a choking hazard. | Consumer Protection Safety Commission

About 3.6 million (and 1.9 million in Canada) of these plastic Playtex plates and bowls were recalled in October 2017 due to choking hazards. Playtex received 372 reports of the clear plastic layer bubbling or peeling, which in many cases detached and wound up floating around in children’s mouths. The Consumer Protection Safety Commission urged consumers to stop using these products and call Playtex for a refund immediately.

Next: If you shop at Target, you need to know about this recall. 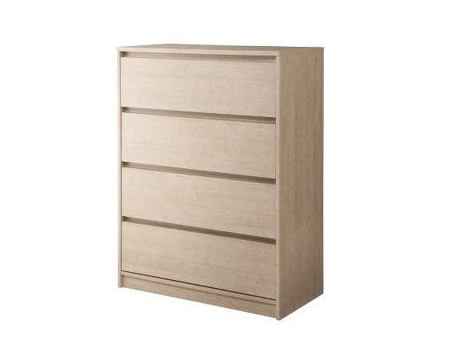 Target-obsessed shoppers are everywhere these days. And those who frequent the store should be sure to check any furniture recently purchased from the brand Room Essentials. The 4-drawer dressers pose serious “tip-over and entrapment hazards that can result in death or injuries to children,” according to the safety commission website. If you don’t feel like anchoring your dresser to the wall, you can call Target to receive a full refund.

Next: Listen up, grill masters. 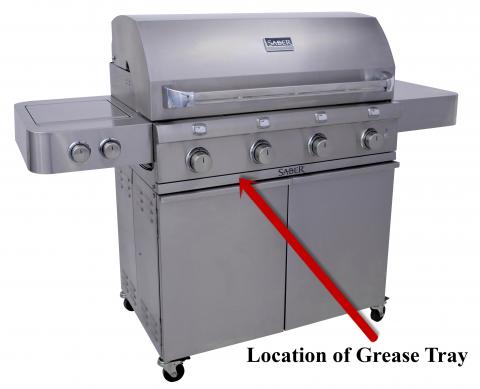 Just in time for tailgate and grilling season, Saber Grills recalled the grill’s LP regulator, Model RA329 LP, due to a burn and fire hazard. There have been at least five reports of burns and singes due to malfunction. Thankfully, not all regulators sold with the grill are affected by this recall, so worried consumers should first locate the label and then obtain a free repair kit from Saber to prevent future catastrophe.

Next: A product harmful to babies 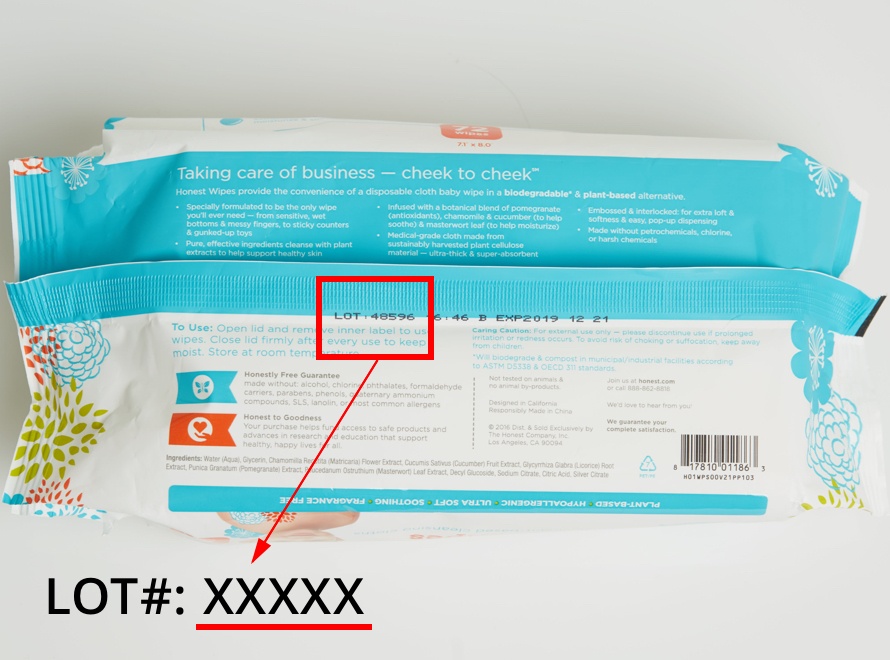 In May 2017, The Honest Company issued a voluntary recall for select lots of it’s baby wipes due to the possible presence of mold. The affected products were distributed in the United States and Canada and likely purchased as individual packs or in Honest Diaper Cakes, Baby Basics Gift Sets, and Baby Arrival Gift Sets. The company, founded by actress Jessica Alba, swears the mold poses no adverse health threat to users but chose to recall the product because the “aesthetics are unacceptable,” according to its website. Parents should check the company website to see whether their package lot number is at risk for mold.

Next: A common piece of exercise equipment you might have at home 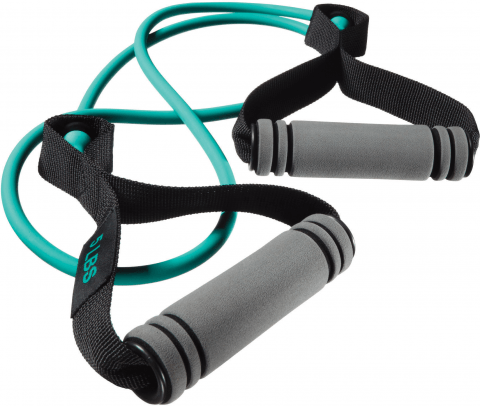 The bands could snap and cause injury. | Consumer Protection Safety Commission

There’s nothing like a sudden snapping injury to make you hate working out even more. Unfortunately, the resistance tubes sold at Dick’s Sporting Goods pose an injury hazard, thus prompting a recall for 207,500 bands. The company received 12 reports of tubes breaking, including a couple that actually struck and injured consumers. If your resistance band has any one of these nine model numbers, then you’re due for a refund.

Next: A recall affecting infants 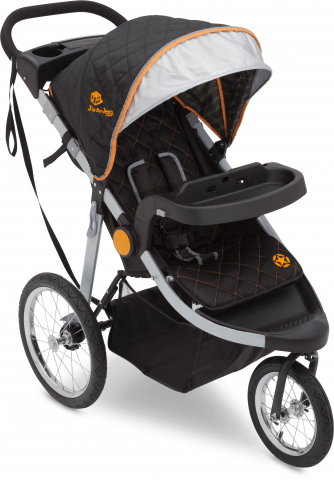 If your child accidentally falls out of a Delta stroller, you won’t be automatically labeled a bad parent. The J is for Jeep brand cross-country all-terrain jogging stroller has been recalled after multiple reports of broken stroller leg brackets. In one case, an infant even fell from the stroller. The recall affects nearly 28,000 units.

Next: A recall that affects your computer 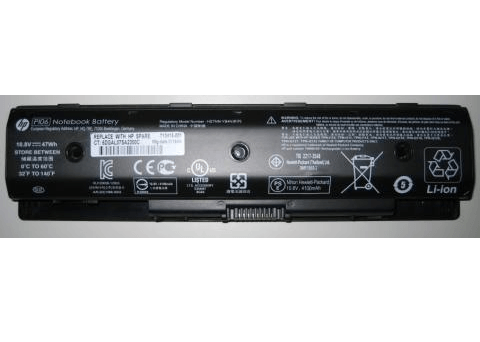 HP has recalled about 101,000 lithium-ion batteries used in many of the company’s laptops. This is an expansion recall from the 41,000 recalled back in June 2016. Both recalls involved fire and burn hazards. Affected laptops include HP, Compaq, HP ProBook, HP ENVY, Compaq Presario, and HP Pavilion notebook computers sold between March 2013 and October 2016. The company set up a battery recall site where it’s urging customers to claim their free replacement.

Next: Another dangerous baby product 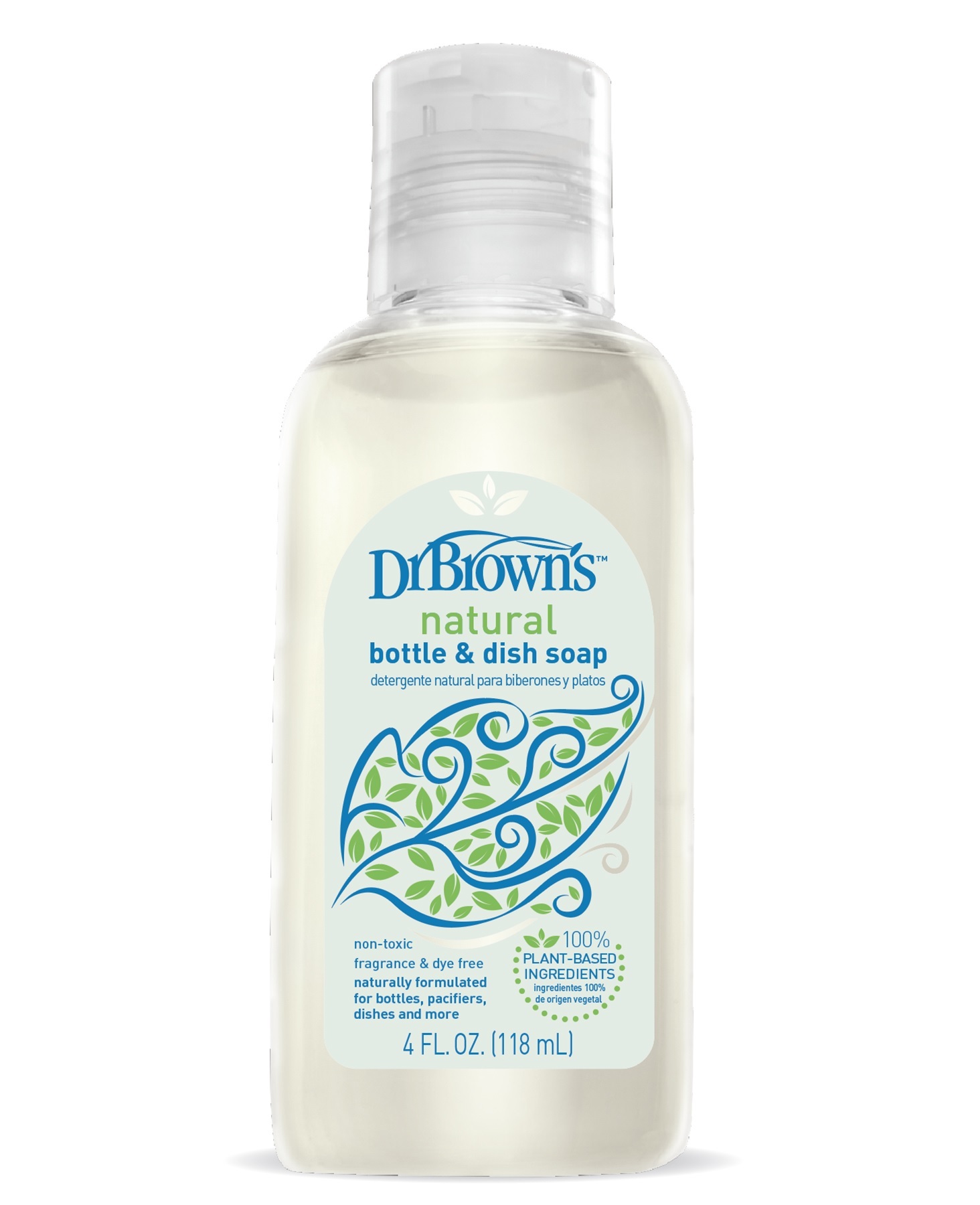 The baby soap whose mission is to produce “innovative baby products to promote good health and optimal nutrition” recently recalled over 23,000 of its natural bottle and dish soaps because they contained harmful bacteria. The company fears these bacteria could pose risk of respiratory and other infections in individuals with weak immune systems (read: babies). Only certain lot numbers were infected, and consumers should check the company website for information on a replacement.

Next: A popular Walmart brand on shaky ground 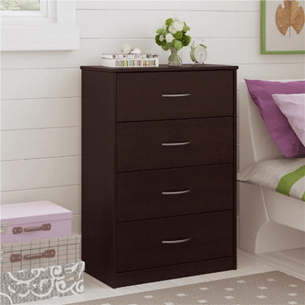 Listen up, Walmart shoppers: The Consumer Product Safety Commission announced a recall of 1.6 million dressers sold at Walmart due to concerns they might tip over and fall on children. The recall includes Ameriwood Mainstays four-drawer dressers, sold between April 2009 and May 2016. The furniture is not compliant with U.S. industry standards, so consumers should either make sure the dresser is properly anchored to the wall or remove the pieces from homes with small children immediately.

Next: A trendy product under recall for the second time 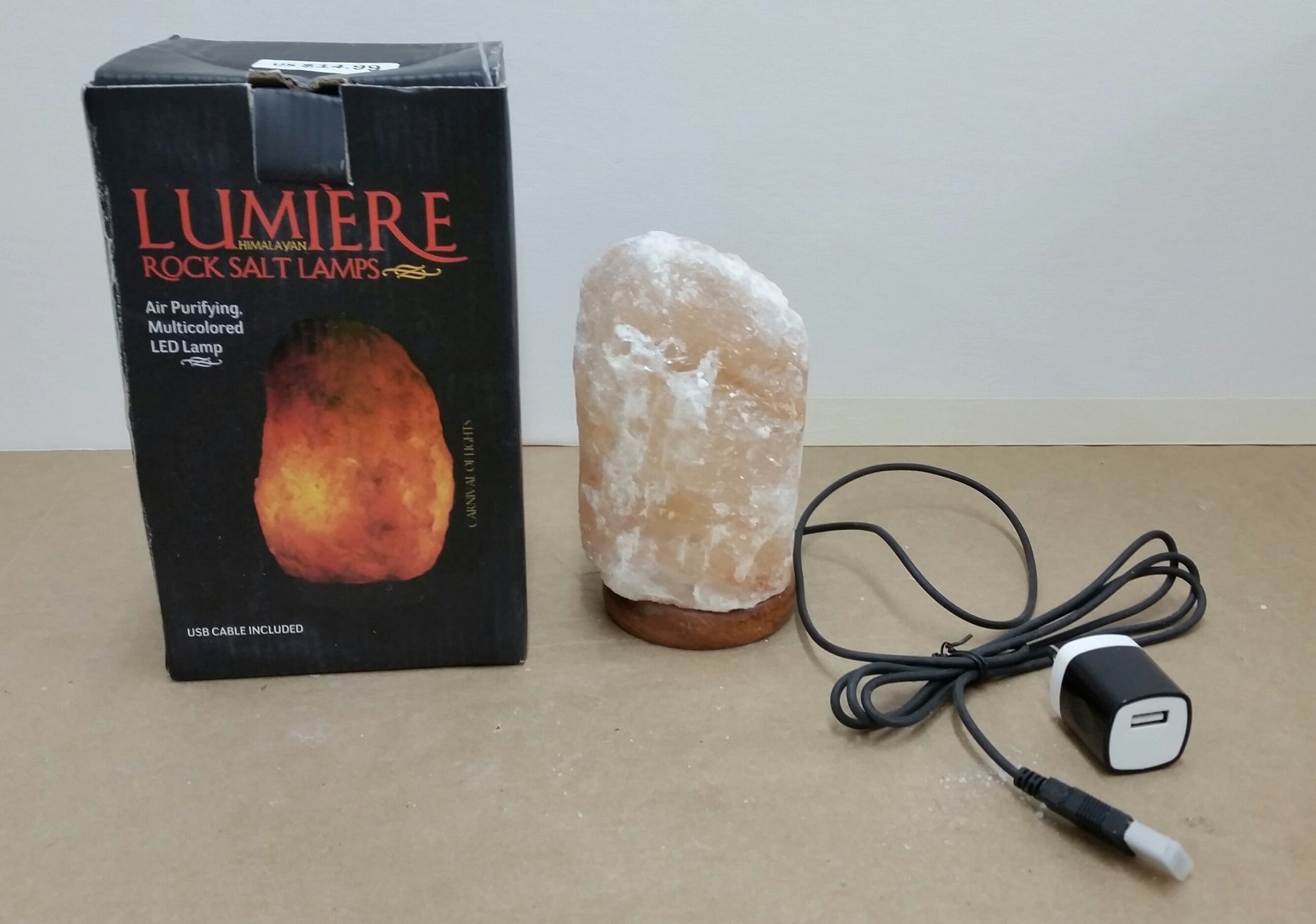 Himalayan rock salt lamps have become increasingly trendy home decor products due to the advertised health benefits provided from the negative ions they supposedly emit. However, the safety commission has issued a second recall for the Lumiere products because the dimmer switch is prone to overheat and ignite, according to consumer reports. The first notice issued in early 2017 recalled 80,000 units, and the second recall affected another 3,900 — many of which were purchased at Michaels stores. Your product’s UPC number will tell you whether your lamp is affected. 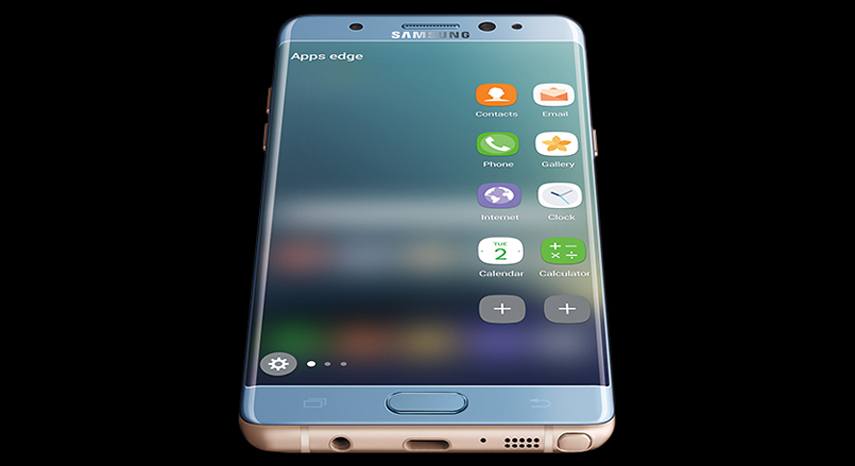 Galaxy Note owners have been plagued with defects in recent years. The Galaxy Note 7 was recalled due to explosive batteries, and now over 10,000 Galaxy Note 4 batteries are being recalled due to overheating. But this time, the retraction involves refurbished AT&T Samsung cellphones distributed by FedEx Supply Chain. Both “FedEx and Samsung have determined that some of the recalled batteries are counterfeit and show anomalies that can lead the batteries to overheat,” according to the safety commission.

Next: This is worse than a paper cut. 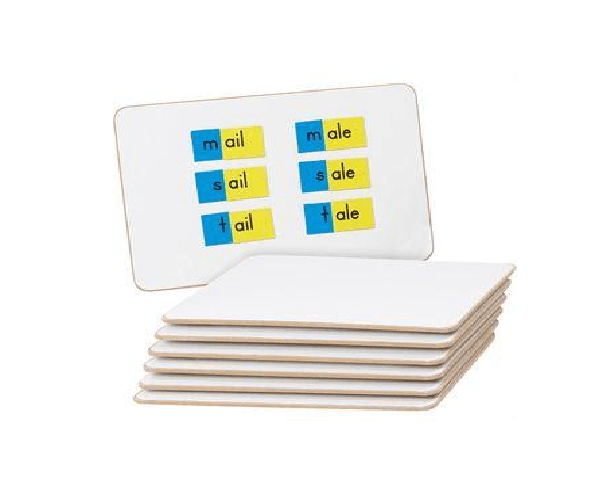 There is a danger of lacerations for children. | Consumer Protection Safety Commission

There’s a good chance many office workers and college kids have magnetic dry erase boards in their rooms. If you purchased the Write Again brand board from Really Good Stuff, then you could be in danger of cuts and lacerations. Nearly 1.6 million of these boards were recalled after countless reports that the magnetic surface separated from the product’s wooden board. Really Good Stuff is offering replacement boards to those affected by the recall.

Next: Video game players need to know about this product recall. 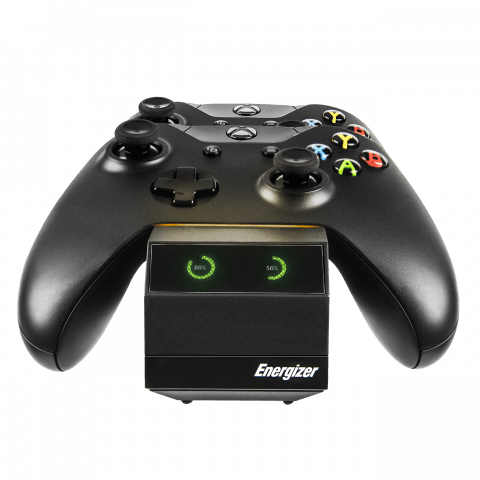 Video game battles often get heated when pride is on the line. But Performance Designed Products issued a voluntary recall of the Xbox One battery chargers after they received numerous reports of burning odors while charging. According to the safety commission, “The battery chargers can overheat and damage the video game controller, posing a burn hazard to consumers.” The company is offering a refund for those affected by the recall.

Next: Is this recalled item on your Christmas list? 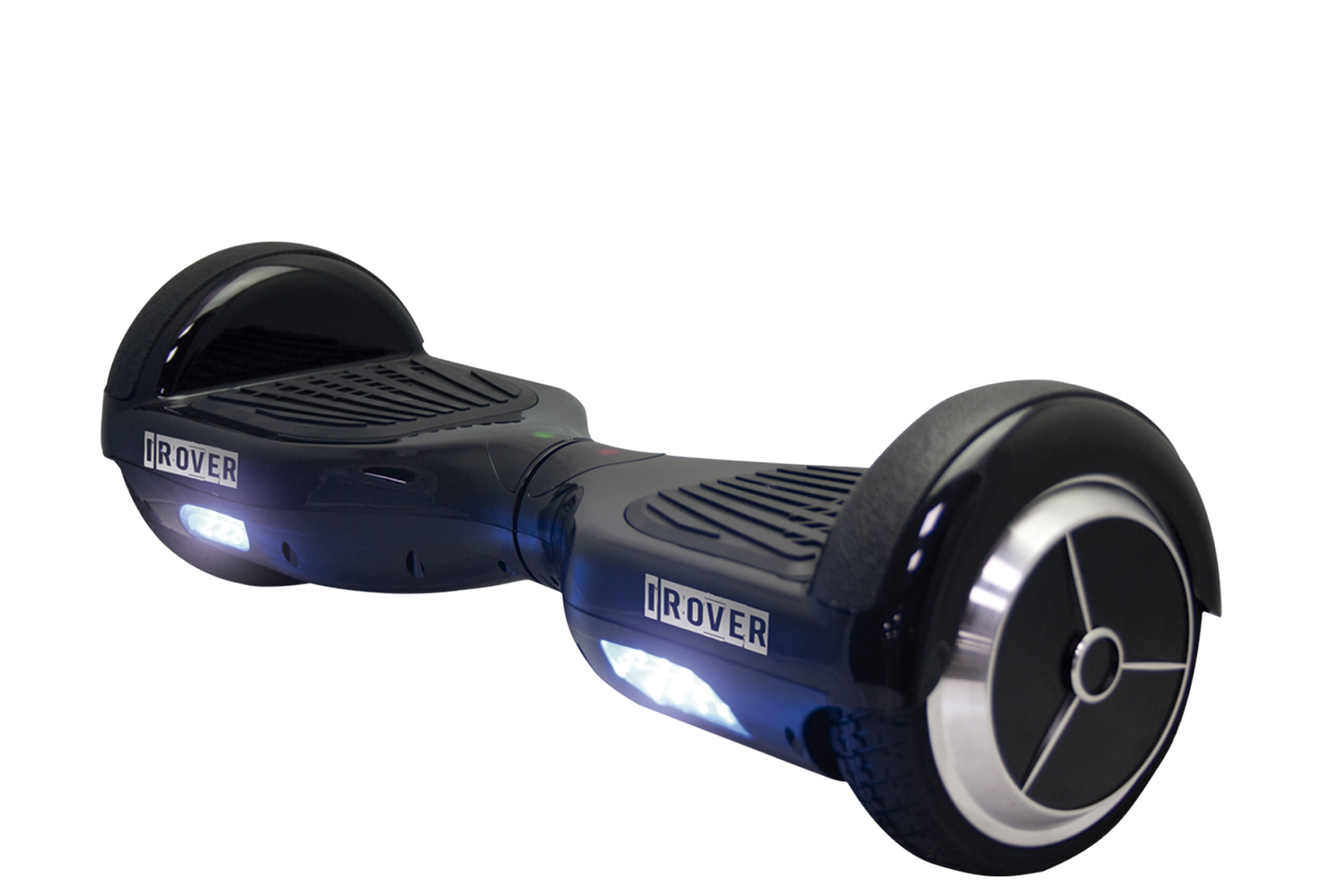 The batteries are as dangerous as the actual hoverboards. | Consumer Protection Safety Commission

Those hip, self-balancing hoverboards are kind of dangerous — not just because they’re really difficult to balance on but because they use lithium-ion battery packs. As with many past recalls, these battery packs are at risk of overheating, smoking, catching fire, and exploding. So before these trendy hoverboards wind up on your kids’ Christmas list this year, check out this recall information first. 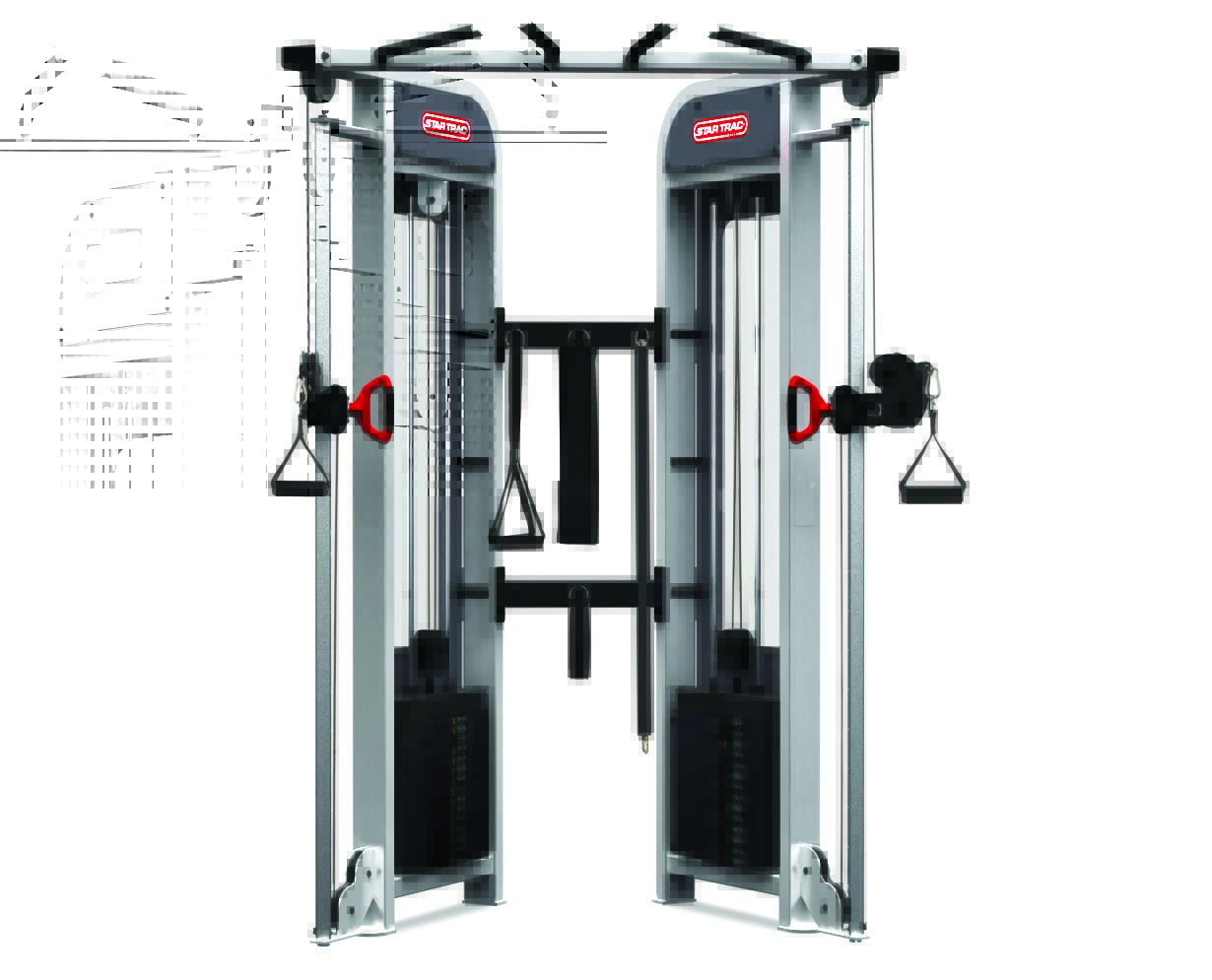 The gym equipment can fall and cause injury. | Consumer Protection Safety Commission

If neglecting proper form while weightlifting is a deal breaker — or you just want an excuse to be lazy for a while longer — check out this recall. Your exercise machine might be one of the 3,600 machines under recall from Core Health & Fitness. The company received many calls of injury after the height-adjusting carriage assembly jiggled loose and fell during use. The safety commission noted these were primarily installed in gyms and fitness centers, so every gym rat should be aware of this recall, as well.