Demand Is on the Rise: Your Guide to Buying Gold 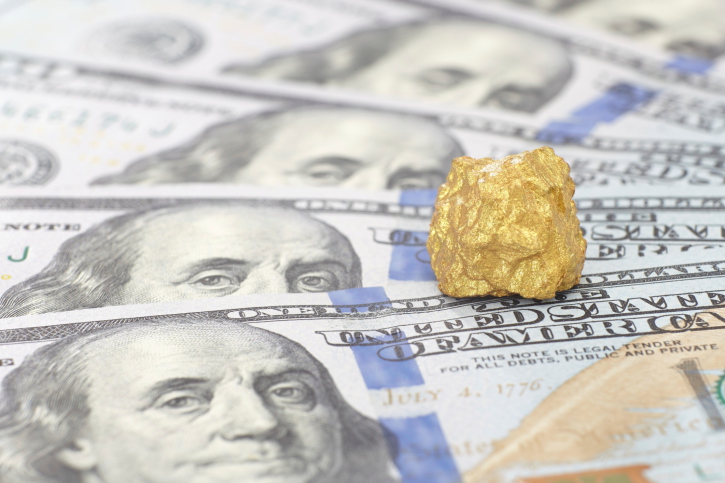 With the price of gold consolidating, I think it is now a good time to start accumulating. The bull market has stalled out for a few years, but longer term gold is looking very positive. There is substantial demand coming out of Asia and the East more generally. Also, central bank demand is rising. Finally, all over the world central banks have very low interest rates. The Federal Reserve has rates at 0.25 percent and it is still buying mortgage bonds and long-term Treasury bonds, which puts more money into the economy. We also learned on Thursday that the ECB is lowering interest rates below 0 percent — the bank takes money when up store it there.

Despite all of this, downward price action has created a lot of bearishness in the gold market, and it is time to exploit this irrational negativity. But how should you buy gold? It is simple enough to simply go out and buy the SPDR Gold Trust (NYSEARCA:GLD), which is the largest and most liquid gold ETF. Investors also have a tendency to flock to the Market Vectors Gold Miner ETF (NYSEARCA:GDX) in search of leverage to the gold price. But these are poor strategies in my opinion.

With respect to the GLD, I think there are better vehicles out there. The problem with the GLD is that your gains are taxed at the collectible rate, which is 28 percent. A good alternative is therefore the Sprott Physical Gold Trust (NYSEARCA:PHYS), which, from the taxman’s perspective, is akin to a stock. If you hold it for at least a year you are taxed at the capital gains rate of 15 percent or 20 percent, depending on your tax bracket.

Another alternative is the Central Gold Trust (NYSEMKT:GTU). The great thing about this fund is that it trades at a discount to the gold price. So right now if you buy the GTU, you are effectively buying gold at $1,200/ounce.

However, none of these are alternatives to physical gold, and I think that every investor needs to have at least some physical gold. One of the reasons to own physical gold is to hedge against the risk that the banking system will fail. We are complacent in our assumption that when we go to the store our debit/credit cards will just work. We are also complacent in our assumption that the banks will be open when we need them to be. But this isn’t always the case. Recall that on September 11, 2001 the banks were closed. If you needed money, you couldn’t get it. So you need to be prepared for something similar, especially since next time it might last longer. Physical gold is a great way to store your wealth outside of the banking system. You can buy coins such as American Gold Eagles or South African Krugerrands for just a small premium over the current spot price of gold.

Finally, while gold is predominantly a safe-haven trade, you may want some leverage. But as I said above, I don’t think that the Market Vectors Gold Miner ETF is the right way to go. A lot of that fund’s holdings are poorly managed, and they have substantially underperformed the gold price during the 21st century. The best alternative for somebody who isn’t an expert in the mining industry is the gold royalty and streaming companies. These are companies that make deals with mining companies whereby they make an upfront payment to a mining company in exchange for an agreed upon amount of future gold production.

These deals take many forms, but they usually result in the royalty company generating very strong profit margins and growing rapidly. For instance, my favorite gold royalty company – Royal Gold (NASDAQ:RGLD) — has substantially outperformed the gold price and the stock market during the gold bull market. Another market favorite is Franco Nevada (NYSE:FNV), which has made a few very successful royalty deals — most notably its early investment in the now massive Detour Gold project in Ontario.