Demi Lovato Net Worth: How She Makes Her Money and How Much She Made from the Tell Me You Love Me World Tour 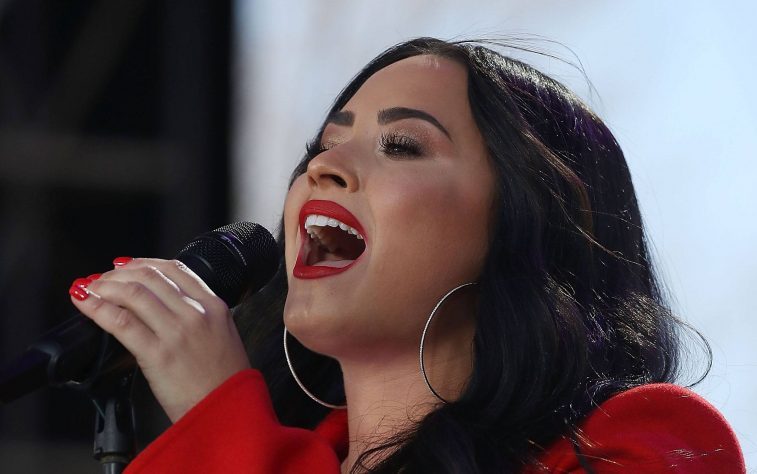 What is singer Demi Lovato’s net worth? Here’s what we know about her wealth, how she makes her money, and how much she earned from her Tell Me You Love Me World Tour.

Lovato started out as an actress. She made her acting debut in the TV series Barney & Friends, playing the role of Angela from 2002 to 2004. A few years later, she went on to play Charlotte Adams on the Disney Channel series As the Bell Rings. Lovato is best known for playing the role of Mitchie Torres in the 2008 Disney Channel movie Camp Rock. After Camp Rock, she appeared in the movie Princess Protection Program and provided voiceover in Smurfs: The Lost Village.

Lovato used her acting career as a springboard for a career in music. She released her debut album, Don’t Forget, in September 2008. It reached the No. 2 spot on the Billboard top 200 chart. The album was certified Gold by the Recording Industry Association of America. As of 2018, Lovato has released six studio albums.

Although Lovato has been successful in her career, she has had some difficulty in her personal life. The singer has been vocal about her struggles with alcohol and drug abuse. She also revealed she had been battling bulimia, self-harm, and bipolar disorder. In July 2018 Lovato reportedly overdosed on drugs and entered a treatment facility.

Demi Lovato’s net worth and how she makes her money

As of this writing, Demi Lovato has an estimated net worth of $40 million, according to Celebrity Net Worth. Much of her wealth comes from touring and album sales, but she also earns money through other means. Lovato’s endorsement deals with several major brands help add to her net worth. Most of these partnerships focus on health and fitness. Her endorsements include deals with Fabletics, CORE Hydration, and Ember.

Furthermore, Lovato earned income from her role as a celebrity judge on the reality talent show X Factor. She reportedly earned $2 million a year for her X Factor appearance, according to Celebrity Net Worth.

Lovato earned $20 million during the opening run of her Tell Me You Love Me World Tour, according to Billboard. However, she had to cancel remaining 2018 tour dates, so she could seek treatment for drug addiction. The Barclays Center in Brooklyn was the top grosser among the venues on the first leg of the tour, bringing in more than $1.5 million in revenue.