Devin Nunes has served as U.S. Representative for California’s 22nd congressional district since 2003. He was a member of Donald Trump’s transition team and has been chairman of the United States House Permanent Select Committee on Intelligence since 2015. And he used to be a dairy farmer.

In early 2018, Nunes was criticized for bias in a congressional investigation into Russia’s interference in the 2016 U.S. elections — he denied all allegations. Read on to find out how Nunes went from dairy farmer to a central figure in the Trump-Russia saga.

1. How Nunes got into politics 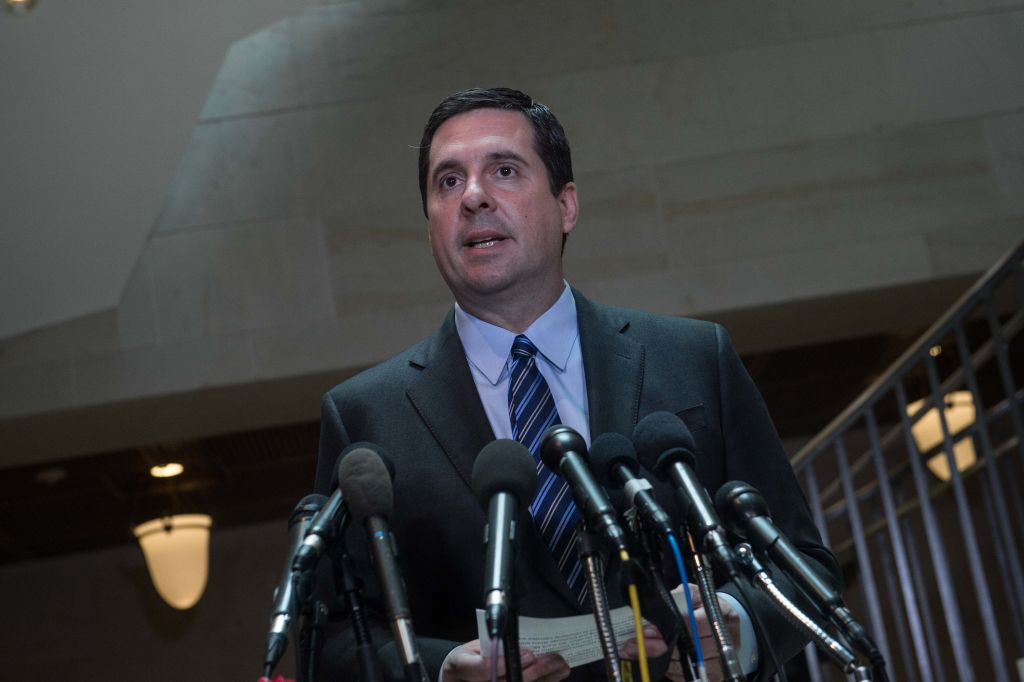 He started out as a dairy farmer. | Nicholas Kamm/AFP/Getty Images

In 2001, President George W. Bush appointed Nunes as California state director for the United States Department of Agriculture’s Rural Development section, according to The Washington Post. In 2002 he ran for the Republican nomination in the 21st congressional district and won. The rest is history.

2. He rose through the ranks quickly 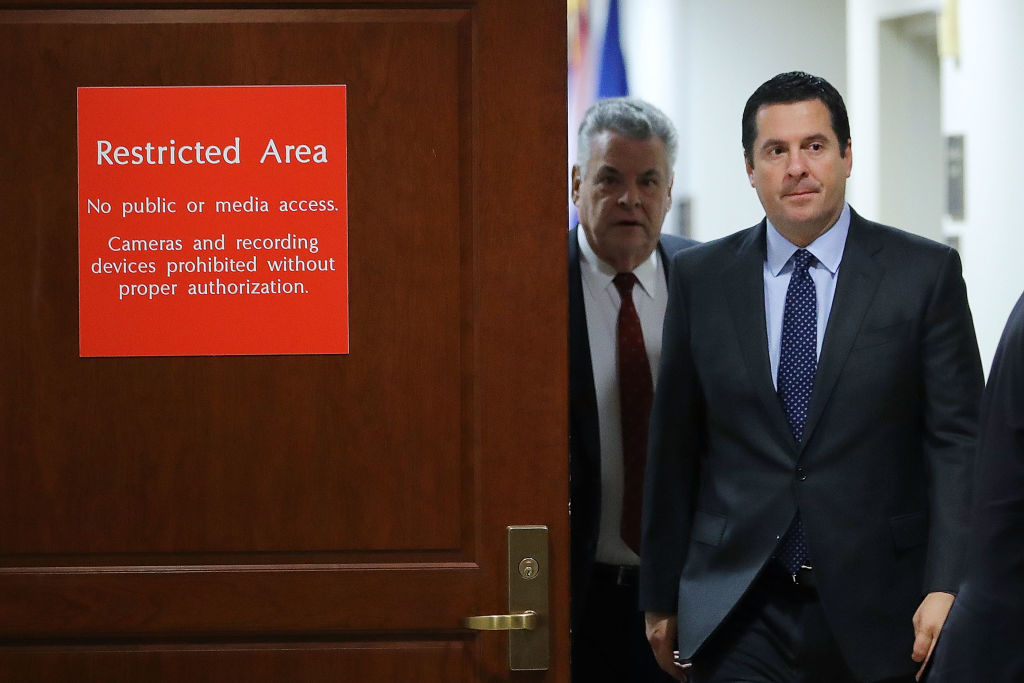 He was made chairman of the secret committee. | Chip Somodevilla/Getty Images

In 2011, after serving eight terms in Congress, Nunes was appointed to Congress’s secretive panel, the United States House Permanent Select Committee on Intelligence. After only four years, he was appointed chairman of the committee.

Next: Russia enters the scene

3. He gets into the Russian interference issue 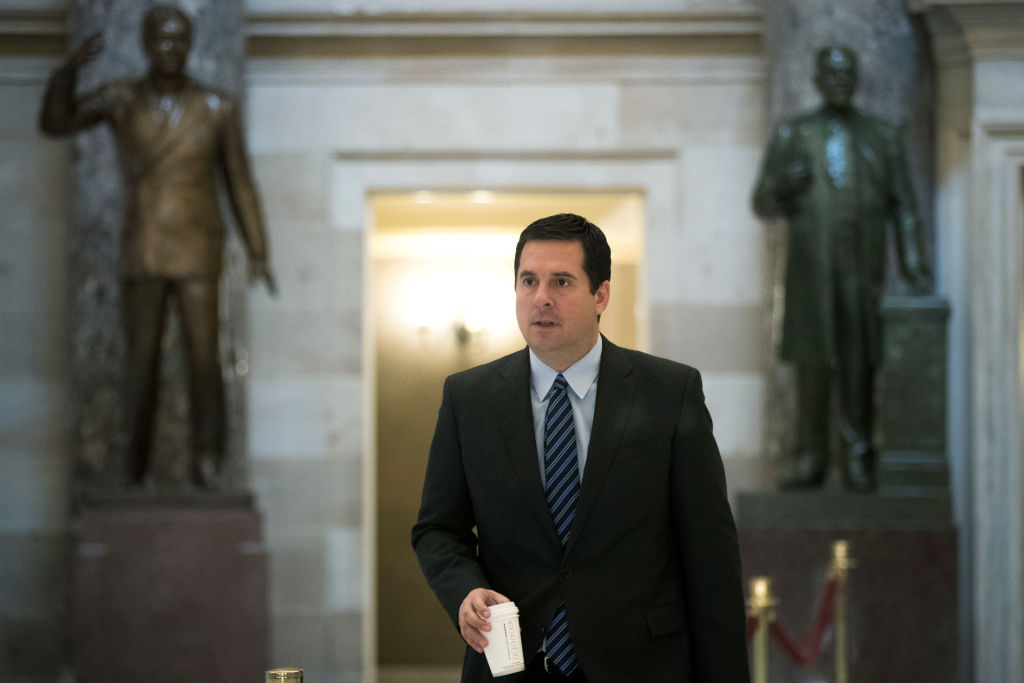 He tried to sabotage the investigation. | Drew Angerer/Getty Images

4. He launched his own investigation 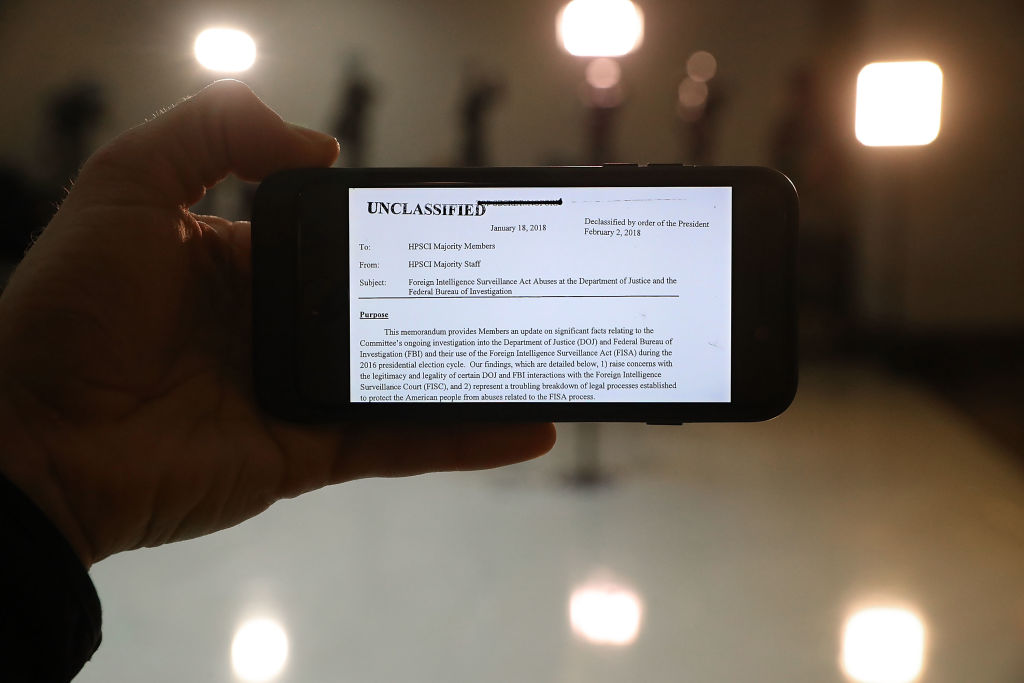 The now-infamous Nunes Memo doesn’t include the fact that he was in on it. | Chip Somodevilla/Getty Images

Next: Nunes going to the big house? 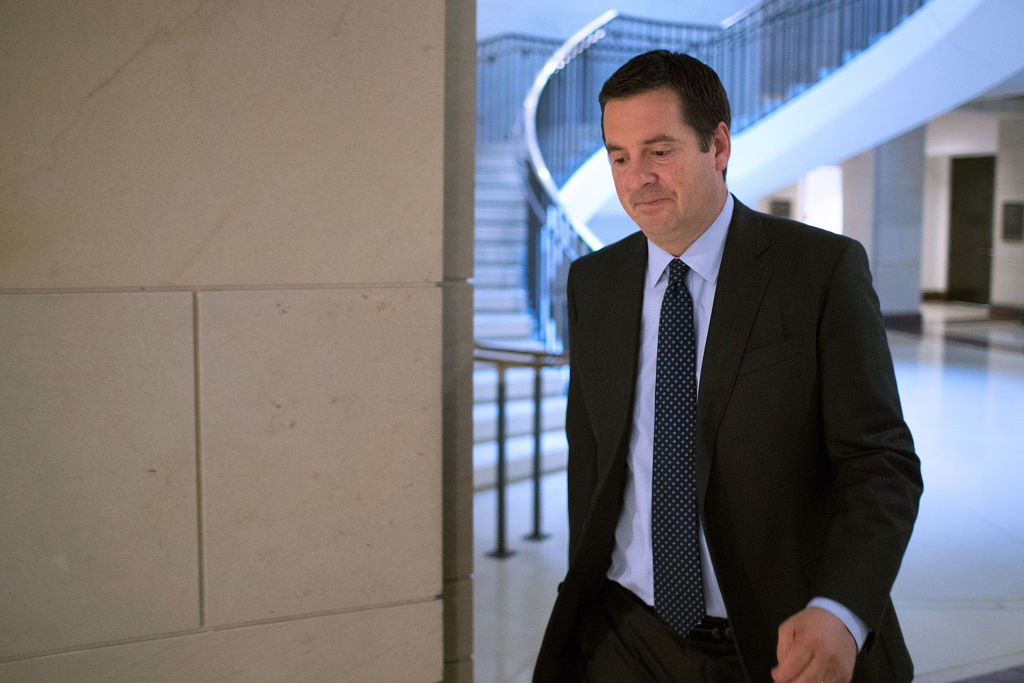 According to the Palmer Report, at least one respected legal expert thinks Nunes will go to prison for his involvement in the Trump-Russia conspiracy. Harvard Law Professor Laurence Tribe — a leading expert on the U.S. Constitution, tweeted this on December 28: “Nunes is headed to federal prison.” Tribe declined to expound on his legal reasoning, but it’s not hard to figure out what he’s talking about.

Next: Nunes talks too much 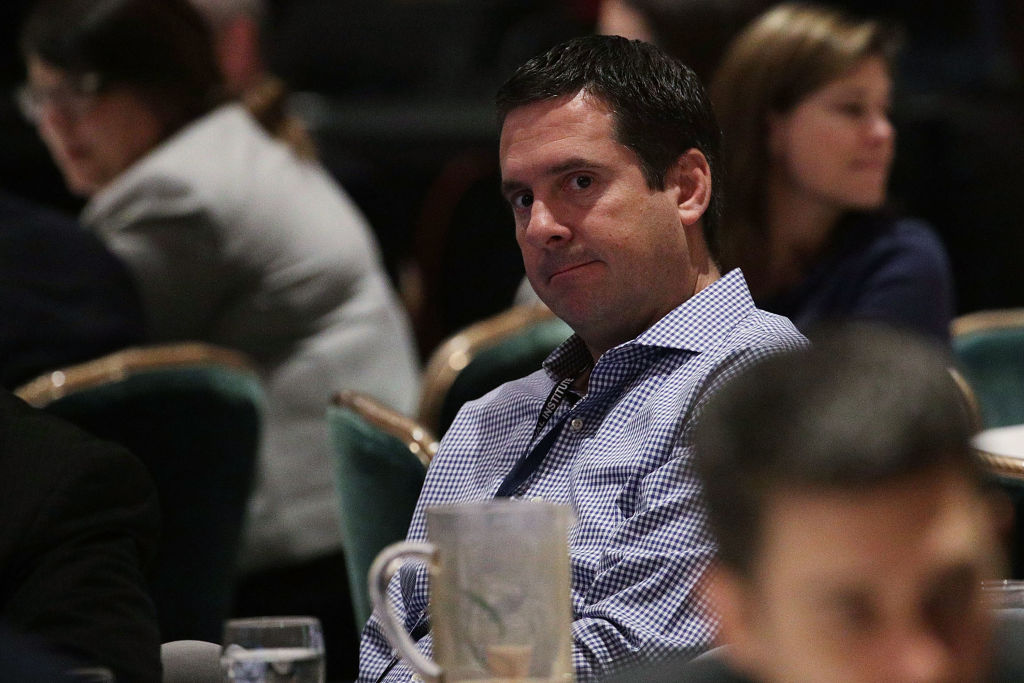 According to The Daily Beast, Nunes said he didn’t think Russia wanted Trump to win the election, which directly contradicted the intelligence community’s determination regarding Russia’s intentions. In addition, he said he saw no sign of Trump’s campaign colluding with Russia, yet Rep. Adam Schiff — Nunes’ Democratic counterpart — said that’s impossible to rule out so early in the investigation.

Nunes also spoke to a reporter — on behalf of the White House’s — about ties between Russia and Trump associates, which some critics saw as him “undermining the independence of his ongoing Russia probe.”

Next: Is Nunes a loyal subject?

7. He wasn’t a Trump supporter 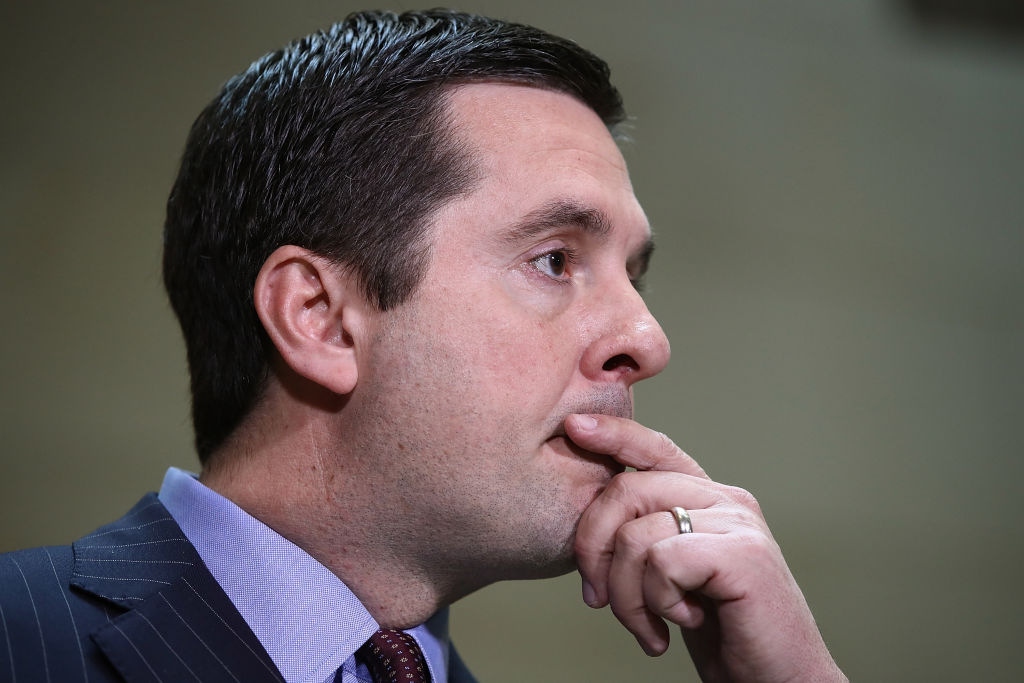 He said he would support whoever the Republican nominee would be. | Win McNamee/Getty Images

During Trump’s presidential campaign, Nunes wasn’t a strong Trump supporter. The only thing he said was that he would support whoever the Republican nominee turned out to be.

Nunes did give offer to brief all of the candidates on national security issues. According to Politico. Trump took him up on his offer in March 2016.

8. His constituents have this to say 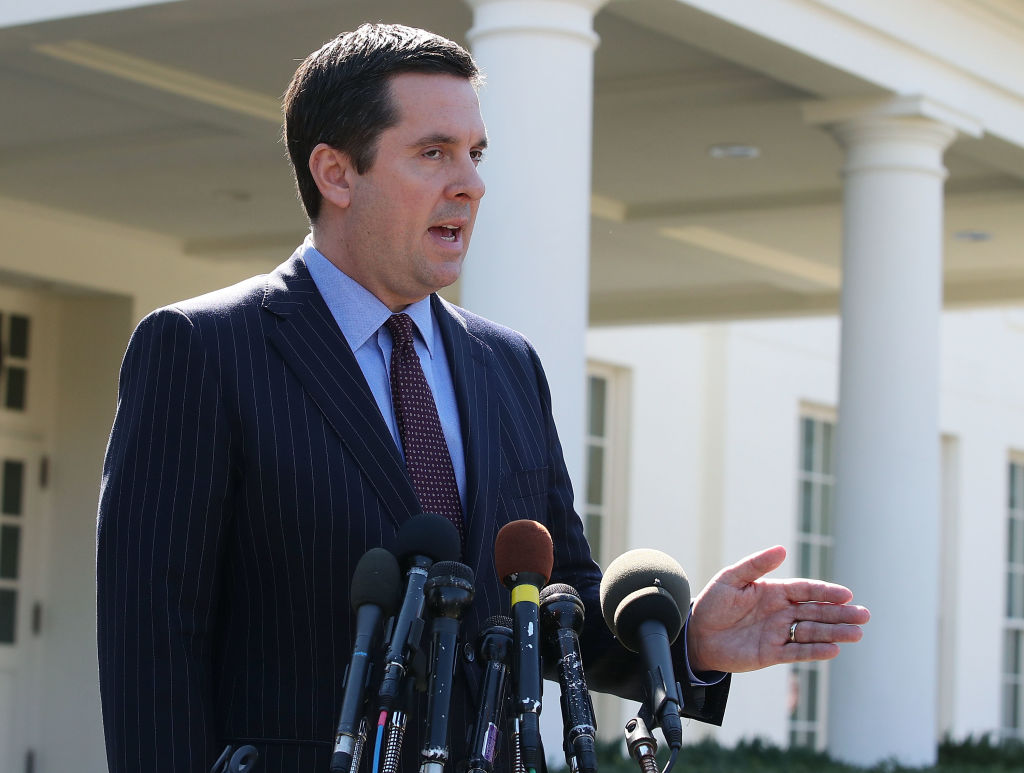 His constituents aren’t all the biggest fans. | Mark Wilson/Getty Images

Farmersville, Calif., Democratic city council member Greg Gomez told The Daily Beast that he met his congressman only once — and that he thought Nunes was “robotic” and “reclusive” toward his constituents. Many of his constituents wonder why Nunes — who has no significant intelligence or military experience would be in charge of overseeing the nation’s spies.

9. He has things to overcome 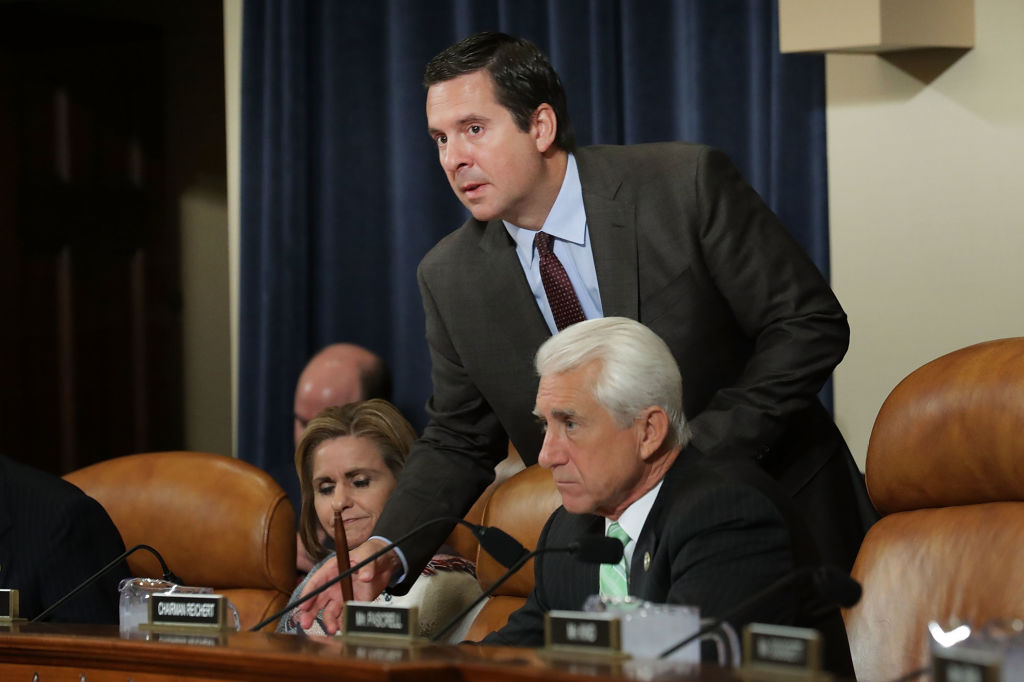 He is not doing a very good job of looking bipartisan. | Chip Somodevilla/Getty Images

Convincing the public that he is running a bipartisan, transparent investigation into the Trump-Russia scandal is Nunes’s biggest challenge. So far, he’s not doing very well — he already tried to minimize how important his own panel’s investigation is and he has already expressed an opinion regarding the probe’s outcome.

Next: He doesn’t want an independent investigation.

10. He doesn’t want an independent investigation 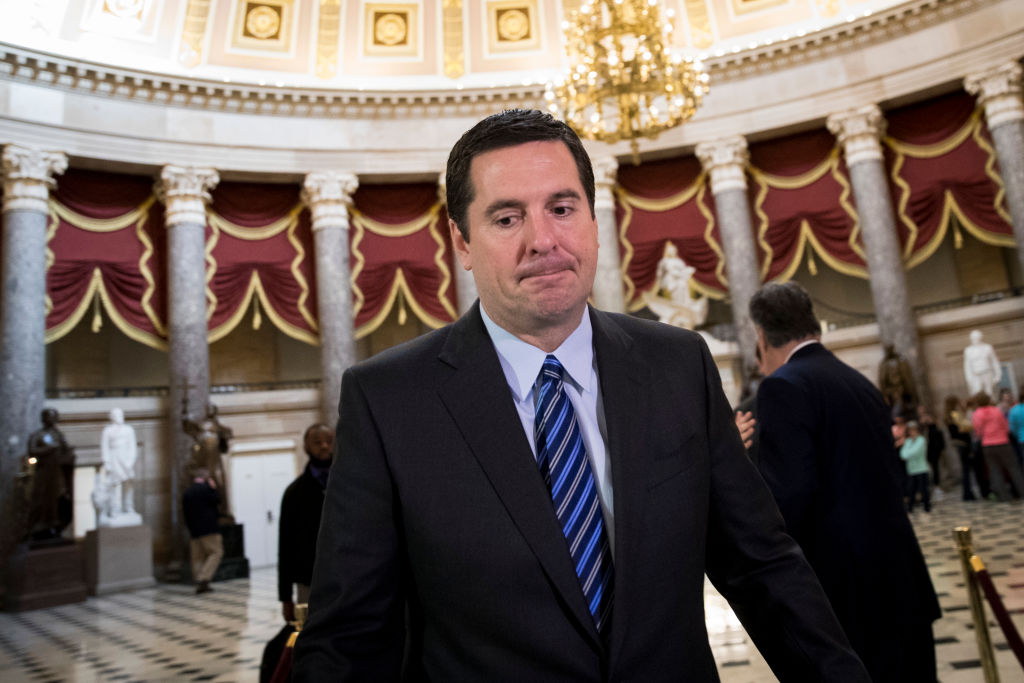 He calls the investigation a ‘witch hunt.’ | Drew Angerer/Getty Images

According to The Daily Beast, Nunes doesn’t want this whole thing to turn into “witch hunt” against anyone in the U.S. who has ties to Russia. And he doesn’t think there should be an independent investigation into the scandal — he feels it would be “almost like McCarthyism revisited.”

Read more: Meet the Dwight Schrute of the Trump Administration