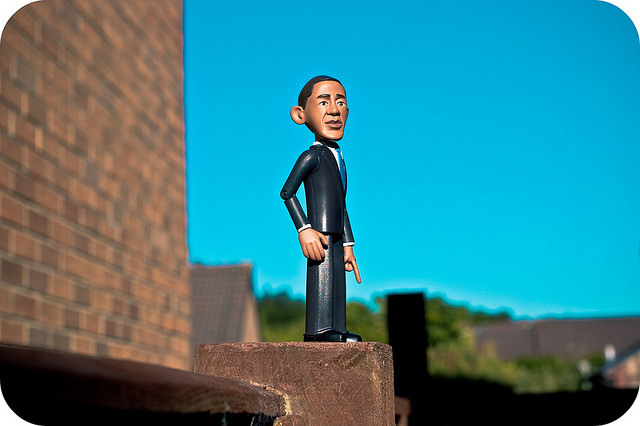 “Several critical tasks remain to be completed in a short period of time,” noted Gloria Jarmon, the Department of Health and Human Service’s Deputy Inspector General for Audit Services, in an August report on the status of the implementation of the cornerstone provision of the Affordable Care Act — the individual insurance exchanges. According to Jarmon, Centers for Medicare and Medicaid Services, or CMS, had delayed key deadlines by about two months.

While that study was primarily focused on the security of the online marketplaces, the inspector general’s report served as a warning for the proper functioning of the entire computer-based system. “They’ve removed their margin for error,” Deven McGraw, director of the health privacy project at the nonprofit Center for Democracy & Technology, told Reuters. “There is huge pressure to get [the exchanges] up and running on time, but if there is a security incident they are done. It would be a complete disaster from a [public relations] viewpoint.” Similarly, the Government Accountability Office found in June that while CMS completed many tasks needed to open the federal exchanges on time, “many remain to be completed and some were behind schedule.”

The glitches have been a particular rallying point for those that oppose the Affordable Care Act, and even President Barack Obama himself, speaking from the Rose Garden of the White House on Monday, admitted, “there’s no sugarcoating it: the website has been too slow.” He also argued that “nobody is madder” than him “about the fact that the website isn’t working as well as it should, which means its going to get fixed.”

Obama maintained that purchasing insurance via the online marketplaces is still easier than buying a policy in the private market; there are no longer pages and pages of medical history to fill out, and thanks to the online marketplaces, customers need only visit one website to compare policies rather contact numerous insurers to determine the plan with the best value. But even so, he admitted he wanted “the cash registers to work” and “the check out lines to be smooth.” There are “no excuse for the problems,” the president added.

The time crunch that Jarmon noted in her report was likely a result of the glitches that have plagued the first six weeks of the six-month enrollment period. According to Clay Johnson, a former White House presidential innovation fellow between 2012 and 2013, there is evidence that government officials rushed implementation. Not only did the administration fail to complete exhaustive testing, allowing the exchanges to go live without ever attempting to replicate the user experience, but as he told Bloomberg as recently as last week, the marketplace’s computer code contained placeholder language that programmers typically use in preliminary drafts.

John Gorman, a former assistant to the director of the Health Care Financing Administration’s Office of Managed Care — now the Centers for Medicare and Medicaid Services — which is the agency responsible for the rollout, described the problems as “a perfect storm for an IT meltdown” to Bloomberg. The Obama administration has indicated that high traffic numbers experienced by the federal web portal healthcare.gov, which links consumers to the 36 federally-facilitated exchanges, has exacerbated the technical problems. And while it is true that approximately 8.6 million people visited healthcare.gov by October 4, independent research shows that of the 9.47 million people that visited the website in the first five days after launch, only 36,000 people — roughly 1 percent of those who attempted to register for the federal exchange — enrolled. Likely, the low enrollment number reflected continued technical problems as well as the fact that customers lacked the necessary information and patients to complete all the enrollment steps.

Therefore, IT problems mean enrollment problems for the Obama administration. “If they can’t get it fixed for most people by mid-November, they start raising questions about who’s going to enroll and concerns about adverse enrollment,” said Gail Wilensky, a former administrator of HCFA, told Bloomberg. In fact, experts believe that the glitches will turn off younger, more web-savvy individuals from purchasing insurance via the Obamacare exchanges. That is concerning for the administration because, officials have calculated that of the 7 million people who are expected to enroll via the Affordable Care Act’s exchanges around 2.7 million need to be young adults for the entire system to function as intended.

Obama signed the Affordable Care Act into law more than three years ago, in March 2010, and it may seem surprising that the viability of the exchanges was stymied by a time crunch. However, there may be an explanation. Officials from CGI Group, a primary contractor for healthcare.gov, told staff of the House Oversight and Government Reform Committee that the web portal’s design was adjusted just one month before the October 1 debut. The change prevented potential enrollees from comparing prices without registering for an account, according to a letter Republican lawmakers sent to CGI officials, Bloomberg reported. The letter did note that it is still unknown why that change was made. “We are concerned that the administration required contractors to change course late in the implementation process to conceal Obamacare’s effect on increasing health insurance premiums,” stated the letter, authored by Darrell Issa, the California Republican who heads the committee, and four subcommittee chairman.

Comparatively, White House Press Secretary Jay Carney said Monday that the system was tested, and “based on the expectations we had, you know, we were confident that it was going to work more effectively than it’s been working.”

Here’s how the major U.S. equity markets traded on Wednesday:

Don’t Miss: Insurance Executives Have Some Bad News for Obamacare.