Did Cash-Strapped Americans Keep These Retailers From Cheering? 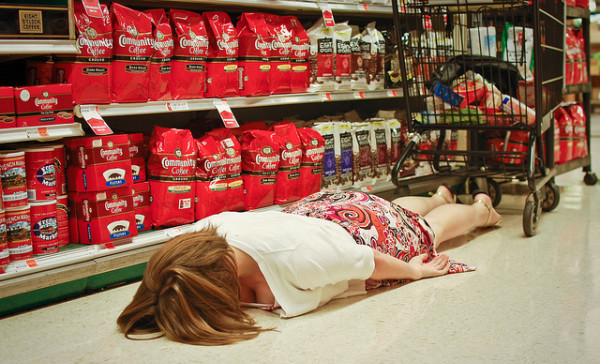 The holiday shopping season is failing to give many retailers a reason to cheer. With the economy wrapped in high unemployment levels and stagnant wage growth, about one in four Americans spent less than expected during the holidays.

“The U.S. economy has definitely carried some momentum into 2014, but it’s still a slow-growth economy with high unemployment and stagnant household income,” said Greg McBride, CFA, Bankrate.com’s senior financial analyst. “Consider that the economy has hit a rough patch each year of the recovery, usually in the first half of the year, and has underperformed the Fed’s estimates year-in and year-out. I expect similar results in 2014.”

Several retailers have recently echoed the frugality of consumers during the holiday shopping season. Shares of SodaStream (NASDAQ:SODA) crashed more than 20 percent on Monday after the company announced weaker-than-expected fourth-quarter results. SodaStream makes home beverage carbonation systems that are often a popular gift for the holidays.

“Despite achieving all-time record sales, we failed to deliver our profit targets and are disappointed in our fourth-quarter performance,” said Daniel Birnbaum, CEO of SodaStream. “These preliminary results reflect a challenging holiday selling season in the U.S. and several factors, mostly from the second half of the quarter that negatively impacted our gross margin.”

Last week, shares of Bed Bath & Beyond (NASDAQ:BBBY) suffered their worst intraday decline in more than a year after reporting disappointing earnings and cutting fourth-quarter guidance.  Bed Bath & Beyond expects earnings of $1.60 to $1.67 per share in the fourth quarter, compared to its previous estimate of $1.70 to $1.77 per share.