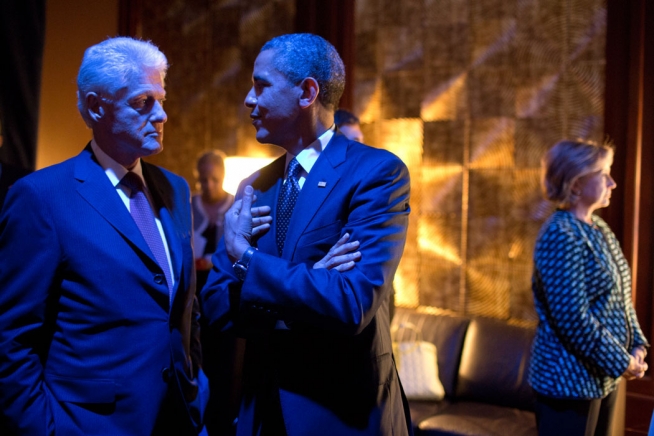 Vice President Joe Biden may seem like a government staple these days, but according to the Washington Post, there was a time when replacing him was under discussion by some in the Democratic party — though not by President Obama.

“Not for a moment was there a serious discussion or a belief that Joe Biden should be replaced, period. That doesn’t mean issues were not looked at. Lots of issues in 2011 were looked at. It was looked at. But it was never seriously looked at in the sense that there was a belief that it ought to be done or needed to be done, and the truth is that any research that was done confirmed the fact that it was not an issue voters cared about or thought should be done,” said Bill Daley, the former chief of staff in the White House. Needless to say, a bit of a backpedaling mouthful.

Jay Carney, the White House press secretary corroborated his statement though, saying that while it was considered, it would never have happened. “Campaigns test everything. They run everything through the polls and focus groups. Whatever proposition it is, they test it out. But as the book itself says, this was never considered by the President,” said Carney on the matter.

According to the Washington Post, Biden wasn’t the first VP to wobble in his position — as former President George W. Bush mentioned in his memoir “Decision Points,” he had considered replacing Vice President Dick Cheney during the 2004 re-election campaign.

David Plouffe, the former senior adviser to President Obama, said that Obama and his advisers never would have considered the replacement — so in that sense the comparison ends. In a tweet, Plouffe said that, “Never any — any — consideration of VP/HRC (Vice President/Hillary Rodham Clinton) switch. Not even entertained by the only person who mattered (Obama). Or most of us. Back to Halloween.” The rumor was begun by Mark Halperin and John Heilemann — two journalists — in their book “Double Down,” where they mentioned that a switch had been contemplated.