These Dishwasher Detergents Are a Huge Waste of Money

If you wanted to furiously scrub dishes, you would’ve personally done so in the sink, right? There’s no point in relying on your dishwasher if your dishwasher detergent is going to leave grimy food stains anyway. New data shows some cleaning products are better than others — especially when it comes to dish detergent.

Product experts at Consumer Reports published a comprehensive review of the nation’s most popular dishwasher detergents. After running a slew of dirty dishes through the normal wash cycle, they ranked America’s best and worst products. Apparently, detergent pacs perform better than powders or gel, and the most expensive products aren’t always your best choice. “That’s because more pacs contain a pretreat solution, degreaser, bleach, or rinse-aid to boost cleaning,” CR explains.

So which products aren’t worth your money? Here are the 14 dishwasher detergents that CR scored the lowest, and one awesome product that outshined the rest. 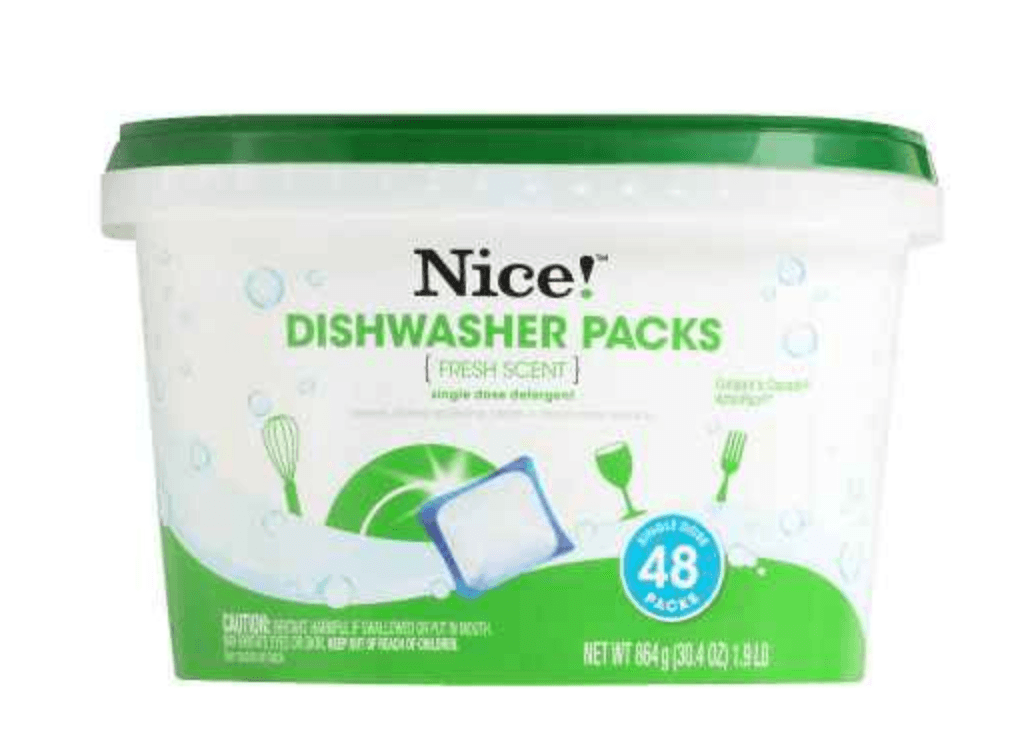 It’s not that nice. | Walgreens

This Walgreens dishwasher detergent may be nice, but when it comes to caked on messes and seared spaghetti sauce, you’re going to need something a bit stronger than “nice.” Consumer Report’s overall score of 71 suggests shoppers could choose worse products, but at a hefty price of $0.25 per load, you’ll be better off spending your money elsewhere.

Next: A seriously pricey waste of money 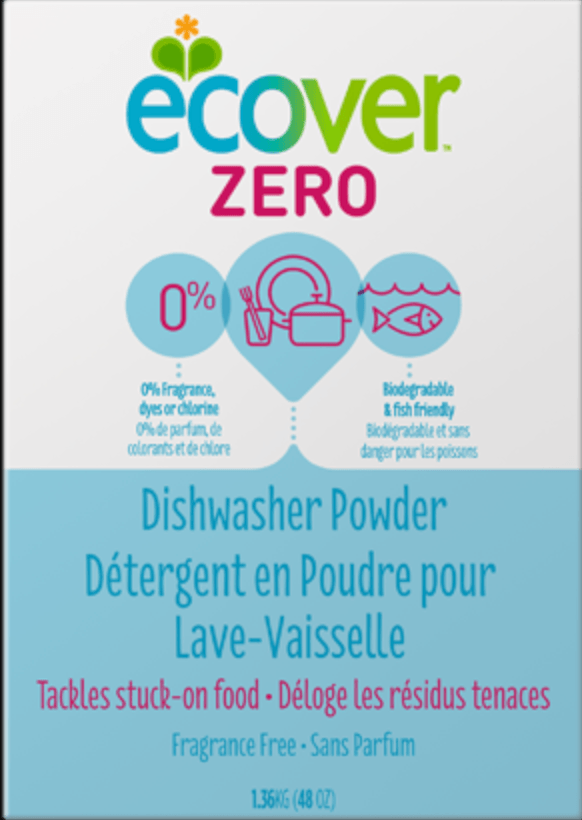 Compared to others on this list, Ecover Zero ranks average for effectiveness. But when you’re paying $0.30 per load for a 45-oz. box of powder, you expect it to work wonders. However, this is not the case.  With a score of 70 (much lower than that of the leading dishwasher detergent we’ll discuss later), it’s unclear just how “powered by nature” this product actually is.

Next: An average alternative, but still not the greatest 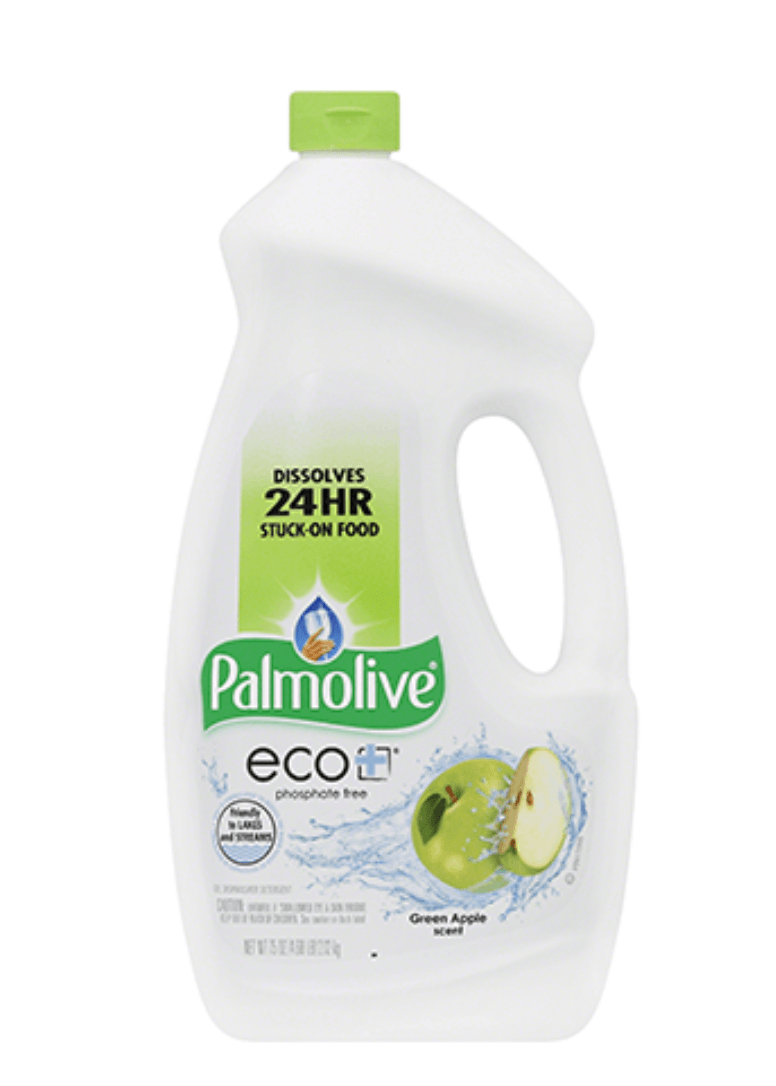 If you must use a gel, Consumer Reports suggests you take a look at Palmolive Eco+. Though it’s the highest-ranked gel detergent on this list, it still falls mid-pack when it comes to cleaning power. Price per load is low, awarding it a CR “Best Buy”, but you’ll still be washing money down the drain if you have to use double the gel for a sparkling finish.

Next: A dishwasher detergent deemed a waste of money 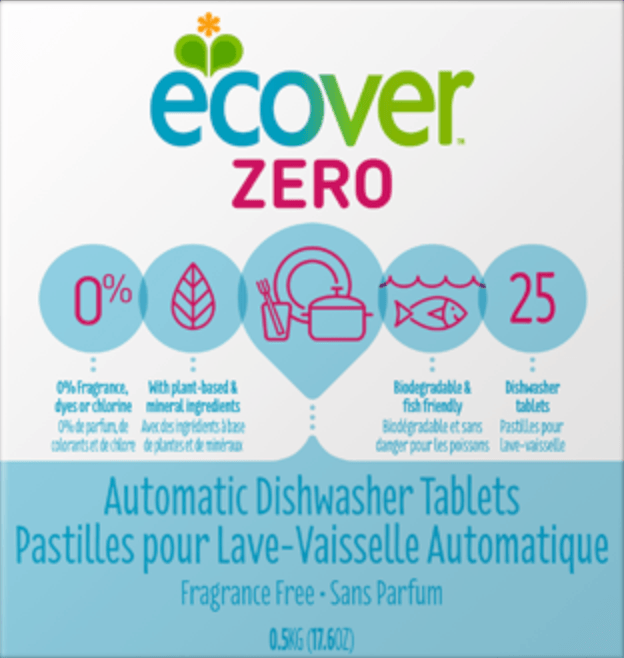 Even less effective than the powder. | Ecover

We already know Consumer Reports deemed Ecover Zero a waste of money … but so is its close relative, Ecover tablets. A box of 25 tablets is slightly less expensive than its counterpart above, but the so-so tablets are even worse at accomplishing its only job. The CR verdict? Unworthy.

Next: A lack of power 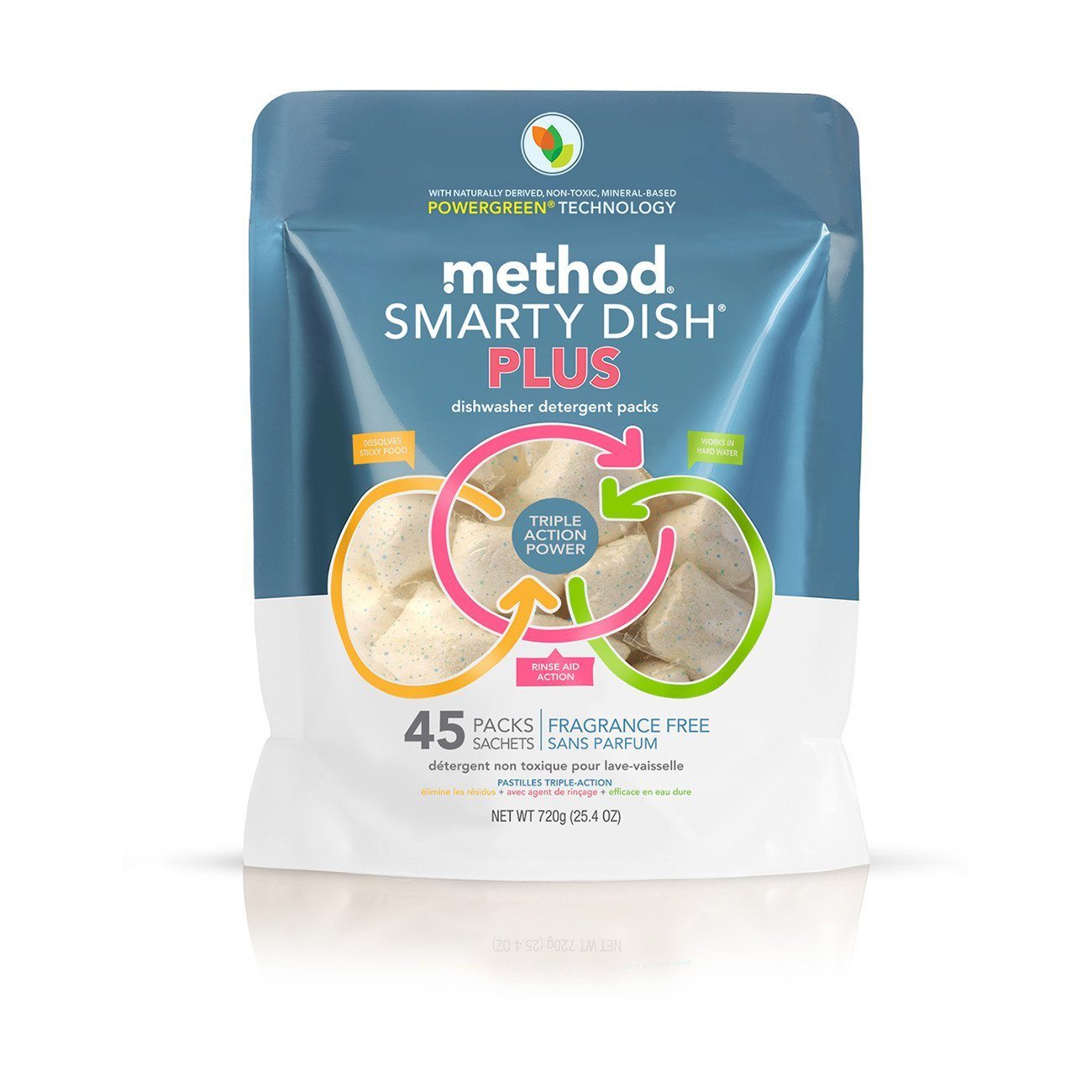 It doesn’t clean as well as it says it does. | Amazon

Yet another cleaner that’s pricey and ineffective. Consumer Reports is a little suspicious of Method Smarty Dish Plus’ “Triple action power” after realizing its ability to clean pots and resist food deposits is poor. A overall score of 65 means consumers should avoid buying this product at all costs.

Next: Don’t assume this product will clean your dishes

Shoppers are bound to assume any product that enlists the help of Clorox is a smart buy. However, Consumer Reports data suggests that’s not the case. A weak score of 58 implies this Cascade product is just another average detergent not worth opening your wallet for.

Next: A lackluster detergent from one of America’s favorite stores 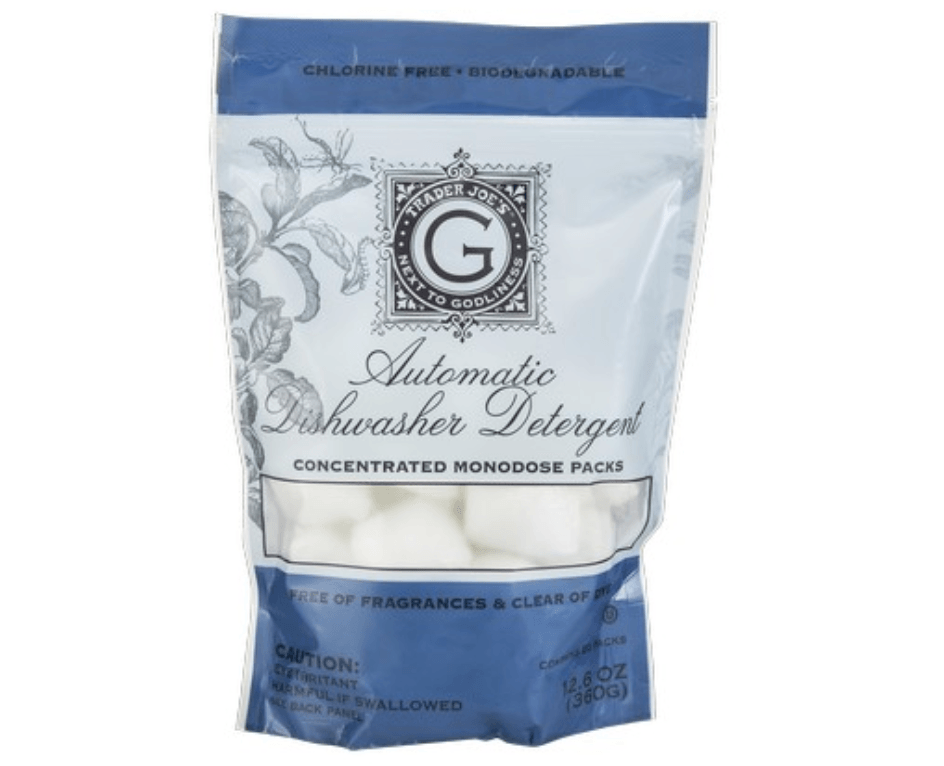 It’s cheap at least, but still not worth it. | Trader Joe’s

It looks like you may find yourself scrapping off dried on food particles from your clean dishes if you buy this specific Trader Joe’s detergent CR ranks at 52. Sure, it’s one of the cheapest options on this list, but maybe paying a bit more for a better cleaning product is worth it. Lab tests found its ability to resist food from resettling on dishes and glasses fell way below average.

Next: A doubly bad dishwasher detergent 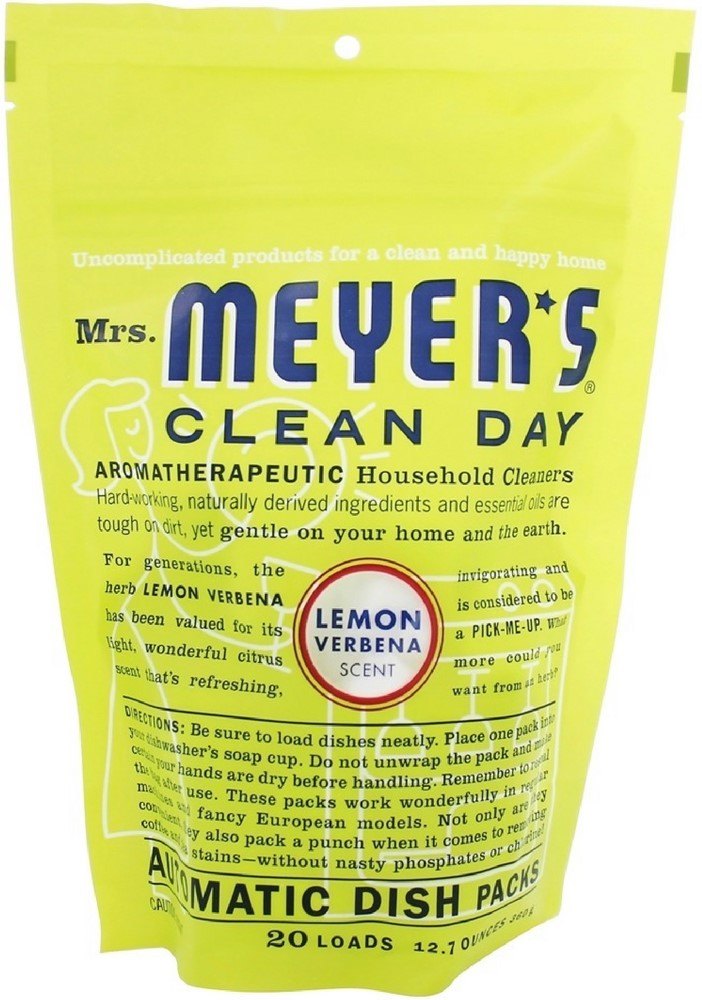 This “aromatherapeutic household cleaner” is the most expensive detergent on this list. It also does a less-than-stellar job at resisting food deposits – – a bad news double whammy. CR recommends you steer clear of this overpriced dishwashing detergent.

Next: Don’t spend your money on this next product 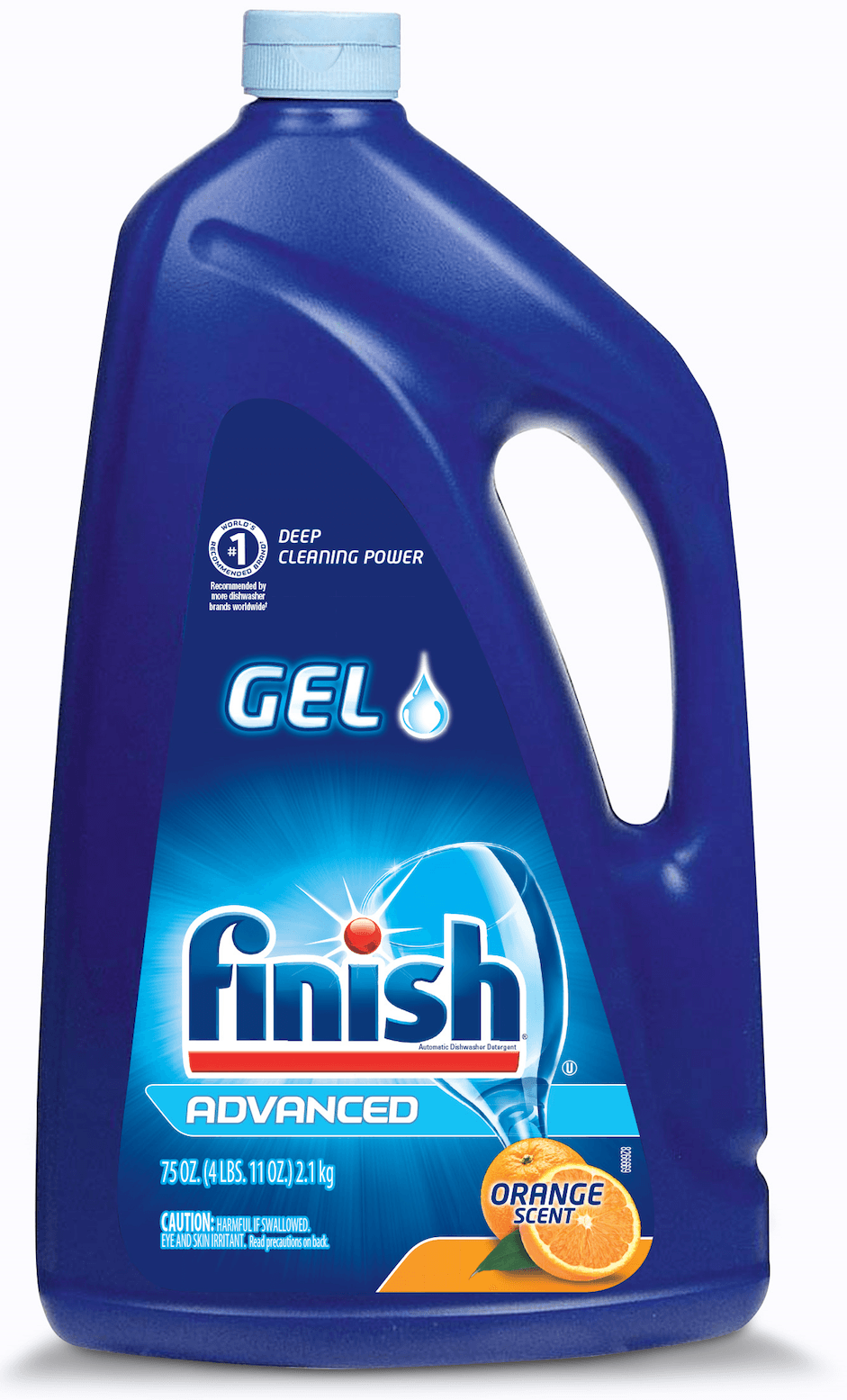 It may clog your drain. | Walmart

The label may say “Advanced,” but that doesn’t mean it’s cleaning powers are any better than the other failing detergents on this list. Finish Gel dons a poor company rating — just 34 — and CR experts recommend you opt for pacs over gel detergent such as this. One reviewer even noted this detergent clogged her drains after just one month of use. Yikes.

Next: What’s up with Walmart detergent?

It’s not a great value. | Walmart

Walmart’s generic Great Value brand detergent failed most tests — much like the other gel detergents on this list. Its bargain price does nothing to counteract its shortcomings surrounding water spots and food residue. The general consensus? Don’t waste your money on this product CR gives a dismal 33 rating.

Next: Dare we say anything bad about Target?

4. Target’s Up & Up Dishwashing Gel

It’s not a top performer. | Target

Also boasting a score of 33, Target’s Up & Up gel misses the mark. We sure do hate tarnishing Target’s beloved reputation, but this gel is yet another poor-performing detergent that’s considered a big waste of money. The test results prove it.

Next: A familiar brand making multiple appearances on this list

Cascade is on the list more than once. | Cascade

Seriously, just skip Cascade. This is the brand’s second appearance on this worst-of list, and it won’t be the last. The company’s red flags went up after seeing disappointing test results for cleanliness and power. The gel has an alarming score of 31. This makes Cascade gel one of the bottom three worst dishwasher detergents for your money.

Next: A low, low score

On the most basic level, consumers expect dishwasher detergent to, well, clean dishes. Unfortunately, Seventh Generation single-dose detergent from Target does that worst of all. The report slaps this product with a dismal score of 28 thanks to its lack of cleaning power. This means it’s not worth the money.

It’s got a terrible score. | Walmart

Cascade Complete gel with Dawn nabs the top spot for Consumer Report’s worst in class dishwasher detergent. With an overall score of 19 — yes, 19 — experts believe you’d be better off spending your money on literally any other product. To use CR’s words, Cascade gel “left plenty of food on dishes and mac and cheese on the pots. Food deposits and water spots were also problematic.”

Next: Ok, so what should you buy? CR ranked this dishwasher detergent the best bang for your buck.

Costco is not your best choice. | Costco

Cheap, effective, and plentiful. Yep, Costco’s Kirkland-branded products win among competitors yet again. Consumer reports gives these pacs an 85 and labels this dishwasher detergent a “Best Buy.” Not only does it come in a 115 ct. box, but “It’s tough on food messes, resists food deposits, and does an impressive job preventing water spots and white film, with little discoloration of our aluminum sheets”

It’s also worth noting that Member’s Mark Ultimate Clean Dishwasher Pacs from Sam’s Club aced most tests with an overall score of 83, but the report found it harder to thwart pesky food deposits.