Dividend Power: Annaly Since the Turn of the Century 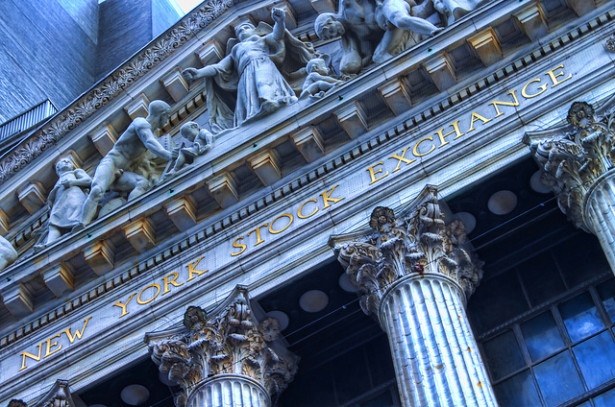 Is it worth sticking with Annaly Capital Management (NYSE:NLY)? We know that one of the most painful sectors to have been holding stocks over the last few quarters has been the mortgage real estate investment trusts (or, mREITs). In this article, I really want to talk to those who have made their purchases within the last two years. With the exception of those who initiated their positions within the last 4 weeks, you are likely deep in the red.

I argue that those who have bought at higher prices should consider taking advantage of lower prices to lower their cost average, while collecting the dividends going forward. As the share price has come down there has been a double whammy with the dividend cuts quarter after quarter. Many of my readers question if it is really is worth holding this thing. Truthfully, there are safer yields out there, even within the sector. Javelin Mortgage (NYSE:JMI) is a great place to look in my opinion if you are considering dumping Annaly and looking for a better position in the sector.

For those that want out, the telecoms pay well as do master limited partnerships. However, although the cycle of mREITs moves with interest rates timing buys and pyramiding down to lower cost base are imperative. At the same time the power of the dividend, particularly when reinvested, can deliver strong returns. It requires patience, strong will, and trust in the management. These three qualities are hard to come by in investors as emotions always run high when unrealized losses mount on paper. However, I will show you why the dividend is not something to sneeze at.

Dividends Paid Since the Turn of the Century

No one can argue with the fact that Annaly has been paying a strong dividend since the late 1990s. For those of you who have recently bought in the last two years take a look at the historical dividends since the turn of the century (see table 1). A near 15 year history should be a sufficient gauge to judge management. While there have been changes since the passing of Michael Farrell and Wellington Dellahan taking the reigns, the team is seasoned. While anything can happen in the future, a decade and a half is long enough for a lot of different interest rate scenarios and economic patterns to be baked in. If you plan to hold for years then this table should be refreshing. I advise monitoring the situation and understanding that we are in the midst of a changing interest rate environment for the next few quarters.

Annaly has had an amazing history of dividends with ups and downs over the years. The dividend at $0.30 is obviously at the lowest it has been since September 2007 when the dividend was $0.26. One of the things I like to do in my articles is walk through a ‘worst-case buying scenario.’ That said, what if someone got in at the highest possible price during December 1999? Well, the high in December 1999 was $8.83.

Let’s assume they purchased shares just this once, and never added to the position or reinvested any dividends. Thus, as of the current price of $10.30, this person would be up $1.47 or 16.6 percent. That is an “ok” return but over a 15 year period it’s a little light. However, the dividends paid (not counting the $0.30 to be paid this month) total $25.46. Assuming, again, that they only bought shares once in December of 1999 and didn’t reinvest any of the dividends, if someone rang the register today at $10.30, they would have gained 16.6 percent in capital and an additional 188 percent in dividends paid. In other words, the investor paid $8.83 and sold for of $26.93. A profit of $18.10 or 204 total percent. That’s more like it. A tripling of one’s money is a successful investment.

Technically speaking, the investor made their principal back from dividends alone in 2004. Therefore, since July of 2004, every single dividend paid has been ‘free money,’ a term meaning ‘it just adds to gains.’ The investor can’t lose, even if shares went to zero. If and when the shares rebound from their current $10.30 price, even more gains can be had. No doubt, the short-term pain is real. A lower share price from where you may have bought and being paid less to wait for a rebound is painful. But, if you sell now when the stock seems to be bottoming and the climate is more manageable for Annaly, you may miss out on the chance to recoup those losses. I think holding the stock is appropriate and you should collect the dividends waiting for a rebound.

There is no doubt that if you purchased in the last two years you are hurting, barring a purchase in the last few weeks. If you have the will to weather the storm, you will do well. It’s a good time to initiate a position as well. Those holding Annaly could cost average in at these depressed levels. As I have shown collecting the income and/or reinvesting the dividends over the long-term will likely deliver great returns.