Do Consumers Believe the Economy is Thawing Out? 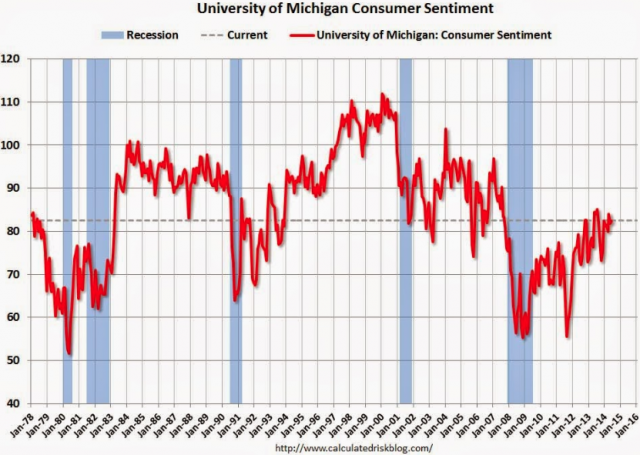 The results were better than expected. On average, economists expected the index to climb to 82 this month. The consumer gauge has only posted one other monthly gain this year, which occurred in April, when the index reached its highest level in nine months. In 2013, consumer sentiment ranged from a low of 73.2 in October to a high of 85.1 in July.

The latest reading on the economy was terrible, as gross domestic product contracted by nearly 3 percent. However, the contraction is not expected to last throughout the rest of the year. “Consumers believe the first quarter decline in economic activity was due to the harsh winter weather, and that the economy has already returned to positive economic growth,” survey director Richard Curtin said in a statement.

Current economic conditions, which measure whether Americans think it is a good time to make large investments, were better than expected and rose from 94.5 in May to 96.6 in June. Consumer expectations were also better then estimated but dipped to 73.5 from 73.7.