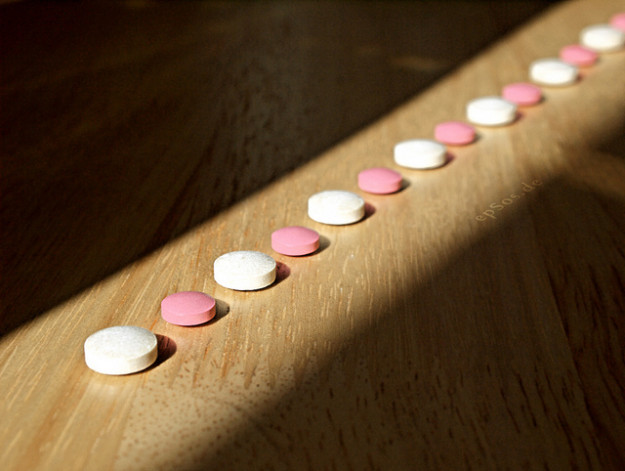 When releasing third-quarter earnings in October of last year, the Basel, Switzerland-based pharmaceutical manufacturer Novartis (NYSE:NVS) — which will report fourth-quarter and full-year results on January 29 — noted that the hit to earnings the release of the generic version of its one-time best-seller Diovan would come in 2014. Originally, the impact of the 2012 patent expiration of the blood pressure pill was expected to come last year, but the regulatory delay of a cheaper, copycat treatment gave Novartis a reprieve. Already, the company faces some generic competition, and while the falling sales of Diovan did not prevent Novartis from raising full-year sales and profit forecasts last quarter, they have prompted the company to close a manufacturing site in Suffern, New York, as Reuters reported Wednesday.

This closure is the second restructuring of operations that Novartis has announced in a two-day period. On Tuesday, the company said it would layoff approximately 500 workers at its flagship pharmaceutical division in Switzerland, noting that the company would also create about as many jobs as were eliminated — but in other capacities, like providing support for new drug launches. Once the downsizing has been completed, Novartis expects its local workforce will remain constant at 15,000 employees. Yet, by closing the Diovan manufacturing location in New York, Novartis will shed another 525 workers. The closure will begin in the second-quarter of this year and conclude sometime in the next two to three years, the company told the Wall Street Journal in an emailed statement.

“The site’s future volumes would be significantly below the minimum required to operate it cost effectively,” the company explained in the email. Patent expirations have hurt the entire industry, and Novartis has suffered along with its peers. Diovan, which lost exclusivity in 2012, generated $4.42 billion in sales that year. Now, sales are declining to such an extent that an entire manufacturing facility must be shut down. Others in the pharmaceutical business are shuttering facilities as well; after its labs failed to develop enough new drugs, Roche (RHHBY.PK) shuttered a research site in New Jersey last month.

However, the loss of patent protection is by no means the only problem plaguing Novartis. The pharmaceutical industry is under pressure from a variety of sources; profits are shrinking thanks to declining research and development productivity and intensifying pricing pressures, particularly in established markets were healthcare costs are increasing. Plus, the industry is facing greater competition from generic medicines as a number of successful drugs lose patent protection, and governments and insurance companies are placing more regulatory constraints on the pharmaceutical industry. Governments facing tighter budgets have reduced the amount of money allocated for spending on drugs for healthcare programs as well.

Essential to both those routes are divestitures that make the company more efficient. For example, Merck (NYSE:MRK) has begun reorganize its research and development operations; rather than rely on the its manufacturer’s legendary in-house research labs to develop the majority of drugs in its new-product pipeline, four “innovation hubs” will be set up near Boston, San Francisco, London, and Shanghai. After seven years without a blockbuster drug, the company needed to rethink its inward-looking approach to the research and development of new pharmaceuticals.

Of course, Merck is in a far worse position than other pharmaceutical companies. Compared to its rivals like Johnson & Johnson (NYSE:JNJ), Novartis, and GlaxoSmithKline (NYSE:GSK), Merck has made fewer acquisitions deals than its competitors and kept more drug research and development in-house. That strategy has left Merck with a weak new-product pipeline. But Novartis is also shedding assets to streamline its business, selling the bulk of its diagnostic business to Spanish health care company Grifols (NASDAQ:GRFS) for $1.68 billion.

Companies like Novartis, Pfizer (NYSE:PFE), and Merck have also experienced steep drops in the volume of prescription drug sales because of patent expirations. To combat this problem, these companies are replacing more common medicines with treatments for rarer diseases, which have higher price points.

Novartis’s highest selling drug was once Diovan, a treatment for high blood pressure, but now it is Gleevec, for a rare form of leukemia. Lyrica, a treatment for neuropathic pain, is now the top seller for Pfizer, whose biggest seller was the cholesterol-lowering Lipitor. Refocusing business is a common theme in the pharmaceutical industry.