Do Your Homework: Barnes & Noble Is Not A Dead Money Investment 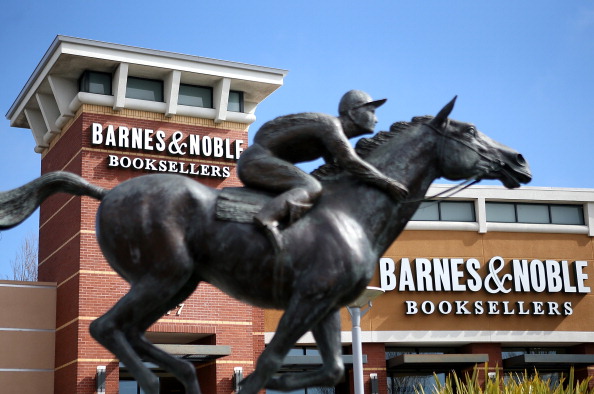 Barnes & Noble Inc. (NYSE:BKS) is a very well-known company. Today the stock caught my eye after reporting its quarterly and year-end results, which showed a miss on earnings but a nice beat on revenues. In short, in this article I will lay out why the company, and subsequently the stock, is not dead money. For those who are unfamiliar, Barnes & Noble operates as a content, commerce, and technology company. The company operates in three segments: College, Retail, and NOOK. It provides access to books, magazines, newspapers, and other content through its multi-channel distribution platform. The company sells trade books, including hardcover and paperback consumer titles; mass market paperbacks, such as mystery, romance, science fiction, and other fiction, children’s books, eBooks and other digital content. It also offers NOOK products comprising NOOK HD, NOOK HD+, NOOK Simple Touch, and NOOK Simple Touch with GlowLight eBook reader devices and related accessories. It sells bargain books, magazines, gifts, café products and services, educational toys and games, music and movies.

It also sells textbooks and course-related materials, emblematic apparel and gifts, school and dorm supplies, and convenience and café items in college and university campuses. In addition, the company provides textbook rental services and electronic textbooks and other course materials through NOOK Study. The stock has been volatile. Most investors discounted the company as unable to compete with book selling at Amazon and Walmart, as well as the bevy of other e-readers on the market. The stock, however, is up 45 percent year-to-date as the company has restructured and refocused its efforts. In short, it is not a dead money investment as evidenced by its recent performance.

We’re pleased with our improved financial performance in fiscal 2014, generating EBITDA of $251 million, the highest it has been in four years, while executing on our strategic initiatives during the year. Retail improved sales trends during the second half of the year, generating annual EBITDA of $354 million. College increased revenues from higher margin textbook rentals, continued to add new school contracts and developed and soft-launched Yuzu, our digital education platform, growing EBITDA to $115 million. At NOOK, we executed on our plan to sell through existing device inventory, implemented cost rationalization plans, began to pivot our strategy from device focused initiatives to a content centric approach with the signing of our partnership with Samsung, all while significantly reducing year-over-year losses.

Looking ahead, there were decreases in revenues across segments as the company has restructured. What really caught my eye is that the company’s EBITDA is a at a four-year high, years after Wall Street had written off this company. Looking ahead, for fiscal year 2015, the company expects both retail comparable bookstore sales and core comparable bookstore sales to decline in the low-single digits. College comparable store sales are also expected to decline in the low-single digits. However, the company expects to continue to decrease EBITDA losses in the NOOK segment, and the planned spinoff should generate a lot of buzz. After this report, the stock is moving higher. As much as it surprises me, I am amending my prior sell recommendation to a hold, as the company is improving in many areas. However, I would not buy the stock at these levels as the company still has improvements to make. That said, the stock is now far from a dead money investment.

Disclosure: Christopher F. Davis holds no positon in Barnes & Noble and has no plans to initiate a position in the next 72 hours. He has upgraded the stock from a sell to a hold and has a $21 price target.