Does ConocoPhillips’s Growth Potential Make it a Buy? 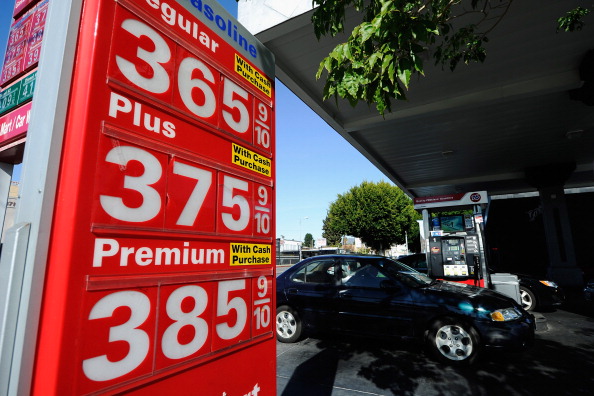 On Thursday, the third largest American oil company – ConocoPhillips (NYSE:COP) — released its first-quarter earnings figures. The company’s report was nothing short of outstanding.

ConocoPhillips is the leader, and yet it doesn’t trade at a lofty price to earnings multiple like several of the companies focused on this region. This is in part due to the fact that ConocoPhillips has several other operations, and admittedly there is little to no growth in many of these. Regardless of this fact, ConocoPhillips does have net production growth and earnings growth, as we have seen, and given that the company is focusing a lot of resources on the Bakken and Eagle Ford shale regions, it should be able to continue to grow its overall production while eliminating some of the political risk of operating in places such as the Middle East.

This growth — and this portfolio shift — makes ConocoPhillips a compelling investment opportunity. Despite this, the shares trade at a very modest valuation. The stock trades at just 11 times earnings, and while earnings are expected to decline in 2014, analysts have not been able to accurately predict ConocoPhillips’ earnings. In fact, for the first-quarter estimates averaged just $1.56/share, which turned out to be far too low.

Going forward, I suspect the shares trade at closer to 10-times earnings, which is extremely inexpensive considering that the S&P 500 trades at around twice that. Furthermore, the company has an excellent quarterly dividend of $0.69/share, or 3.7 percent, which is twice as high as the S&P 500. Considering the company’s earnings power, it is capable of raising this distribution. Furthermore, it is well-positioned to repurchase stock, and given its low valuation, I’m surprised we haven’t seen a buy-back recently considering that ConocoPhillips has repurchased shares in the past.

Going forward, investors should expect the company to continue to generate a lot of cash-flow relative to its valuation. Furthermore, we can expect to see continued production growth. Not only is the company growing production in the U.S. at its shale properties, but it has aggressive exploration programs in Europe, Asia, and especially in West Africa.

The company’s cash-flow and its growth potential make it a compelling investment opportunity at the current share price. However, considering that the shares have been going straight up since early February, it is probably wise to wait for a pullback. The stock trades at $75/share, and there is strong technical support at $72/share. But given the company’s strong Q1 earnings, and given the possibility that the company will start to buy back its own stock in the near-term, we may not see that price again.

Disclosure: Ben Kramer-Miller has no position in ConocoPhillips.