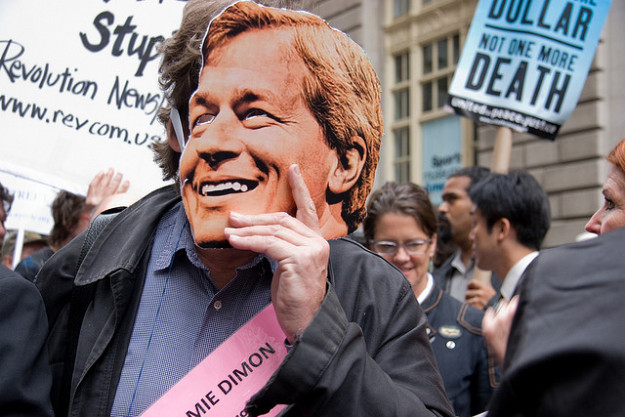 Jamie Dimon may be the most well-known executive on Wall Street. As Chair and CEO of JPMorgan Chase (NYSE:JPM), Dimon has earned himself a multifaceted reputation. To many in the financial industry, he is a brilliant risk manager who steered America’s largest bank by assets through the financial crisis with relatively minor damage, but to many on Main Street, he is one of the fat cats responsible for the crisis in the first place. Likewise, regulators appear to have mixed interpretations of how they should think about Dimon; either as an opponent to litigate against, or as simply another executive to settle with.

The differences in Dimon’s image (each seeded in reality) to different groups matters, and JPMorgan’s board of directors knows this. The board carries a mandate to do what’s good for the business, and the right executive image is good for business. Regulators must perceive Dimon as a peacemaker and a deal broker who is willing to work in good faith, make changes, and compromise.

To this end, Dimon as personally served as liaison with regulators such as U.S. Attorney General Eric Holder and Manhattan District Attorney Preet Bharara. Dimon’s personal meeting with Holder was perhaps the only thing that could have prevented a lawsuit, and at the end of the JPMorgan was able to reach a deal with regulators over its sale of bad mortgages.

This idea — that it was Dimon’s personal touch that ultimately saved the bank an even larger headache than it already faced — has not escaped the firm’s board, either. Perhaps not surprisingly, some members of the board feel that it is appropriate to reward Dimon for doing what he is famous for doing: chiefly, his job. The New York Times reports that on Thursday, JPMorgan’s board of directors voted to give Dimon a raise for 2013.

The decision didn’t come easily, though. Dimon’s pay was cut by half in 2012 in light of the London Whale fiasco, and with the crosshairs of regulators and an irate public squared firmly on the bank, it reportedly seemed inappropriate to some members of the board that Dimon should get a raise. At best, increasing his compensation sends mixed signals — at worst, it sends the wrong signals. The board is no doubt sensitive to the ongoing debate about executive-level compensation in the financial sector, but at the same time, they have an obligation to incentivize executives, such as Dimon, to bring their A-game. The details of the raise have not been made public yet.