What Effect Will Marijuana Have on the Health Care System? 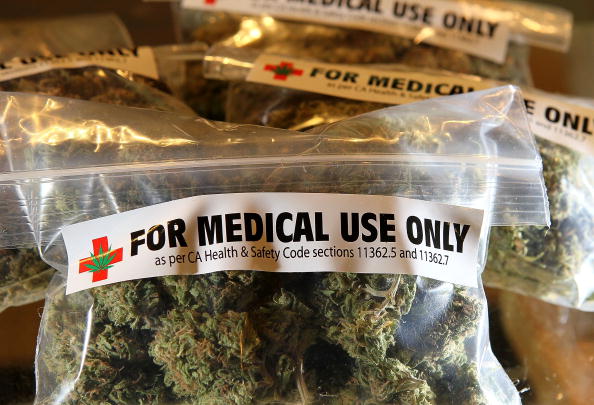 Two of the biggest items on America’s national radar right now are health care and marijuana. Naturally, attention is turning to where those two things overlap — what effect has marijuana legalization, medical or otherwise, had on health care? And what effect could it have in the future?

First things first — smoking is not a healthy habit. It doesn’t matter what you’re smoking, really. Breathing in particulates and polluting your lungs probably isn’t a good idea. Now, with that out of the way, could marijuana’s legalization and emergence from the black market and into your average, every day American’s life possibly have positive health effects? While it is true that marijuana may cause some people to become lackadaisical or to experience ‘couch-lock’, that behavior doesn’t have any detrimental effect. The only cost associated with that behavior is typically a loss in productivity, but even that is nothing compared to what people can do to themselves with other legal alternatives.

And that’s the first part of the health care equation. If marijuana becomes legalized nationwide, more people will probably use it, or at least be open and honest about it, in a more likely scenario. The truth is, if people like to use marijuana and want to, they probably already are, regardless of its legal standing. But where the magic truly happens is when people start using marijuana in lieu of alcohol, cigarettes, and other drugs.

The Centers for Disease Control and Prevention estimate that the economic costs of cigarette smoking for just three years — between 2009 and 2012 — tallied up to $289 billion. That number includes $133 billion for medical care as a direct result of smoking cigarettes, and also $156 billion in lost productivity. Data from 2006 even shows that there was a total loss of $5.6 billion from second-hand smoke alone. In addition to those startling numbers, 480,000 people die every year as a result of cigarette smoking. In fact, it’s the leading preventable cause of death in the U.S.

Another legal intoxicant, alcohol, also exacts a fairly high economic toll. Time Magazine reports that data available for the year 2006 shows that in that year alone, the U.S. lost $223.5 billion due to alcohol use alone, and that number is likely to have climbed higher by now. Three-quarters of those costs are due to lost productivity, 11% were due to health care costs, 9% were legal costs, and the remaining 8% were related to fetal alcohol syndrome and similar disorders.

“That amounts to almost $750 for every person in the country and about $1.90 per drink,” says CDC director Thomas Frieden. “Of that $1.90 per drink, about 80 cents per drink is borne by federal, state and local governments.”

Now imagine if at least a portion of those people decided to use marijuana, or an associated cannabis product instead of cigarettes or alcohol. There is no hangover, no chance overdose, and there is little if any evidence to support that marijuana causes chronic diseases like cigarette smoking does. There are billions, if not trillions of dollars to be saved.

Of course, that doesn’t mean that those other products are going to disappear, but marijuana is clearly a safer alternative, despite the myths that have persisted for generations. Naturally, as more studies are done and data becomes available, things could change. If you smoke marijuana for forty years, your lungs are not going to be in tip-top shape, guaranteed. But right now, it appears to be a safer alternative. And this isn’t even getting into prescription drugs, the abuse of which is quickly reaching epidemic levels.

Not only can marijuana be a viable alternative to cigarettes and alcohol, but the medical cannabis community has been claiming for years that cannabis has numerous disease-fighting properties. And with prescription drug prices climbing through the roof, it might be about time to listen to them.

There is mounting evidence to support the notion that cannabis can actually help fight cancer, as well as treat a myriad of other conditions like narcolepsy and eating disorders. Right now, pharmaceutical companies make insane profits from selling medications to treat many of these diseases and disorders, and the hefty price tags often put them out of reach for many patients. Now, the prices of these drugs are not always set to create extraordinary profits, in the defense of many companies. Development and research costs for medication can be astronomical, and these companies need to recoup the costs to stay in business.

But that doesn’t help people who need the medications, and who have to try and get them under a broken and ineffective health care system, like the one the U.S. employs. But if marijuana, which literally grows in ditches all across the world, can be synthesized and used to treat some of these ailments, imagine the money that can be saved. Again, billions, if not trillions of dollars.

While not directly related to health care, there are also going to be massive savings in other aspects of the economy when marijuana hits the big time as well. Incarceration and enforcement costs will plummet, as will legal costs. Sure, there are going to be some issues that will arise, but the fact is, local police departments and even giant agencies like the DEA will need to find a way to bring in more funding from the revenue they’ll end up losing with marijuana being off the black market.

The fact is marijuana has the potential to revolutionize a number of industries. It’s already bringing new jobs to the economy, and new technologies are being developed to make its consumption and use even safer. Of course, children and people who are not of legal age should avoid it — and parents should not use it around their kids. And no one should ever get behind the wheel if they’re under the influence of anything, ever.

But all things considered, marijuana could, and likely will, lower health care costs in many respects. Getting people to adopt it — and seeing its full integration into American culture — will be the interesting part.