Does the FDIC Make Banks Riskier? 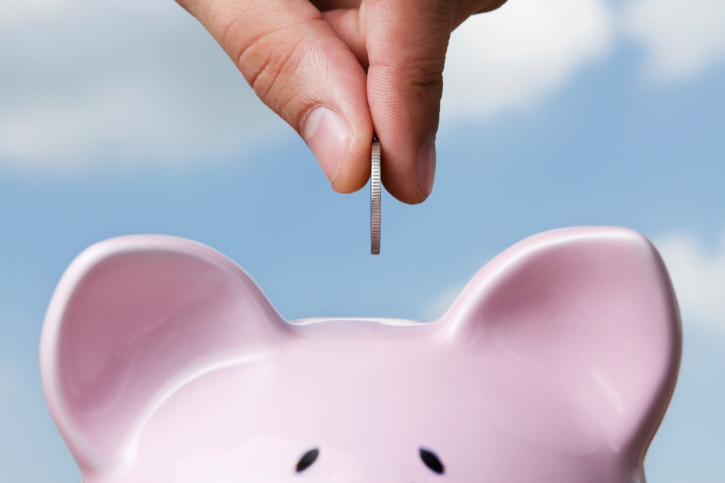 During the Great Depression many banks failed, and many depositors lost everything they had. As a result of the banking crisis, in the early 1930s, the government created a new institution in order to make banks safer. This institution is the Federal Deposit Insurance Corporation (FDIC).

The FDIC is charged with insuring bank deposits up to a certain amount. Banks have to register with the FDIC and pay insurance premiums, and if these banks fail, then those who have deposits with these banks are safe. What happens is that when a bank fails, either the FDIC tries to make a fire sale of the failing bank to a solvent one or the FDIC runs the bank itself while winding down its operations as depositors collect their money.

This sounds like a great system. After all, now you can put your money in the bank and feel safe.

Unfortunately, things are more complicated than this, and the fact of the matter is that the FDIC has made the banking system riskier and more vulnerable to a crisis than it was before the Great Depression. Here’s why.

Without FDIC insurance, you, as a depositor in a bank, are going to look very carefully at the kinds of activities your bank is engaged in. You want to make sure that the bank isn’t leveraging up its balance sheet too much and that it is making responsible loans. Of course, banks that operate the most prudent and conservative operations are going to earn the lowest rate of return on their investments.

After all, low-risk borrowers are able to borrow money at a lower rate than high-risk borrowers. As a result, these banks will have less money with which to pay depositors on their deposits. In this scenario, those investors and savers who are looking to earn a higher rate of return are going to find a bank that is more aggressive with its lending policies and with its leverage.

Such a decision-making process is completely warped when you introduce a mandatory centralized bank insurance system such as the FDIC. From the depositor’s standpoint, every bank is equally risky. After all, if the bank fails, the depositor is insured. So the depositor doesn’t care if his or her bank is reckless or prudent. The deciding factor, therefore, is the rate of return that a depositor can realize on his or her deposit. Therefore, the bank that pays the highest rate of return is inherently the best place for depositors to put their money.

Now, if we assume in both scenarios that banks are competing for the public’s deposits, then it follows that banks are going to gear their strategies thusly. In the first scenario, we will find that the risk banks are willing to take is a reflection of the public’s risk tolerance. If the public is especially prudent then banks will be prudent as well, because the selling point won’t be the rate of return but rather safety and preservation of capital.

If the public is more aggressive, then banks that take more risk will get more business. Of course, as banks get riskier we will start to see loan defaults, bank failures, and subsequent risk aversion on the part of depositors and, by extension, banks. In other words, when there is too much risk in the system, this will become apparent very quickly, and the market will work to rectify the situation.

However, in the second scenario, the banks that can pay the highest rate of return are going to attract the most deposits. Thus banks are going to attempt to outdo one another in order to offer higher returns, and the only way to do this is to increase balance sheet risk. If banks start to fail, then this will not impact the decisions of depositors. They will still be enticed to place their money with risky institutions. The natural system of checks and balances fails, and the risk in the system builds and builds until we see a massive panic like the one we had in 2008.

In this post-FDIC world, we have seen a lot of trouble in the banking system, but none like the panic of 1907 or the bank holiday in 1933. The reason for this is that whenever the banking system reaches a point such as the one that we saw in the early 1990s with the savings and loan crisis, the government bails out the failing institutions. In short, the risk is never allowed to exit the financial system — it is merely transferred over to the government’s balance sheet.

This reached an apotheosis in 2008, when the bank bailout level reached an unheard of $700 billion. The risk had reached a critical point, but rather than letting the risk exit the system, politicians and bankers shifted the risk onto the government’s balance sheet.

While everybody seems to be happy again, the risk is escalating. The government’s balance sheet is abysmal, especially if we include unfunded liabilities. Banks have started to make subprime loans again in order to maximize returns for shareholders and to start to increase interest payments to depositors.

While interest rates are incredibly low, we are starting to see an uptick in long-term CD rates, especially for jumbo CDs, which can yield over 2 percent, far more than five-year Treasury yields. Furthermore, investors can easily search the nation for the highest-yielding CDs by searching the Internet. Because the deposits are FDIC insured, the only data you get is the interest rate. You get no data regarding the risk that the financial institution is taking in order to achieve a given rate of return.

So once again, risk is building up in the banking system as investors seek out the highest yields and as banks increase risk in order to be able to offer the highest returns without sacrificing their profit margins. With FDIC protection depositors don’t care, and the inevitable outcome is another onslaught of banking failure and bailouts until the U.S. government itself needs a bailout.

Earlier, we wrote on a few common bank fees that you can avoid. Most people have enough trouble keeping the balance they want in their bank accounts and could do without the added worry of having to pay unforeseen bank fees. Banks fine customers for many different items, some of which customers don’t even know about or expect. Although many of the fees are small, they can add up quickly.

From our previous article, here’s a recap of five bank fees to look out for:

Depending on what type of account you have, you may be paying monthly maintenance fees. The fees are usually minimal, but even if you pay $10 per month in maintenance fees, that’s $120 per year. Most banks will have easy-to-meet requirements to avoid this fee, such as a minimum balance or by signing up for a certain amount of accounts (or specific types).

If you notice fees on your monthly statements that are labeled as maintenance fees or other fees you can’t explain, you might be paying a fee that you don’t need to pay. Contact your bank to determine how to have your fee waived. According to Time magazine, just complaining to your bank might be enough to get your fee waved; 10 percent of those surveyed were able to get an annual maintenance fee waived.

If you lose your debit card or credit card, you might have to deal with more than just identity thieves: Banks will often charge a fee for replacing a debit card. In the state of New York, PNC Bank charges $7.50, Bank of America and Chase charge $5 for lost cards, and Bank of America charges $20 if you need your new card rushed to you (U.S. Bank charges $25 for this same service).

A Credit.com survey found that 44 percent of 1,000 respondents were able to have a checking account, credit card, or other financial fee waived after complaining about it, so your best bet is to talk to your bank. If this is the first time you lost your card, most bank staff will be understanding.

The easiest way to avoid this fee is to keep your account open as long as necessary to avoid the fee. Many people decide they dislike their banks or think they need to close their bank accounts if they move. If your account has a low minimum balance requirement, you can take the majority of your money out and leave the minimum in. Just like you would want to avoid fees that cell phone companies charge if you close your account early, the same is true of bank fees for closing your account too soon.

If you must close your account, try to do it in person and speak to the highest-level employee you can. You might be able to talk your way out of the fee. Many banks charge around $25, which might be worth it to you if you are really tired of your bank, but other banks charge more. With six of the 10 largest retail banks in America charging a fee for closing an account early, there’s a good chance you will face one.

Unlike many of the fees on this list, overdraft fees, as well as minimum balance fees, are really up to you. You need to be careful about your spending and pay attention to your balance. One easy way to do this is to sign up for an online bank account. With an online account, you can easily monitor your spending and your balance. And although automatic withdrawals might help you pay your bills on time, be careful not to schedule too many withdrawals too close together.

A 2008 FDIC overdraft study found that the median fee for automated overdraft usage was $27, and 24.6 percent of the surveyed banks also assessed fees on accounts that remained in negative balance status. Fees are still high at many banks, with overdraft fees on accounts costing customers $225 in fees per year as of 2013.

Many banks charge fees on purchases with a foreign bank. The transaction fee is usually a percentage of the purchase itself, but not always. The fee can also be called a foreign exchange fee. Not all banks charge this fee, but many do, and if you make an expensive purchase, the charge can be costly. Before you travel abroad — or even if you are staying in the U.S. but need to do business with a foreign bank — check up on foreign transaction fees. You can also research cards with no foreign transaction fees like ones offered by Capital One, Chase, and Citi, and many more through Visa and Mastercard.

Bank fees can also pop up in many other ways, including ATM fees, or through unsolicited (by you) credit report monitoring, so be sure to check your individual bank to find out as much as possible.