Does the Labor Market Recovery Need a Band-Aid? 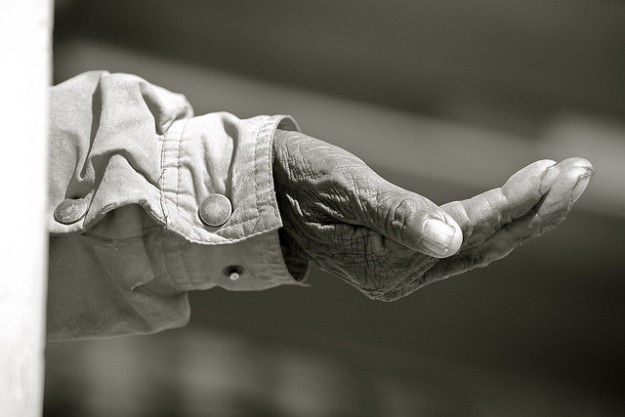 Weekly layoffs have declined steadily since the recession. But much evidence has been served up in recent economic reports suggesting that while the labor market is gradually improving, hiring has not rebounded at a strong enough pace to bring the unemployment rate — which stands at 7.4 percent — down anywhere near the Federal Reserve’s target of 6 percent.

The United States Department of Labor reported Thursday that the number of initial claims for unemployment benefits rose slightly higher than the previous week’s figure, which was near a five year-low. While still an increase, the number of jobless claims remains indicative of a gradually improving labor market.

These applications, which serve as a proxy for layoffs, have decreased by more than 12 percent so far this year, meaning that the U.S. economy added an average of 202,000 jobs per month since January. That is the best stretch of job creation since 2005.

In the week ended August 3, initial jobless claims jumped 5,000 to a seasonally adjusted 333,000. That claims have remained on a steady downward trajectory indicates that businesses are at least confident enough in the economy to retain their workforces, which in turn provides a boost in consumer confidence because workers feel their jobs are safe.

Employers have generally been relying on small workforces to keep costs down, and an expansion of payrolls would encourage household spending, the largest part of the United States’s gross domestic product.

While jobless claims provide the first look at the employment situation for any given month, the weekly figures can be volatile, so economists use the four-week moving average to understand wider trends. Last week, that figure also declined, plummeting 6,250 to 335,500. 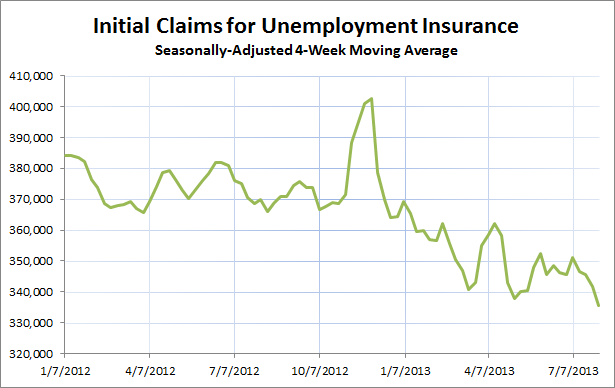