Dominion Diamond Stock Sparkles While Flying Under the Radar 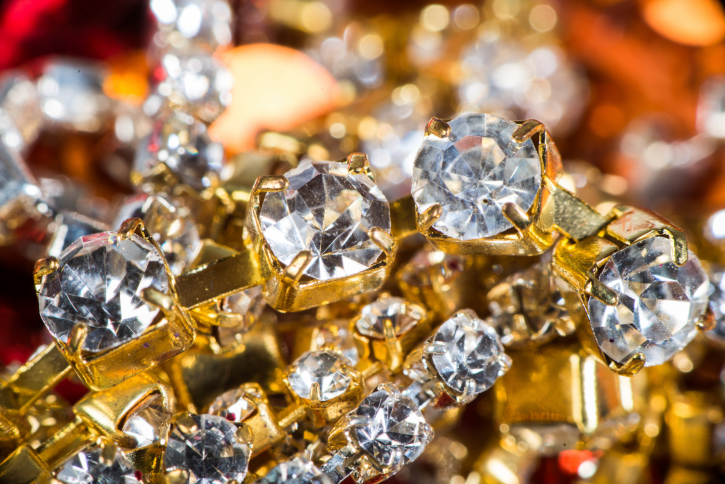 Dominion Diamond Corp. (NYSE:DDC) focuses on the mining and marketing of rough diamonds worldwide. The company operates through Diavik Diamond Mine, Ekati Diamond Mine, and Corporate segments. It holds 80 percent ownership interest in the Ekati group of mineral claims and a 40 percent ownership interest in the Diavik group of mineral claims, both located at Lac de Gras in Canada’s Northwest Territories.

The stock has been somewhat stuck for the last 18 months, down a few percentage points. This is interesting, because the stock is really cheap — it trades at only 2.5 times earnings. This is uncommon outside of stocks that are real estate investment trusts. Given that the average volume is only 250,000 shares traded per day, this one is flying under the radar. To decide if the stock is a buy, though, an analysis of the company’s recent milestones and performance is warranted.

During the first quarter, both the Ekati Diamond Mine and the Diavik Diamond Mine performed well. Production at both mines was substantially ahead of expectations. An improved plan has been developed for mining the Jay kimberlite, the largest diamondiferous resource in North America. A total of $163 million of capital expenditure remains to be spent on the Misery pushback before bringing the Misery Main Pipe, which at 4 carats per ton is one of the richest ore bodies in the world, into full production at the beginning of calendar 2016.

The company has received the amended Ekati Water License to now incorporate the Lynx development. A decision on the development of the A-21 pipe at the Diavik Diamond Mine is expected later this year.

Turning to financials, the company saw sales of $175.5 million versus $108.8 million last quarter. Gross margin narrowed a touch due to rising costs to 21.6 percent down from 25.1 percent last year. Operating profit was $30.7 million, much higher than the $10.5 million last year. Overall, earnings per share were up 425 percent year over year, from 4 cents last year to 17 cents this past quarter. That is impressive growth. Technically speaking, last year’s quarterly earnings were $5.96 per share but included the sale of Harry Winston Inc. (the Luxury Brand Segment) to Swatch Group, which accounted for $5.92.

Excluded from the sales recorded in the first quarter 2015 were estimated sales of $6.9 million of rough diamonds recovered from the satellite material at the Misery South and Southwest kimberlite pipes, as this material was excavated during the pre-stripping operations for the Misery Main Pipe. The company estimates that consolidated gross margin and EBITDA margin would have been approximately 23 percent and 40.4 percent, respectively, if the carats sold from material excavated from the Misery South & Southwest kimberlite pipes were recognized as revenue.

Two rough diamond sales were completed by the company during the first quarter. The third rough diamond sale of fiscal 2015, which commenced in the last week of April and only finished in the first week in May, will be included as one of the three sales in the second quarter of fiscal 2015. As of April 30, the company held rough diamond inventory with a market value of approximately $285 million and total cash and cash equivalents of $328 million ($212.5 million of cash and $115.6 million of restricted cash).

CEO Robert Gannicott said in a press release: “A year on from our purchase of the Ekati operation, we continue to improve ore production and recoveries as we develop new ore sources. The receipt of full operating permits for the Lynx open pit development in less than a year from application speaks better than words about the determination of a newly empowered Government of the Northwest Territories to effectively manage through this transition and to support well planned resource development.

“The rough diamond market maintained the momentum experienced at the beginning of the calendar year. Rough diamond prices then held steady as the normally slow period during late April and early May had little effect on market sentiment. The diamond market has also overcome earlier concerns about liquidity in the Indian diamond manufacturing industry and it has become increasingly evident that tighter credit will lead to more sustainable growth in both market demand and diamond pricing.”

Looking ahead, while the company has reinvented itself, it’s still very cheap. The company is a fine diamond with stock that is trading as if it were a lump of coal. As the company gets new mines on board, I expect earnings to increase substantially, and with it, the share price.

Disclosure: Christopher F. Davis holds no position in Dominion Diamond Corp. but may initiate a long position in the next 72 hours. He has a buy rating on the stock and a $34 price target.