DraftKings and FanDuel: Are They Even Worth Your Time and Money? 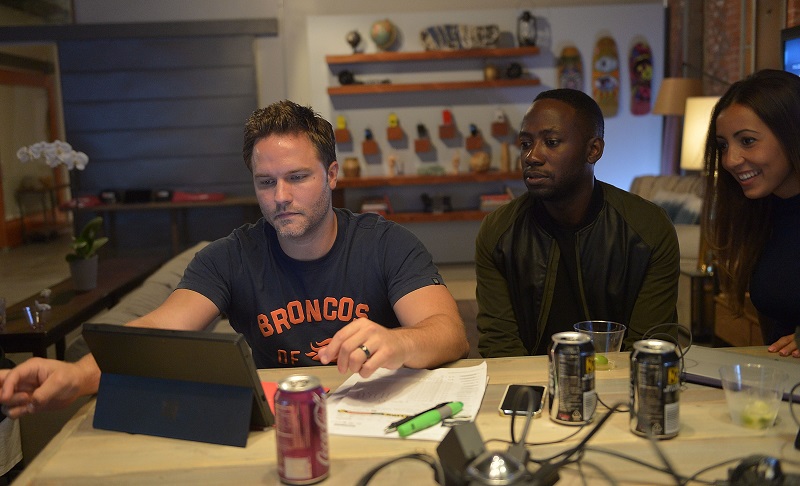 Fantasy football is everywhere. You can’t go to work, get on a bus, or turn on the TV or radio without hearing some sort of fantasy football-derived discussion. And because the one-time obscure hobby is now relatively mainstream, that’s not likely to change any time soon. In fact, fantasy sports has become so popular that we’re starting to see big money — and big business — throw some serious weight behind the concept.

If you’ve watched any football at all this year, you’ve undoubtedly been hit with the advertising salvo from one of the big fantasy sports platforms. Two of the biggest, most prominent, and most well-funded are DraftKings and FanDuel, which specialize in short-term fantasy leagues. While a traditional fantasy sports league may play out over an entire season, these short-term leagues play out, sometimes, during a single weekend.

For prospective players, that means that there’s an opportunity to make some serious money, and in a very short amount of time.

That opportunity is what companies like DraftKings and FanDuel are selling. Both of these companies, which have become fat with funding from a number of big investors over the past few years, are vying for your dollars by selling you the chance to hit it big in fantasy football. If you’re a sports fan, it seems like a slam dunk — you get to follow the games and sports you love with just as much vigor, but also, have a little skin in the game.

The question is, why are these companies exploding onto the scene now? There’s even some serious questions as to the legality of these games, as participating does, in some ways, pretty much add up to gambling. Also, people are putting up real funds — meaning you could also walk away with some winnings, or lose it all.

With that in mind, should you even dabble in these fantasy sports leagues, put on by companies like DraftKings or FanDuel?

First of all, you need a quick primer on how these companies came about. Forbes recently ran an article that details a short, but rich history. To give you the short and sweet of said article, the fantasy sports business really got its start in 2009. Since then, investors have seeded companies like FanDuel, DraftKings, and others with hundreds of millions of dollars. With that money, these companies were able to gobble each other up and consolidate into the two major players we’re seeing today.

With the popularity of fantasy sports growing, along with the ubiquity of social media platforms like Facebook and Twitter, they are primed to hit it big behind some big media campaigns, and a brand new NFL football season.

The big question for you is whether you should bother ponying up the cash to play on these platforms. With promised payouts totaling more than $2 billion, who wouldn’t be excited to give it a fair shake?

First, just be aware that your boss is going to hate you for getting into fantasy sports, and bringing any coworkers with you. Your productivity will suffer. In fact, the entire economy is set to suffer a $14 billion shortfall due to lost productivity. It will eat up your time, and may impact your workday.

In terms of actual dollars and cents, it looks like the vast majority of players are not going to come away as winners by using these platforms. A Bloomberg article recently dug fairly deep into this, and its analysis concluded the vast majority of players will lose money — even the ‘high rollers’ who are putting some serious funds on the line. That only makes sense, as these are businesses, after all. Like casinos, they can’t just go handing out money — there has to be a lot of losers to produce a few winners.

These services can also be dangerous in the sense that they can trigger gambling addictions. So, if you’re someone who’s struggled with addiction, you might want to steer clear.

Even so, you still can win money, and the sites haven’t been declared illegal under federal law — yet. But what you need to ask yourself is whether you’re confident enough in your fantasy ‘skills’ to risk your paycheck. If that Bloomberg article’s title rings true — You Aren’t Good Enough to Win Money Playing Daily Fantasy Football — then perhaps you’re better off sticking to the office pool.