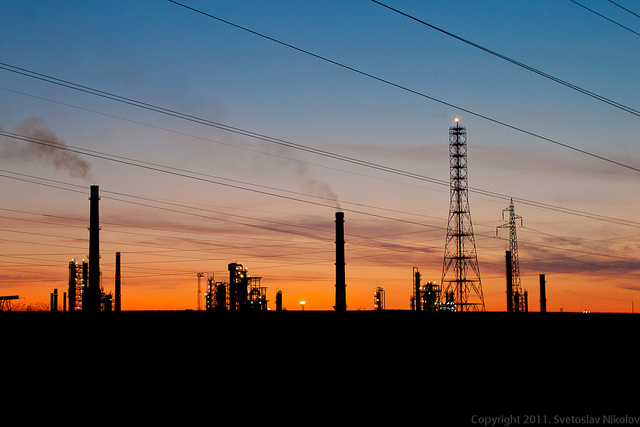 Working gas in storage declined again, and U.S. crude oil refineries continue to hold above average inventories according to two separate reports issued by the Energy Information Administration (or, EIA) Friday. For the week ending Friday, December 27, 2013, working gas in storage continued to be down from levels recorded one year ago, according to the EIA’s Weekly Natural Gas Storage Report.

At the time of the report, there was 2,974 billion cubic feet (or, Bcf) of working gas in storage, a decline of 97 Bcf from the previous week and a 17.1 percent decline from 2012. The percent difference between one year ago, and today works out to be 562 Bcf less in storage. Stocks are also 289 Bcf below the 5-year average of 3,263 Bcf. However, the total figure of 2,974 Bcf remains within the 5-year historical range. The East withdrew the most natural gas, 67 Bcf.

On Thursday, the EIA reissued a report from June, stating that there are ample amounts of shale oil, and shale gas in the world today. The formations in the U.S., and the rest of the world account for 32 percent of recoverable natural gas, and 10 percent of recoverable crude oil. According to the report, Russia has the most recoverable shale oil resources (75 billion barrels) and China leads the way in shale gas resources (1,115 trillion cubic feet).

The Weekly Petroleum Status Report, which had been delayed due to the closure of offices for New Year’s Day, was released Friday as well. EIA data says that between December 21, and December 27, refinery inputs increased 14 thousand barrels per day over the previous week’s averages. In total, U.S. refineries averaged 16.2 million barrels per day over the course of the week.

Overall, 19.8 million barrels of petroleum products were supplied, per day throughout the week. Motor gasoline, and distillate fuel products supplied both had year-over-year increases, 3.5 percent, and 1.7 percent, respectively. Jet fuel product supplied over the past four weeks experienced a 5.3 percent gain over last year.