Energy Companies Are Getting Their Fracking Asses Kicked 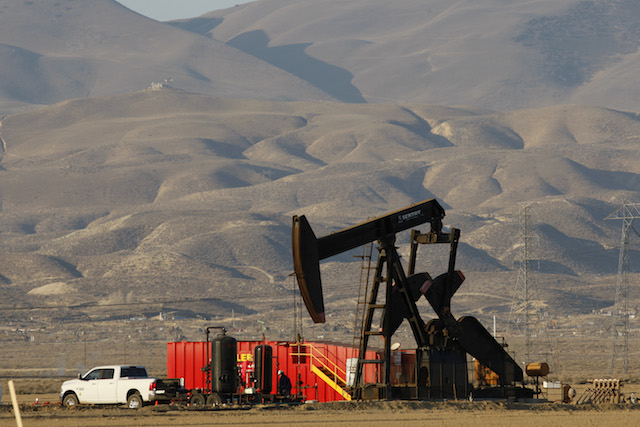 Americans are reaping the benefits of cheaper energy as of late, mostly in the form of inexpensive gasoline for their vehicles. While for most of us saving a fistful of cash on gas has helped alleviate the pressure on household budgets, crashing oil prices have led to some troubling developments for the domestic energy industry.

As prices for crude oil continue to slide, energy companies operating in areas like North Dakota and Texas have had to make some drastic moves in order to preserve their profit margins, including laying off large numbers of workers. The average price for gasoline in the U.S. continues to inch closer toward $2 per gallon, and natural gas prices have dropped from more than $12 per BTU in June 2008 to roughly a quarter of that price today.

As a result of these price drops, and in an effort to keep businesses afloat, analysts are expecting to see a tsunami of restructuring, which include acquisitions and continued layoffs of workers. According to CNBC, Deutsche Bank analysts said in December that U.S. shale producers “could be entering a zone of deep distress” as oil fell below $60 per barrel. Today it’s closer to $45, and could drop to $40 per barrel.

“If prices were to stay sustainably below these levels for a few months/quarters, chances of a broad sector restructuring increase materially,” Deutsche Bank analysts said, per CNBC.

To add to the pain, OPEC has opted to not cut back on production and instead continue to flood the market with additional supply. That decision was apparently part of the cartel’s strategy to “crush U.S. shale frackers,” as the U.K.’s The Telegraph reports. OPEC is already pushing out around 9.8 million barrels of oil per day to the market and is apparently willing to increase production to 12.5 million per day to put even more pressure on American producers.

“Supply and demand and the rules of economics will govern,” said Khalid al-Falih, chief executive of Saudi Aramco, Saudi Arabia’s state-run oil company, during a recent conference. “It will take time for the current glut to be removed.”

While these energy companies are suffering as a result of cheap commodity prices, there are some who feel that Americans are finally seeing the results of an investment made by taxpayers. By placing drilling exploration and technology development on taxpayers’ tabs with the promises of cheaper energy and jobs, many of the energy companies that have become rich as a result of the shale oil and gas boom have ordinary Americans to thank.

“This whole renaissance in natural gas is due to research done by the Department of Energy paid for by the United States taxpayers,” said Sen. Al Franken (D-Minn.) during a recent Energy and Natural Resources Committee hearing.

“We’re hearing senators talk about discoveries of reserves of natural gas in their states as if this is just a discovery that happened out of nowhere,” Franken continued, per a Huffington Post report. “This is because of the taxpayers doing investments in research into three-dimensional microseismic imaging, done in Sandia National Labs.”

This may represent the sentiment of a good deal of Americans, who may not be very sympathetic to an ailing energy industry. There is already plenty of resentment toward companies that use hydraulic fracturing to extract natural gas, with one state, New York, having banned the process outright. As Franken noted, taxpayers may be feeling that the inexpensive gas prices we have been experiencing lately are actually owed to them in a sense. They therefore may not be willing to extend a hand in additional taxpayer support to keeping these companies operating.

Naturally, that will lead to some economic troubles as more people lose their jobs due to production cutbacks. FuelFix says that Royal Dutch Shell, ConocoPhillips, and Occidental Petroluem — three major players in the industry — are planning spending cuts of more than $20 billion in the next few years, which will undoubtedly include personnel.

But that’s also part of the business, and prices will bounce back up eventually. The question is whether the many smaller energy companies operating in the U.S. can survive until then. Right now, the prospects don’t look good for many of them.