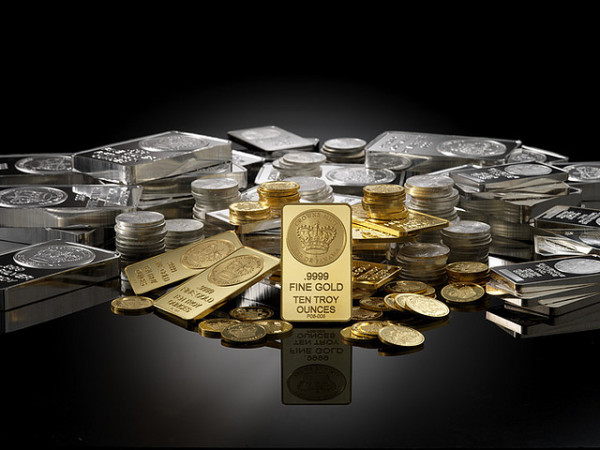 On Thursday, gold (NYSEARCA:GLD) futures for December — the most active contract — fell $9.30 to close at $1,308.50 per ounce, while silver (NYSEARCA:SLV) futures edged 11 cents lower to finish at $21.66. Major exchange-traded funds, like the SPDR Gold Trust and iShares Silver Trust, also closed in negative territory.

Both precious metals declined as the European Central Bank unexpectedly cut its main interest rate to a record low in an attempt to stimulate the eurozone and inflation. Policymakers at the ECB decided to lower the interest rate at which it lends to banks from 0.5 percent to 0.25 percent.

The move came as a surprise to economists and sent the U.S. Dollar Index, which compares the greenback in a basket against six other flat currencies, to as high as 81.46. Meanwhile, the euro fell to as low as $1.329; before the interest rate announcement, the euro traded at $1.351.

“Our monetary policy stance will remain accommodative for as long as necessary,” said ECB President Mario Draghi. “The Governing Council expects key ECB interest rates to remain at present or lower levels for an extended period of time. This expectation continues to be based on an overall subdued outlook for inflation extending into the medium term, given the broad-based weakness of the economy and subdued monetary dynamics.”

Don’t Miss: Is the Next Housing Bubble Already Here?