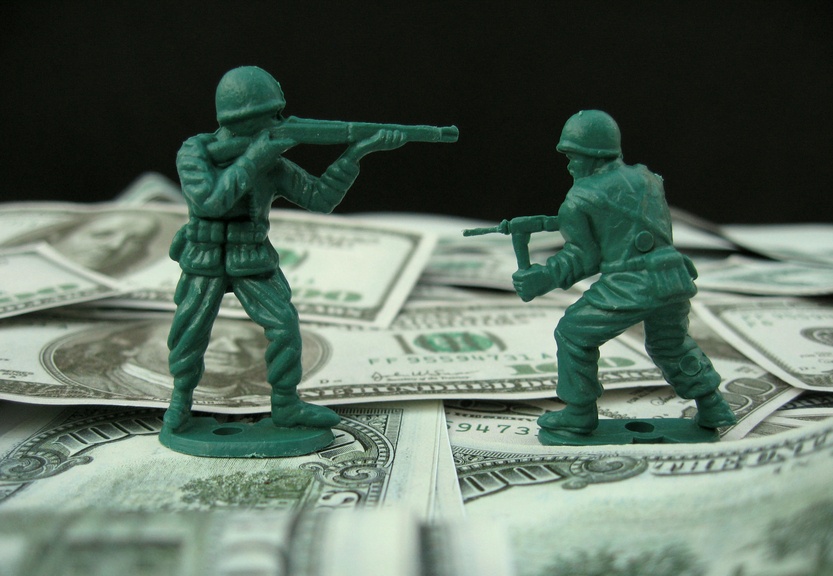 My father died last year. He did it all in his life, and he did it his way. He dived the Caribbean, toured the Everglades, sky dived over the Mojave desert, and even celebrated Alaska’s statehood. But the one thing he didn’t do was have an expensive funeral.

Funerals are a bit ironic when you think about. They’re more for the living than the dead. A funeral is an opportunity for friends and family to say what they probably should have said sooner. This extends far beyond the eulogy. For example, someone might be inclined to buy a mahogany casket to say how much they really loved someone — similar to how an overpriced, costly engagement ring supposedly represents more commitment or love.

Dying is big business. The average funeral in America costs around $7,000-$10,000, according to Parting, an informational funeral website. Many variables affect the total bill, but expenses can typically be broken down into three main components. First, you have the funeral home, which picks up the body and provides a funeral director to handle the arrangements. This component is the most expensive at approximately $6,000, as it includes high-ticket items like the casket, the funeral director’s service fee, embalming and preparation, and funeral ceremony costs. The second main component is the cemetery, where a grave spot and digging fee can run you $1,000 each. The final component is the headstone or grave marker, which can easily cost over $1,000.

Before you know it, you’re signing tear-stained papers from the funeral director agreeing to pay $10,000 within 30 days or face double-digit interest rates until you pay in full. It’s not personal; it’s just business. An estimated 2.4 million funerals occur annually in the United States. You’re just a number in the system. The good news: A funeral can cost significantly less. All you need is a little planning, and remember to keep your emotions in check. After all, Americans already have too much debt.

“What about the casket?” That’s what I said to the funeral director after he loaded my father into the hearse. “We’ll go over that later,” he said. I realized I had failed to fully explain our unique situation. I added, “I mean, he already has a casket in the storage shed. He bought it years ago online.” The funeral director smiled and said, “That’s just like him, always has to have the last laugh.” He knew my father from church, a place that was never safe from my father’s witty humor. 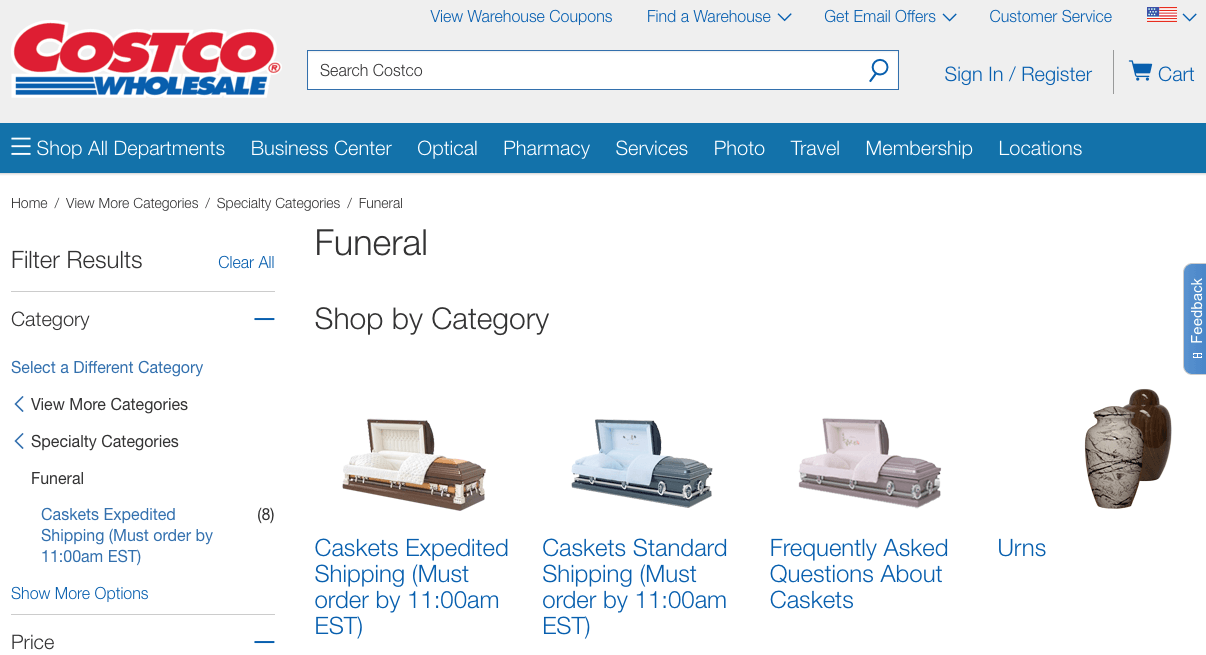 I’m lucky. My father wasn’t afraid to face his mortality. He bought a casket online for roughly $600, well before he truly needed it. The average casket sells for over $2,000, while a mahogany, bronze, or copper casket can sell for $10,000. Anybody with enough storage space can shop for their own with a quick Google search. Costco even sells caskets these days. Furthermore, funeral directors can’t refuse your casket or urn, or charge you a fee for buying one on your own, according to the Federal Trade Commission (FTC).

Pros of planning a funeral ahead of time:

The casket is only one expense in a long list of items for a funeral, but planning ahead on every item as much as possible allows family members to avoid emotional road blocks. A recent study in the journal Judgment and Decision Making finds people choose higher price, higher quality items over equally appealing lower price, lower quality items, when it comes to weddings and funerals (insert your favorite weddings vs. funerals joke here). Even experienced consumers abandon cost-benefit reasoning and are less likely to negotiate when buying items symbolizing love. The study explains:

Loved ones want to demonstrate their commitment and avoid painful trade-offs when purchasing symbolic items. It is unclear whether the price-insensitivity we captured experimentally — and its real world analog — would survive long if people were fully aware of the psychological processes that underlie their behavior. Loved ones might change their behaviors if they realized third-party providers were pricing symbolic items exploitatively (e.g., funeral homes; Mitford, 1998). Third-party providers, in turn, might alter their pricing strategies if they realized loved ones were aware of their tactics.

In other words, love is a real pain in the ass for the pocketbook if you’re not paying attention. Stop doing foolish things with your money! 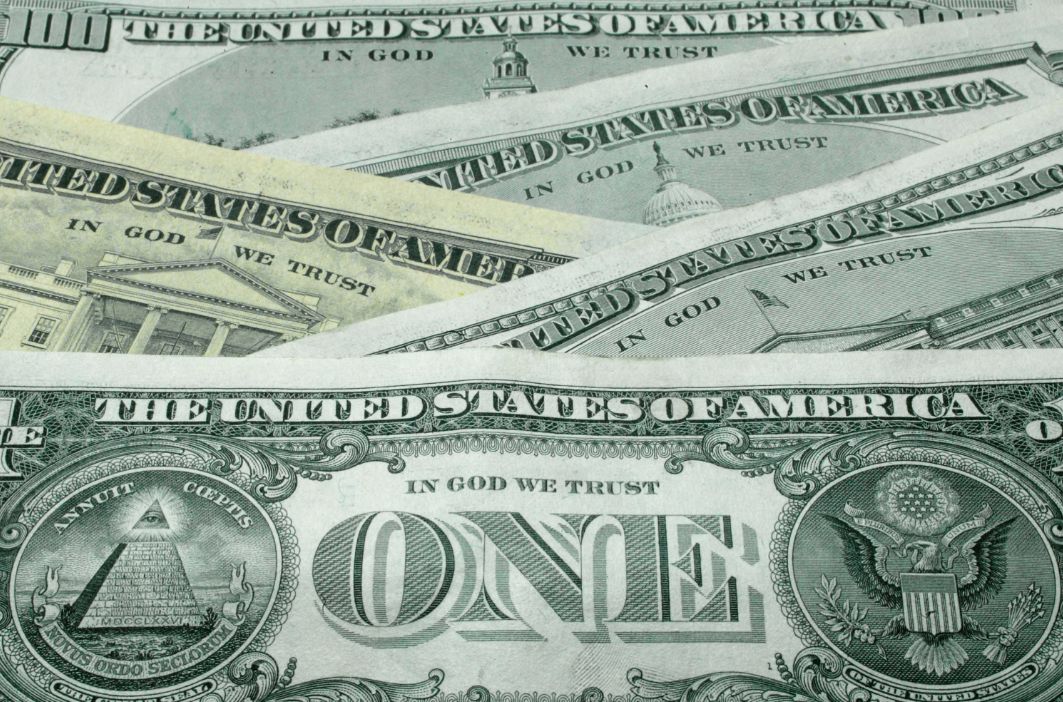 Skipping the emotional fluff that comes with funerals was easy for my father. He always thought it was silly to spend a bunch of money for a deceased person’s going away party. “Just put me in the ground as soon as possible,” he would say. No viewing. No memorial service. No ceremony. He made it clear that it was also unnecessary to buy flowers, keepsakes, or “any of that other crap.” Here’s what his funeral bill looked like:

As you can see, when you skip the usual pomp and circumstance, you can avoid many costly items. My father’s $2,847 bill was also helped by the fact he was eligible for the veterans cemetery, which provided the grave spot, burial container, and headstone. Remember, it pays to check with your employer to see if you qualify for death-related benefits, and don’t be afraid to shop around for funeral services. Prices do vary.

If you find yourself shopping for a casket from the funeral director, ask for a list of caskets he sells, with descriptions and prices, before looking at the displays. The best-priced caskets may not be on display, but funeral directors are required by law to show you the list of all available caskets. Embalming is also more optional than you probably think, as no state law requires routine embalming for every death. Some states require embalming or refrigeration if the body is not buried or cremated within a certain time; some states don’t require it at all. In most cases, refrigeration is an acceptable alternative.

My father would say, “If you have a problem money can’t solve, you have a big problem.” Unfortunately, overspending on a funeral won’t solve the pain of losing a loved one.