Black Friday is one of those days that has grown into its own monster, seemingly all by itself. Something that some people may want to call a “Hallmark holiday,” or a very clever marketing gimmick, was also used to help recover a broken economy.

Yes, Black Friday is a day you either love or hate. Some people stay in, while others get up at the crack of dawn or stay out all night for it. But how big is Black Friday for the economy, where did it come from, and why do we call it that? Follow us through the sordid history of what we all know as Black Friday.

1. It’s the single biggest shopping day of the year

Every year, the retail market gets a huge boost in sales. In 2017, it is estimated that retail stores will generate close to $682 billion in revenue between Black Friday and Christmas. That’s a number that has grown by an average of 2.5% every year for the past 15 years. The majority of that will come on Black Friday weekend.

Next: Black Friday creates a lot of jobs, too.

It’s the easiest time of the year to get a part-time job. | Paul J. Richards/AFP/Getty Images

Employment skyrockets as well. In 2013, the record was set at 764,750 jobs created for the holiday season! This year is expected to be somewhere around 500,000 jobs for the season. Still not that bad when you consider that only about a quarter million were created after the financial collapse in 2008.

Next: How the heck did this become so big?

Every year, your family may gather around the television and enjoy watching the Macy’s Thanksgiving Day Parade without realizing that’s where it all began. Back in 1924, Macy’s began marketing their post-Thanksgiving day sales. At the time it was something that was largely just for their store in New York. But the idea soon caught on by other retailers. However, the name “Black Friday” wouldn’t come until decades later.

Next: If it wasn’t originally called “Black Friday,” then why do we call it that now?

4. There are two explanations for the name ‘Black Friday’ 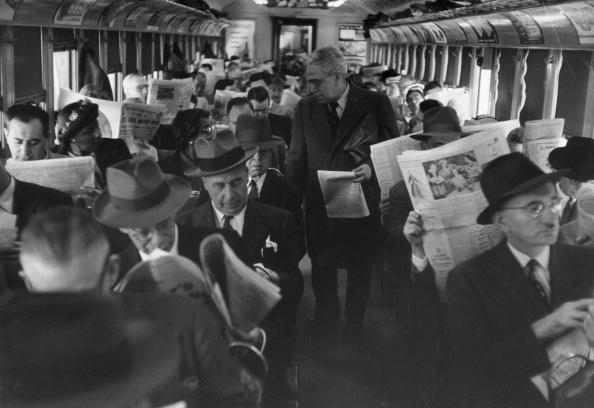 The first explanation is believed to have come out of Philadelphia in the 1950’s. Some police called it that because of the increased traffic from shoppers and people attending football games. Newspapers caught onto the lingo and started referring to the day as such because of the large crowds at shopping centers.

Next: The other explanation is a little more on the nose.

The second reason it could be referred to as Black Friday is the massive amount of revenue that is generated on that day. Starting in the 1970s and 1980s, stores would do so well that they would go from being “in the red” to being “in the black,” which is a reference to the merchandiser’s books finally hitting positive numbers. Thus, stock traders started calling it Black Friday and the name stuck.

Next: The gimmick of Black Friday was so strong it was used to help the Great Depression.

6. FDR wanted to capitalize on the holiday season

FDR Just wanted to change it up a bit. | Central Press/Getty Images

Towards the end of the Great Depression, FDR moved Thanksgiving from the last weekend in November to the fourth weekend. The thought was that if the holiday season was longer, businesses could generate more revenue. If there’s more revenue generated, then the economy could recover faster. People were not pleased by the move and started referring to the new date as “Franksgiving.”

Next: Will it last?

7. Is Black Friday finally going out of style?

Online shopping is getting bigger. | iStock.com/Popartic

The rush and bustle of the crowds around Black Friday were always a necessity for the times. Before, people couldn’t go online and find insane deals. They would have to go to the store to cash in on the huge savings. But it seems like people are opting for the digital approach to the shopping weekend. In 2012, around 150 million people went to the store to do their holiday shopping on the Black Friday weekend. That number dropped by a third to about 100 million in 2015, but the revenue still increased, which suggests that more people are shopping online.