Everything You Need to Know About the Hottest Corvette Ever

Here’s an obvious statement if there ever was one: Modern Corvettes are incredibly powerful. Even the “base” Stingray packs a whopping 455 horsepower nowadays. That’s enough power to mop the floor with just about any ‘Vette built before 2000.

Since 2014, the C7 Corvette has returned America’s Sports Car to the upper echelon of the world’s finest performance cars. It looks great. It handles like a dream. Its interior doesn’t feel like it was built with leftovers from the Chevy Cavalier parts bin. But as great as it is, fans have been missing the romper-stomper ZR1, which disappeared in 2009. That car was the most powerful to ever come from General Motors at the time, with its supercharged LS9 V8 cranking out a whopping 638 horsepower. And while Corvette fans have been waiting impatiently for the superlative Chevy to make its return, it’s finally here. Better yet, looks like it was worth the wait.

For 2019, Chevy is bringing the ZR1 back, and like its predecessor, it’s the most powerful car ever sold by GM. How powerful is it? Read on to learn everything you need to know about the new 2019 Corvette ZR1. 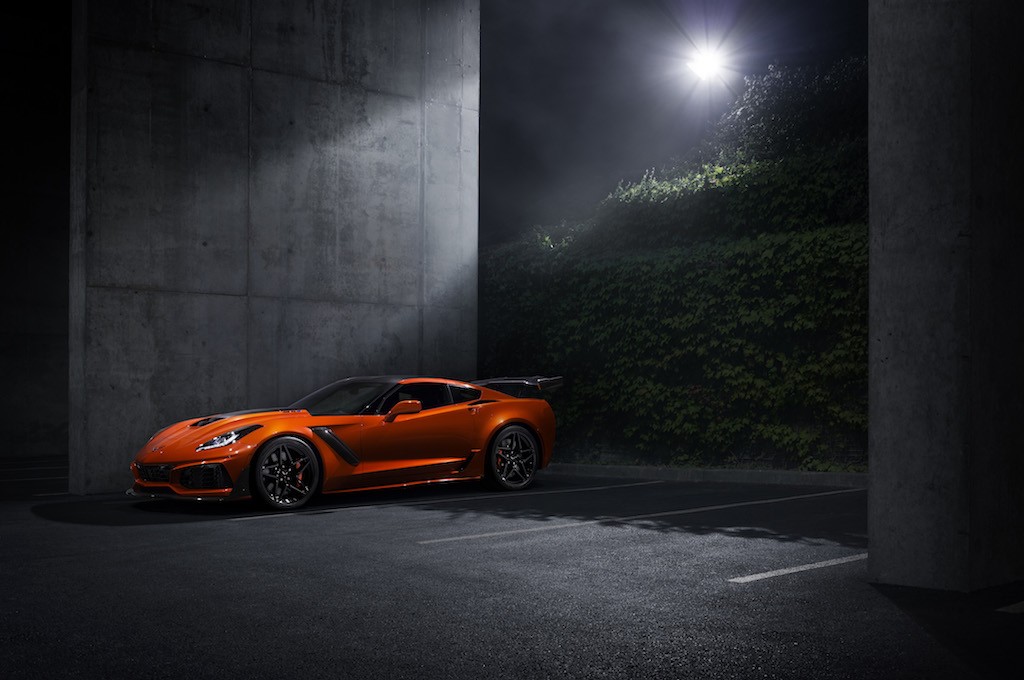 No, it’s not a 1963 split-window Sting Ray, and it never will be. But don’t let the Corvette snobs dissuade you: We are living in the golden age of horsepower, and the Corvette is a big part of that. On top of those 755 ponies going to the rear wheels, the new ZR1 makes 715 pound-feet of torque. That’s enough power to press you firmly against your seat and take your breath away every time you stomp the accelerator. 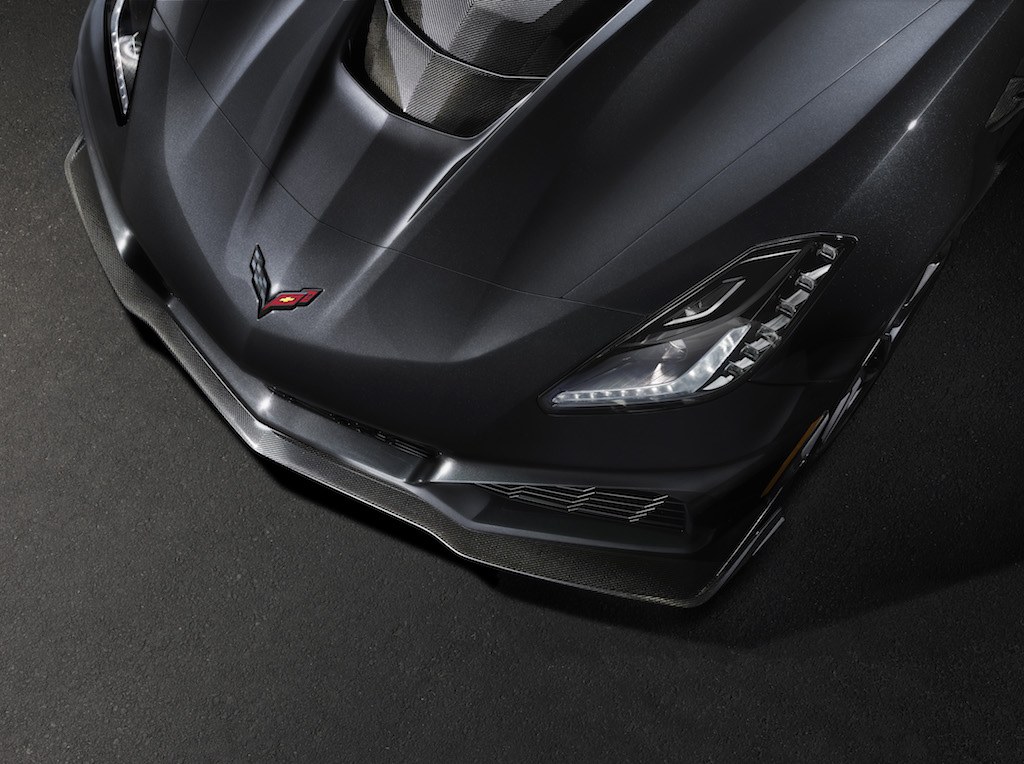 To the many Corvette haters out there, America’s Sports Car is a dumb one; it’s all brute force and no finesse. But that stereotype was disproven years ago — thanks in large part to the first modern ZR1. Yes, the 2019 model has a pushrod overhead valve setup like most V8-powered ‘Vettes always have. But this LT5 has an Eaton supercharger that displaces 52% more air than the last ZR1. That means more cool air for your engine, which translates to a lot more power. And to keep the whole powertrain cool, the car has a total of 13 radiators or heat exchangers. 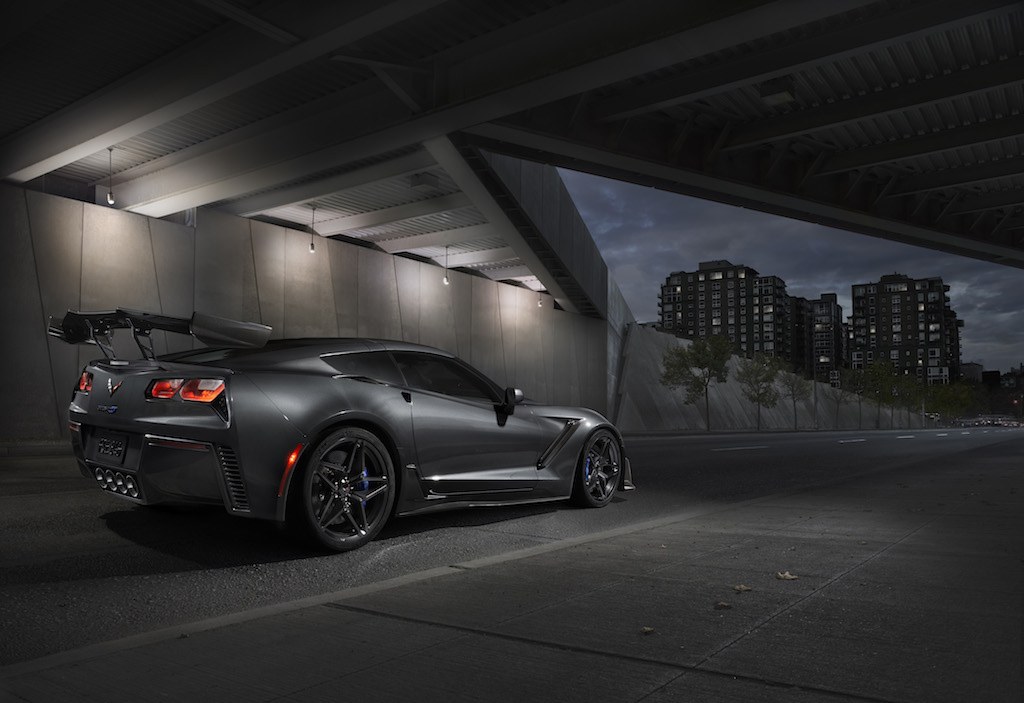 With a bigger supercharger, Chevy needed to make room under the hood. Instead of adding a plexiglass window like it did on the last ZR1, it took a page from the old muscle car handbook and designed a “halo” hood. That means the carbon fiber insert in the center of the hood isn’t a scoop or design feature; that’s actually the intercooler cover on the engine. We love it. 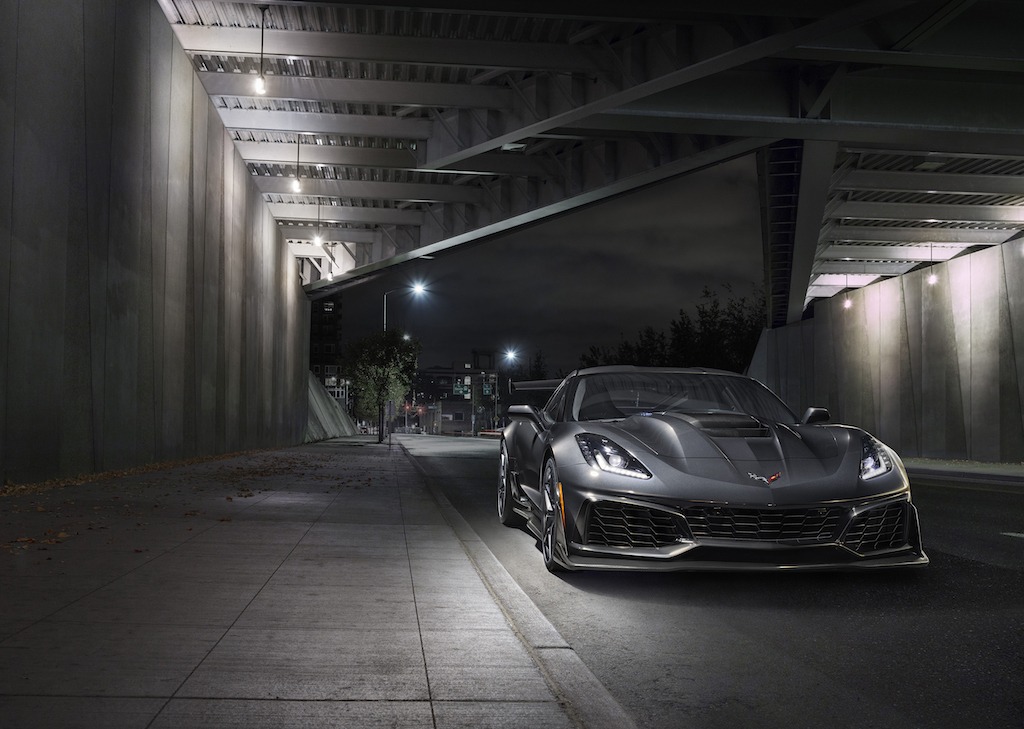 Chevy didn’t stop at a new hood. The whole front clip of the ZR1 is carbon fiber, and it gives the car an entirely different look than the suddenly “lesser” Corvette models. Unlike some earlier ZR1 models, no one is going to mistake your car for anything other than it is: the king of the hill.

5. It wants to drive upside down 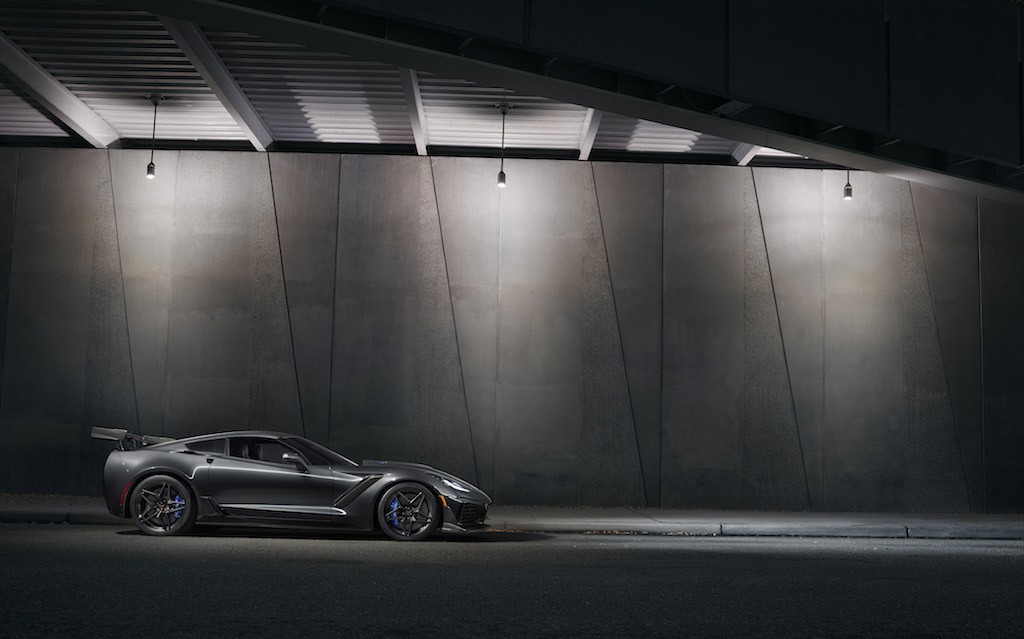 OK, so we don’t recommend trying to drive a brand new ZR1 upside down, but with its aerodynamic aids, we feel like it wouldn’t take too much to do it. Aided by an aggressive body kit and a rear wing that looks lifted from the C7.R endurance racers, the ZR1 generates an incredible 950 pounds of downforce at speed. That’s enough to keep it planted to just about any driving surface. 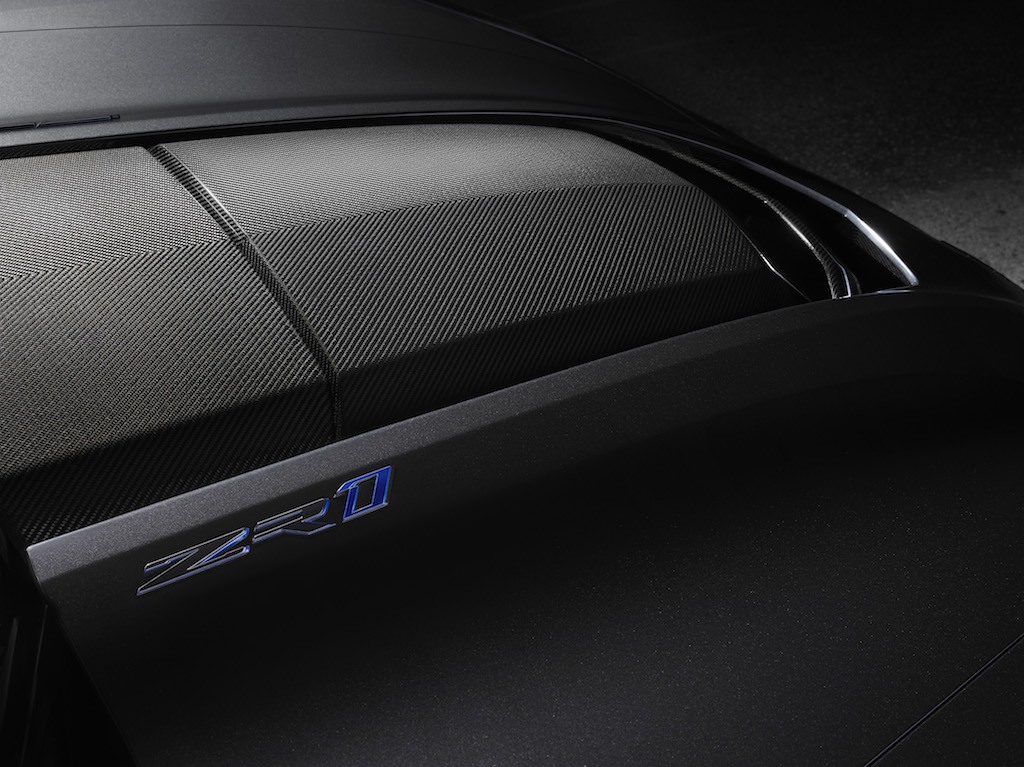 Thanks to that heavy carbon fiber diet (which extends into the interior), the ZR1 weighs just 3,560 pounds, nearly exactly the same as a Z06 ‘Vette. That’s right, on top of the new bodywork, massive wing, revised exhaust, massive supercharger, and body kit, there’s no weight penalty. That’s seriously impressive. 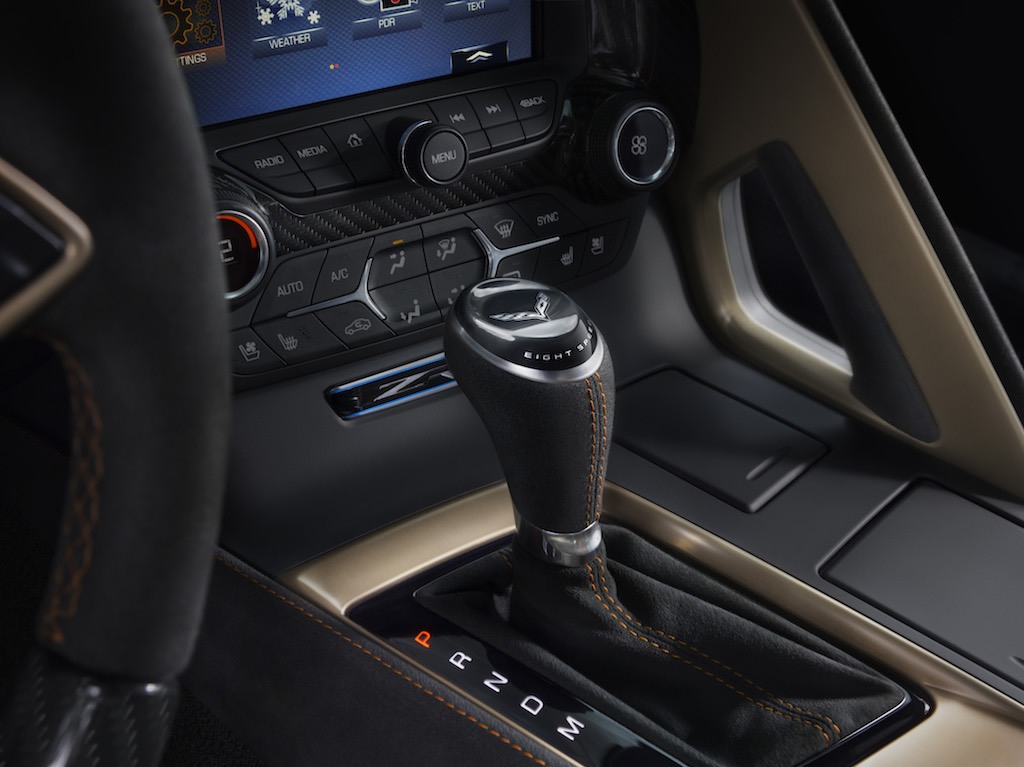 Go figure, all of this adds up to a ridiculously quick car. Don’t worry about any governed top speed here, the ZR1 will naturally top out at 210 miles per hour, making it the fastest production car to ever come from General Motors. Zero to 60 and quarter-mile times haven’t been released yet, but analysts are predicting a 2.7-second zero to 60 sprint and quarter-mile sprints in the 10-second range.

8. But it’s more than speed 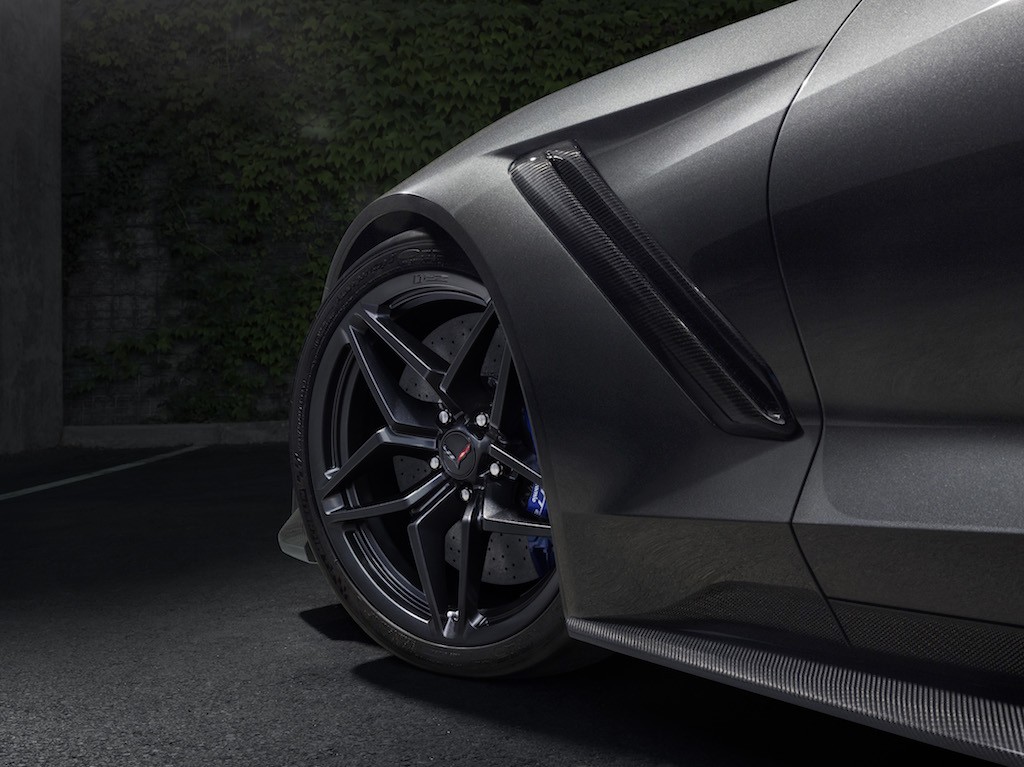 So the ZR1 is fast, but it’s also very different from the base Stingray. Luckily, the C7 chassis is robust enough to handle all the extra power. To handle the extra speed and downforce, the ZR1 has an electronic differential, performance-focused traction control, and GM’s Magnetic Ride Control. Brakes have been upgraded to six-piston aluminum calipers with two-piece carbon ceramic rotors. Front wheels have been widened 1.5 inches to incorporate the new hardware. 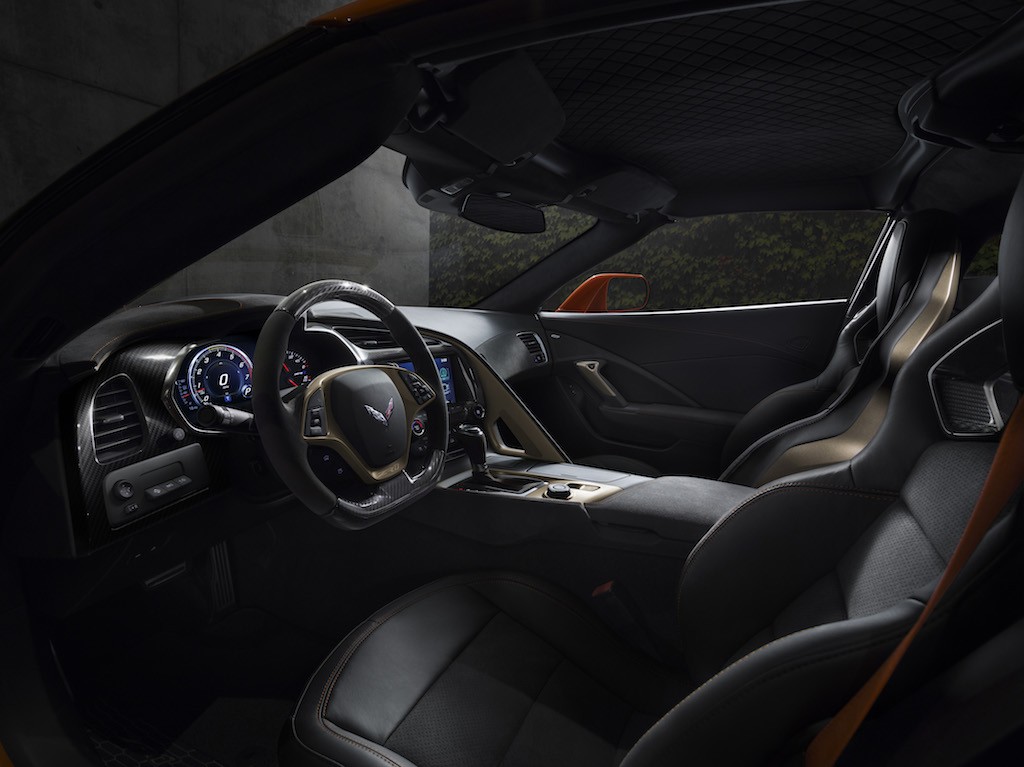 As much as we’d love to daily drive Chevy’s bonafide supercar, the idea of driving a loud, gas-guzzling coupe with a rock-hard performance suspension on our daily commute sounds pretty taxing. But you could if you wanted to! The ZR1’s interior is largely unchanged from the base model (albeit with a lot more carbon fiber trim), and cargo space remains the same, even with that giant rear wing on the back. You can even spec the car with heated and cooled seats, as well as a premium Bose sound system. 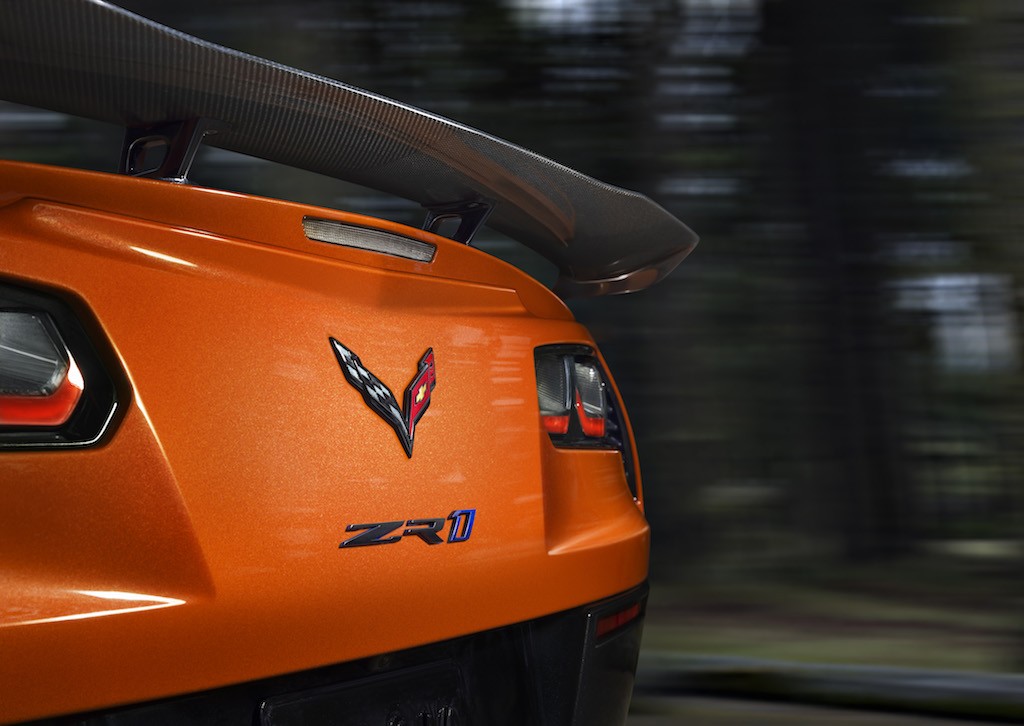 The last ZR1, the 2009 model, rang up at around $105,000. Expect the new car to be more than that, but not much more. At the ZR1 launch, chief engineer Tadge Juechter promised that the car would cost less than two base model Stingrays. By our math, that comes to $113,180.

And while that may sound crazy for a Corvette, just think of it this way: A Porsche 911 Turbo, Acura NSX, Audi R8, and Mercedes AMG GT start at around $160K. A Ferrari 488GTB and Lamborghini Huracán go for well over $200,000. The ZR1 doesn’t just keep pace with these cars, it can completely embarrass most of them. To us, that makes it one hell of a deal. Chevy expects to sell 3,000 ZR1s a year. We wouldn’t be surprised if it ended up selling even more.