Pop quiz: What’s the best-selling electric car of all time? If you guessed the Tesla Model S, you’d be wrong. With over 250,000 sold worldwide (including over 100,000 in the U.S.), that title goes to the Nissan Leaf. The Leaf was launched in 2010, and back then it ticked all the right boxes when it came to the nascent EV market. It had no grille, gimmicky blue and green interior lights, and lots of shiny, hard plastics.

It probably goes without saying, but the world is a very different place now. Tesla’s Models S and X have all but normalized EVs in the American market. Ford, Chevy, and Ram are expected to release hybrid pickups before decade’s end. And General Motors has even gotten into the pure electric game with the Chevy Bolt. The Leaf needs to adapt to survive in a changing market. And for 2018, it looks like it has.

Nissan has finally pulled the wraps off of its second-generation electric car, and it looks like it’s suited to stay competitive well into the future. But how good is it? Does it have what it takes to beat the Bolt and the upcoming Tesla Model 3 at its own game? Here’s everything we know about the new Leaf. 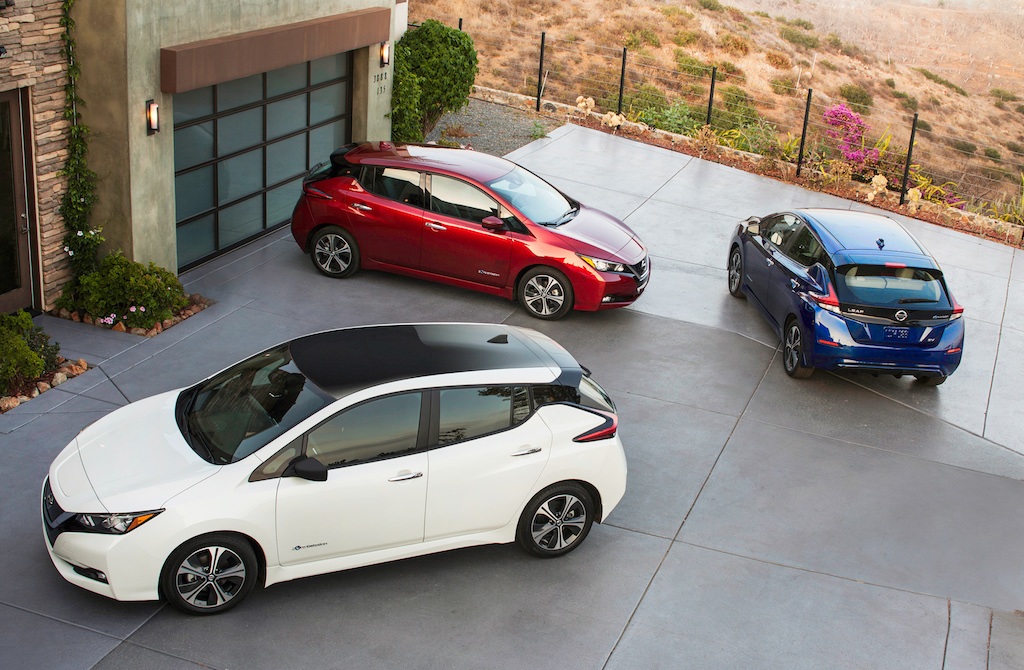 In 2010, the current Leaf started at around $34,000 before state and federal tax credits. Granted, that price has lowered to just under $31,000 as the car has aged. But the new model will still start at below that $31,000 mark before tax credits. Why? Because Nissan is eager to field a competitive electric car for less than its two more visible rivals, namely the Tesla Model 3 and Chevy Bolt.

Next: Nissan is thinking inside the box, too. 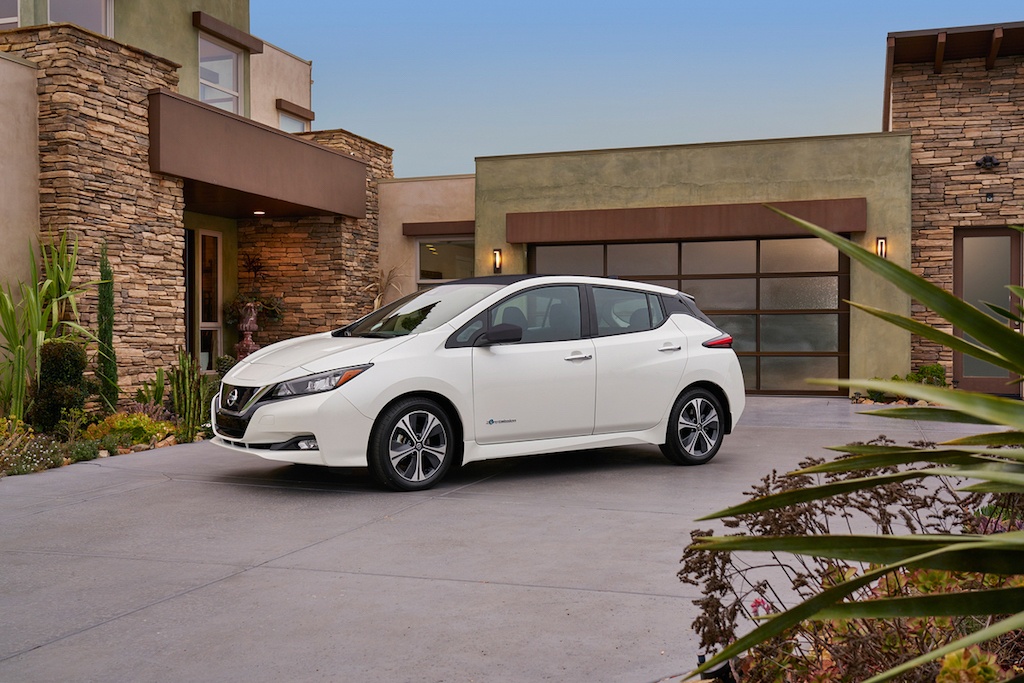 A big part of what made Nissan focus on keeping costs down is the company’s effort on destigmatizing the Leaf. With a sticker price in the low-30s, the EV falls below the average cost of a typical new car. And again, that’s before state and federal tax credits. So don’t think of it as an EV. Think of it as an average five-door hatch.

Next: Average car or not, it’s still revolutionary.

3. It goes a lot farther 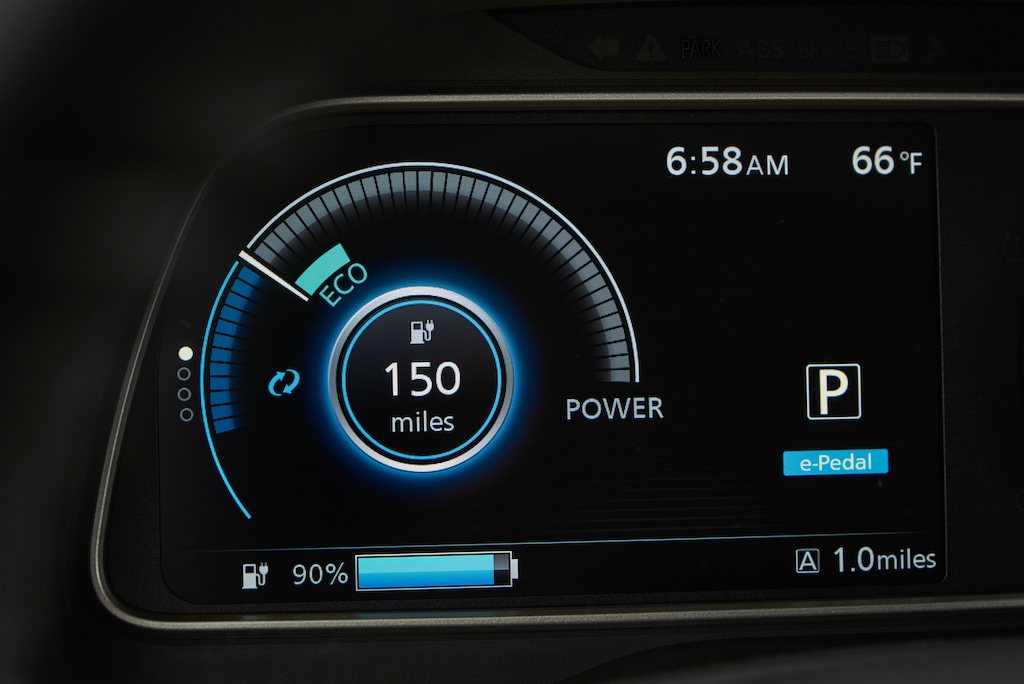 Helping the Leaf’s average car cred is its notably increased range. While the outgoing car could only muster 107 miles of range (it started out offering just 74), the new model will be able to average 150 on a single charge. For most drivers, that should be more than enough to combat the dreaded EV “range anxiety.”

Next: It could introduce a new way to drive.

4. Get ready for the e-Pedal 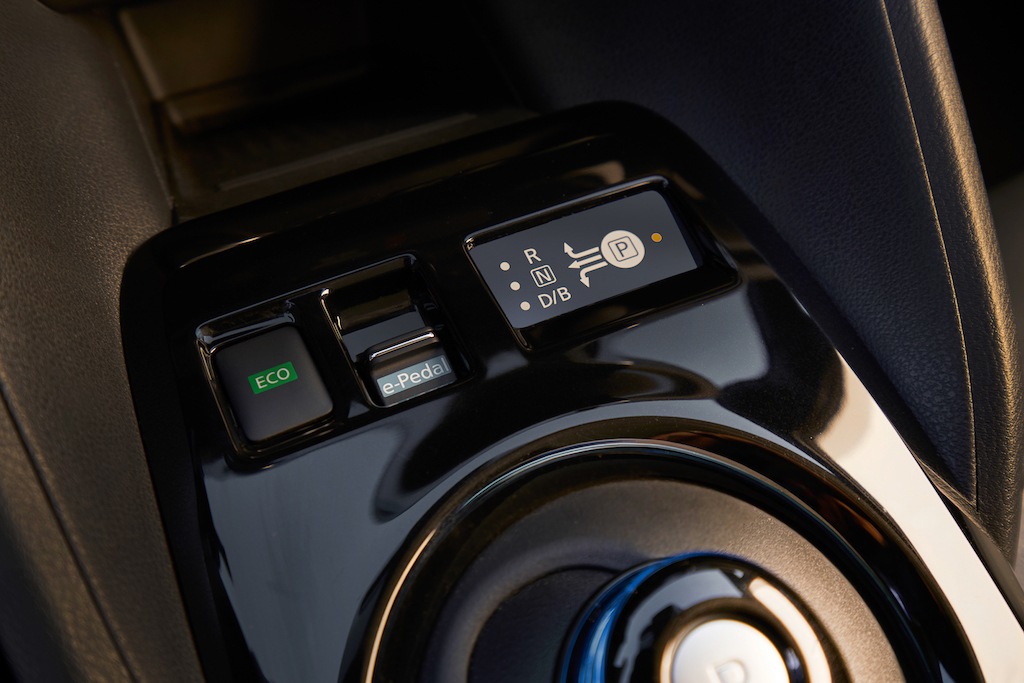 Despite Nissan’s “average car” posturing, the automaker claims that the new Leaf could revolutionize the way people drive. Thanks to its e-Pedal accelerator, you can now drive virtually anywhere with just one pedal. Switch the function on, push the accelerator, and your car goes. Let off of it, and the regenerative brakes kick in, recharging the batteries while you come to a stop. It might take some getting used to, but we like this idea for EVs — especially if these stronger regenerative brakes mean greater charging power.

Next: It’s incredibly advanced for its price point. 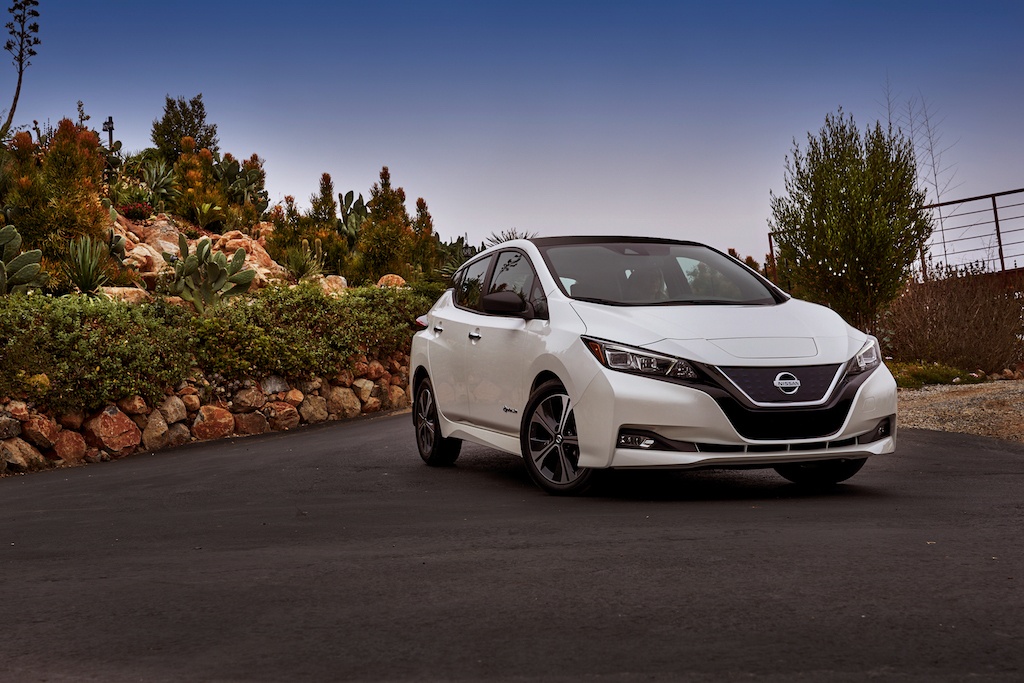 On top of the e-Pedal, Nissan is also offering its ProPilot Assist system in the Leaf. Like a simpler version of Tesla’s Autopilot, ProPilot utilizes four cameras, 12 sensors, and front wave radar to control speed, following distance, and stopping. You can’t quite take your hands off the wheel yet, but Nissan’s tech should make the Leaf about as close as you can get to autonomous driving in the $30,000 range.

Next: Don’t you hate parking your car?

When ProPilot Assist isn’t being put to use on the highway, drivers will be able to use it to let their Leafs park themselves. As ProPilot Park, the system can scan a parking lot for empty spaces and pull in and out by itself.

Next: This is a surprising change for the Leaf. 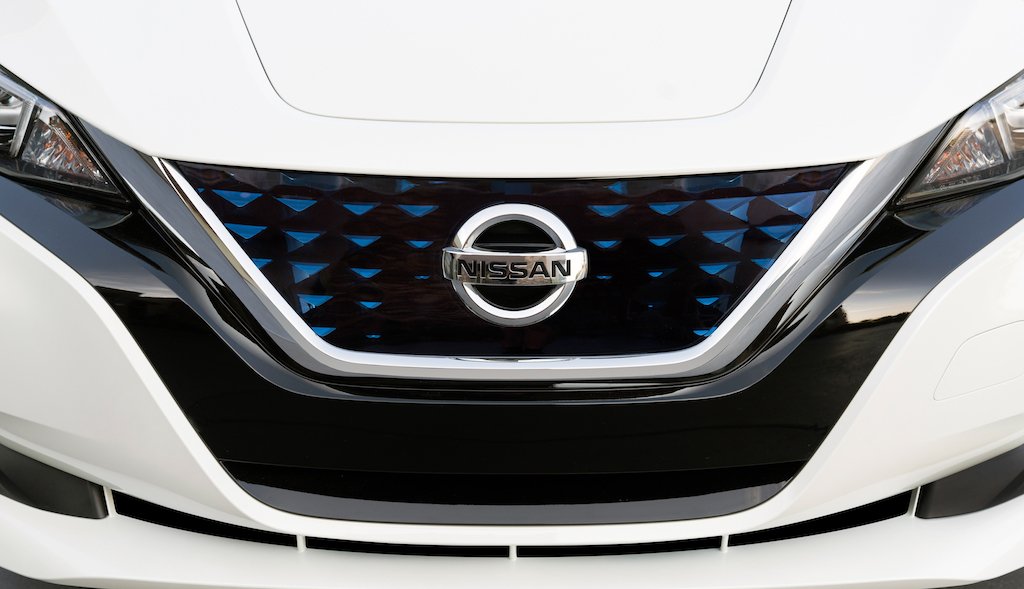 Gone are the days when automakers tried to make their EVs look like nondescript blobs. The public has spoken, and they want their electric cars to look like, well, cars. As a result, the new Leaf proudly wears Nissan’s “V-motion” grille up front. But instead of any mesh surfaces, the familiar shape is filled with a deep blue insert that shines in the sunlight. It’s cool enough to set the Leaf apart but not wild enough to drive more conservative buyers away.

Next: The goodies continue inside. 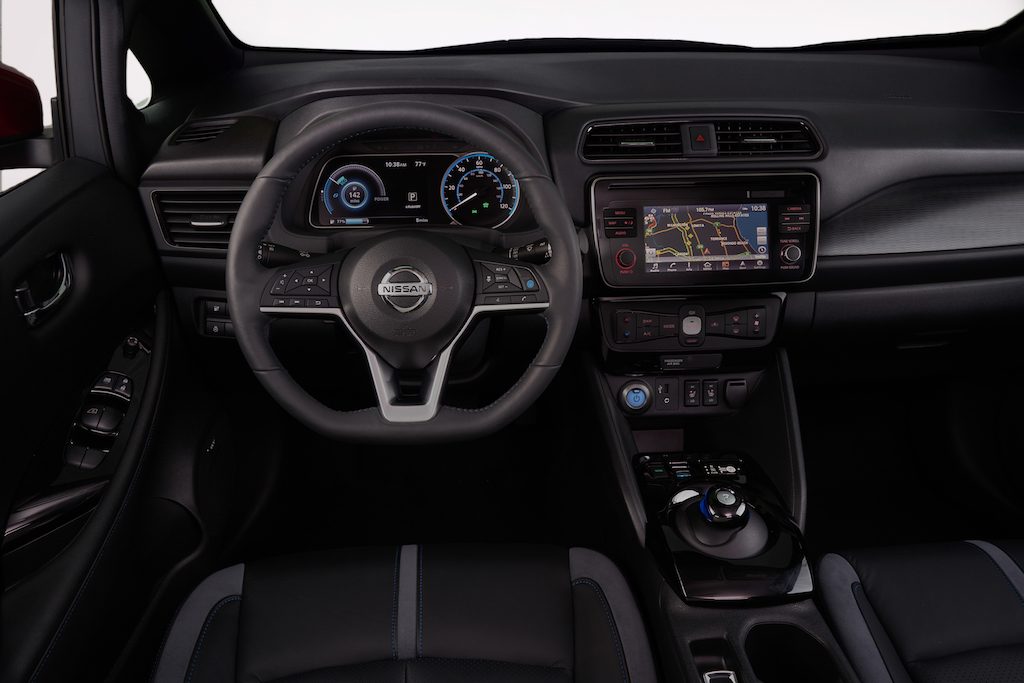 Inside, the new Leaf looks more like a modern five-passenger hatchback, too, albeit a modern one. There are still swaths of hard plastic and plenty of empty spaces, but it’s handsomely designed and looks modern without telegraphing that it’s an electric car. In other words, it’s the perfect EV for buyers who don’t want to telegraph that they’ve bought an EV.

Next: Here’s the downside.

9. There are still trade-offs

The Leaf may be cheaper than rivals, such as the Model 3 and Chevy Bolt, but there are some drawbacks. For starters, both cars can break the 200-mile mark on a single charge. And despite the sales edge, the current EV universe centers on Tesla. For buyers sick of waiting for a Model 3, or for those who find it too flashy, the Leaf should be a worthwhile alternative. But it will need to appeal to a wider audience if it wants to successfully compete against its rivals.

Next: There’s another catch. 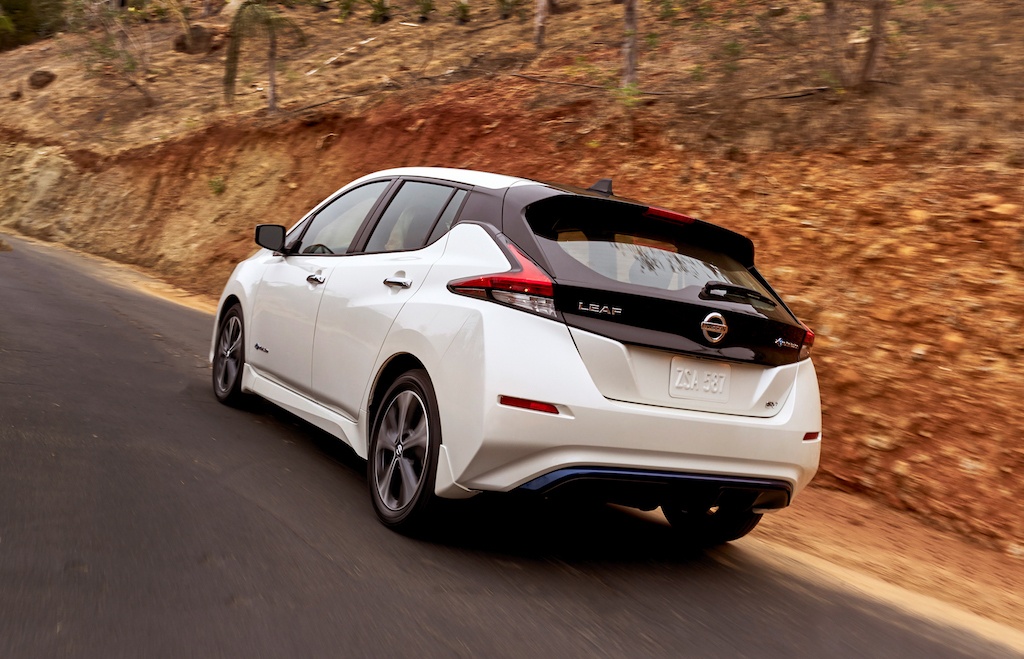 On top of the mileage limitations, the 2018 Leaf won’t hit dealerships until early 2018, which could erase any head start it might have had against the entry-level Tesla. Still, it’s an attractive and nicely evolved EV. We’re hoping it can hold its own against its rivals and make the roads that much more interesting.