Networking can cause a lot of anxiety. When you first meet someone at a networking event, you wonder whether he or she will be impressed by your work experience. You might also worry about whether your professional relationship will blossom and grow into to a successful partnership down the road. However, things don’t always work out, and sometimes personalities clash. Networking and dating are very similar. That’s why a group of former Tinder employees decided to combine some aspects of the two and create a brand-new networking app called Ripple.

Here’s everything you need to know about Tinder’s new professional networking app.

Ripple, a spinoff of Tinder, is a new networking app backed by IAC’s Match Group, reports Tech Crunch. The purpose is to make online networking just a little more enjoyable by infusing all the fun aspects that come with searching for a match on Tinder. It’s supposed to be a more interactive, updated version of LinkedIn. Tinder announced the new app during a press event at the 2018 Consumer Electronics Show.

Next: A better way to network?

A new way to network 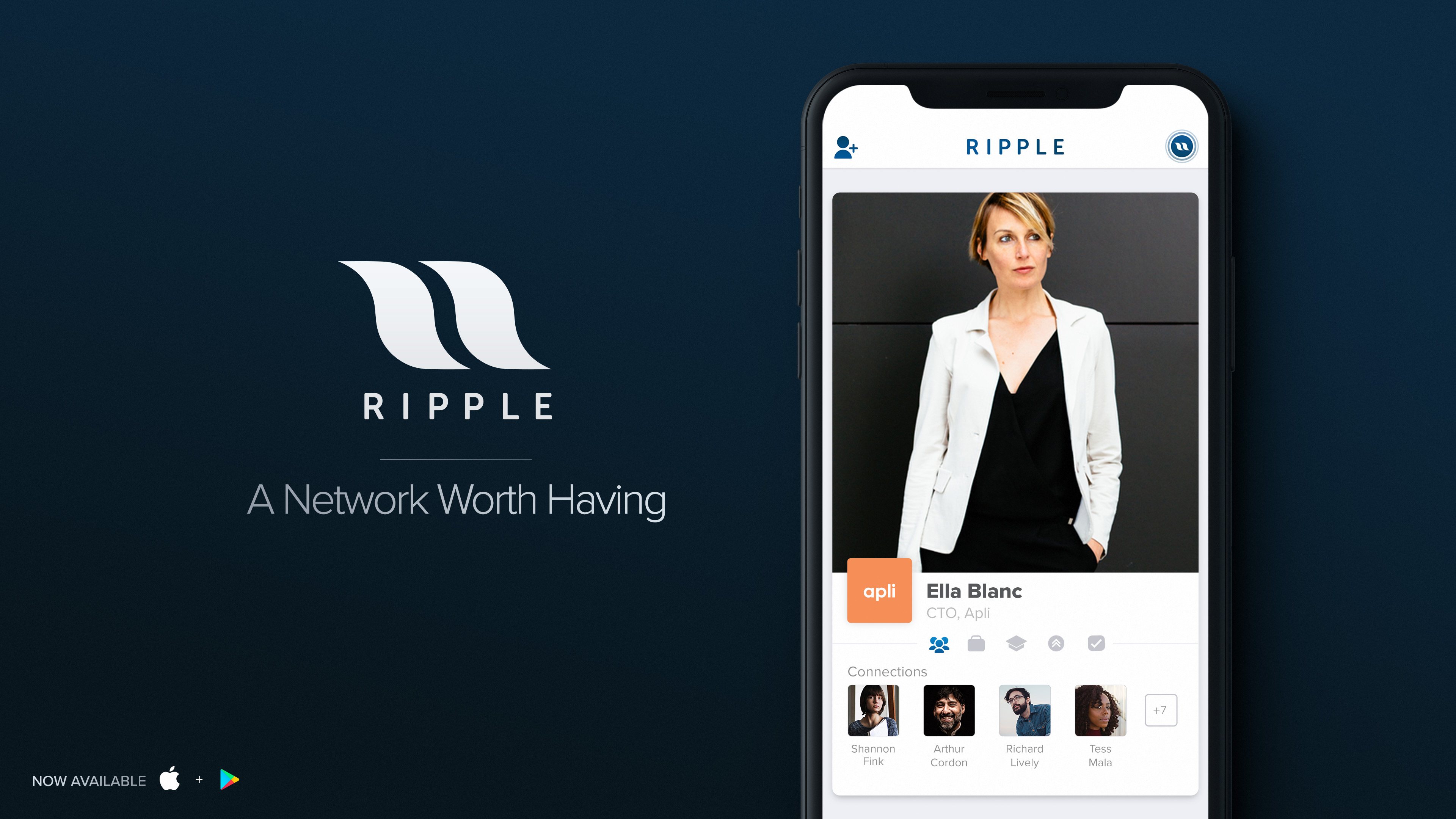 It works to suggest people who have common professional interests. | Ripple

The app was founded by Ryan Ogle, former chief technology officer for Tinder. Ripple works by suggesting people who have common professional interests and who are near your location. In addition, Ripple shows you which connections are attending certain professional networking events. This goes a few steps beyond LinkedIn because now you can come to a networking event prepared to meet connections you might want to do business with.

Next: It’s just like Tinder in one important way.

You’ll still get to use this fun feature 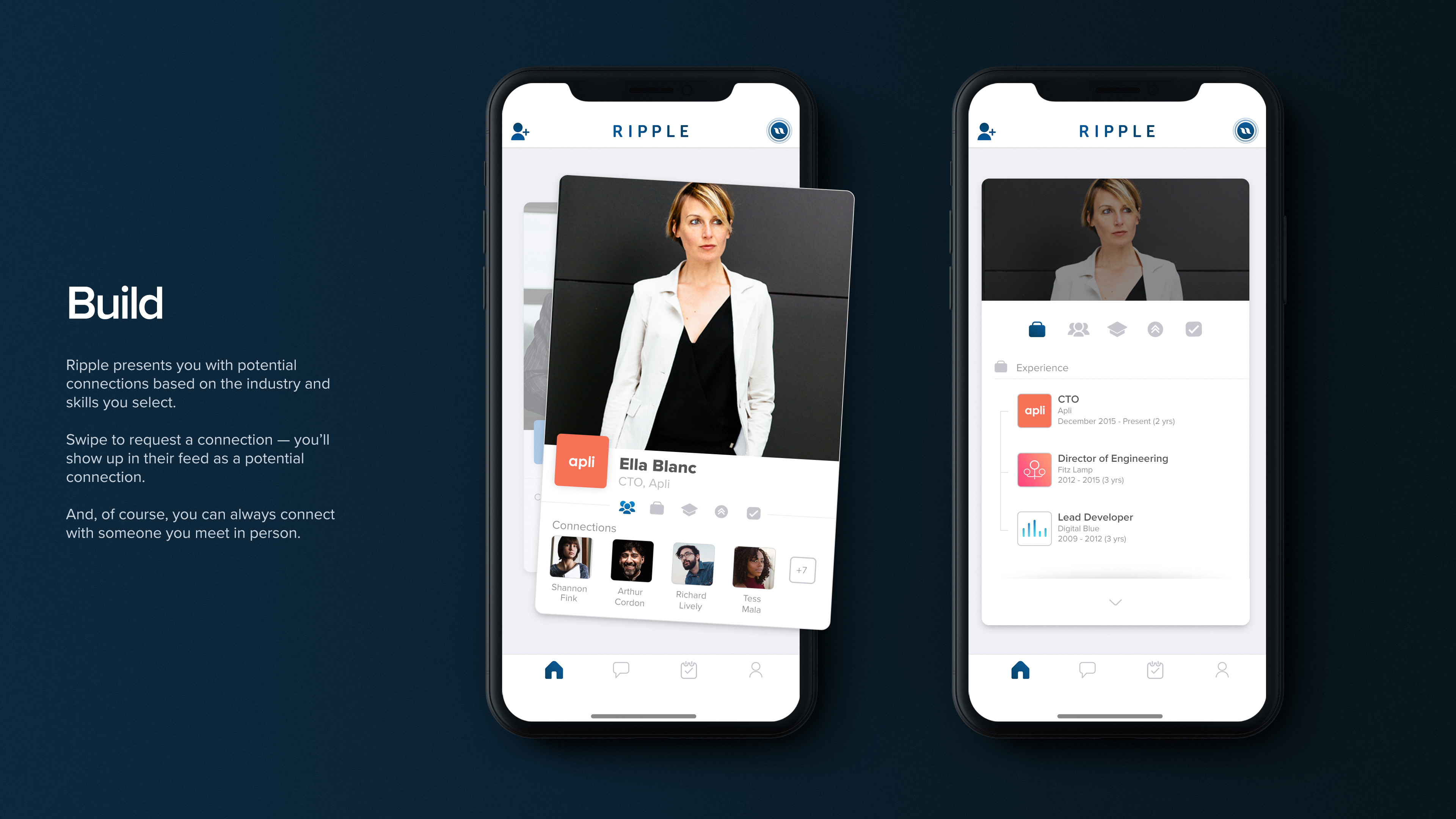 You’ll still get to swipe. | Ripple

One way Ripple is like the Tinder dating app is that you’ll still be able to use the swipe feature to connect with others. If you’re interested in adding someone to your professional network, all you need to do is swipe right. Similarly, if you’re not interested in getting to know someone professionally, you have the option to swipe left. Only people you approve can communicate with you.

Next: Getting started with the app

Setting up your profile 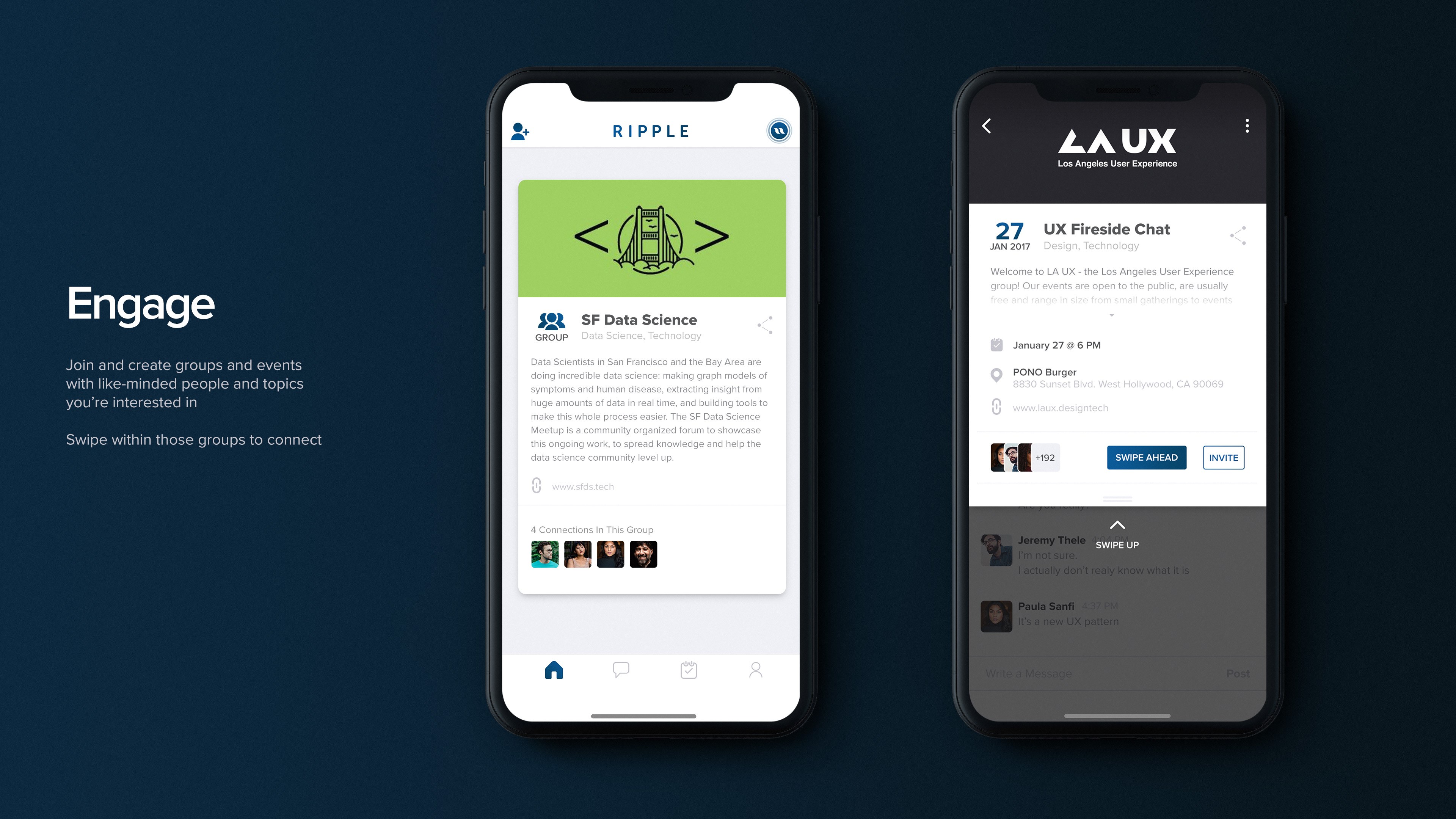 You’ll be able to find who’s a good match. | Ripple

When you build your profile, you’ll be asked to include basics such as your location, industry, and professional skills. Once your profile is complete, the app is then able to link you with potential connections. The app’s feed lists other users that look like a good match, based on your location, other users in your network, your interests, and any events you plan to attend.

Next: The app has a cool (or maybe creepy) feature 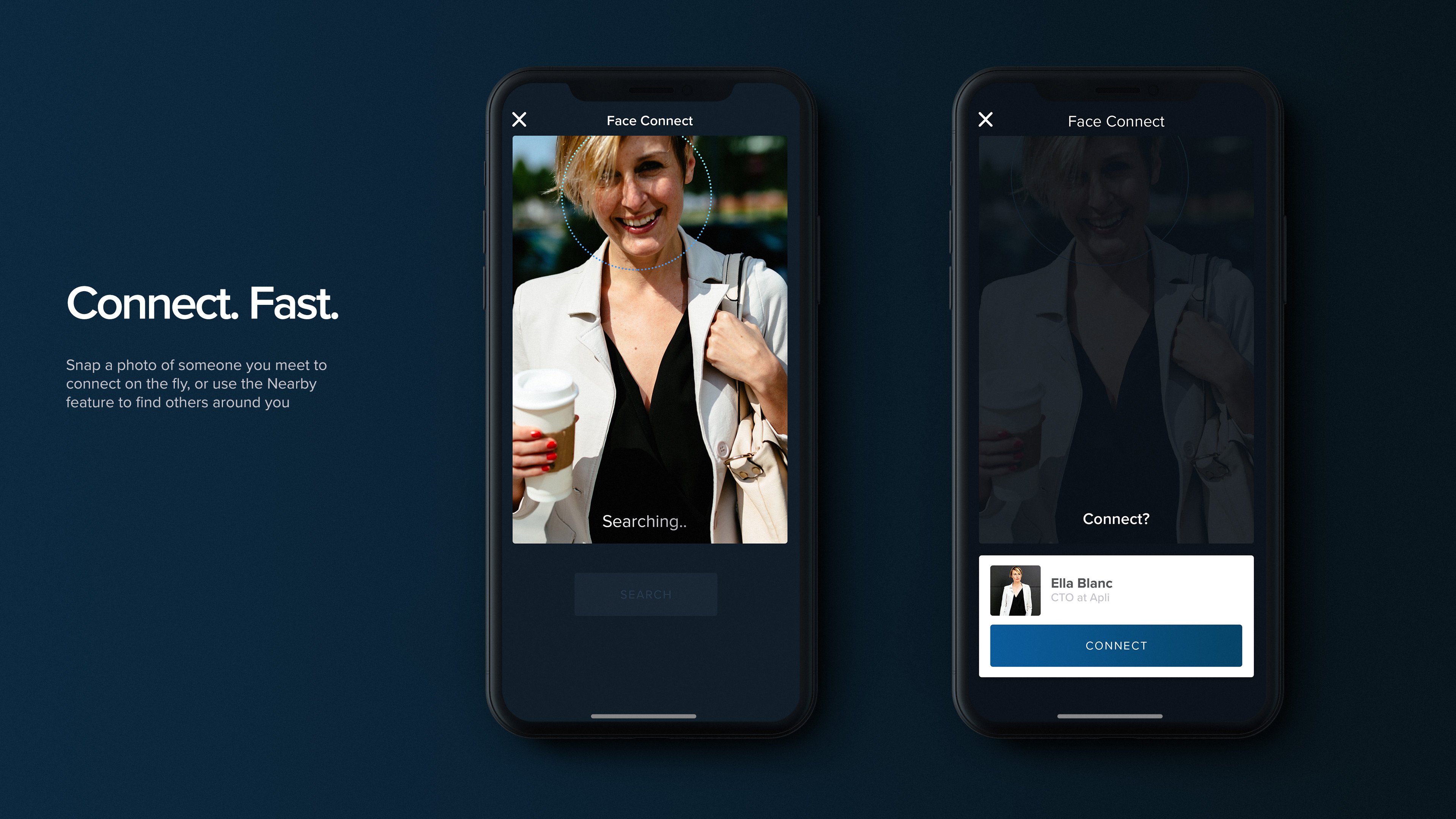 In addition, there’s a feature called Face Connect. This uses facial recognition to link a photo you’ve taken of someone you’ve met before with their Ripple profile. Tech Crunch reports you can also use the Face Connect feature by pointing your phone’s camera at someone’s face (it’s probably best to ask the person for permission before you use that method). You can also find other Ripple users near your location when you use the Nearby feature. 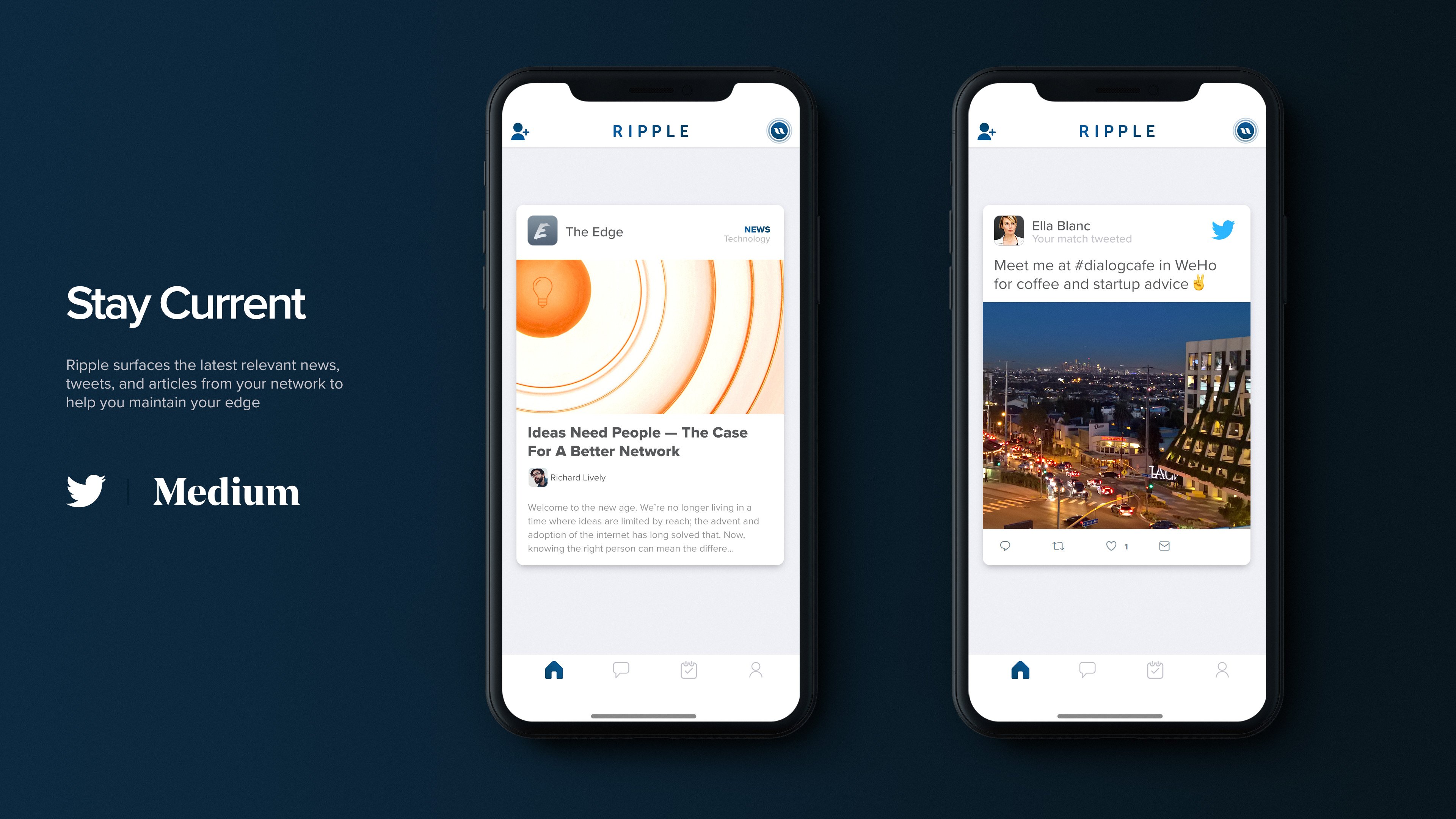 Keep up on all the latest news. | Ripple

Ripple will be much more than an app to connect with professionals. The creators say the app will also be a way for users to stay connected to the latest news. They will accomplish this by including a feed that displays information from Medium, Twitter, and other news outlets, reports Digital Trends.

Next: Ripple isn’t the only app that’s trying to change networking.

Ripple isn’t the only player in the game 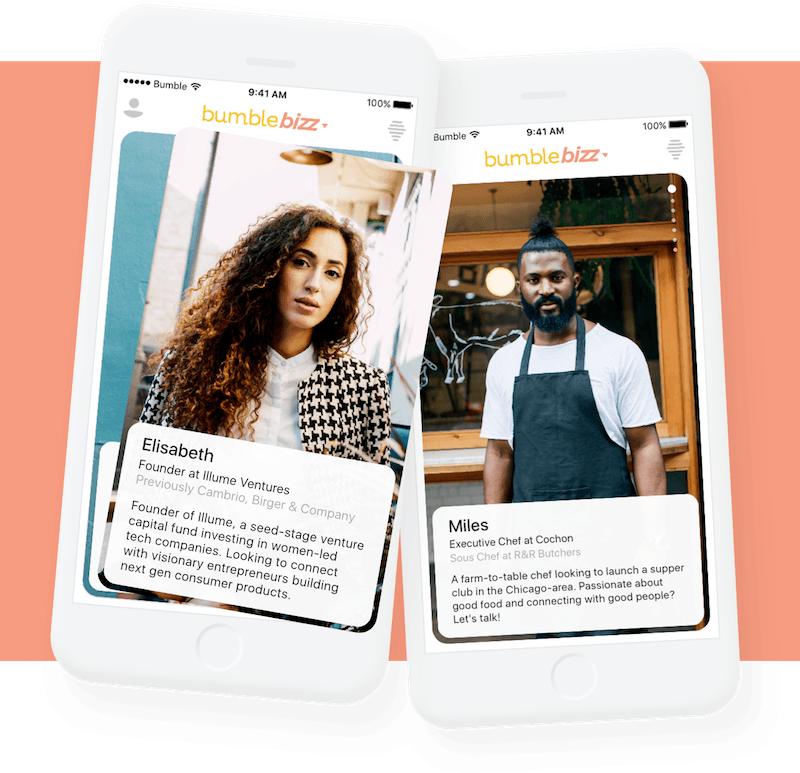 Bumble has their own version. | Bumble

Another dating-turned-networking app that appeared before Ripple is Bumble. This is a woman-focused dating app where women make the first request for communication. Like Tinder, it uses a swiping feature so users can decide who they want to connect with. The app, launched in 2014, was founded by Whitney Wolfe, a co-founder of Tinder. The networking version of Bumble, called Bumble Bizz, launched in October 2017.

Next: Could it make sexual harassment worse? It seems a little odd to make a work app resemble a dating site. | Ripple via Twitter

Another way Ripple will be different from LinkedIn is the way profile pictures are presented. Instead of a small circle with a head shot, each user will have a large photo. Although Ripple seems interesting, the similarities to a dating site, with its location-focused connection tool, large photos, and the swipe feature, have some concerned. In her article for Slate, April Glaser questioned whether a networking app made to resemble a dating app is appropriate, considering the widespread problem of workplace sexual harassment.

One has to wonder further if making a professional networking tool more like a dating app, with prominently displayed photos of people and location-based connections that can be accepted or rejected with a swipe, is really the right product to launch now in our #metoo moment, much of which focuses on workplace sexual harassment and the objectification of fellow employees.