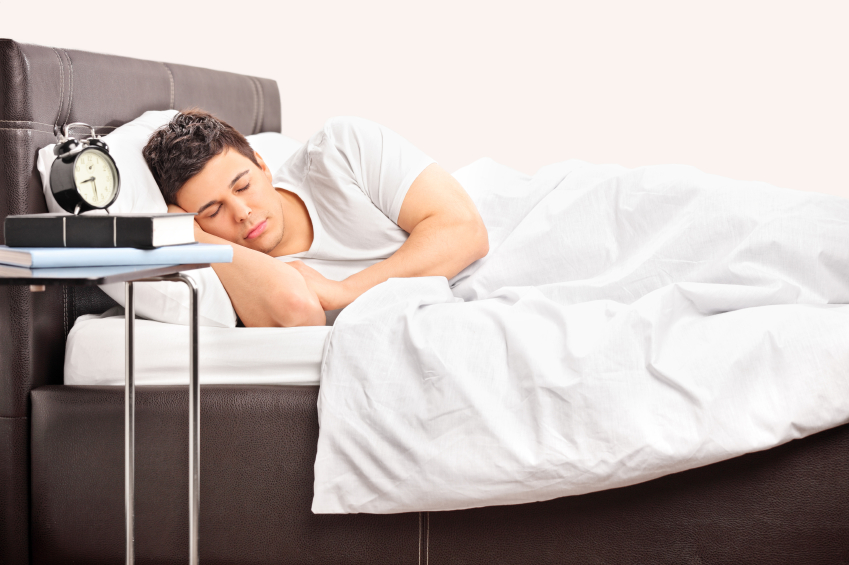 Some of us get an adequate amount. We have a well-structured day, get a solid eight hours or so in the sack per night, and as a result, reap the benefits in increased levels of productivity and energy. For others, sleep is a an afterthought; we may be burning the midnight oil at work, staying out with friends for drinks almost every night, or simply trading sleep for more time with the Xbox.

And with Fallout 4 now available, it’s understandable. In some cases.

But getting enough sleep is much more important than most of us realize. In fact, it’s one of the cornerstones to a healthy lifestyle. Without enough sleep, our bodies slowly but surely wear down, until we’re relying on junk food and energy drinks to keep us going, and walking around with a surly attitude. That impacts the amount of things we can get done, and our relationships with friends, family, and coworkers.

The benefits of sleep are becoming more and more apparent, as well. People who make sleeping a priority earn more money on average, and, as already mentioned, are more creative and productive. That means getting enough sleep can actually give you an edge at work, and help you tackle daily objectives with greater efficiency. And yet, despite what we know, people still don’t take sleeping seriously – or as seriously as they should.

To really dig into the science of sleep, why it’s so important, and how we can get the most out of a good night’s rest, we talked to Pete Bils, a sleep expert who currently serves as VP of Sleep Science and Research at Sleep Number. We picked Bils’ brain to get the inside scoop on all things sleep related, and how Sleep Number is ushering in a new era of slumbering technology with SleepIQ. Read on to see what he had to say.

The Cheat Sheet: How do we currently view sleep in the United States, and why is that a problem?

Bils: “The way I’ve looked at it, for a long time, is that the sleep issue in the U.S. is very much an unmet public health situation. Our health system is very inadequate when it comes to discussing even basic sleep issues with individuals. That leaves many people vulnerable to trying to take shortcuts – whether it’s over the counter remedies, prescriptions, or hiding their sleep issues with a bunch of interventions during the day, starting coffee in the morning. It really does affect overall productivity, health, and even our overall level of contentment. When you’re tired, you just don’t deal with things very well.”

TCS: Why don’t many Americans take sleeping as seriously as they should?

Bils: “It’s a good question. I try to compare sleep with the other two legs of health, which are nutrition and exercise. There’s hundreds of years of science and research into nutrition and exercise, compared to sleep. Sleep didn’t even really get started as an area of research, until the 50s or 60s. And it wasn’t a medical discipline until the late 90s. Yet, even if you look at diet and exercise, you’d still have to scratch your head and wonder why 60% of America is overweight, and 30% is obese, even with all of that knowledge.”

“There’s not enough information out there that will turn heads and say ‘you really need to get some good sleep’. Now, we’re getting there very quickly. Almost everything we used to blame on a sedentary lifestyle and poor diet is happening to people who eat well, and exercise all the time, but don’t sleep well.”

TCS: What health problems are associated with poor sleep habits?

Bils: “Hypertension, cardiovascular disease, stroke, obesity, diabetes… All of these things that we used to think were caused by other things – it’s poor sleep. Poor sleeping habits are an independent risk factor for a lot of these health issues. New research is showing the direct link between inadequate sleep and memory issues as we age – early-onset dementia, and even Alzheimer’s now. All other things equal, sleep is the culprit.”

TCS: What are the biggest factors that impact the quality of sleep?

Bils: “Get seven and a half to eight hours of sleep per night, make sure you’re going to sleep around the same time every night, and the third thing is that you’ve got to make lifestyle choices that support high-quality sleep.

You may be getting seven or eight hours of sleep, but you’re getting very little of the benefit that sleep is designed to do. That may be because of something you did during the day, or something you did right before you went to bed.”

TCS: What are some rules people can follow to ensure they’re getting quality sleep?

Bils: “No one in our house is allowed to have any type of caffeine after noon. That’s a big rule. Caffeine has a very long half-life in your body depending on your age and gender, and so many people have that latte at three o’clock, not knowing that seven hours later, at bed time, half of that caffeine is still in your system. Your quality of sleep can be affected by that level of caffeine.”

“The other rule is, and this one is especially hard for my daughters, but don’t look at any screen in your house. That means computers, TVs, tablets, phones…If you look at the screens, they’re predominately blue…Just think of the sky. Seared into our physiology, when the brain detects blue light of any kind, even green or white light, it instructs the brain to completely reduce the output of the hormone melatonin. Melatonin is a chemical that is very important to the sleep process.”

TCS: What should you do if you’re having trouble getting to sleep?

Bils: “If you can’t get to sleep because you’re one of those type-A people, you’re mind’s always racing – I always recommend… About an hour and a half or two hours before I go to bed, I do it the old fashioned way. I get a piece of paper out and write down everything that I’m working on – whether it’s at work, at home, or with the kids, or anything else that I’m planning – so that when I go to bed, it’s all on the paper. I don’t have to ruminate on it, it’s all on the paper.”

“If after 20 minutes you can’t get to sleep, go into another room, get under a dingy light, read for a little bit or listen to music until you feel tired, and then go back to bed.”

TCS: What is Sleep Number doing to help people get better sleep with SleepIQ?

Bils: “Sleep Number uses air in our mattresses to adjust the firmness…We build sensors into the air that can detect any change in pressure. So, 500 times per second, we’re measuring any changes in pressure. As soon as you get in bed, we (the sensors) start recording. After a few minutes, we can pick up your respiration. You’re heart’s beating against the cavity of your chest, we pick that up. We also pick up any time you move any part of your body.”

“We take all of that data, send it up to the cloud, and every morning…we give you the percentage of time that you were restful, and restless. Over time, that becomes powerful. One night’s data isn’t worth a lot, but when it’s put into rich context, when you’re trying to figure out how your daytime routines, and night time habits affect your sleep, that’s when the data becomes very lively.”

Bils says that by looking at your data, you can figure out ways to truly zero-in on your best sleeping habits, and get the most out of every night for more productive days. You can follow Pete Bils on Twitter, and read more about Sleep Number’s SleepIQ technology here.