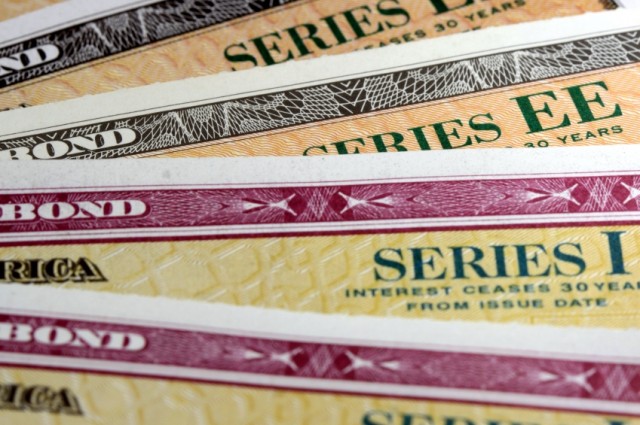 The following is a conversation between E.A. Mann and a 2004 version of himself who did not understand bonds. To save time, this conversation was condensed from its original, 10-year length.

2004 E.A.: Everything I read says that I need a mix of stocks and bonds in my investment accounts. When they say bonds, do they mean U.S. Savings Bonds—those things my grandmother used to put in an envelope and attach to a package of underwear on my birthday?

2014 E.A.: Not exactly. A bond is just a way for a government or company to raise money. Think of a bond like a mortgage, except that you’re the bank—for once. You lend an entity some money, and they pay you back with interest over time. When your hometown wants to build a bridge or fix a dam, they most likely sell bonds to fund the project.

2004: I just started my first “real job” and I’m busy learning. How am I supposed to know whom it’s safe to buy bonds from?

2014: You won’t. When we talk about bonds in our investment accounts, we’re talking about a bond fund that owns a whole bunch of different bonds selected by experts.

2014: No. That would be really risky, since any one company or town could go bankrupt and fail to return the money. Bond funds own thousands of bonds, and the terms are staggered so that the payment stream doesn’t stop.

2004: I think I understand. But why does everyone keep telling me to buy bonds alongside stocks, like the two are linked?

2014: Not even close. The return on bonds, while safe, is low. Along with greater risk, stocks provide greater returns, and you’ll need those returns if you plan on a traditional path of saving 10-20 percent of income over a 40-year career.

2014: Unfortunately, as with so many things, the answer is “It depends.” Some people say that your percentage of bonds should roughly match your age—a twenty-five year old should own 25 percent bonds and 75 percent stocks, for example. I’m a bit more aggressive, but then you probably know that. Not to spoil the future, but you’re going to go with 10 percent bonds to start. If we were to pick those Target-Date funds, they would adjust over time for us.

2004: You told me that bonds provide a steady stream of income. But I also read somewhere that when interest rates go up, bonds go down. And that’s happening soon, right? What’s the deal? Do you really understand this stuff?

2014: I have to admit, this part is a bit hard for me too. Here’s the best way I can explain it: imagine you’re a farmer with a bunch of cows. These cows give you milk. Now imagine that a new breed of cows come out that make 20 percent more milk. You’re out of luck in two ways. First, you’re not making as much milk as you could be making with the newer cows. Second, no other farmer wants to buy your cows at full price, because they could buy the newer, better cows instead. In the bond world, rising interest rates essentially create newer, better cows.

2004: Should this change my strategy on bonds?

2014: Not really. Hopefully you’re automatically buying bond funds over time, dollar cost averaging the same way you are with stocks. I wouldn’t worry about it.

2014: One more thing: bonds are strange in that there are multiple ways to make money on them, and those ways are taxed differently. The interest payments you get on bonds are taxed as regular income, but the money made selling a bond fund for a profit is taxed as capital gains. Also, certain bonds can be tax-exempt. Treasury bonds are exempt from state and local tax (but not federal tax), while some state and municipal bonds are exempt from federal tax. It’s complicated.

Because of all this, some people would describe bonds as “tax-inefficient.” Your best bet is to concentrate your bonds in tax-advantaged accounts such as Roth IRAs, IRAs or 401(k)s. Otherwise, you’ll have to worry about all these taxes.

2004: This was really helpful, future E.A. Can I ask one more question? It’s important.

Written by E.A. Mann. The views expressed represent the opinion of the author and are not intended to reflect those of FutureAdvisor or serve as a forecast, a guarantee of future results, investment recommendations or an offer to buy or sell securities.  Past performance is not indicative of future results.