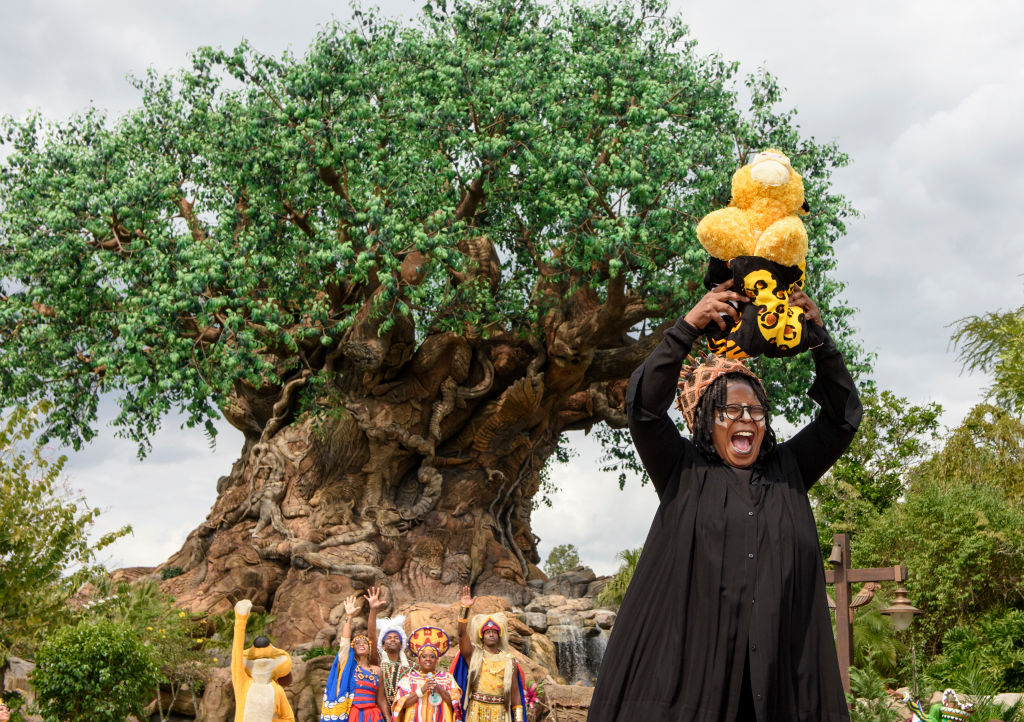 Whoopi Goldberg gets in on the action at Disney World. | Todd Anderson/Disney Resorts via Getty Images

Every kid dreams of the day they get to go to Disneyland or Disney World. From a young age, we’re imprinted with the idea that it’s a magical place where all of your dreams come true. Football players say they’re going there after they win the Super Bowl. Celebrities are always there, rubbing shoulders with Mickey and Minnie. When you’re a kid, that’s all you could ever ask for.

Some of us never get to make that trip. Others do and get to live out the childhood dream. While it might amount to a giant expense for mom and dad, for the kids it’s a defining moment. Add in that you can now see Darth Vader and Spiderman at Disney parks, and it’s hard for the kids to contain themselves.

As amazing and interesting as Disney World and the company’s other parks are, there are a lot of things going on under the surface the public doesn’t see. From a business standpoint alone, these theme parks bring in a mind-boggling amount of money. Again, if you’ve been there, this won’t be much of a surprise. A visit can be very expensive. But there are other things you might not know that make Disney World all the more interesting. 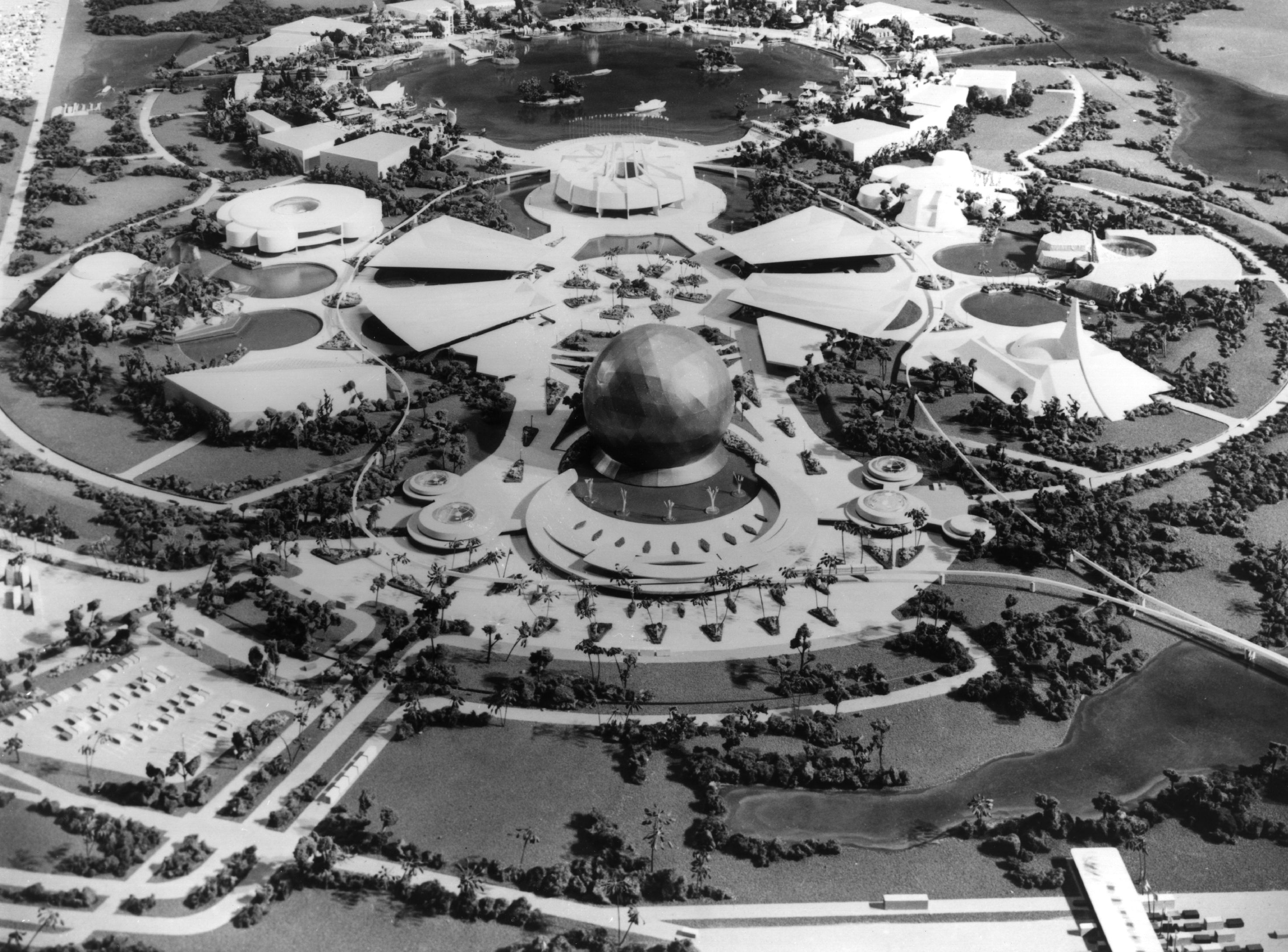 Disney World’s Epcot Center is pictured as it was expected to look in 1982. | Central Press/Getty Images

No, we didn’t misspell “takeover.” In Disney’s case, getting its Florida theme park started required some literal faking. In order to acquire all of the property needed to build the park, Disney used dummy corporations. It’s a pretty fascinating historical account, actually, and involves all kinds of juicy stuff: secret land, political deals, and sketchy business tactics. Who knew such a magical place required so much questionable behavior to get built?

All that work paid off, though. You just need to look at how many people the park attracts.

2. How many visitors does Disney World get? 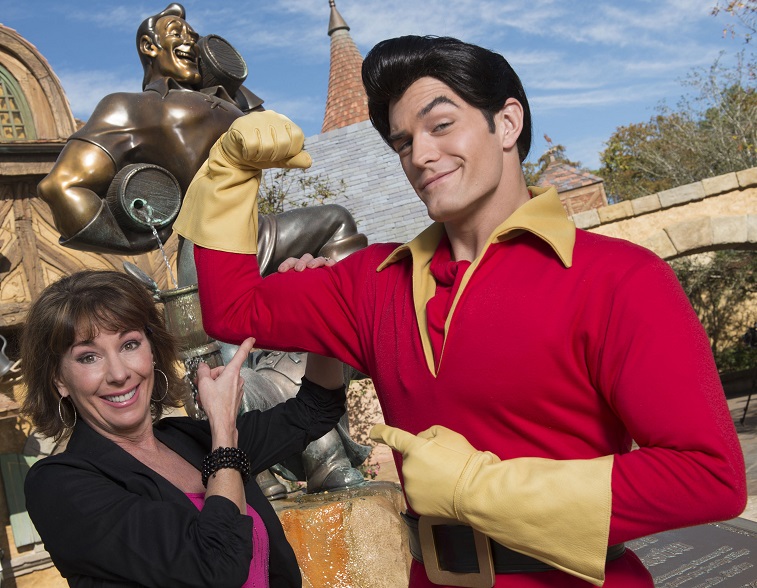 Every day, week, month, and year, people stream into Disney’s Florida park in waves. The parks in Florida and California (and, as we’ll see, around the world) are cash cows for the company, so lots of resources are used to keep customers coming. In the past couple of years, tens of millions of people have visited Walt Disney World alone — in addition to the company’s other parks.

Speaking of other parks, there are now multiple locations worldwide.

3. There are several international imitators 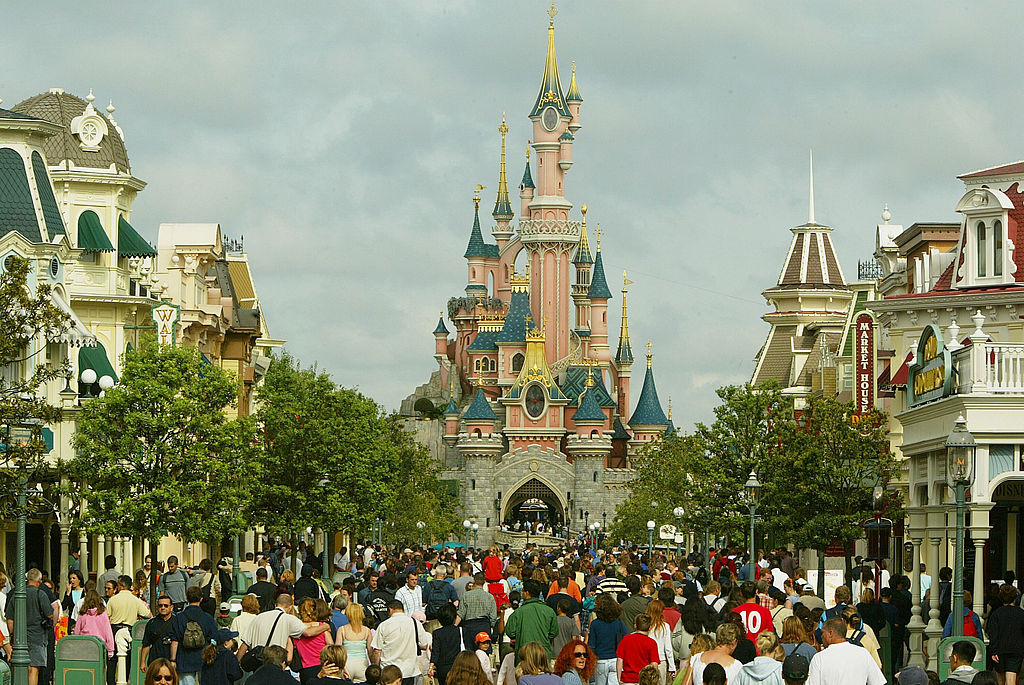 Perhaps “imitators” isn’t the right term. The parks aren’t really “imitating” anything — they’re simply Disney parks in other countries. While we have both Disneyland and Disney World in the States, the company has expanded to numerous other countries. Paris, for example, is now home to a Disney park, as are Tokyo, Shanghai, and Hong Kong. And there’s another domestic location (a resort) in Hawaii, too.

How much money do all of these parks bring in? 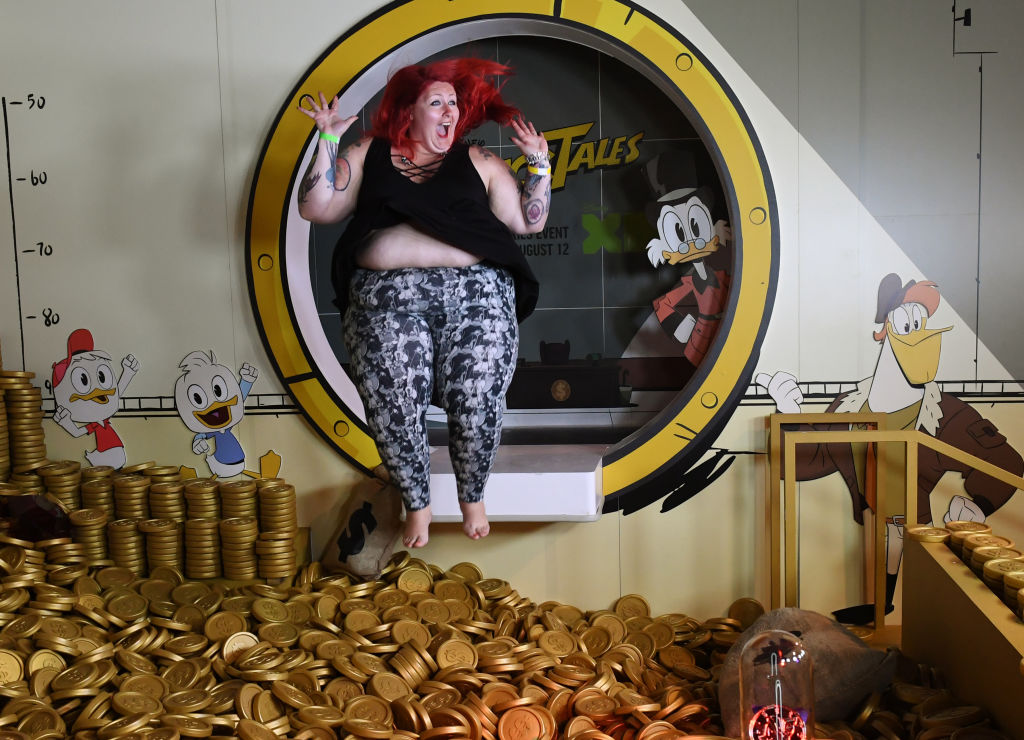 A woman jumps into the money pit at the Duck Tales exhibit. | Mark Ralston/Getty Images

As a percentage of the company’s overall revenues, theme parks and resorts rank highly. Only media brings in more money, actually, which makes sense. That includes all of Disney’s intellectual properties, such as Star Wars, Marvel, etc. In 2016, the company brought in more than $92 billion in total revenue. The parks and resorts division was responsible for roughly $17 billion of that total.

And a subset of the park’s revenues? Food. Lots and lots of food. 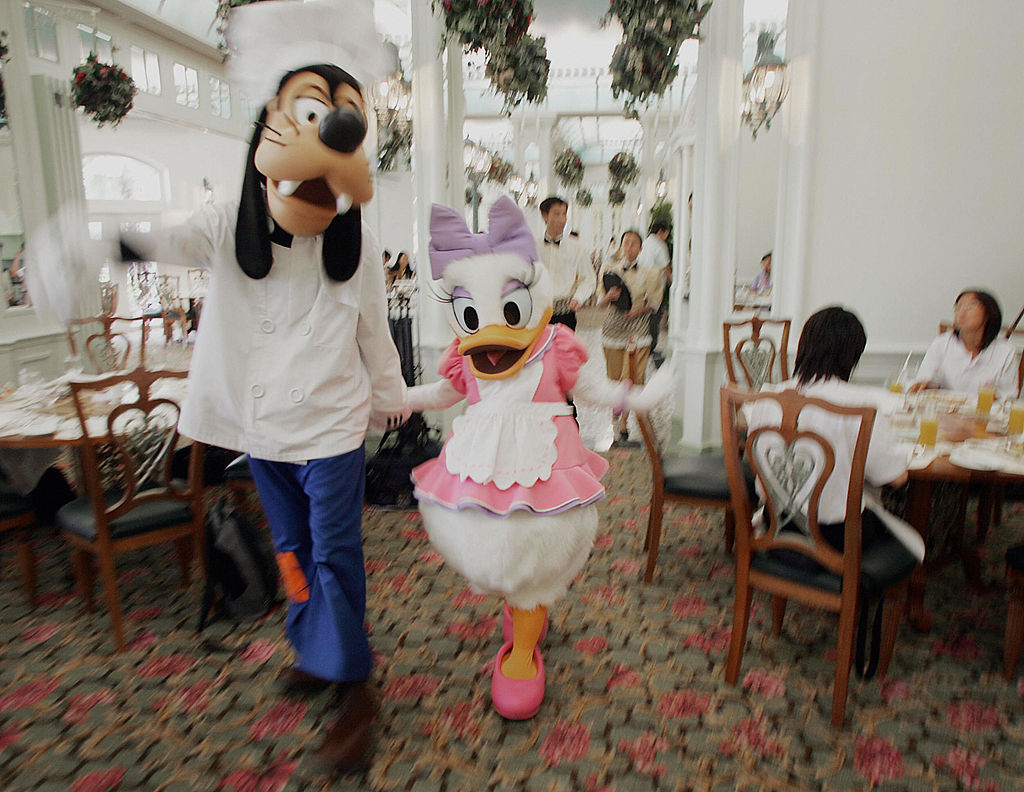 Eating at a theme park is expensive. That’s putting it fairly mildly if you ask anyone who’s visited one of America’s large theme parks. According to Disney, when it comes to beverages alone, “more than 75 million Cokes are consumed each year at Walt Disney World Resort along with 13 million bottles of water.” While it’s hard to track down how much food and drinks are consumed (and purchased) in total, a quick look at the park’s dining plans makes it clear big revenues are being raked in.

They sell enough to feed an army. And the park also employs enough people to field one.

6. It employs a small army

Disney World is a gigantic complex. And as such, it requires a massive amount of people to make it all work. There are literally tens of thousands of employees working at the park — though the company refers to them as “cast members” rather than employees. The park employs “more than 70,000 cast members in Central Florida,” according to the company. “That’s how many people it takes to create the magic at the Vacation Kingdom. Not surprisingly, Walt Disney World Resort is the largest single-site employer in the United States.”

And it’s only going to get bigger. 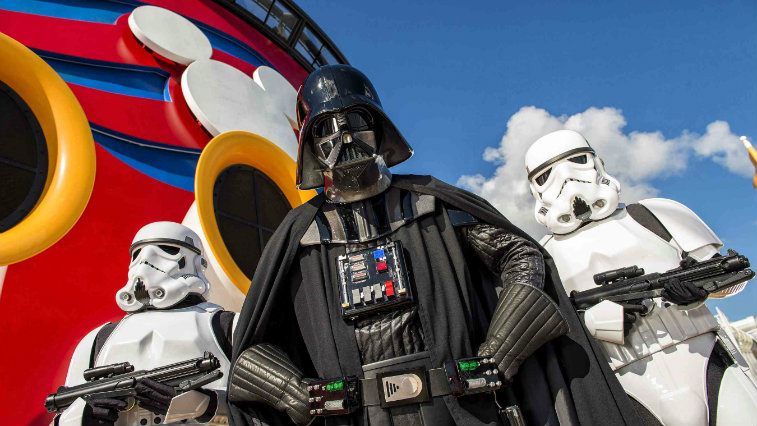 You can never have too much theme park, right? As Disney expands its number of IPs (such as the addition of Star Wars and Marvel into the fold) you can expect the parks to keep expanding, too. New additions to the Florida park include Star Wars and Pandora (Avatar) parks, with more to come. You can keep up with the most recent rumors on the internet. 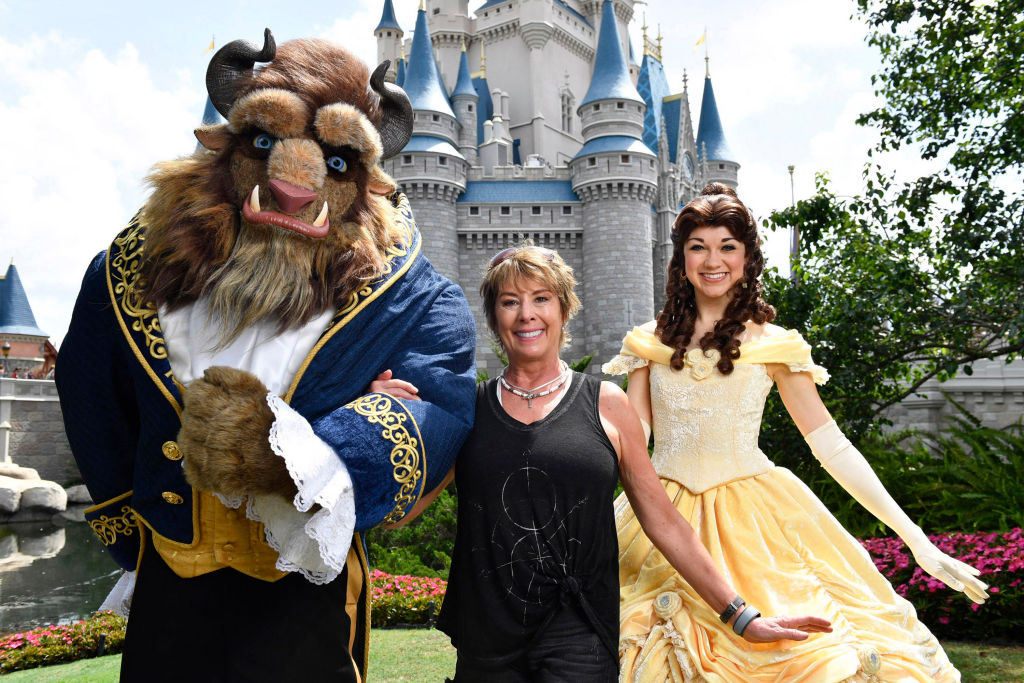 To join Club 33, the elite Disney fan club, you’ll need to pony up $25,000. That’s just for starters. You’ll also need to pay dues annually. It’s expensive, but that’s what it takes to get true VIP treatment at the company’s Florida park. If you join, you’ll be in the same company as celebrities and politicians and gain access to secret restaurants and bars.