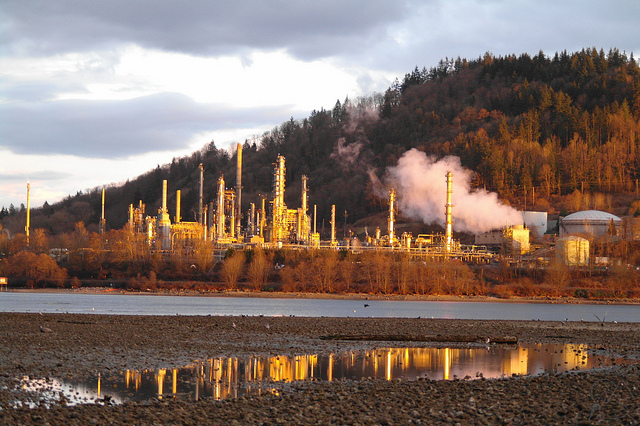 Exxon Mobil (NYSE:XOM) is leading the way in calling for the United States to end restrictions on the exporting of oil, the Wall Street Journal reports. The ban on the exportation of oil from the United States dates back to the 1970s, when fears over the looming energy crisis caused the government to institute the measure. With gasoline prices going through the roof, and shortages occurring at gas stations throughout the country, it seemed like a logical step to keep as many fossil fuels as possible within U.S. borders.

However, in today’s economic landscape, much has changed. Production by entities such as OPEC is not as dominant of a force on the world scene. Domestic production of oil and natural gas have both soared. New technologies are allowing for the extraction of oil from layers of shale rock, and plans exist for arctic wells that can withstand both extreme cold and roaming icebergs.

Exxon believes that these conditions warrant lifting the ban, which it argues is both outdated and actually hinders the American economy. By allowing the exportation of oil, additional jobs could be created in the domestic fossil fuel industry, the company contends. Already, there are contracts to export chilled natural gas to countries with which the U.S. has no free trade agreements in place.

Opponents of Exxon’s position — those who wish the ban to stay in force — cite two primary reasons for their point of view. The first is that lifting the ban would cause domestic energy prices to rise. While this is undoubtedly true, as it would decrease the amount of fossil fuels that must be destined for American or Canadian use, there is some contention as to the exact degree to which this would have an impact, with estimates ranging from virtually unnoticeable to a substantial hike in energy prices.

The other main bone of contention is that the measure could prove to be harmful to the environment. Not just in the extraction process or in the consumption of fossil fuels, but also in the inherent dangers of transporting fossil fuels over such large distances, have concerns been voiced. Citing the possibilities of pipeline breaks, train derailments, and tanker spills, starting a large-scale exportation industry would amplify all of those risks.

Another environmental factor is the release of greenhouse gases from energy that is produced in the United States or from fuels that would be shipped abroad. Exxon contends that, with the rise of natural gas — which emits far less carbon than oil or coal — greenhouse gases will naturally be fought back against in the marketplace. Advocates have repeatedly stated that more needs to be done with respect to controlling greenhouses gases, warning of global warming if action is not taken on an immediate time-frame.