Conservative talk show host, author, and commentator Sean Hannity is a staunch supporter of Donald Trump, according to the website heavy. He’s also the highest paid TV news anchor at Fox News, a New Yorker, and a married father with two kids. But that’s not all you need to know about Sean Hannity.

Click through to see what dirty little secrets have come out of the woodwork about him on page 5 — and find out more about who he really is. 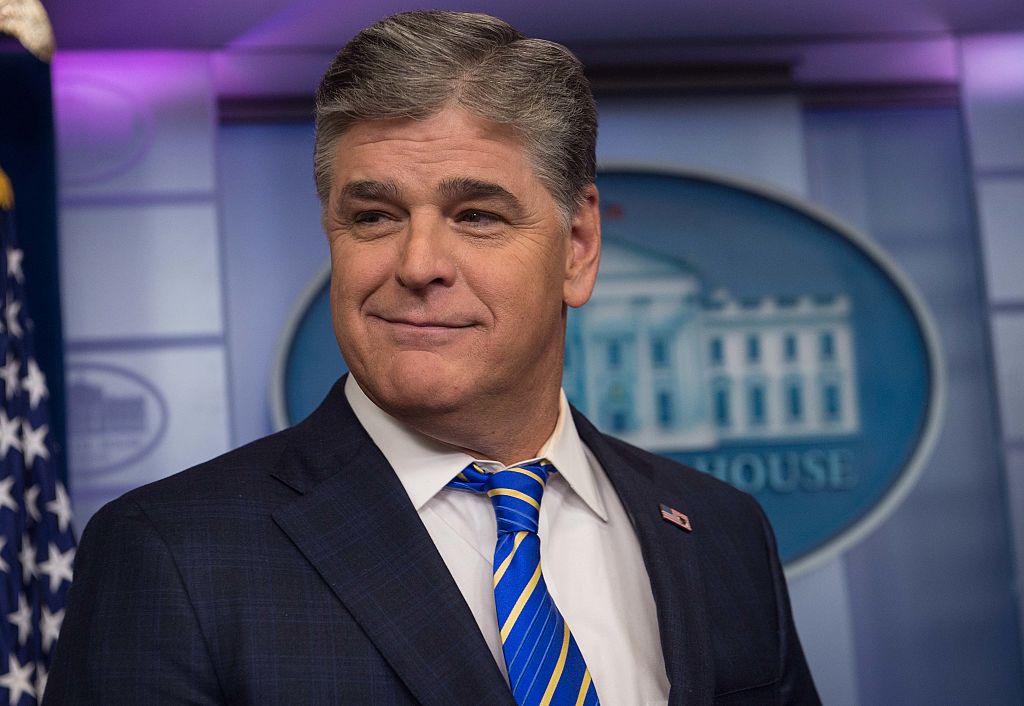 According to heavy., Sean Hannity is worth $80 million. As a Fox News host, he made $36 million from June 2016 to June 2017. Hannity does broadcast and radio shows — his radio program is the second most-listened to in the U.S.

In addition, Hannity is the most-watched cable news program in the U.S. — it averaged 3.2 million viewers in the first quarter of 2018, a significant spike from 1.8 million in early 2016. Rumor has it that Hannity signed a five-year, $100 million contract with Citadel Communications in 2008 and a five-year extension of his contract with ABC Radio in 2004.

2. He does more than a TV and radio show 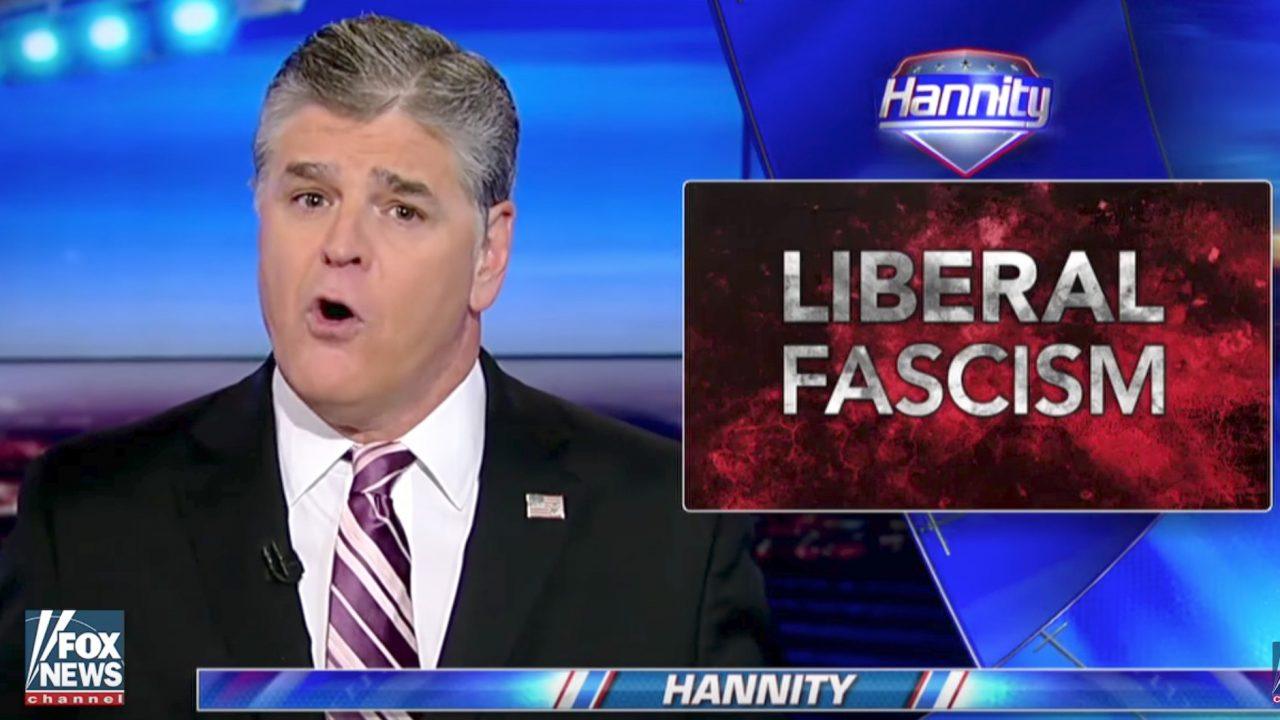 Hannity has written books and produced movies too — generally about the “evils” of liberalism. | Fox News

Hannity also served as executive producer on a movie — released in 2017 — called Let There be Light, in which he also plays himself. The movie explores the life of an atheist who converts to Christianity, and GQ said it is “beyond parody” and “just the latest in a long line of offensively disingenuous propaganda movies that look to position white, conservative Christians as victims of persecution.”

3. He got fired from his first radio job 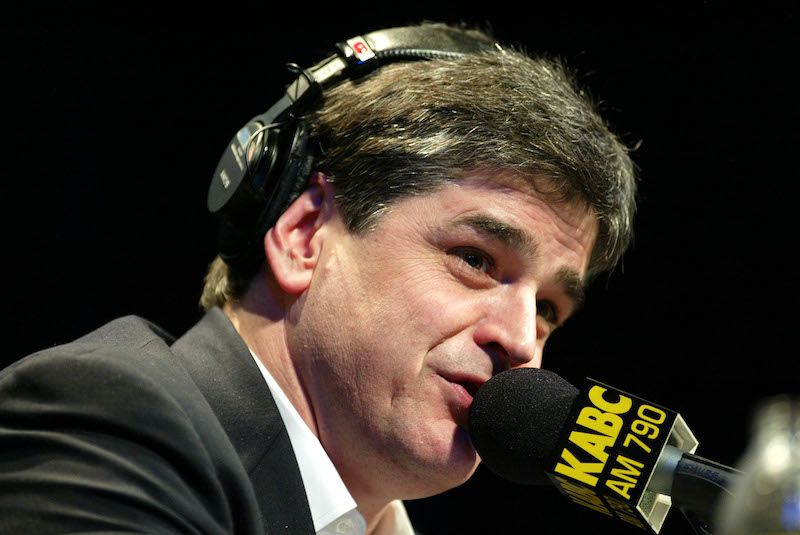 Hannity never graduated college, according to heavy. He went to New York University and Adelphi University but did not get his degree. He got his first radio show in Santa Barbara, California, at KCSB FM but was promptly fired after he made homophobic comments during the show. In 2002, Hannity interviewed with People and said, “I was terrible. But I was born opinionated. I was a news junkie. Once I got behind the mike, that was the only place I wanted to be.”

4. He owns some impressive real estate 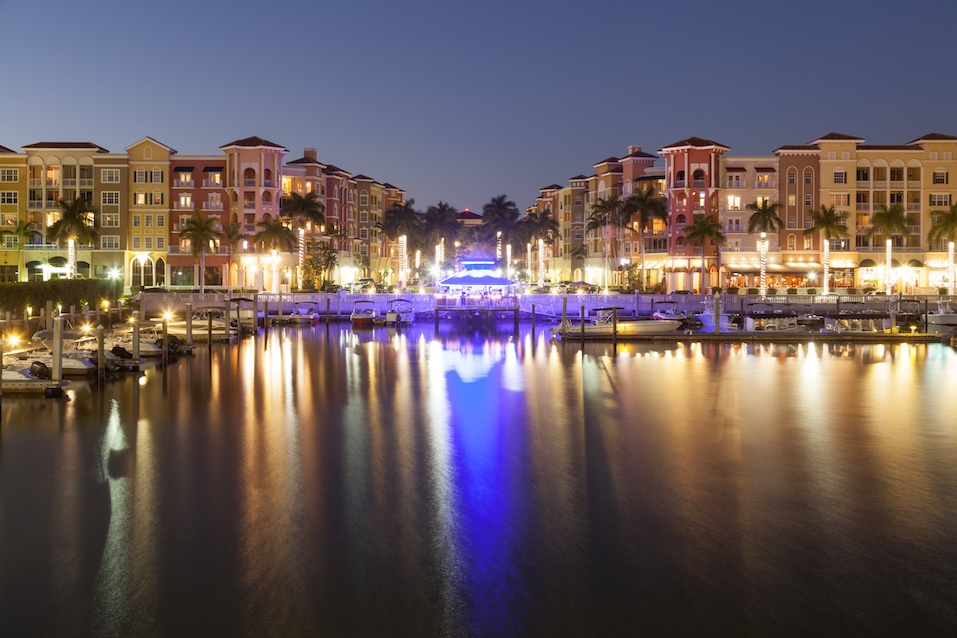 Hannity has an impressive home in Naples, Florida. | typhoonski/Getty Images

Hannity owns a $3.4 million home in Long Island, New York, and a $5 million Florida beachfront penthouse condo on Moraya Bay in Naples, Florida. The Florida condo is a gated property described as “a 5-star resort where residents are pampered with unmatched personal services and posh amenities.”

Those amenities, according to heavy., include 24-hour security, a fitness center, bars and lounges, a waterfront restaurant, concierge service, poolside service, and a private, “sugar sand beach exclusively for residents of Moraya Bay.”

5. He shares more with Trump than admiration 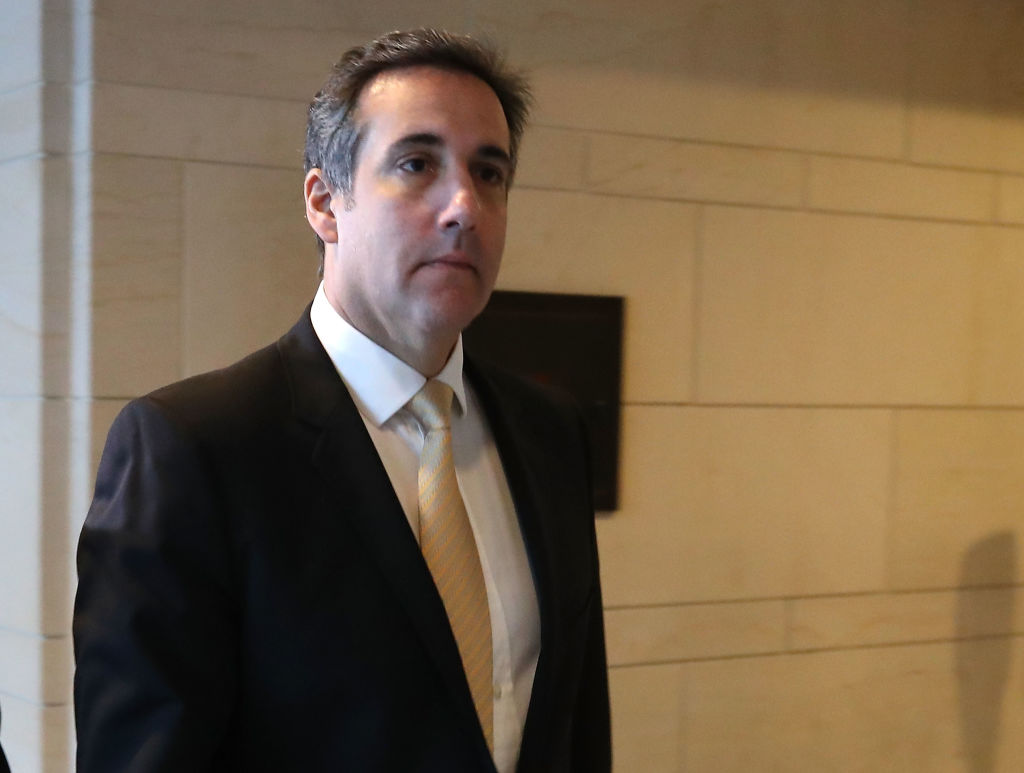 Hannity is a client of Michael Cohen. | Mark Wilson/Getty Images

Sean Hannity has been a rabid supporter of President Trump and gave advice to him and his advisers during the 2016 presidential campaign. Today, Hannity dines with Trump at the White House and at his beloved “winter White House,” Mar-a-Lago, according to The New York Times. But Hannity is even more closely aligned with the president, it turns out.

During a hearing at Lower Manhattan courtroom in April 2018, he was named as a client of Mr. Trump’s personal lawyer and Stormy Daniels fixer, Michael D. Cohen. And he is now in special counsel Robert S. Mueller III’s orbit as well as the United States attorney’s office in Manhattan, which has only provided fodder Hannity’s cable and radio shows.

6. How his secret was exposed 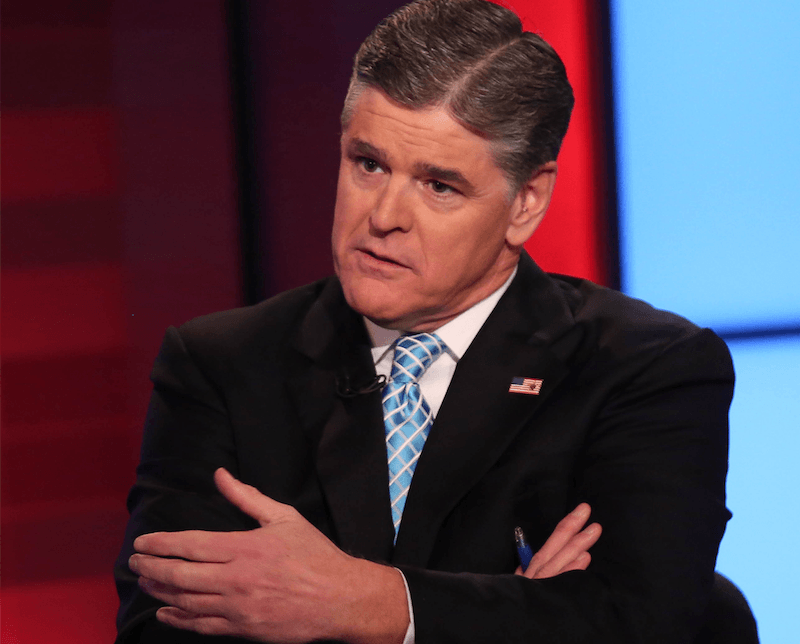 He was outed as Cohen’s client in the courtroom. | Rob Kim/Stringer

The courtroom shocker about Hannity happened when the New York feds expanded their criminal investigation into Cohen by raiding his Cohen’s home, office and hotel room on April 9, 2018.

Cohen said that since 2017, he had served as attorney for 10 clients, seven of whom he provided “strategic advice and business consulting.” That left three clients, Donald Trump, Republican fundraiser Elliott Broidy, and another who was not named, according to The New York Times.

When United States District Court for the Southern District of New York judge Kimba M. Wood, ordered that Stephen Ryan — Cohen’s lawyer — to name the third client, he did. It turned out to be Sean Hannity. The courtroom was abuzz — and several people audibly gasped at the news. Fox News declined to comment. 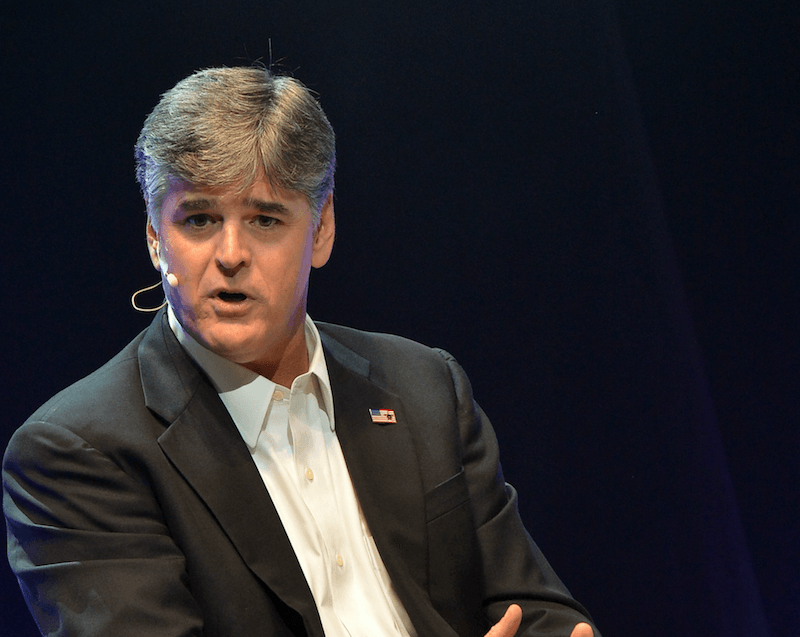 Sean Hannity denied that he one of Cohen’s clients, according to The New York Times, and said he had talked to Cohen about real estate but never paid him for his services. Hannity took to Twitter, writing, “Michael Cohen has never represented me in any matter. I never retained him, received an invoice, or paid legal fees. I have occasionally had brief discussions with him about legal questions about which I wanted his input and perspective.”

He followed up with another tweet: “I assumed those conversations were confidential, but to be absolutely clear they never involved any matter between me and a third-party.” Fox News declined to comment.

Next: Cohen’s lawyers fire back 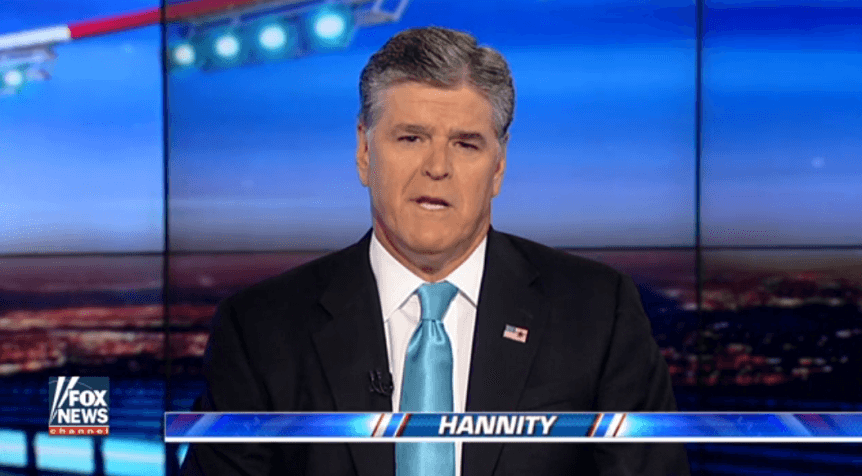 Hannity called the connection between he and Cohen “absolutely insane.” | Fox News

Cohen’s lawyers argued to appoint a “special master” to examine the records the feds had seized during their raid on April 9, 2018. The purpose of the special master was to determine the exact nature of Cohen’s work for Hannity is unclear.

On his prime time, Monday night show, Hannity talked about not telling his network about his link to Cohen. “My discussions with Michael Cohen never rose to any level that I needed to tell anyone that I was asking him questions,” said Hannity. He also announced “to all you liberals in the media and across America” who do not normally tune into his show, that his link to Cohen was “absolutely insane.”