These Famous March Madness Players All Have Regular Jobs Now 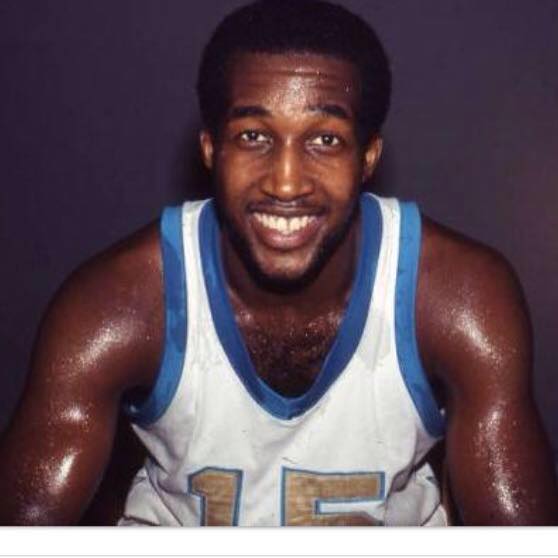 He had a short professional career. | The Point Guard Academy by Butch Lee via Facebook

Butch Lee guided Marquette to its first title and was the Most Outstanding Player in the 1977 NCAA tournament. He enjoyed a short professional career, but these days he owns Butch Lee’s Sign-A-Rama in his native Puerto Rico. He gets his basketball fix running the Point Guard Academy.

Next: A famous March Madness player is back where he gained his fame. 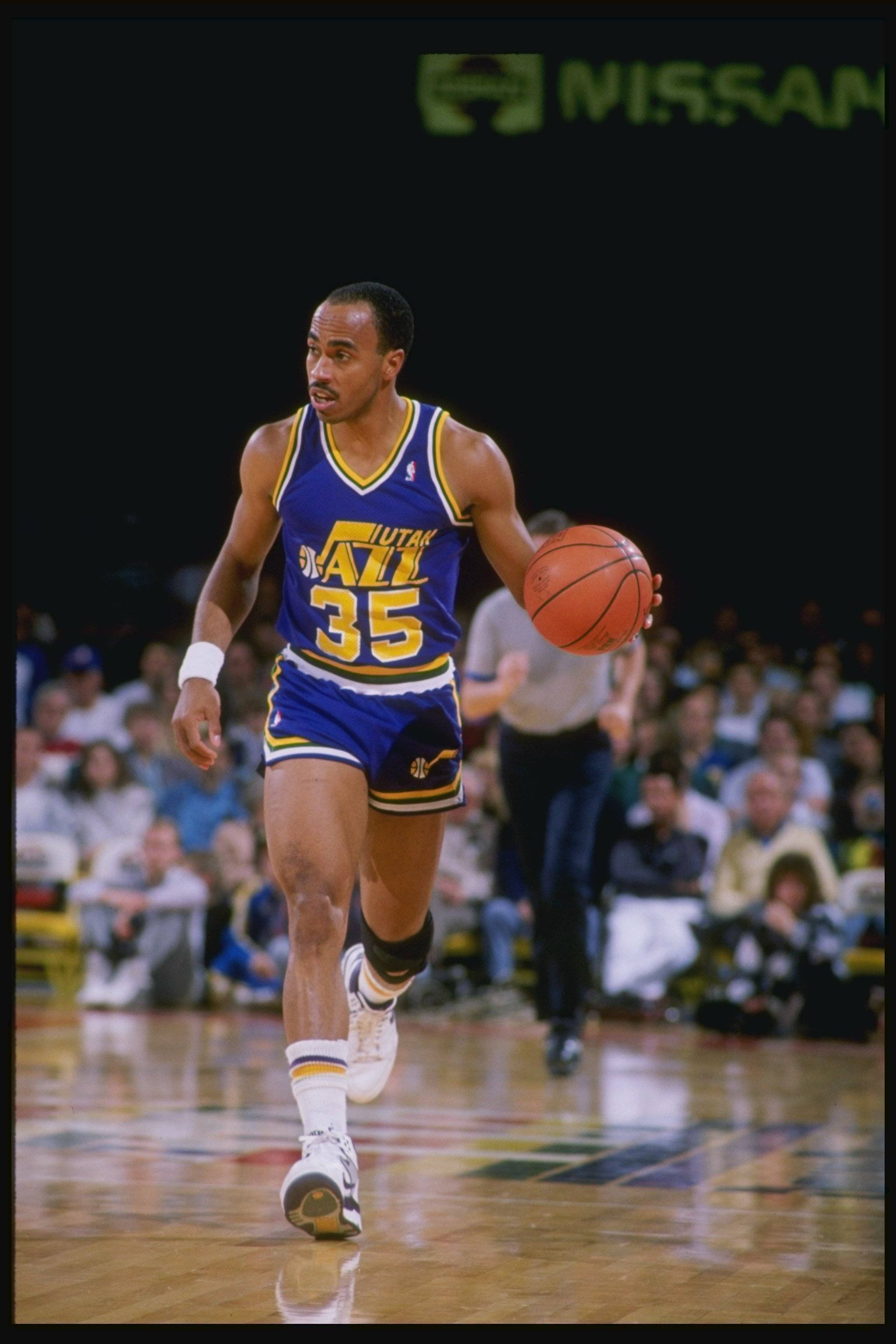 He has his own restaurant in Louisville. | Tim de Frisco/Allsport/Getty Images

Darrell Griffith is one of a few Louisville players we’ll see on this list, including another in just a minute. The Most Outstanding Player in 1980 made his name in a Louisville uniform, and he remains a major presence in town. He owns Griff’s restaurant, and he is a special assistant for University of Louisville’s president.

Next: An NBA disappointment checks in.

He was disappointing in the NBA, but was huge in college. | Tim de Frisco/Getty Images

The man nicknamed Never Nervous Pervis is one of the most disappointing No. 1 picks in NBA history, but he is also one of the most famous March Madness players ever. After taking Louisville to the 1986 title and playing for a short time in the NBA, Ellison coaches boys basketball at Life Center Academy in New Jersey.

Next: Back on his feet after bankruptcy. 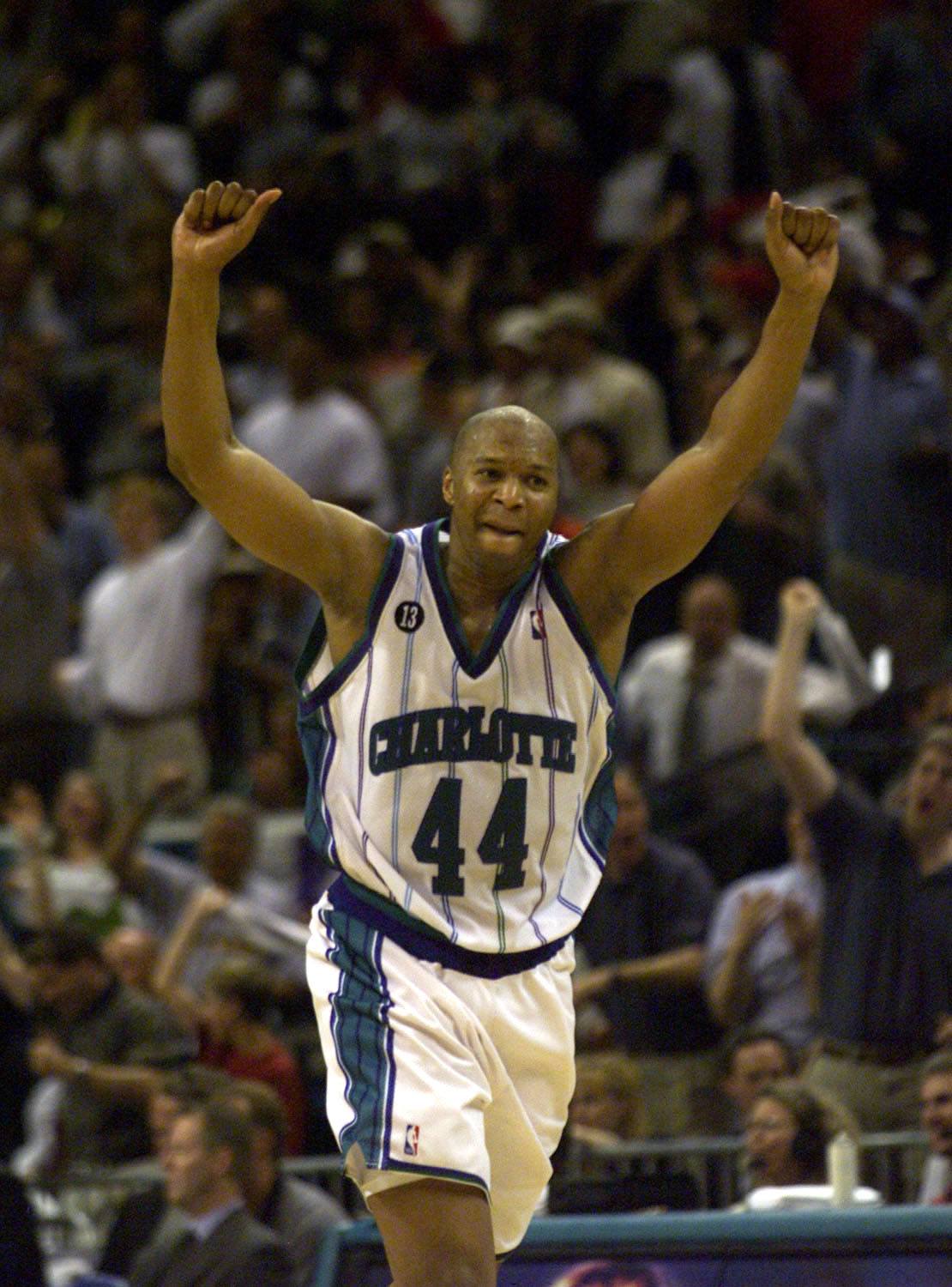 He went on to play pro for a while. | Craig Jones/Allsport/Getty Images

He left Syracuse in 1990, but in 1987 Derrick Coleman was a starter on a team that played for the national title. He earned millions during a prolonged NBA career, but some bad money moves cost him everything. Still, Coleman found a way to get back on his feet and is something of a humanitarian in his native Michigan. He provided clean water to Flint residents during the water crisis, and he also runs the DC Elite AAU basketball team.

Next: A remarkable story for one of the most famous March Madness players ever. 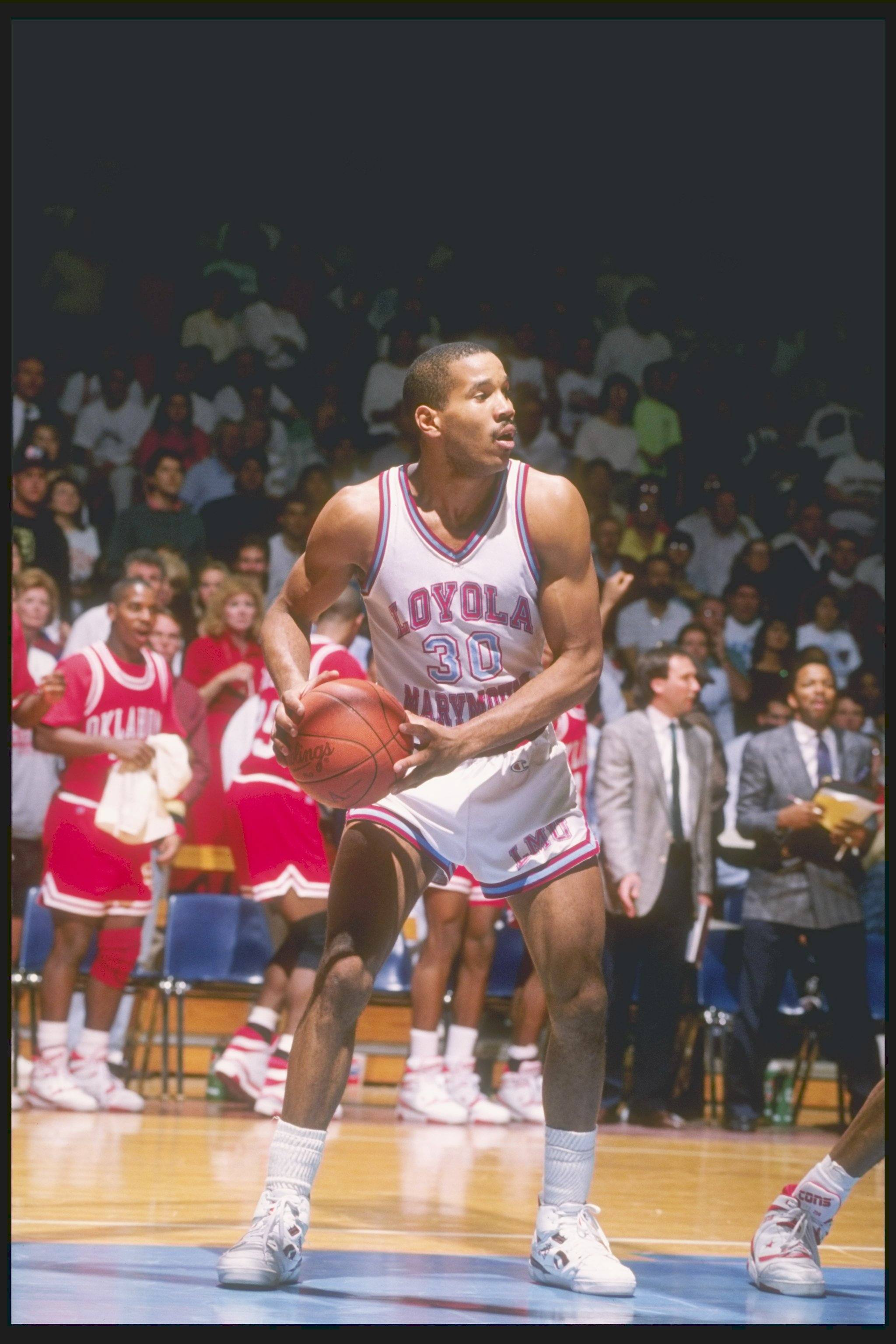 He founded a nonprofit and is a business consultant. | Mike Powell/Allsport/Getty Images

Bo Kimble helped Loyola Marymount to the Elite Eight in 1990, and it was a remarkable story. After his teammate Hank Gathers died on the court, the right-handed Kimble shot the first free throw of each game left-handed in honor of his teammate. These days, he’s a business consultant and the founder of the nonprofit 44 For Life Foundation.

Next: Basketball fans have a love-hate relationship with this player.

Christian Laettner was an excellent player at Duke, but he has a regular job now. | Getty Images

The man responsible for one of the most memorable shots in college basketball history has a lot on his plate. The two-time NCAA champion’s LinkedIn profile lists him as the founder of the Christian Laettner Basketball Academy, but he is also a real estate investor. He sold his stake in a commercial property in 2016 to avoid filing for bankruptcy.

Next: Quietly remaining in the basketball world. 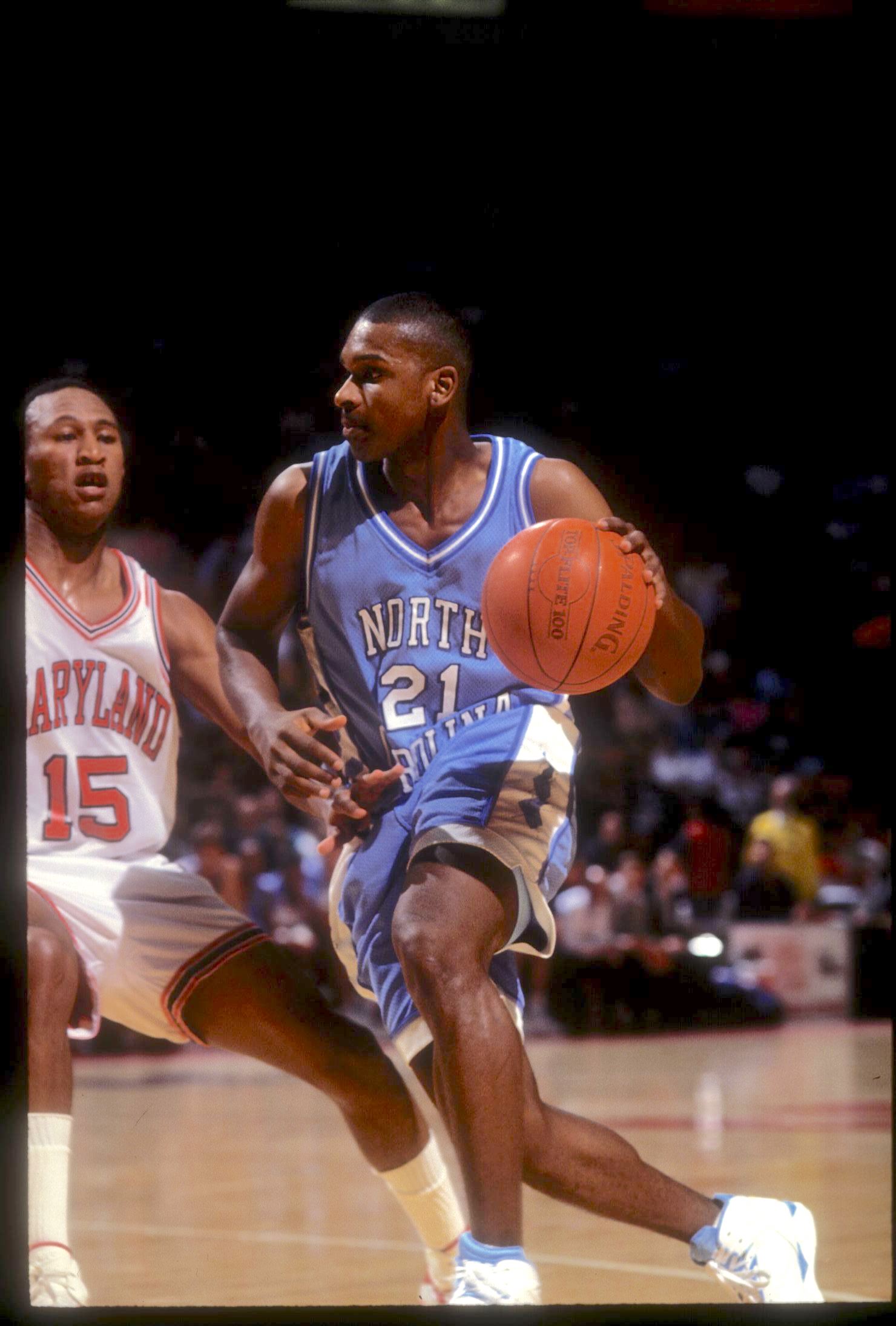 He never made it to the NBA. | Doug Pensinger/Getty Images

Donald Williams earned Most Outstanding Player honors in 1993 for leading North Carolina to a championship. He played overseas and never made it to the NBA, but he’s still involved with basketball. He was an assistant coach for his high school team before becoming a girls basketball coach at Wakefield High School in North Carolina.

Next: A former champion now writes his story. 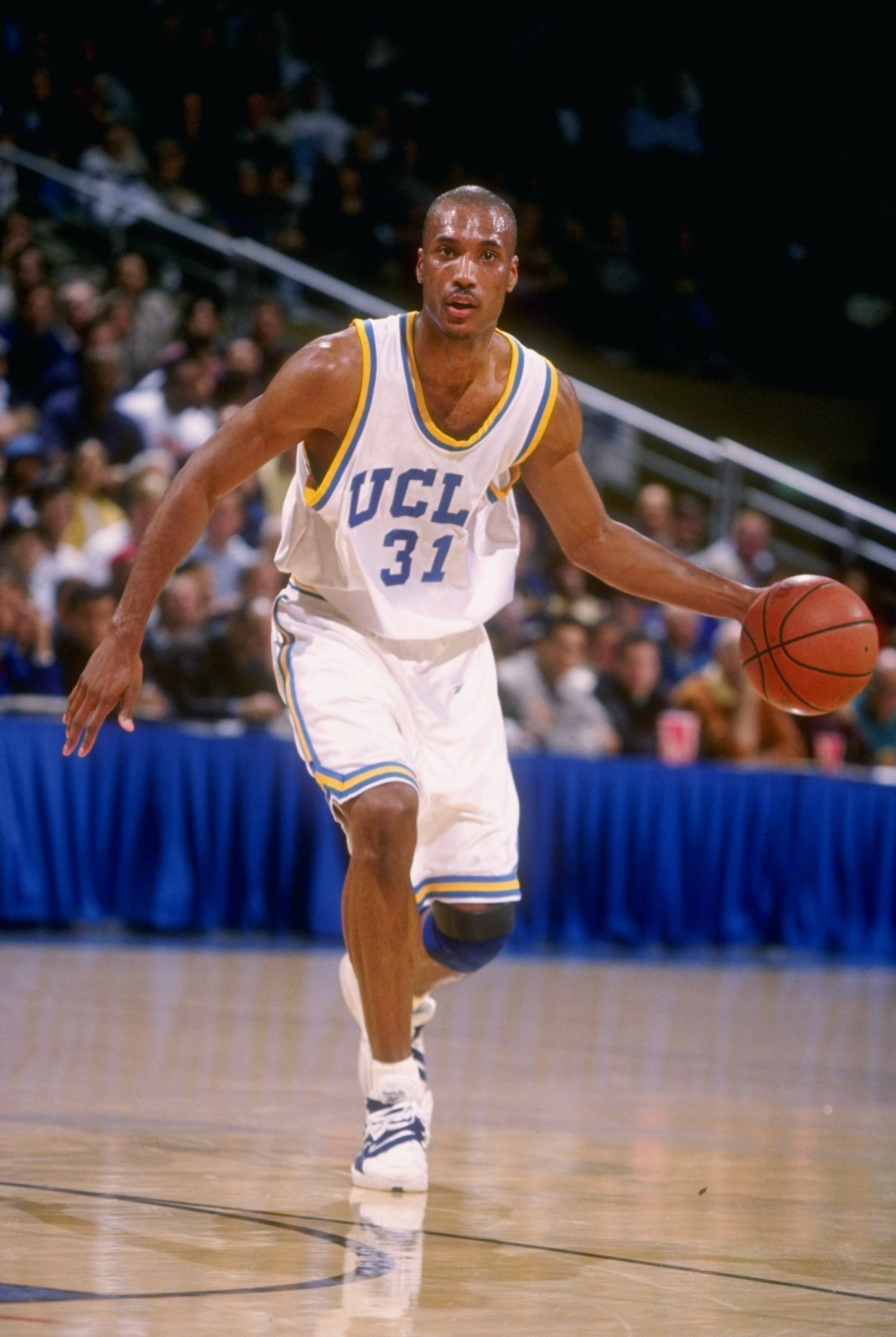 He is fighting for the rights of college athletes. | Al Bello/Getty Images

As the Most Outstanding Player in 1995, Ed O’Bannon led UCLA to its first championship in 20 years. He spends his day as a car dealer, but he is also an author. His book, Court Justice, is the in-depth story of his lawsuit against the NCAA centering on image and likeness rights for former athletes.

Next: Our next famous March Madness player has a wealth of championship experience. 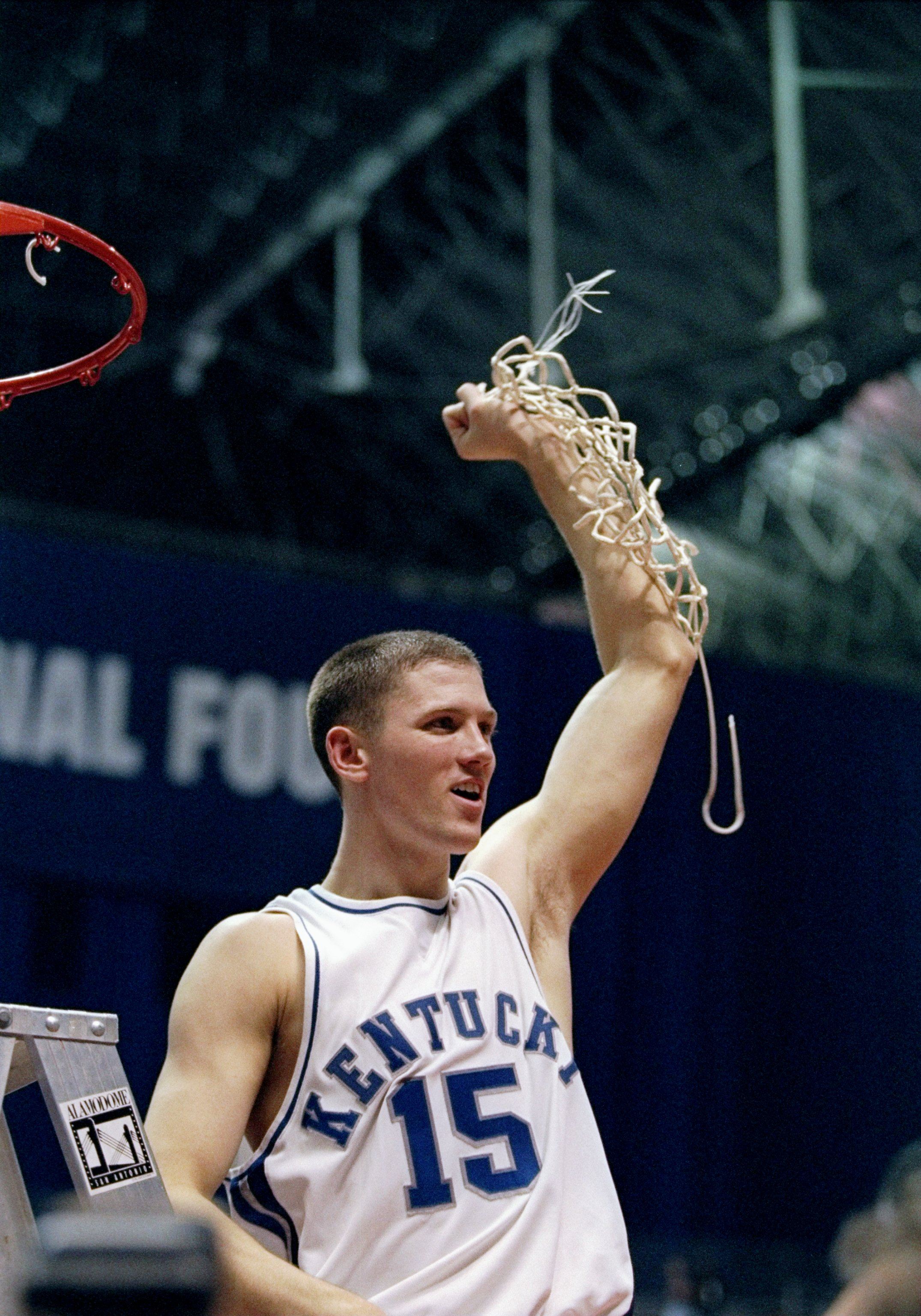 Jeff Sheppard won two national championships at Kentucky, one in 1996 and the next in 1998 when he was the tournament’s Most Outstanding Player. After a short professional career, he moved back to Kentucky and works as the VP of financial services at Family Wealth Group.

Next: Succeeding in his second act. 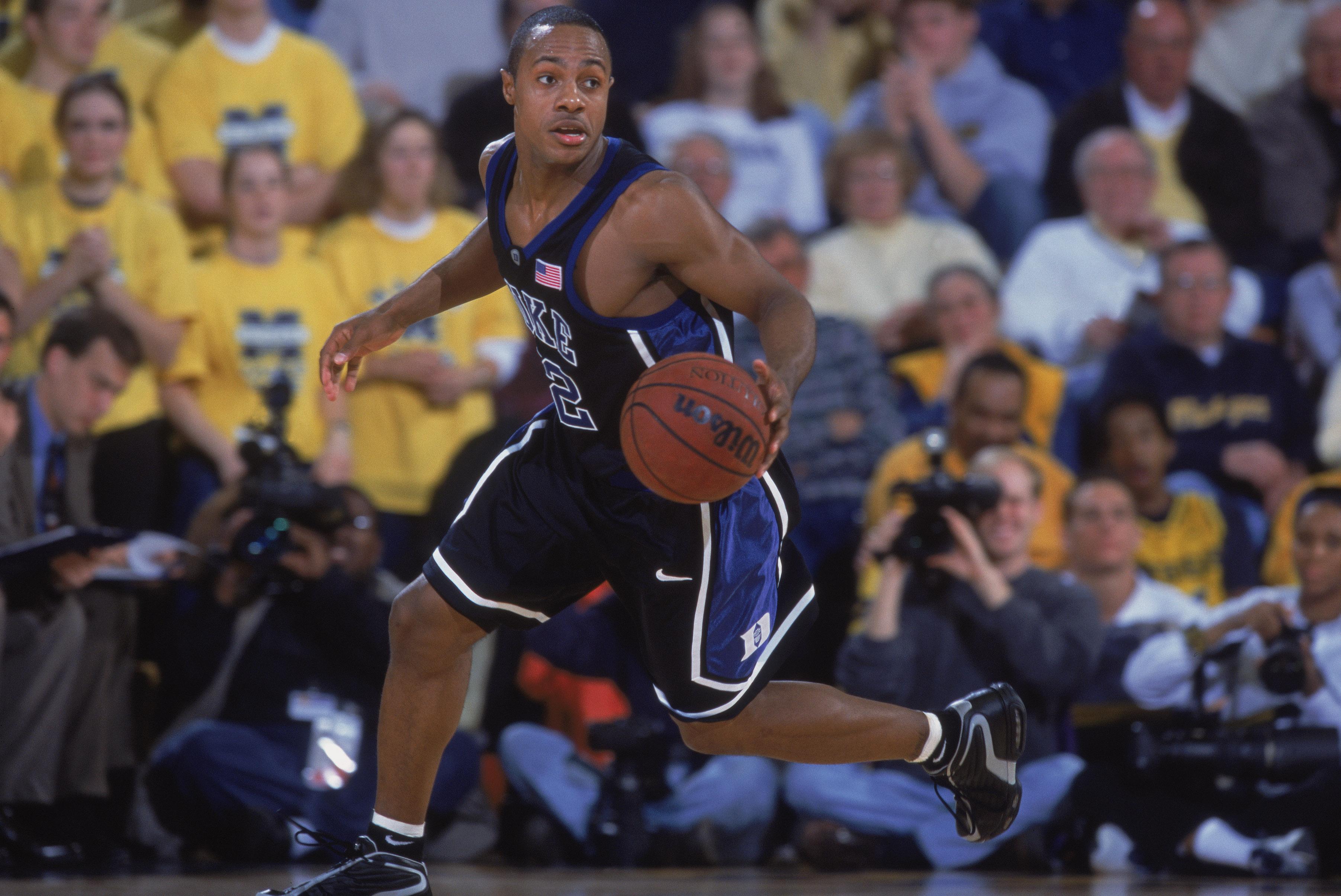 Jay Williams was one of the most famous March Madness players ever before injury cut short his NBA career. | Danny Moloshok/Allsport/Getty Images

Before an injury ended his NBA career too soon, Jay Williams played on Duke’s 2001 championship and guided the Blue Devils to the Elite Eight as a junior in 2002. He is definitely one of the most famous March Madness players of all time. A motorcycle accident ended his basketball career, but he’s succeeding in his second act a basketball analyst and author.

Next: Being busy is a way of life. 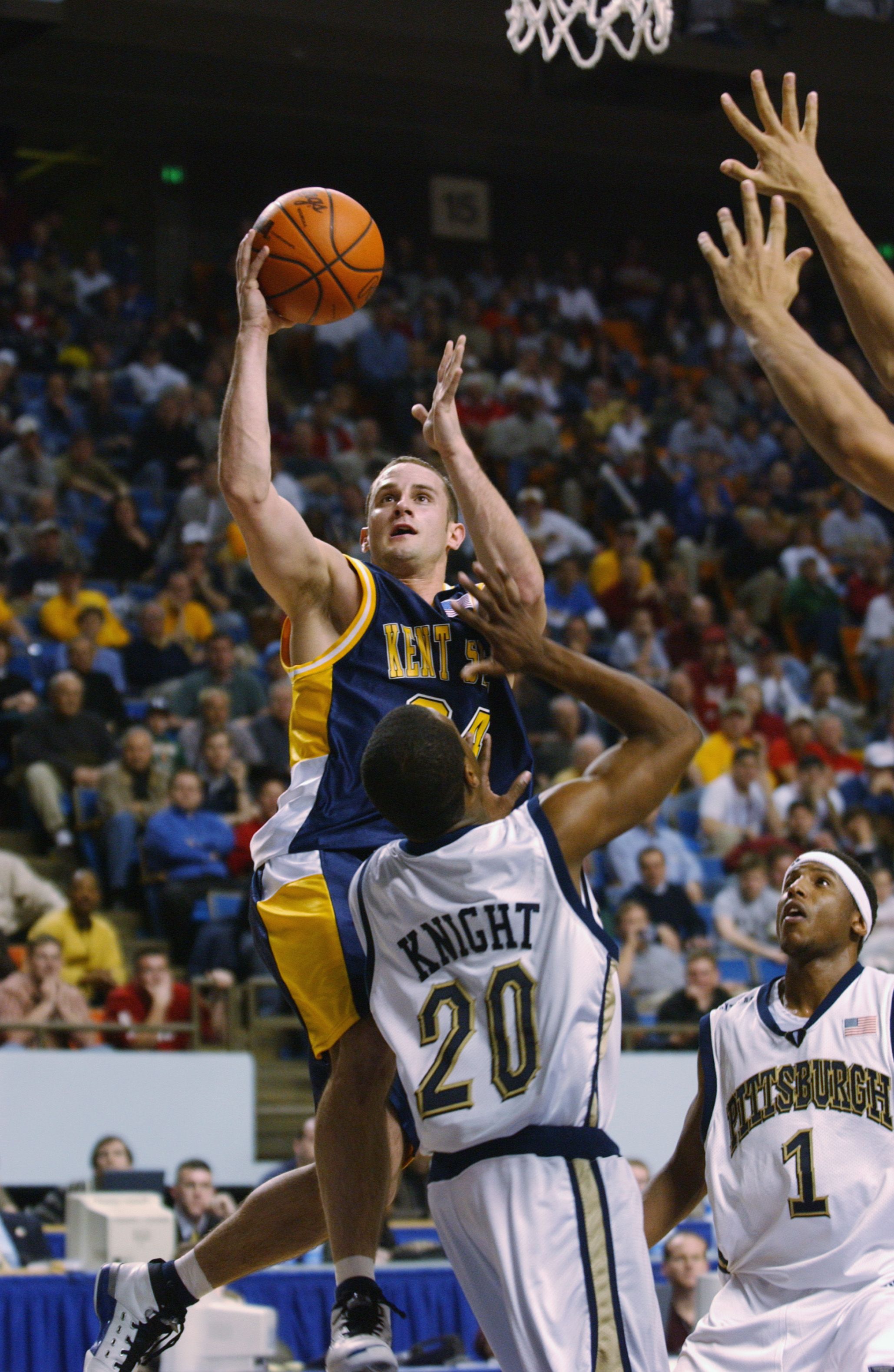 He has had several different jobs since then. | Doug Pensinger/Getty Images

Trevor Huffman made the NCAA all-region team in 2002 as he and future NFL Hall of Fame player Antonio Gates took Kent State to the Elite Eight. Huffman stayed busy on the court that season by playing in all 36 games, and he’s been busy ever since. His LinkedIn profile lists a number of jobs, including online research analyst at Amazon, real estate management, and coach and co-owner at HoopsLink.

Next: He took his team on two deep NCAA tournament runs. 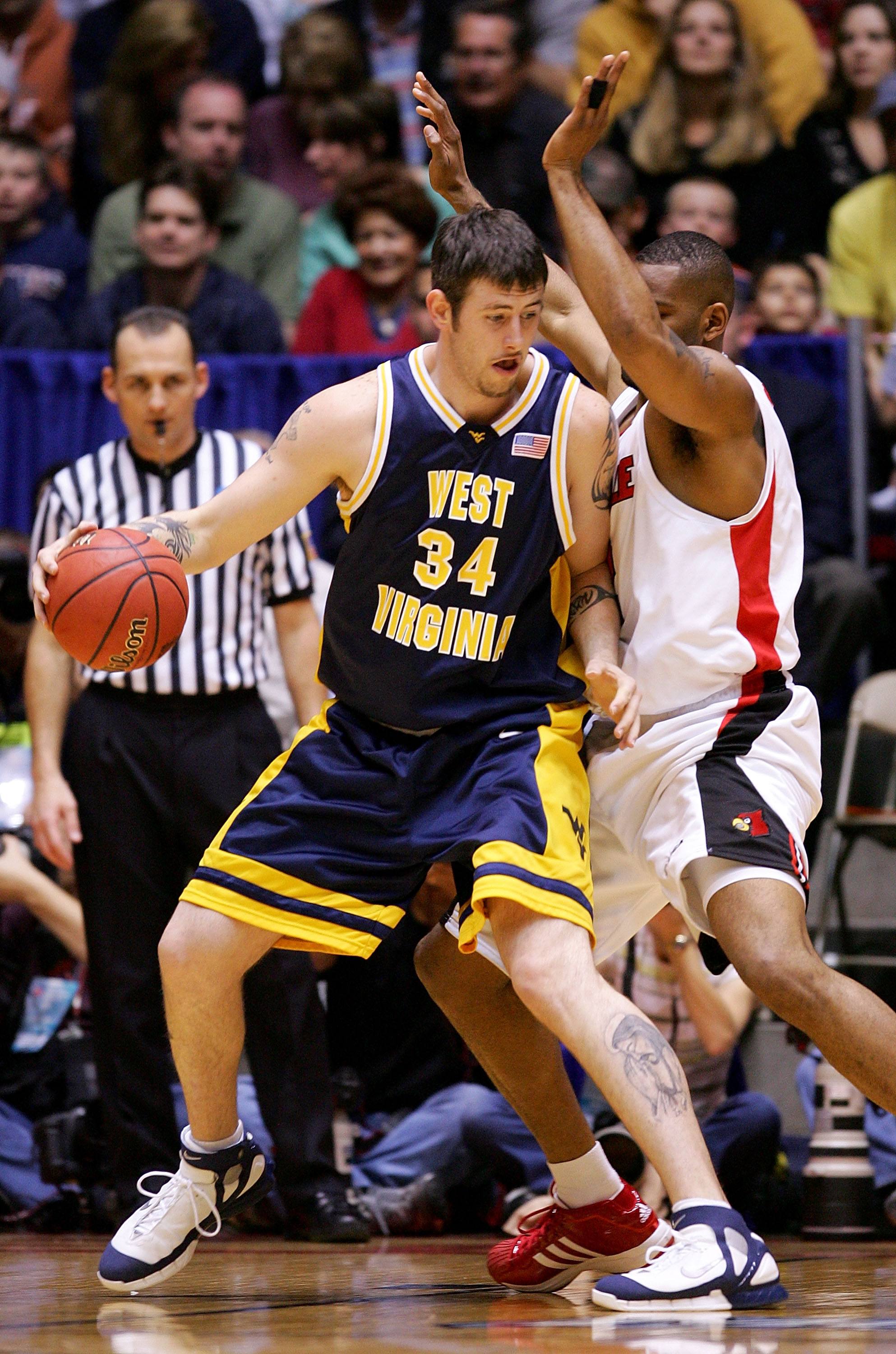 He is now a special education teacher. | Elsa/Getty Images

As the centerpiece of West Virginia teams that advanced to the Elite Eight in 2005 and the Sweet 16 in 2006, Kevin Pittsnogle is one of the most famous March Madness players from recent years. He enjoyed a short professional career in low-level leagues and is a high school special education teacher in Martinsburg, West Virginia.

Next: He’s not crying anymore. 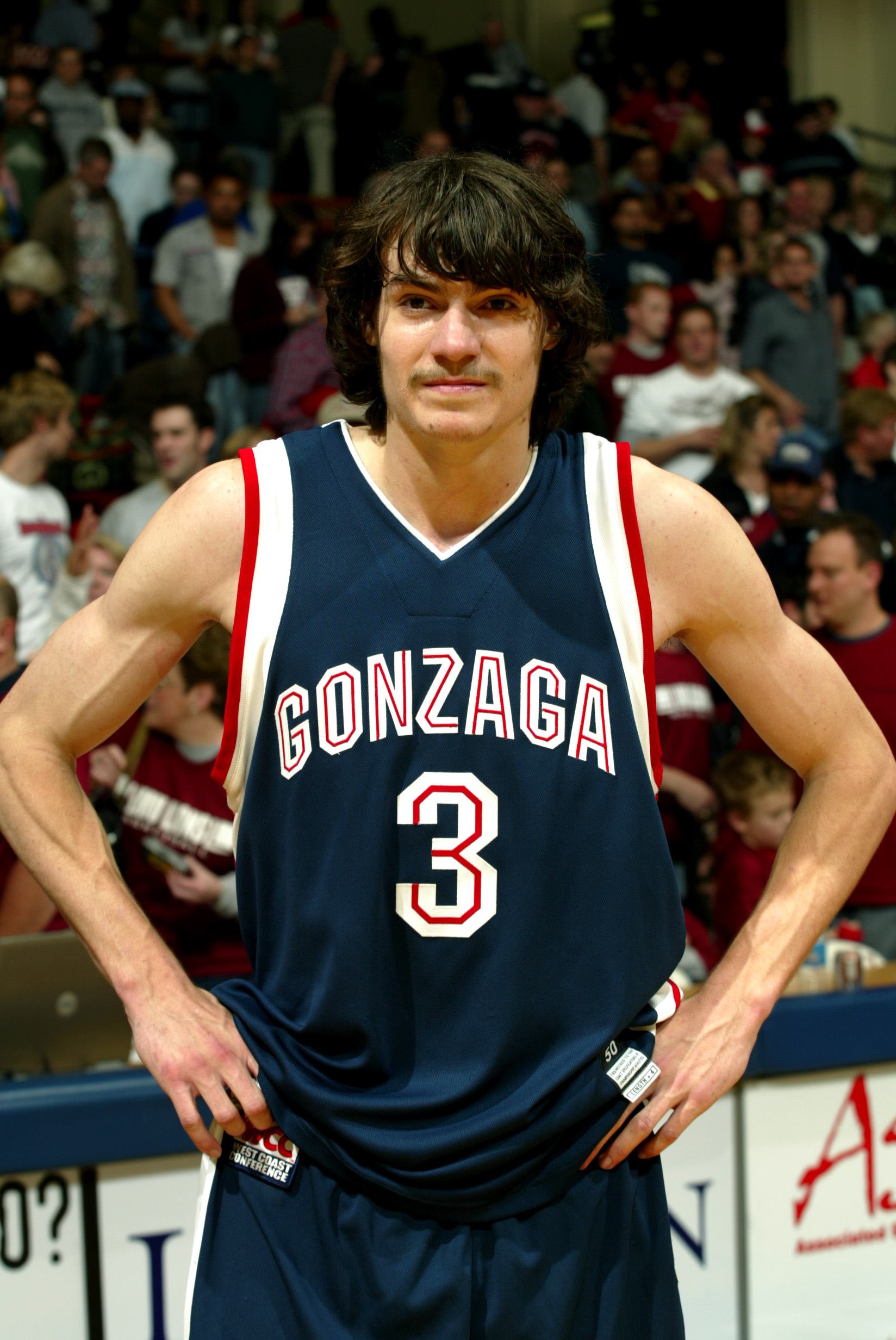 He laughed all the way to the bank. | Jeff Golden/Getty Images

Adam Morrison will always be remembered for crying on the court when UCLA’s comeback win knocked Gonzaga out in the 2006 Sweet 16, but he’s not crying anymore. Even though his NBA career was forgettable, he made enough money to retire and stay at home raising his kids, according to a BleacherReport profile.

Next: A two-time champ is one of the most famous March Madness players of his era. 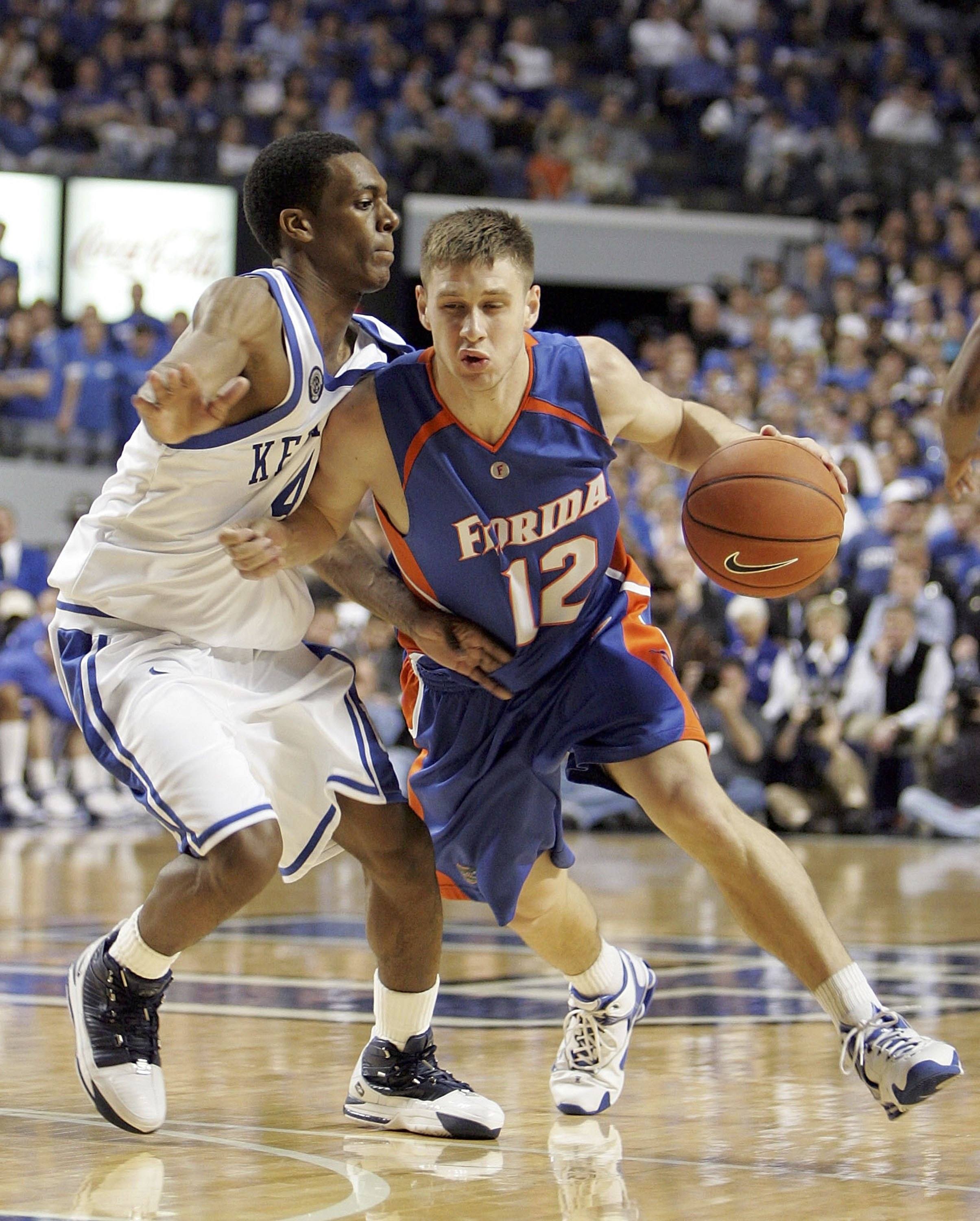 He went on to earn his M.B.A. and went into consulting. | Andy Lyons/Getty Images

Lee Humphrey’s sharpshooting helped Florida win NCAA titles in 2006 and 2007. He’s not as notable as former teammates such as Al Horford and Joakim Noah, but he is one of the most famous March Madness players of his era. He enjoyed an overseas career before earning an M.B.A., starting his own basketball consulting business, and serving as operations manager for Pontoon Solutions.

Next: Be honest — you probably forgot about this guy. 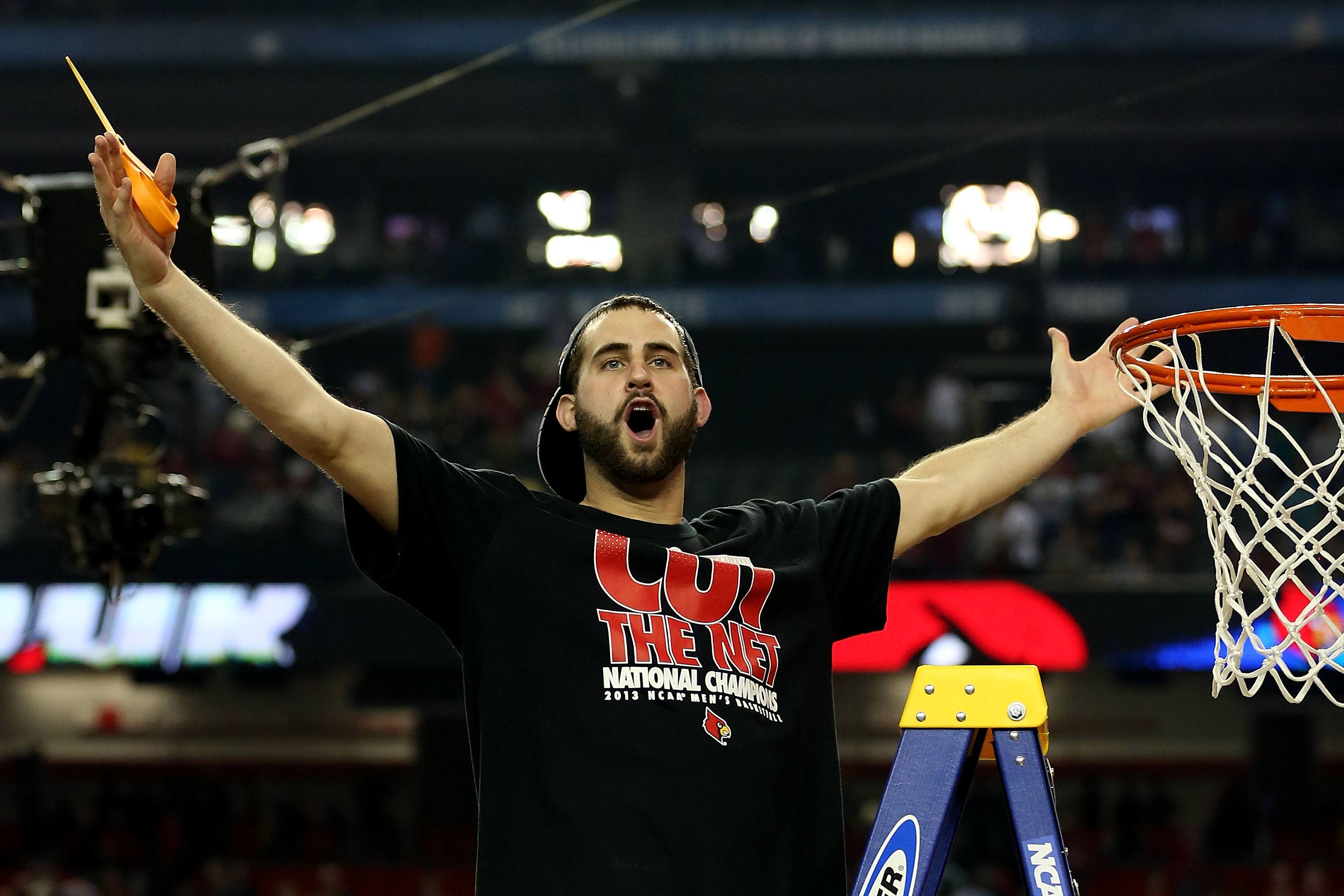 His professional career was not quite as impressive as college. | Streeter Lecka/Getty Images

It’s OK to be honest and admit you probably forgot about Luke Hancock. Even though he was the Most Outstanding Player for Louisville’s 2013 tournament-winning team, Luke Hancock’s professional career lasted part of one season in Greece. After that one season, Hancock studied to become a financial advisor and that’s what he’s done since 2015.

Read more: Need a Job? Then You Have To Go To These U.S. Cities