Fatburger CEO: Why Nobody Wins With $15 Minimum Wage 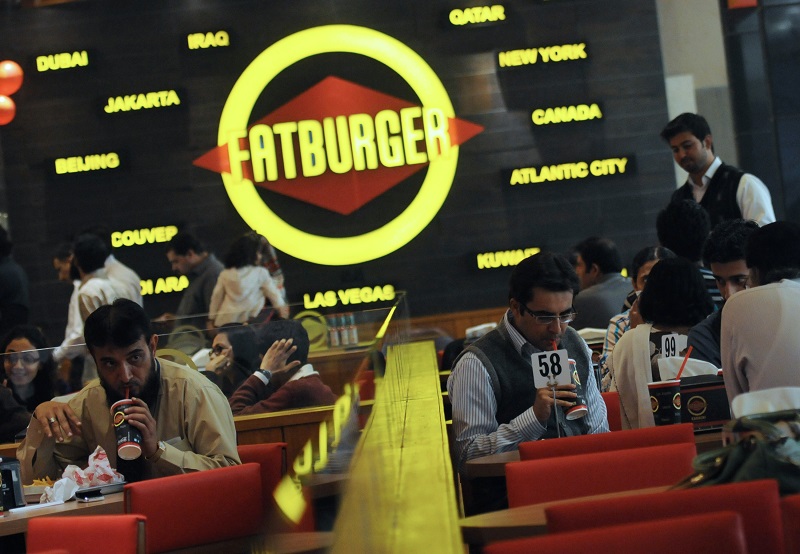 The calls for increases to the minimum wage have only been amplified by the coming of the 2016 presidential election. Already having gained some serious steam with bumps to $15 per hour in cities like Seattle, San Francisco, and Los Angeles, minimum wage advocates have never had more momentum on their side — at least not in the common era.

The minimum wage is earned by a relatively small number of Americans — just 4.7% of all hourly workers, and hourly workers make up 59% of all U.S. workers. Yet, for something that doesn’t have a direct impact on the majority of people, the minimum wage has become a hot topic. As minimum wage workers have pushed for $15 per hour, the warnings from economists and analysts have pushed back, with grim forecasts for low-income and unskilled workers if the $15 wage floor were to be enacted.

We haven’t seen anything happen yet, despite inaccurate claims, but that doesn’t mean the consequences aren’t coming. And according to one CEO, the fallout won’t have positive net gains for anyone at all.

Andy Wiederhorn, CEO of the Fatburger restaurant chain, says increasing the minimum wage to $15 per hour will not only hurt workers, in some respects, but also come back to hit consumers in the form of higher prices.

“A restaurant operator makes somewhere between 5-15%, and maybe a spectacular location will do 25%,” Wiederhorn told The Cheat Sheet in an interview, referring to the eventual profits restaurant owners and franchisees bring in, after expenses. “You can’t absorb a 50% increase in your cost of labor out of that 5-15%. You’ll lose money. So, you have to raise prices.”

The bump in prices may not come as a shock to most people, who expected as much following such a drastic increase in labor costs for businesses. But what has remained unclear is exactly how much prices would go up. According to Wiederhorn, it’s going to be more than most people are comfortable with.

If you increase your prices 15%, that would just cover the cost of the minimum wage increase,” he said. “Really, you have to raise your prices 25-30%.”

A price bump of 25% is definitely going to have some people rethinking their consumption choices, especially when they’re looking for relatively inexpensive and quick options for eating out. For example, it’s probably fair to surmise that McDonald’s locations in $15 minimum wage cities will not feature the company’s famous Dollar Menu — it wouldn’t be cost-effective for restaurant operators.

Wiederhorn says that such an enormous spike in the minimum wage will actually come back to hurt consumers, who may not be aware of how big of an impact the legislative measures have on businesses. For example, Wiedehorn says if a $15 minimum wage goes into effect in one city, a restaurant like Fatburger may increase prices to absorb the additional labor costs. But the burger joint across the street may not — and as a result, attract more customers with its lower prices.

But at those lower prices, the restaurateur is likely losing money, and will need to raise prices or go out of business. If he goes under, then there’s only one restaurant left: Fatburger, with higher-priced options. And in the meantime, Fatburger will have suffered from less patronage, and had to cut back on staff as a result.

And at the end of all of that, customers still end up paying more. In Wiederhorn’s view, this is a lose-lose for everyone — both businesses and consumers.

That’s a legitimate concern, and though we have yet to see the full $15 minimum wage increase implemented in full in any U.S. city, the truth is we don’t know what exactly will happen as a result. Though Widerhorn estimates a price increase of between 20-30%, some researchers have pegged the projected increases at a much lower number, 4.3%, per a Purdue University study. And that’s not to mention what will happen to tipping as food prices go up. Some restaurants, anticipating consumer gripes, have already put a stop to it.

But it will vary wildly from business to business, and industry to industry.

Widerhorn has some very clear concerns for Fatburger, and the multitude of other restaurants, as workers’ groups and others push for $15 minimum wages in more and more cities. We’ll have to wait to see if Widerhorn’s visions are on point, but in the meantime, get prepared to pay more for a burger and fries.