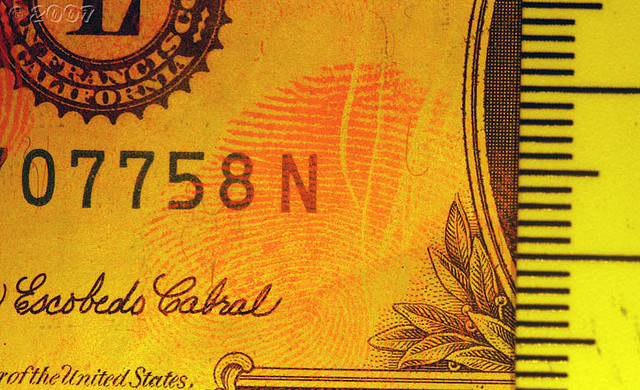 The U.S. Treasury reported on Monday that the federal government actually managed to run a budget surplus in December. Total outlays fell 15 percent on the month to $230 billion, while receipts increased 5 percent to $283.2 billion, yielding a surplus of $53.2 billion for the month, the highest ever recorded for December.

This year to date, total outlays are down 7.7 percent at $838.2 billion, and receipts are up 7.9 percent, yielding a cumulative deficit of $173.6 billion, down 40.8 percent compared to the same period last year (keep in mind that the government starts its fiscal year in October).

Like a lot of the news coming from Washington recently, the announcement is good but not great. Part of December’s surplus can be attributed to an acceleration of some outlays for military active duty and retirement, veterans’ benefits, Supplemental Security Income, and Medicare payments to health maintenance organizations and prescription drug plans. These payments were due on January 1 but were bumped to the end of December due to the New Year’s holiday.

December receipts were also buoyed by a $40 billion windfall from Freddie Mac and Fannie Mae, which together took about $187.5 billion in aid from the government since 2008, when they were taken into conservatorship.

The deficit will play a key role in the coming debt ceiling debate. Congress has less than one month before the statutory spending limit expires on February 7, and while hopes are high that policymakers will engage in good-faith negotiations and reach a competent solution, expectations are low.

“I doubt if the House, or for that matter, the Senate, is willing to give the president a clean debt ceiling increase,” Senate Minority Leader Mitch McConnell (R-Ky.) said in December. McConnell is up for reelection in 2014 and appears to be facing some pressure from the far right of the Republican Party. Some observers are expecting him to champion the conservative position in the debate — chiefly, that the debate should be used to seek concessions on government spending from President Barack Obama and Democrats in Congress.

“Every time the president asks us to raise the debt ceiling is a good time to achieve something significant for the country,” McConnell said last month. “I think the debt ceiling legislation is a time that brings us all together and gets the president’s attention, which with this president, particularly when it comes to reducing spending, has been a bit of a challenge.”

The president, for his part, has reiterated that the debt ceiling is not a negotiating tool.