Finally, a Plan to Deal With Corporate Tax Avoidance

What do companies like Burger King and Google have in common? Probably not a whole lot at first glance, but both are actively employing strategies to avoid paying their fair share of taxes to the U.S. government. They’re certainly not alone, as tax avoidance has cost the United States roughly $3 trillion over the past decade. But there are plans in the works to put an end to it.

Corporate tax evasion has been a hot topic over the past couple of years in the United States, but it’s not strictly limited to North America. Companies have been using a variety of tactics to dodge their tax responsibilities all over the world. The United Kingdom, for example, has also missed out on a substantial chunk of revenue from tax cheats. Australia, as well. It’s an issue that is plaguing governments the world over, and little has been done to combat it.

Naturally, it’s in a company’s best interest to lower its respective tax bills to the smallest amount possible. It’s not hard to see the logic behind it, as many individuals do the same thing through accounting tactics and strategic holdings. 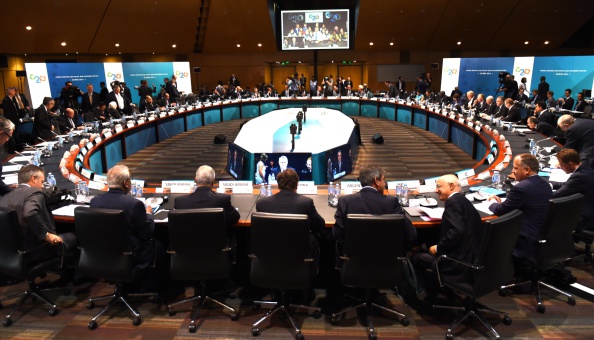 While many people actually sympathize with a number of companies over tax issues, the idea that these big businesses — many of which receive huge amounts of money in subsidies — are willing and able to avoid paying taxes is angering to many. One popular argument takes aim at the corporate tax structure itself, which is in desperate need of reform.

The corporate tax rate in the United States is high, at 39.1 percent. The issue is that companies rarely, if ever, pay that rate. The U.S. also has more deductions available to corporations than any other country, as well as a number of loopholes that make it relatively easy to lessen the burden.

Although legislators have been unwilling to broach the subject, it’s an area that desperately needs reform.

So what do governments plan to do about corporate tax dodgers? Missing out on billions, if not trillions of dollars in revenue has sent up red flags in certain government circles, yet it seems that little is done to combat it.

Well, the Organization for Economic Cooperation and Development (OECD), a group of industrialized and advanced nations — of which many European, North American, and Asian countries are members — has set its sights on tackling the issue. The announcement of the OECD/G20 Base Erosion and Profit Shifting Project, which is designed to put into place a single set of tax rules on an international scale in efforts to curb tax avoidance, is the first step.

The plan, which was put together by the OECD at the behest of G20 leaders, “aims to help governments protect their tax bases and offer increased certainty and predictability to taxpayers, while guarding against new domestic rules that result in double taxation, unwarranted compliance burdens or restrictions to legitimate cross-border activity.”

Through a series of key elements that the OECD wants to address by next year, it’s hoped that the plan can start to make some real progress toward resolving the issue of tax avoidance.

“The G20 has identified base erosion and profit shifting as a serious risk to tax revenues, sovereignty, and fair tax systems worldwide,” said OECD Secretary-General Angel Gurría, while presenting the plan. “Our recommendations constitute the building blocks for an internationally agreed and coordinated response to corporate tax planning strategies that exploit the gaps and loopholes of the current system to artificially shift profits to locations where they are subject to more favorable tax treatment.”

While there are a total of 15 areas that need to be addressed, the OECD says seven of them are to be tackled by September 2015. 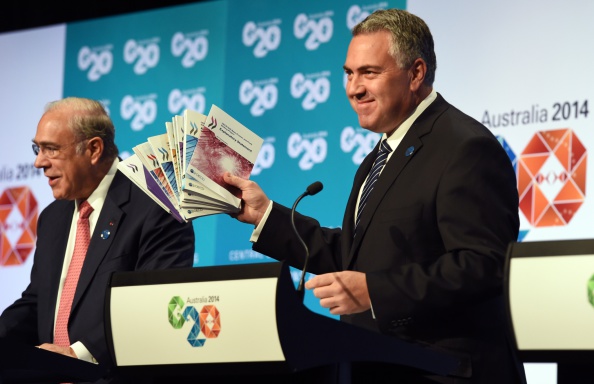 The OECD’s plan is a tremendous undertaking, but it is certainly refreshing to see the wheels actually turning in an effort to curb one of the world’s biggest issues. Considering the plan the organization has laid out, things will need to get started rather soon in order to meet the projected September 2015 deadline for the implementation of the strategy’s first seven main components.

Of those seven, the first step is to address the challenges of a new and evolving digital economy. The Internet and e-commerce have brought about a whole new set of challenges for governments as far as taxation, and this first step looks to put some effort into clearing up the issue.

Following that, the OECD hopes to implement a new international tax model and treaty provisions, counter harmful tax practices, find ways to prevent the abuse of tax treaties, and address transfer pricing issues. Of course, each of these steps is in itself incredibly complex and detailed, but they are all thoroughly explained in the OECD’s model.

The real question to ask is whether it will actually work.

With thousands of trade agreements already in place between nations spanning the globe, finding a way to make the OECD’s plan take root and actually have an effect will be a challenge. However, OECD officials are confident, and they plan to continue working with member nations to ensure the organization’s goals run along smoothly.

Much of the success of the plan will ride on the development and implementation of that instrument.

Of course, there is likely to be backlash from the corporate community, as well. While many big businesses typically send their army of lobbyists to Capitol Hill in an effort to fight for their interests, this plan poses a particular threat because of its scope and size, as well as the inclusion of many nations, not just the U.S. It’s unclear what form that backlash will take, but surely there are teams hard at work in devising a way to get around new restrictions and tax burdens.

And whether it works or not, the OECD and G20’s willingness to address the problem and actually put forth a plan is a step in the right direction.