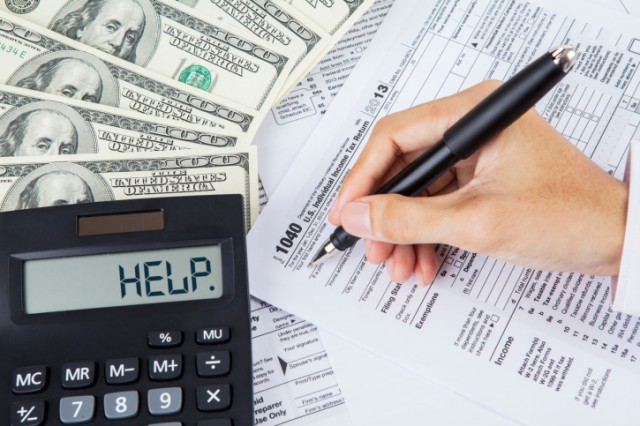 America may have the most powerful financial system in the world, but that’s not translating to the teenagers living in the U.S. In fact, American teens are average at best when it comes to financial literacy, according to a study published by the Organization for Economic Cooperation and Development.

The OECD, which is a 34-nation organization, surveyed 15-year-old students in 13 member nations, in addition to five other nations, throughout 2012. The goal: To determine their level of familiarity with the financial system. The hour-long, paper-based survey asked the teens questions about bank accounts, credit cards, taxes, and savings, among other things, to figure out their overall understanding of all things financial.

“Finance is a part of everyday life for many 15-year-olds: they are already consumers of financial services such as bank accounts with access to online payment facilities. As they near the end of compulsory education, students will also face complex and challenging financial choices. One of their first major decisions may be to choose whether to continue with formal education and how to finance such study,” said the study.

The report continued: “Financial literacy is thus an essential life skill, and high on the global policy agenda. Shrinking welfare systems, shifting demographics, and the increased sophistication and expansion of financial services have all contributed to a greater awareness of the importance of ensuring that citizens and consumers of all ages are financially literate.”

American teens were ranked ninth when it comes to financial literacy, with an average of 492 points, placing them smack-dab in the middle of the pack. Fifteen-year-olds in Shanghai filled the No. 1 spot, proving they were the most financially literate teens surveyed, with a mean test score of 603. Following Shangai was the Flemish Community of Belgium, Estonia, Australia, New Zealand, the Czech Republic, and Poland. On the other end of the spectrum was Colombia, ranking last, with an average test score of 379.

The survey found that close to a fifth of American teens don’t reach a baseline level of financial literacy. Simply put, 18.9 percent of U.S. 15-year-olds don’t understand much more than the difference between basic needs and wants.

Furthermore, 9.4 percent of the American teens surveyed are classified as top performers, meaning they’re able to understand the impact their financial decisions have on their futures. That was fairly even with the 9.7 percent average across all the countries. It was, however, far below the 43 percent of Shanghai students who performed at that level.

Seventy percent of 15-year-olds in the top socioeconomic quartile hold bank accounts, while only 32 percent of teens who are in the bottom quartile do. The gap between the two is the largest gap of all 18 countries studied, according to the OECD report.

Of the surveyed American teens, 51 percent have bank accounts. The report also showed that financial literacy doesn’t differ much between girls and boys. In the U.S., financial literacy is strongly linked with performance in math and reading. Additionally, of the students who took the exam, those with a bank account scored significantly higher.

All of these findings helped those conducting the survey reach one conclusion: American 15-year-olds are mediocre when it comes to financial literacy. However, many agree that being average doesn’t cut it. Time reports U.S. Secretary of Education Arne Duncan saying that “average is not good enough.”

“Young people, to be successful, to secure retirement, to take care of their families, and to not be in poverty, have to have a level of financial literacy that 30, 40, 50 years ago maybe wasn’t required,” Duncan said. “Today it’s an absolute necessity.”

Annamaria Lusardi, a professor at George Washington University who is chairing the OECD group that designed the assessment, said in a CNBC interview that this test serves as an important way to determine where teens are at when it comes to finances, adding, “I think it shows there’s a lot more to be done.”

Duncan told Time that improving math education and reading can help close the financial literacy gap. By having teachers introduce students to the idea of financial responsibility in real-world contexts, such as explaining how investments work and the ins and outs of the stock market, teens can begin to gain a better sense of finances and how it impacts their future.

Additionally, Duncan said it’s important to also look at the issue by race. John W. Rogers Jr., chair of the President’s Advisory Council on Financial Capability for Adults, said that African Americans and Latino workers have half as much saved for retirement compared to young white Americans. This suggests there may be an “existing educational inequality issue of high-poverty and high-minority schools,” per Time.

It also shows the importance of having parents educate and boost their kids’ knowledge of finances, according to CNBC. What can parents do to help? They can sign their kids up to take a personal finance class, discuss finances with them, and encourage them to get a part-time job to learn about money firsthand.

Experts also suggest adding more personal finance to school curriculums. PBS reports that the Council for Economic Education says that only 19 states currently require a personal finance course. Furthermore, most parents don’t feel as though they’re equipped to pass on financial knowledge to their kids, meaning many teens aren’t being educated on finances at home or school.

The report’s authors stress the importance of financial education, writing that it “can support individuals who are accessing financial products for the first time, helping them to choose between different options and manage their new products effectively. It may also encourage people to select appropriate products that could help them to manage their money and plan for their future.”

Duncan told Time that one thing’s for sure: The U.S. needs to continue brainstorming and finding ways to boost kids’ financial literacy. “There is never any one simple answer, but we are in this together,” Duncan said. “I think so many of the examples where other countries, in some areas, are frankly ahead of us, I think there are tremendous lessons that can be learned.”