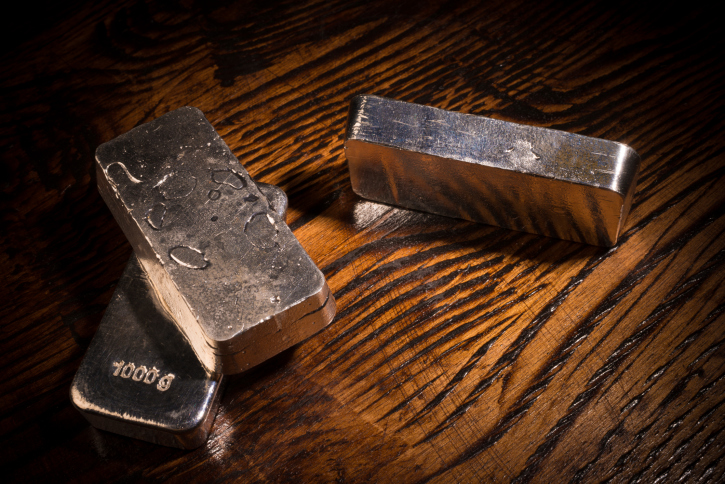 On Tuesday, First Majestic Silver (NYSE:AG) — one of the world’s largest primary silver mining companies – announced its first-quarter production results. Mining companies often release production results shortly after the end of the quarter before it releases financial results. This means that while these results are important, it doesn’t tell the whole story. Nevertheless, it provides a good indication of the company’s overall performance assuming that the company provides accurate production cost guidance.

Regarding First Majestic’s Q1 production results, we see a headline number that masks some small yet not insignificant concerns. The headline reads that the company produced 3.63 million ounces of silver equivalents (silver plus lead and zinc converted into silver), and in the first paragraph the company reports a 33 percent increase in silver equivalent production from the first-quarter of 2013.

There are two primary reasons for the increase. The first is the fact that the company increased production at its San Martin mine.

This shows somewhat that First Majestic is straying somewhat from its goal to focus on mines that produce silver almost exclusively. Granted, this is a very difficult task — most silver is mined in poly-metallic mines along with gold, copper, lead and zinc. But prior to last year, that is, before production commenced at Del Toro, the company was able to generate around 90 percent of its revenues from silver, which is a feat that is unparalleled in the industry. Now the company is getting about 80 percent of its production from silver. This is still admirable, but there are companies such as Tahoe Resources (NYSE:TAHO) that get 85 percent of its revenues from silver.

Going forward, First Majestic has a couple of mines in the pipeline — Plomosas and La Luz — that will produce silver almost exclusively. Therefore, the company should be able to generate a higher percentage of its revenue from silver. But this is a couple years into the future, and we don’t know the economic viability of these two projects.

Another thing that investors should note with regards to the Q1 production report is that while the company was more efficient, it mined less ore. Total ore mined was down 13 percent year-over-year from 730,000 tonnes to 638,000 tonnes. Meanwhile, the company increased its ore grade from 181 grams per tonne to 214 grams per tonne. Furthermore, silver recovery increased from 57 percent to 66 percent. This latter data point refers to how much of the silver found in the ore the company extracted.

Generally, the higher the recovery rate the better, and 66 percent is pretty low. But keep in mind that increasing the recovery rate is kind of like trying to squeeze more orange juice out of an orange. If orange juice prices are low, then it makes sense to squeeze less orange juice from each orange because you use less energy in doing to. By keeping its recovery grade low, First Majestic Silver is deciding not to squeeze out those last few drops and to focus its energy on earning more money. This makes perfect sense in this low silver price environment.

In all this was a quality report from First Majestic Silver, and it speaks to the company’s commitment to growth. But given that the company recently commenced production at its Del Toro mine, and given also that it is increasing production at another one of its mines — San Martin — I don’t think the results were extraordinary.

First Majestic shares still command a premium given the company’s track record of increasing silver production. Its production has gone from virtually nil 10 years ago to what will be 12 million ounces this year and more if we count lead and zinc as silver equivalents. This means that the company is the fourth largest primary silver producer behind only Fresnillo (OTCMKTS:FNLPF), Pan American Silver (NASDAQ:PAAS), and Tahoe Resources. Investors have high hopes that this will continue to the point that management will reach its goal of 20 million ounces of annual production. Given this proven track record, and given the company’s ability to make money at $20/ounce silver, the shares are intriguing. However, using quantitative metrics the shares are overvalued, and what you are really betting on is management’s ability to continue to generate returns for shareholders. This proven ability merits a small position, but keep your eyes on other silver miners as well.