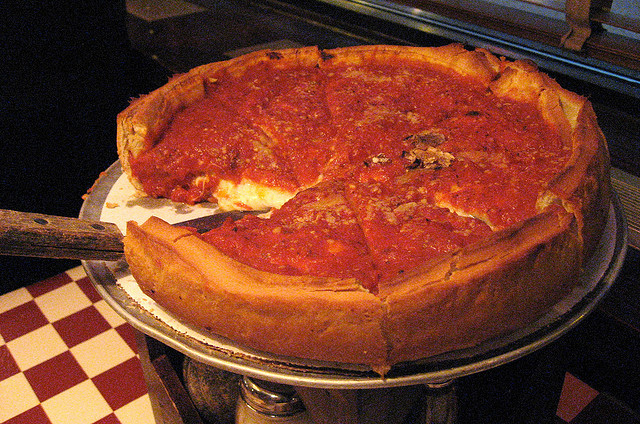 Jon Stewart served up some harsh words for Chicago Wednesday night. Not a politician or individual, but the entire city. What was the offense? Chicago-style pizza. But Stewart’s soliloquy on pizza isn’t the only opinion on the matter, or even the only food dispute in America. Regional, iconic foods abound, and the more popular they become, the more entrenched that style of preparation is to the area. The following are five of some of the most beloved and fiercely defended food items in the U.S.

Rodbard was on the side of New York City. “Chicago pizza is deep dish, cheese on the bottom, overrated yuck.” Tamarkin responded in kind, calling New York’s dish ”[a] limp, soggy one-trick pony.”

The Superbowl in 2013 stirred up more than just football rivalries, it ignited another chance to debate the merits of the coastal crabs, or the East Coast blue crab. Out in San Francisco, food writer Bill Addison consulted chefs, and gave a rundown of the crabs. San Francisco chef Michael Mina said that, “[J]umbo lump, true Maryland crab is the pinnacle for crab cakes,” but later added that, “Dungeness doesn’t have the same sweetness or depth of flavor, but it takes on other flavors better than blue crab.” 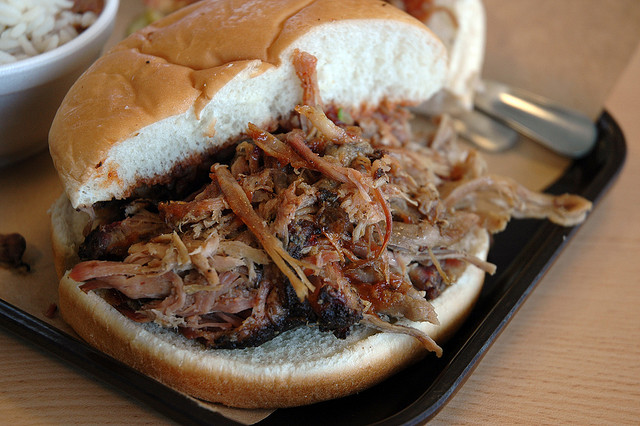 Trying regional types of barbecue can take you on a whirlwind tour of the south. Serious Eats published a roundup of the regional varieties, some of which are listed here. Within North Carolina itself there is Eastern Carolina barbecue, a may-based slaw with a veinegar and pepper sauce, as well as the Lexington/Piedmont/Western, which is a wood-smoked pork shoulder with minced cabbage. In South Carolina, you’ll order a mustard-based sauce, and Kansas sets the American standard with a thick, sweet, tomato-and-molasses based barbecue sauce. Down in Texas your barbecue might be smoked or cooked over an open-pit, depending on where you order it. 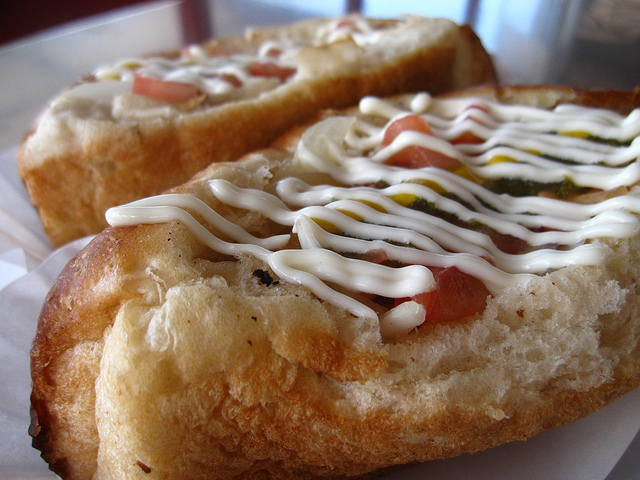 This goes far beyond the New York-Chicago dichotomy Jon Stewart mentioned at the end of his pizza pontification, and again, there are too many to name. In Tuscon, you’ll find the Sonoran dominant. The New York Times chronicled this hot dog’s history in 2009. For over forty years, this Mexican-inspired, bacon-wrapped hot dog has been on the scene. The Sonoran is served up in a split-top roll and has a multitude of toppings, like beans, guacamole, and mayonnaise.

Too many toppings is something Stewart took Chicago to task for in its hot dog. This poppy seed bun-encased dog was born during the Great Depression,and is topped off with mustard, relish, chopped onions, tomato wedges, a kosher-style pickle spear, sport peppers, and finally, a dash of celery salt. All of those toppings make other variations make the New York style hot dog, with only beef or sauerkraut to dress it, look scanty. Another hot dog that goes for simplicity is the Red Snapper in Maine. 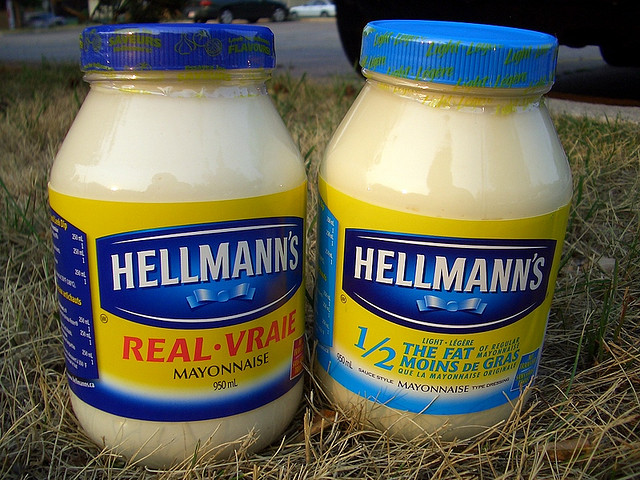 It isn’t just the pronunciation of this word that Americans disagree on, it is also what brand to choose, or to choose mayonnaise at all. Real Simple explains that Miracle Whip doesn’t meet U.S. Food and Drug Administration standards for what can be called “mayonnaise” because it does not contain at least 65 percent vegetable oil by weight. But why some people chose the Kraft topping baffles mayonnaise users as much as Duke’s vs Hellmann’s. The Practical Cook blogger sums up that issue best saying, “But is it Duke’s or Hellmann’s? Please say it isn’t Miracle Whip. I have never met a single person who actually enjoyed that stuff. If you do or did, please post a comment and let us all know why. Seriously, I want to know this.”

With actual Mayo brands at stake, Hellmann’s (the East Coast name) and Best Foods (the West Coast name) are pitted against the South’s dominator, Duke’s. The regional battle lines are clearly drawn as this Atlanta Journal Constitution writer found out in 2009. Unaware of conventional, he put Hellmann’s on a Southern dish, posted it to Facebook and was bombarded with “hundreds of comments and e-mails from readers and got stopped repeatedly in the hall at work to discuss this sandwich,” all because he used the wrong brand.