How Your Favorite Football Team Can Make You a Bad Employee

Nobody likes a sore loser, and for fans of certain sports franchises, the numbness that comes following yet another loss may actually be a consolation of sorts. For supporters of other teams, however? The soreness of losing a big game — be it college or professional football, baseball, or any other sport — may actually carry over and impact other areas of your life. You can become testy and short-tempered, and your productivity and work performance can suffer, for starters.

Sports are a big deal in the United States, but football seems to reign supreme when it comes to fan loyalty and fervor. If you were to walk around an NFL city on gameday, for example, you’d likely run into walls of jerseys, face paint, and all manner of other apparel no matter where you went.

That enthusiasm can backfire. According to some new research from Greece, sports fans savoring the thrill of victory and the bitterness of defeat often experience some bleed-over into their personal and professional lives. More specifically, when your favorite team loses, it can send us into a tailspin — one that we take to work with us, and actually makes us less effective and efficient.

A new paper, published in the Journal of Occupational and Organizational Psychology, has shown that there is indeed a link between your favorite sports team’s performance on the field, and your performance on the job. The research team, led by Panagiotis Gkorezis at Aristotle University of Thessaloniki in Greece, studied the productivity and work habits of 41 Greek military officers, and had them give feedback regarding their favorite football (soccer) team’s performance the previous weekend.

As expected, they found a link.

“Multilevel analyses showed that negative (but not positive) affect mediated the relationship between satisfaction with football team performance and work engagement, which, in turn, related to job performance.”

So, if you’ve long suspected that the office is a little more gloomy on the Monday following the defeat of your home team, you weren’t crazy — there’s actually something to it. Though this study used soccer fans and teams for its research purposes, in all likelihood, similar effects are felt for different sports and fans from different parts of the world. 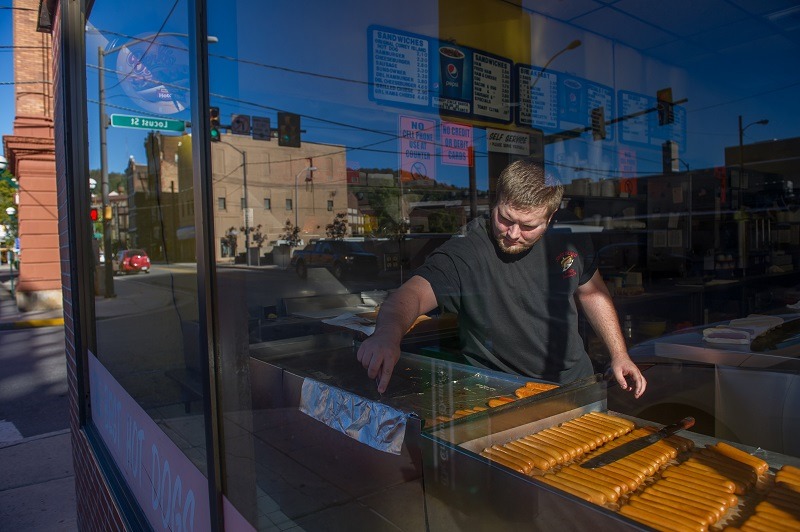 A man slowly working in a hot dog shop, perhaps feeling the effects of a loss from the previous night | Jeff Swensen/Getty Images

There are clearly plenty of jokes to poke at cities like Cleveland or Buffalo (or others with chronically bad sports franchises) that have suffered from tough economic situations in recent years. But interestingly enough, as the researchers said, there didn’t seem to be a positive correlation associated with winning — it was only negative. That is, when an individual’s favorite team was victorious, they didn’t become more productive. The effect was only observed when a team lost and productivity dropped.

For people who aren’t sports fans, this probably doesn’t mean much of a breakthrough. But even if you’re not a fan of the home team (or any team), this can still impact your life as you have to deal with surly co-workers on Monday morning. It’s unfortunate, but this is one way in which sports actually can have real-world implications.

Or, if you are a sports fan, this research may bring up something that you’ve never really considered: Your productivity and work performance is impacted by your fandom. This obviously isn’t going to be a problem for everybody, but for some people, it can be something to watch out for.

It’s not just your fantasy sports addiction that’s going to lose you that promotion — Dak Prescott’s ability to successfully complete a pass on third-and-long may also have big implications.